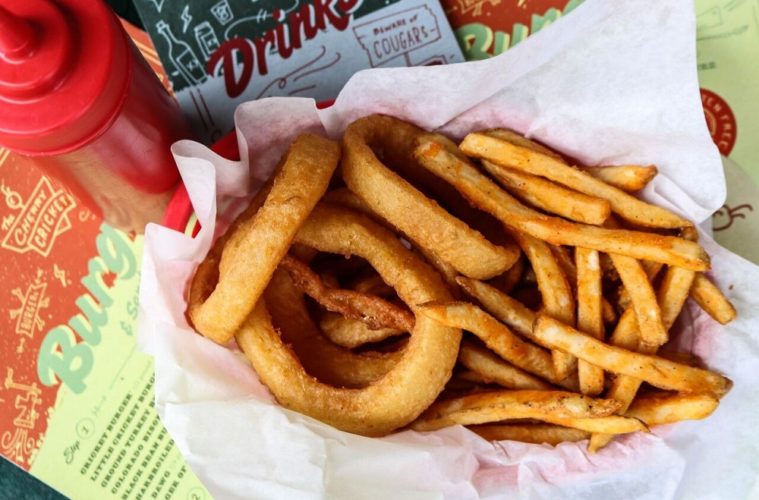 Snow Day Deals for Cheap Food and Booze in Denver

Snow has been few and far between this season but we’re getting some,  and there’s still the rest of February and March for beautiful white winter days. Walking out in the cold isn’t exactly fun, but venturing through the snow to a bar or restaurant is often more than worth it. There are several breweries and restaurants that offer special food and drink deals whenever it’s snowing. From soup to beer to sake to fries, these wintery deals are worth your while. So find a spot near you and get some cheap provisions in honor of a snowy day. 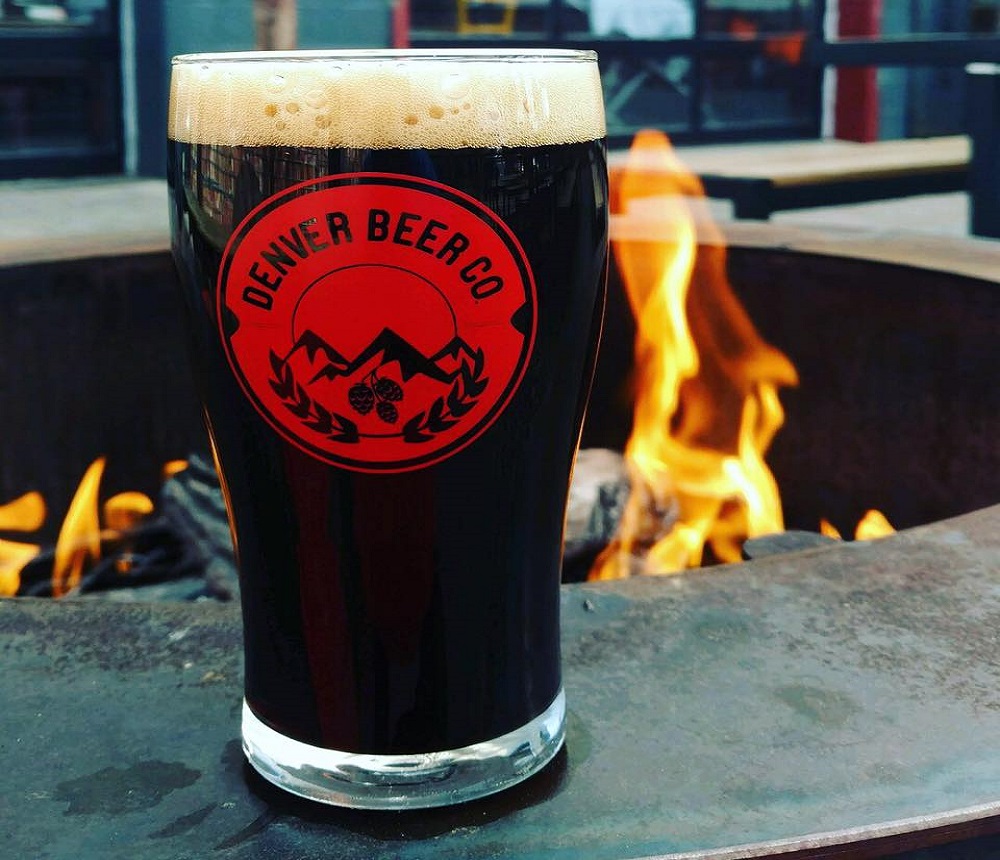 The Lowdown: If you’re going to go out to a bar during a flurry or a snow storm you may as well get the whole experience and sit outside to drink a beer. At Denver Beer Co.‘s Platte Street Taproom, if you sit on the patio when it’s snowing you get $1 off your pint. They’ve got IPAs, porters, saisons and the list goes on. If you can brave the cold, you can save a dollar. 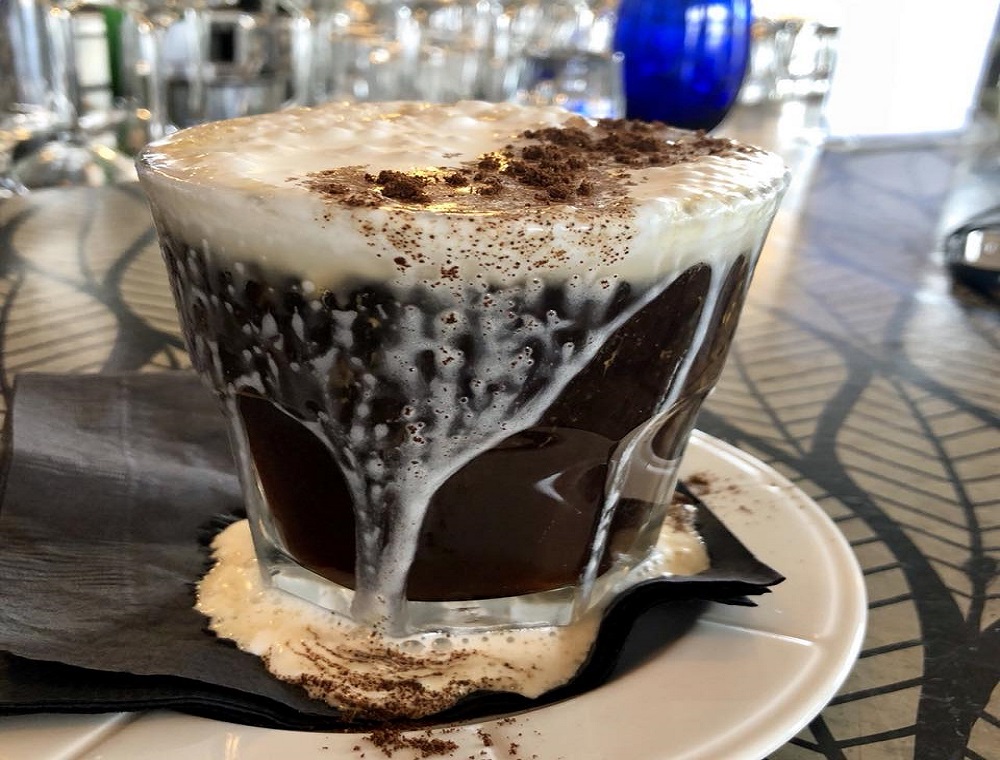 Photo courtesy of The White Whale Room on Facebook

The Lowdown: When you were a kid, a snow day may have entailed a delicious cup of hot chocolate made by your mom. But now you can enjoy that hot chocolate with some liquor if you please. At the White Whale Room, whenever it snows, they serve $6 hot cocktails. How’s a Scottish Coffee made with chai-infused scotch sound? And there’s always the traditional Hot Toddy and Irish Coffee, but done the White Whale Room way. 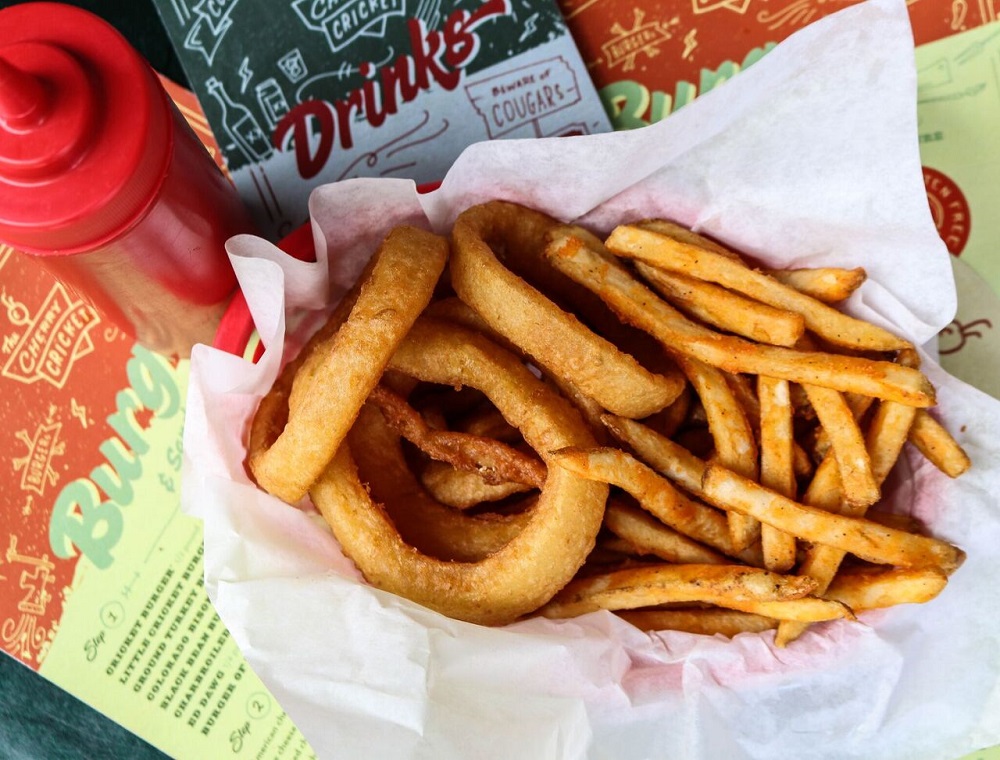 The Lowdown: Hot food on a snowy day is kind of essential, especially if it’s free. Whenever there is snow on the ground, The Cherry Cricket offers a FREE basket of fries with the purchase of an entrée. All you have to do is mention “snow day deal” before ordering. So why not buy a burger and a beer at one of Denver’s oldest sports bars and receive a free basket of those delicious golden things. 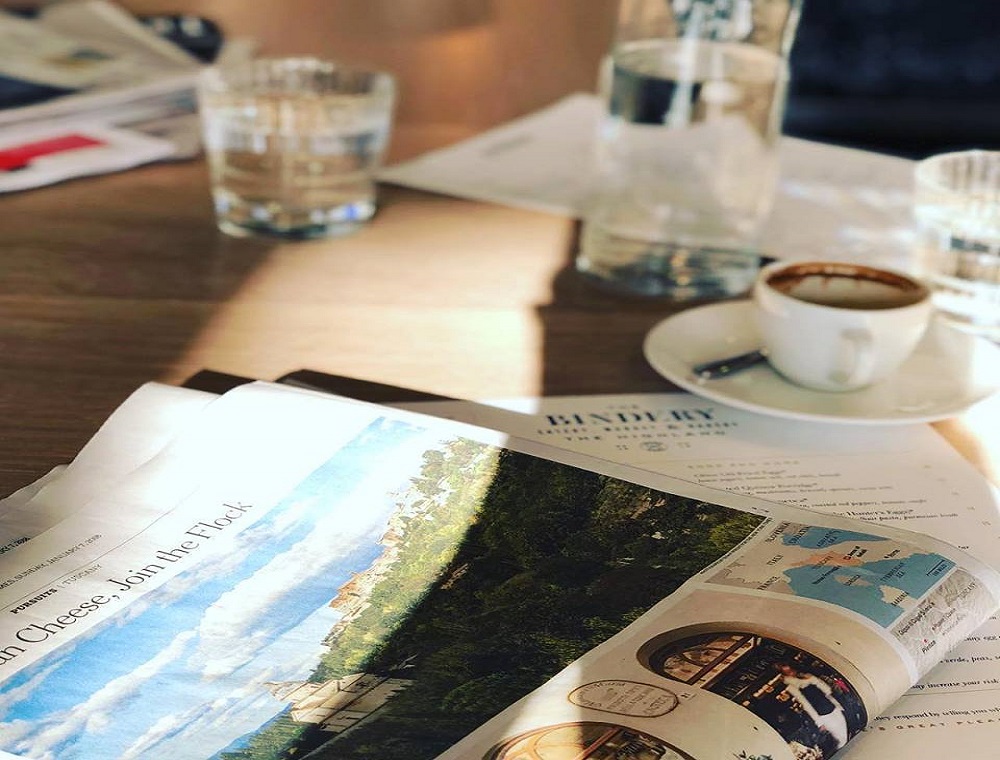 The Lowdown: Coffee, for most of us, is as essential a part of the day as getting dressed. On snow days, The Bindery ‘Eatery, Market & Bakery’ in Highland offers complimentary drip coffee from 7 a.m. – 10 a.m. Same goes for wine, it’s pretty essential for some of us. They also offer select BOGO wines during their ‘Blue Hour’ from 4 p.m. – 6 p.m. I’d say a snow day is a good day to go to The Bindery. 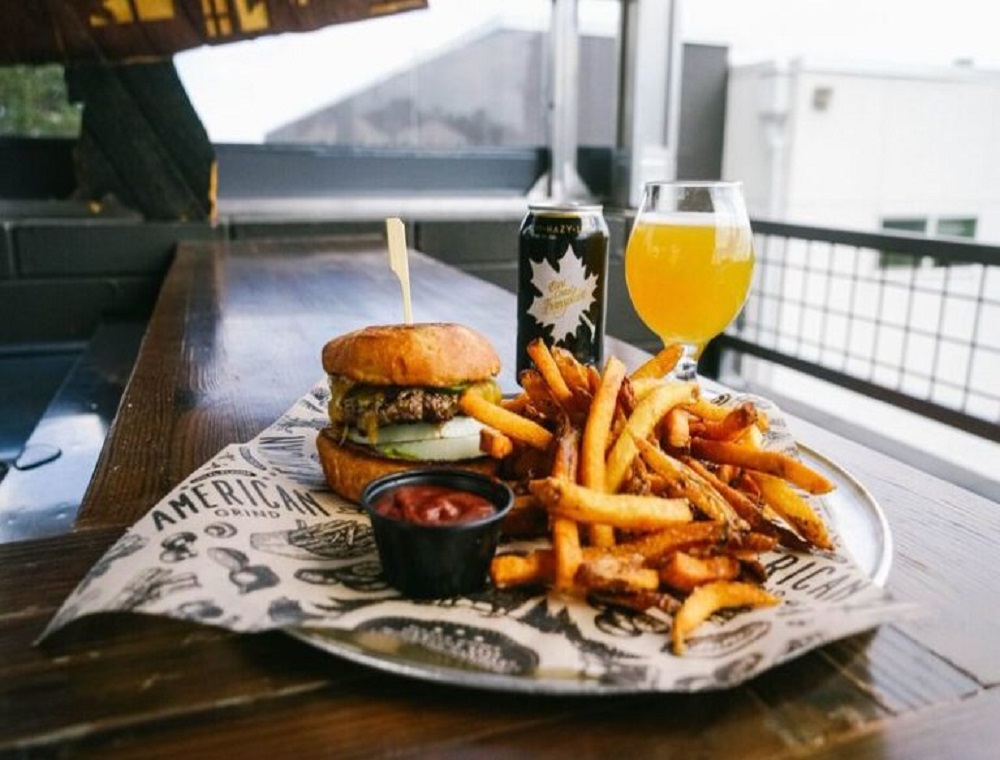 The Lowdown: Avanti F&B has got deals on deals on deals when it snows. If you haven’t been, it’s a modern, hip food-court type eatery with all kinds of cuisines, two bars and a rooftop patio. So here are the deals: 20 percent off all hot cocktails from the bars, $1 off burgers and ice cream at American Grind, a $6 Margherita pizza at Brava! Pizzeria, $3 Clam ‘Chowda’ at the Regional, a $5 Rigatoni with Bolognese at Chow Morso, 25 percent off Kaya Toast at Kaya Kitchen and $2 Miso Soup at QuickFish Poke Bar.

It doesn’t get much better than that. 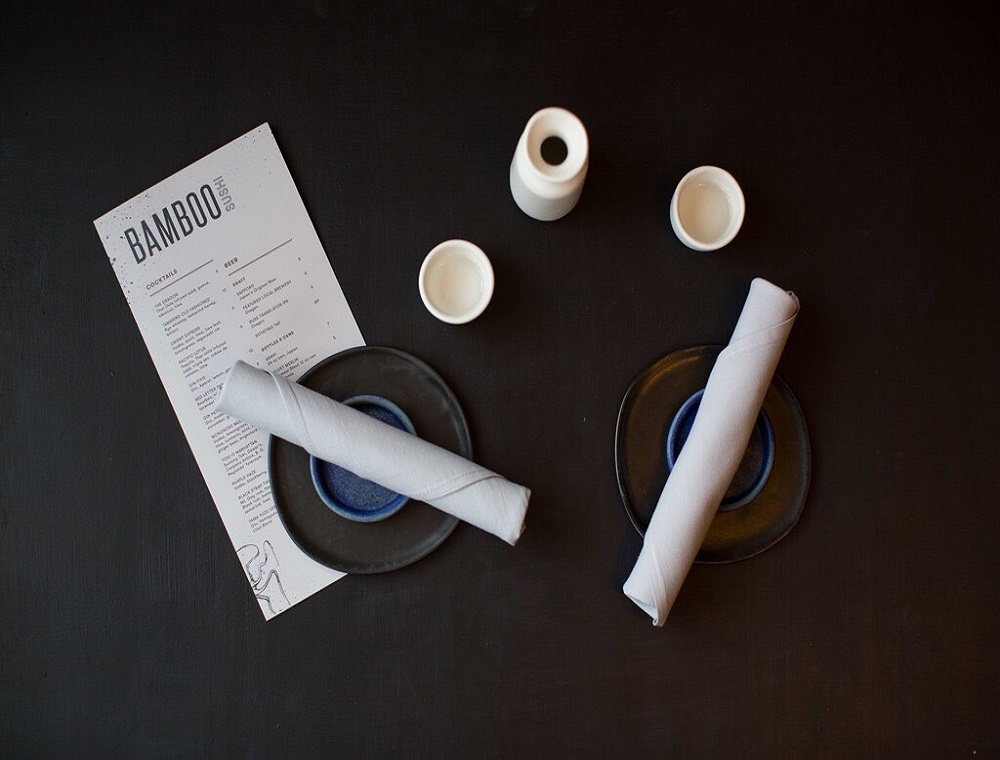 The Lowdown: We would say hot Saké is a good way for anyone to keep warm on a snow day. Bamboo Sushi offers one complimentary House Ozeki Saké when requested by a guest. Enjoy your free Saké with some of their spicy dishes like the Cauliflower ($8) served fried with spicy black bean sauce and toasted cashews. And of course, a sushi roll or two. 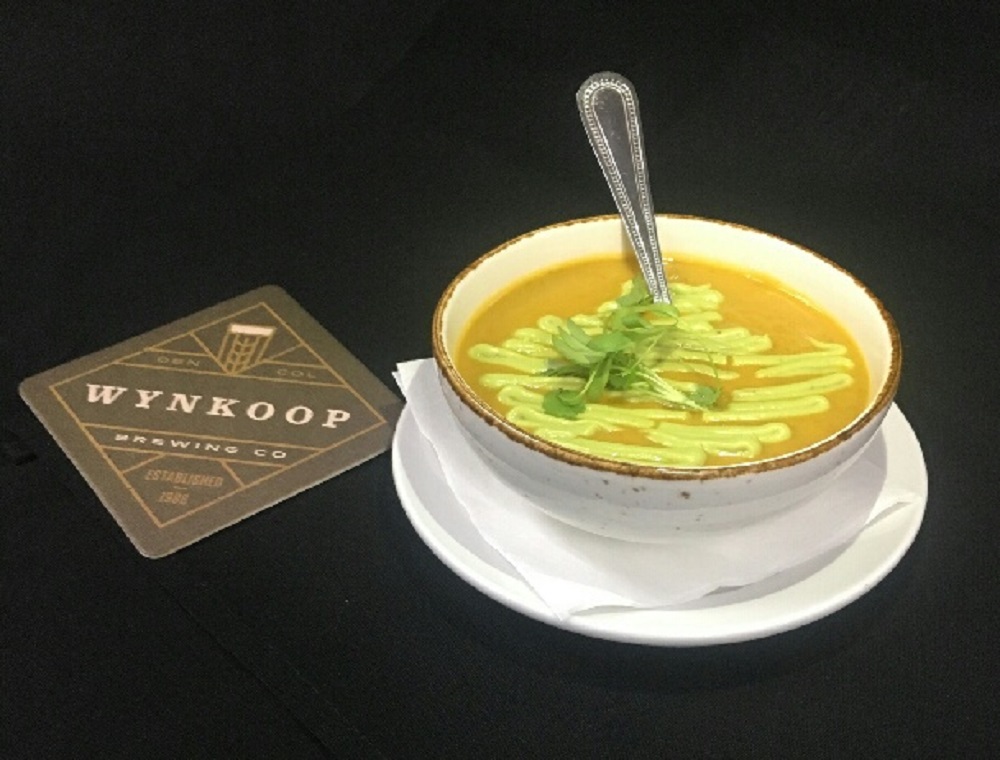 The Lowdown: Just like hot chocolate, your mom probably made you some soup or stew during snow days growing up. Now you can go out and get your own soup on a snowy day, with some beer on the side. At Wynkoop Brewing Company, snow days call for a free cup of soup with the purchase of an entrée. But you must mention “snow day deal” before ordering.  How about a free cup of roasted butternut squash soup with avocado cream and micro cilantro with some Fish N’ Chips ($14)? 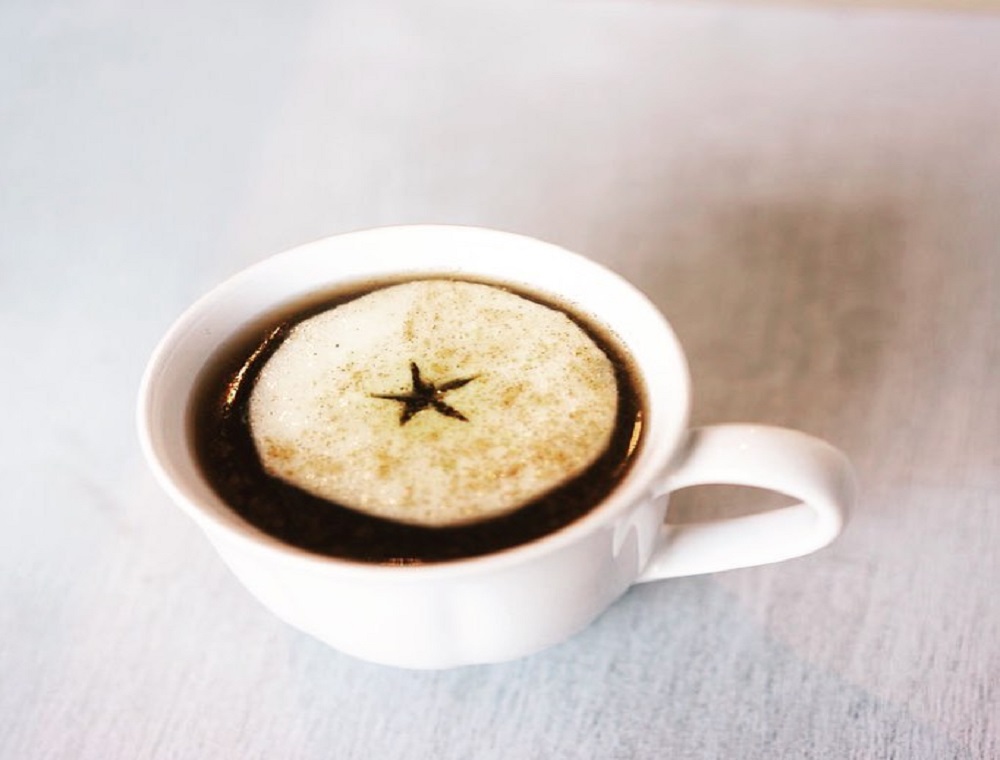 The Lowdown: This is a pretty specific deal, yet it screams winter and snow like no other. The recently new Just BE Kitchen, which focuses on a healthier fare, is offering a $10 snow day deal consisting of an apple crumble with maple cinnamon and ginger glaze and a grain-free whiskey (made with quinoa!) hot apple cider. Whiskey is normally made with corn, so if you’re allergic to corn, you need this hot apple cider in your life. A snow day pairing for the ages. 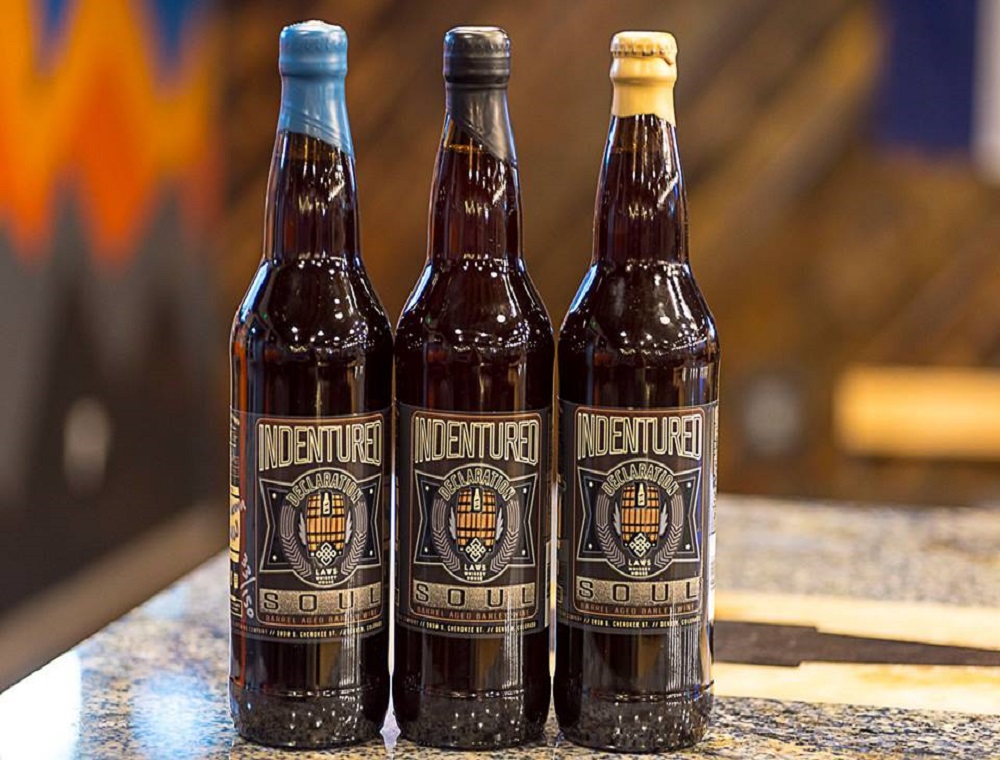 The Lowdown: If you’re a beer person – this is the deal for you. Declaration Brewing offers 25% off ALL beers when it’s snowing. In their words: ‘when it snows, it flows.’ They’ve got over 30 beers to choose from: stouts, porters, IPAs, wheat ales, lager, hefeweizen – the list goes on. And there’s always a food truck around to fulfill your drunken munchies. 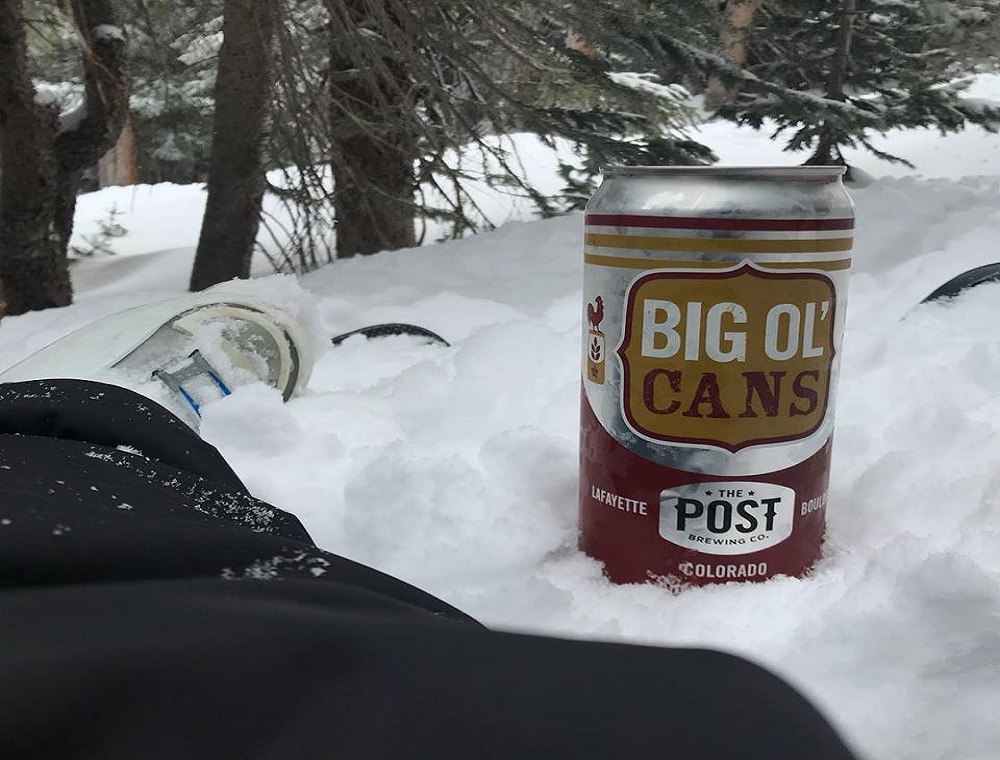 The Lowdown: If you find that you’re 45 minutes northwest in Lafayette when it’s snowing, you should probably go to the Post Brewing Co. Why? Because ALL beers are $4. I repeat all beers are $4. And to be more specific – there are 12 beers to choose from. There’s a Post Brewing Co. in Denver yet they don’t have the deal. We should probably convince them to reconsider