Gaze Upon New Art by Denver’s John Vogl This Weekend

A new year often finds many people adhering to a “new you” mentality with half-hearted attempts at workout routines and diets. But Denver-based artist John Vogl has used the new year— and the offer to create a solo show at Helikon Gallery— as a great excuse to experiment with his style and complete his own resolutions to grow as an artist (and person.) Gazes, on view February 1 to March 3 in the smaller gallery space in Helikon, is the result of a few whirlwind months for Vogl with nearly 40 pieces on display. The show will have some of his veteran fans and newcomers alike entranced. And according to Vogl, most of the pieces will be affordable. 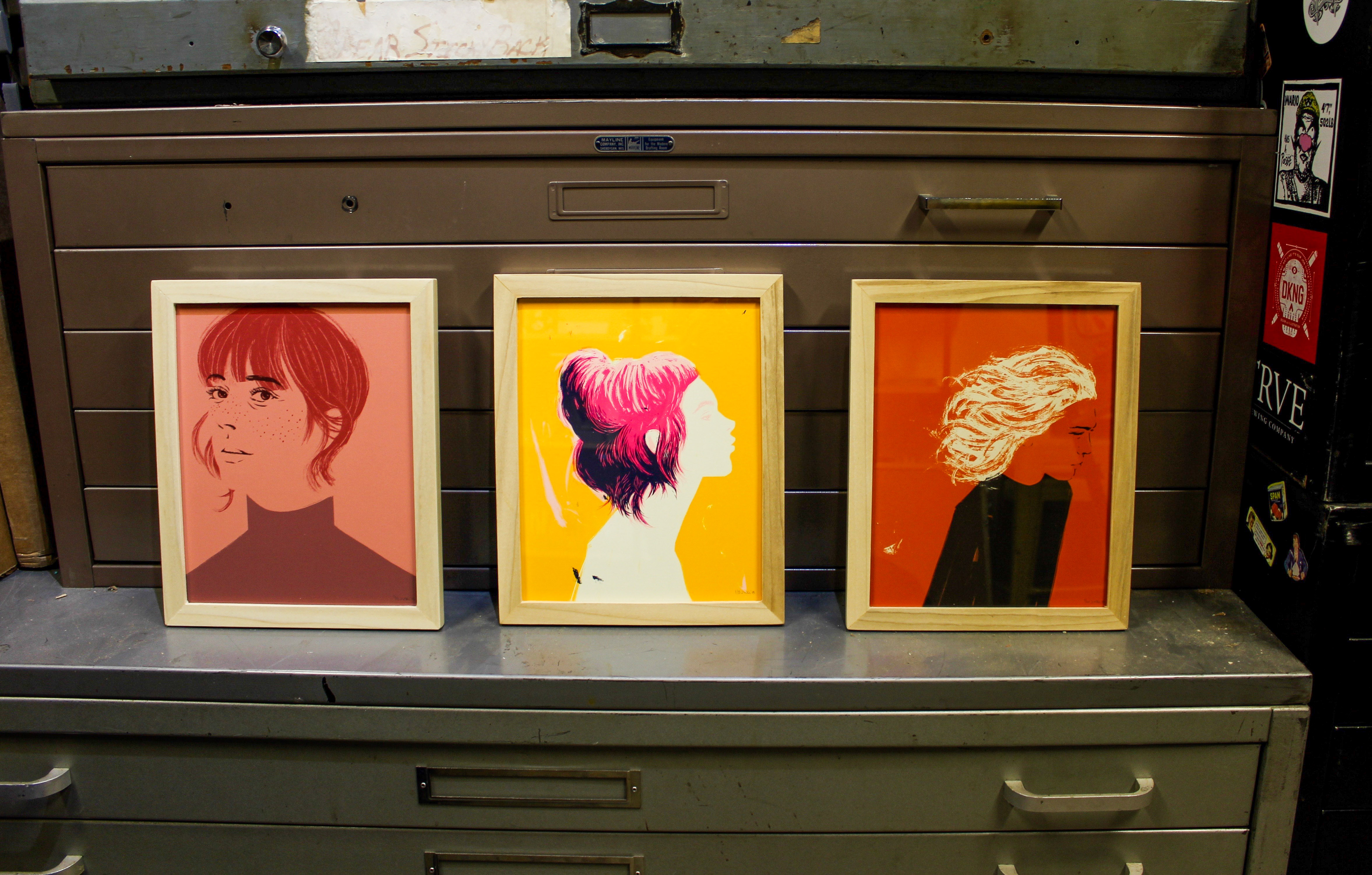 Vogl has spent years making concert posters for a variety of bands— St. Vincent, Shakey Graves and Sylvan Esso to name a very few—as well as other commercial work. Typically his prints are highly detailed line work combined with bold color swathes and peppered with imagery inspired by nature and animals. His online persona, and the name of his art-fueled business endeavors, is The Bungaloo.

Read: The Art of the Concert Poster: Designs by Denver-Based Artist John Vogl

But for this upcoming show, he wanted to take a step away from his repertoire and experiment with his style and subject matter. “Helikon was open to me trying something different and it was a restart button for myself,” Vogl explained about the change of direction. “At first glance, this work seems quite different from what people would expect from me, but I’m trying to pick up on themes and approaches I did years ago, only now I can do them all with better skill.” 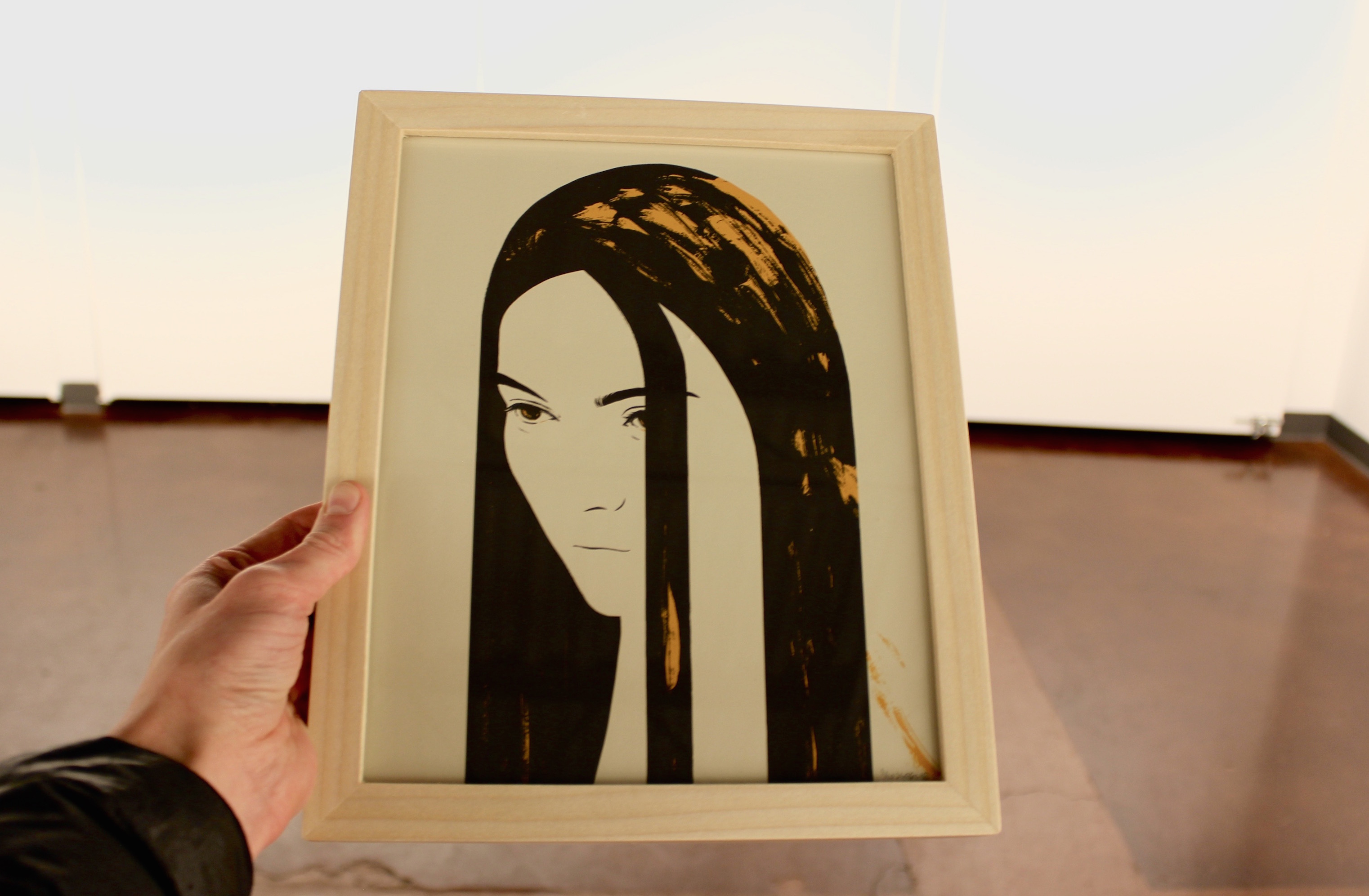 The new work is gestural, organic and highly emotive. His past artworks provide visual harmony, but these incite an instinctual response. Each piece is a portrait of a different woman, composed of loose brush strokes and sometimes detailed with black lines. Vogl’s use of eye-catching color is still present, but it now serves a more visceral purpose, aligning with the facial expressions of the women. Another variance from his previous work is that Gazes is a digital art show (except for the handful of original works). The hand-drawn pieces in the exhibition are in gray tones with white and black highlight and lowlights— a product of charcoal and gouache. 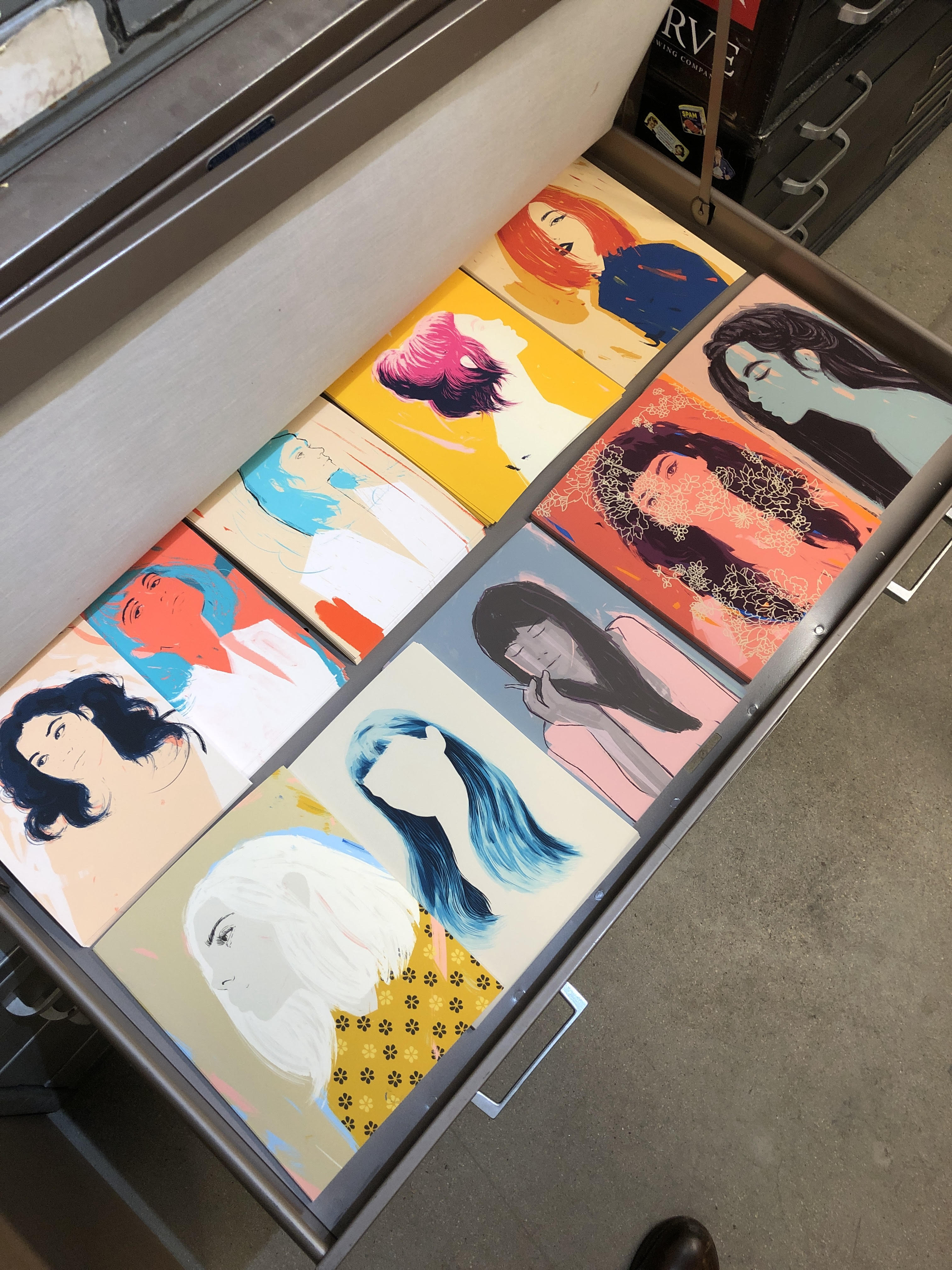 “I’ve been using digital painting in portions of my work for a few years. I usually do pretty clean work, pretty tight, and some of that is informed by screen printing, and some of that is the habits I’ve fallen into, and I wanted to get outside of that,” he commented. “You can experiment really quickly [with digital art.] I find I’m usually very deliberate when I work by hand because you don’t have the ‘edit-undo’ option.”

Women are the focus of the show because Vogl wanted to have a subject matter with a good amount of variety and also the room to experiment with styles. Despite the insistence of some friends and onlookers, none of the subjects are modeled from people Vogl knows or has seen before—unless it’s subconscious. What strikes the viewer at first glance is how familiar most of the women appear, as if anyone could find themselves or someone they love in one of the frames. Don’t take Vogl’s choice of this theme at any more than face value, or as he explains, “it seems like everything is overly charged with politics anymore, and I’m not trying to make any sort of political statement with this new work. I’m selfishly using this show much more for stylistic exploration than anything else.”

Gazes, as mentioned before, showcases Vogl with almost 40 artworks. Giclées— a technical term for a digital print— makes up the majority of the exhibition, with 30 on display in various sizes. The remaining 10 are a mixture of screenprints and original paintings. Partly because of time constraints and partly because he wanted to make his work accessible and affordable, Vogl refrained from making any huge pieces. Currently, prices vary and start at $25 for prints to $200 for original, with price options in between.

There is an opening night celebration on Thursday, February 1 from 6 to 10 p.m. and another chance to see it with free libations the next night during First Friday again from 6 to 10 p.m. Gazes closes on March 3.

Helikon Gallery & Studios is open Tuesday through Saturday from 12 to 6 p.m. (or later with special events) and you can stop in Vogl’s studio upstairs to see his other merchandise, concert posters and the artist himself. 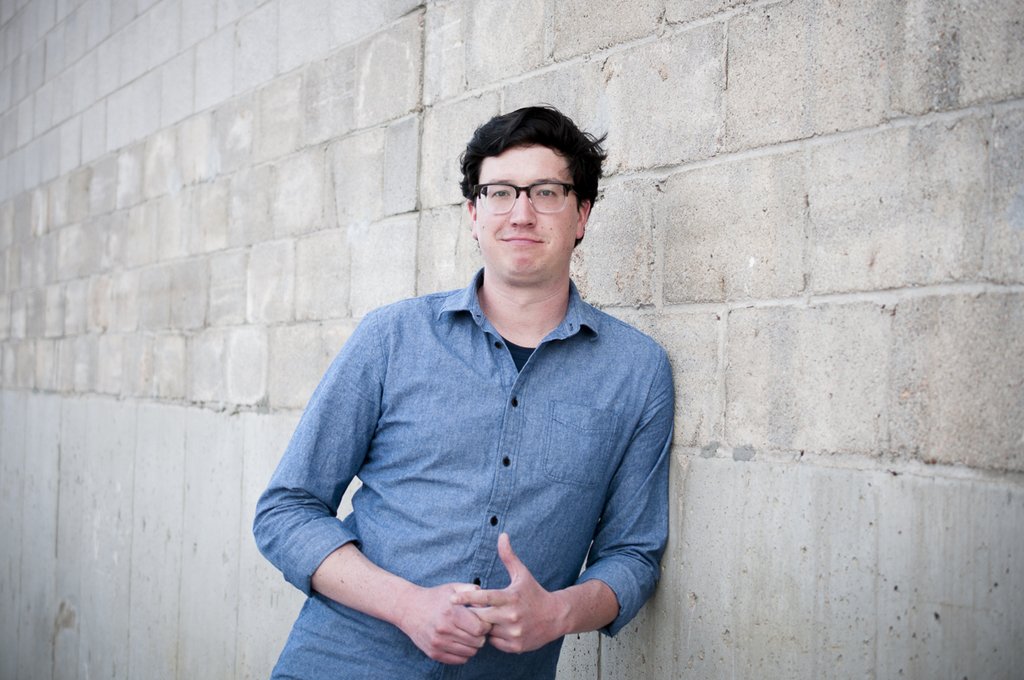