Concert posters have made their mark in the art world 40 years after Bill Graham began his Fillmore Poster Series in San Fransisco. From the almost illegible handwriting of psychedelia to the xerox–ed punk rock era to the realization of the silkscreen and going digital, posters have undergone many changes. All of these have culminated in where they are today— collectible, high–quality prints which reflect the evolution, and collaboration, of music and culture. 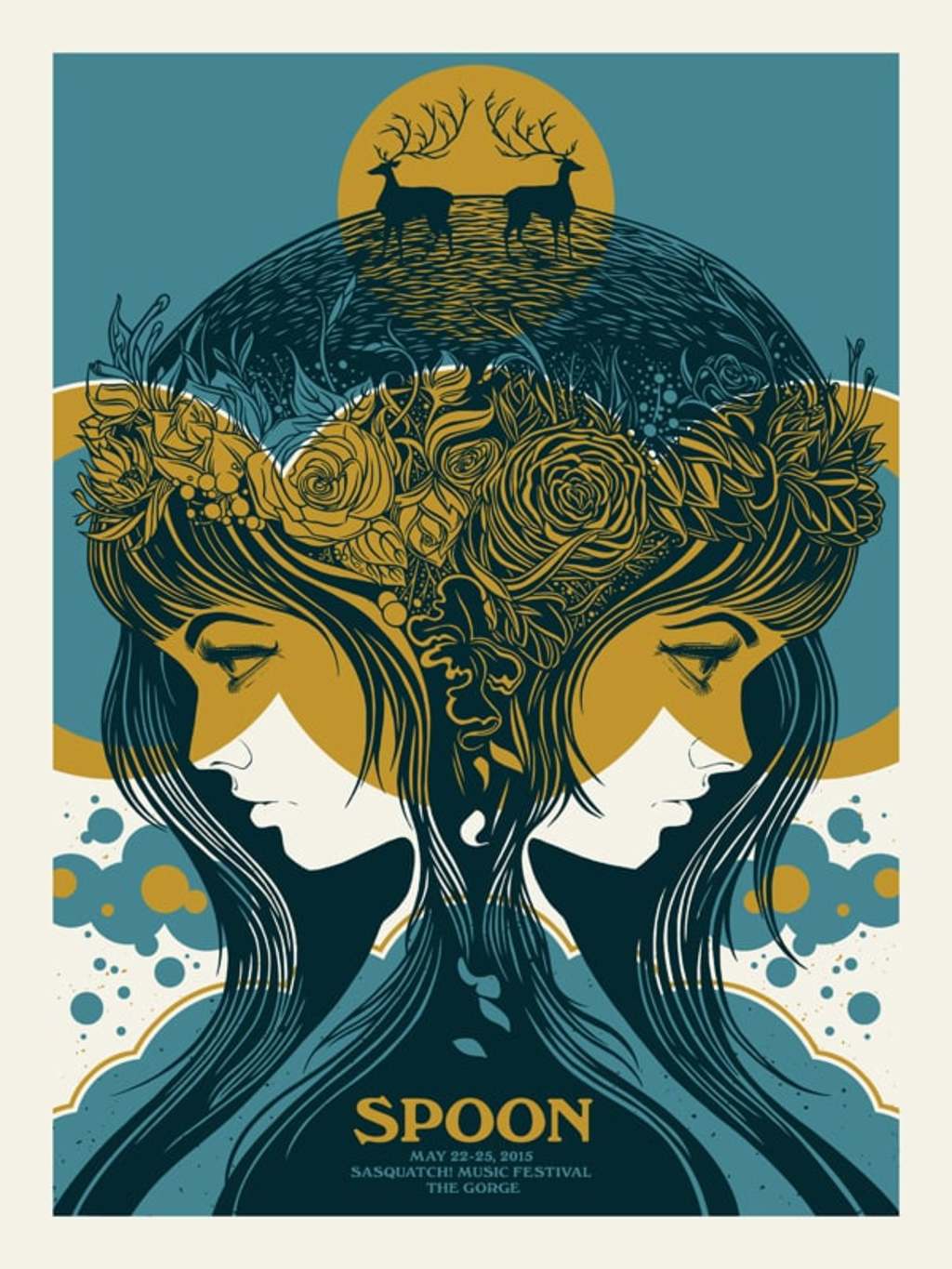 But perhaps what you do not know is that these posters are imagined and created by local artists, artists like John Vogl of The Bungaloo. Based out of Denver, Colorado, Vogl has made posters for major acts including Phish, The Head and the Heart, Vance Joy, Trampled by Turtles, Duran Duran, Dave Matthews Band and GriZ. Concert posters are what put him on the map, artistically speaking. Most of the time he does not hear from the band directly—their management or promoters are in charge of such matters, nevertheless he takes the time to get to know a band before creating a poster for them.

“Not only will I listen to what’s popular and what’s not but also I read up on their history, or where they are from or how they came together. I’m trying to tune into different narrations of the band. I try to hide little ‘easter eggs’ in there if I can, gems that fans or the band will appreciate, otherwise sometimes it’s about where a show will be performed.”

Vogl started his career by first collecting concert posters and then creating his own for friends’ bands in St. Louis, for “free beer and high–fives.” He attended Drake University and received a Bachelor of Fine Arts in Design where he spent most of his time in the screenprinting studio. Five years ago he moved to Denver. After working for some advertising firms and a letterpress shop, he realized his desires to have more control over his creativity.

In many ways, concert posters are a form of advertising. However, the rise of individual artistic expression through concert posters have elevated them above most advertising, making them a more appealing avenue for artists. About his time with the advertising firms Vogl recalls, “it was mainly about getting to a point where I could do fun stuff full-time. It was a slow process, I spent four or five years working full-time jobs and moonlighting with my creative work and the last five years switching those roles so my creative work is my full-time job.”
The entire poster begins with a loose sketch, a simple idea. Vogl then traces his sketches with pens—the .005 Pigma Micron his most trusted pen choice—and occasionally adds color before scanning them into his computer. Once digital, the illustrations are easier to alter depending on the client’s needs and any text is added. The finished design is sent to a screenprinting shop, where a limited number of posters are printed. The promotion companies buy the prints wholesale from artists like Vogl, allocating him a certain number for his own sales and distribution through his website or traveling poster shows like Flatstock at South by Southwest, where 100,000 music fans comb through various posters from over 40 poster artists.

“You never should have a finished idea in your head. Staring at a blank page is the worst thing you can do—start with anything and just keep letting it evolve.” 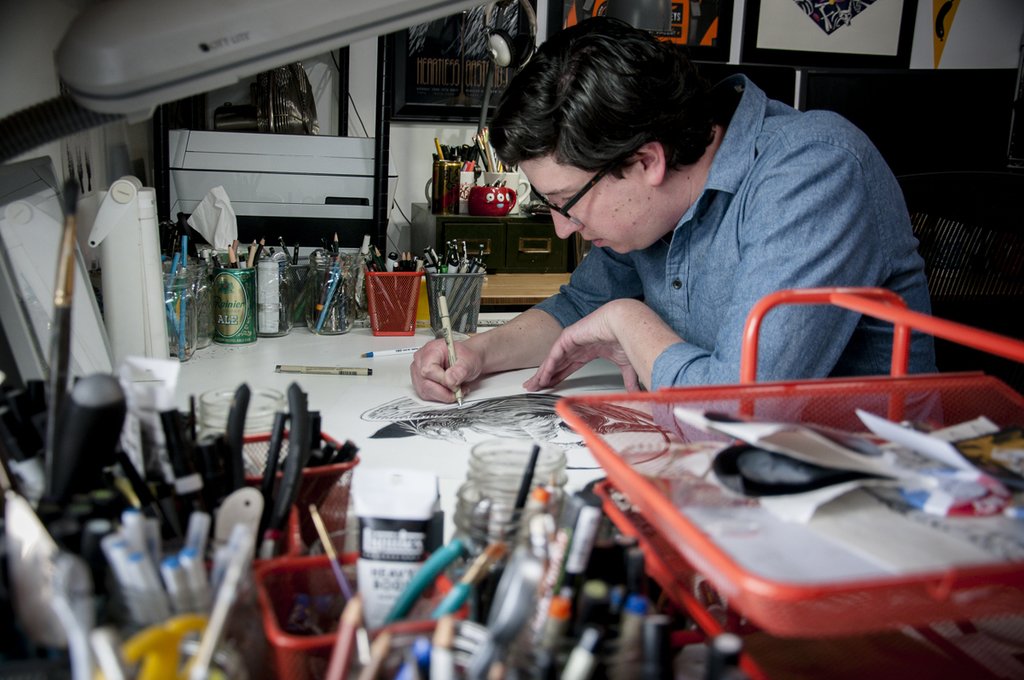 Denver is a receptive community, as far as concerts and posters for concerts are concerned. But, as anyone who has gone to a show at Red Rocks knows, posters are not always sold at the merchandising tent. Some posters are bootlegged.

“That is a huge problem in a very niche world,” Vogl remarks, “getting upset about it doesn’t change anything.” Anyone can probably understand that having your job undercut by illegal deeds is frustrating. But Vogl is kind and confident in saying, “people who operate the proper channels—like band management or promotional companies—they will be choosing the legitimate artist over the bootlegging one. I have no animosity toward the bootleggers, I know mostly they are just superfans.”

Even the most prolific poster artists—like Dan Stiles— admits that, “the best-paying work is still outside of the world of posters.” Vogl seems to understand this as well and he now has a diverse selection of products, ranging from beer cozies to pint glasses to stickers and t-shirts. A few years ago he partnered with Breckenridge Brewery and Never Summer to create the graphic for a snowboard—though he guiltily admits to not being a snowboarder. He has momentum and contracts for future projects, enough to keep him in his studio until all hours of the night. “It’s all part of the process. You never should have a finished idea in your head. Staring at a blank page is the worst thing you can do—start with anything and just keep letting it evolve.”

Vogl is a wonderful example of hard work paying off. His passion is contagious, bouncing off the shiny slanted ceiling of his studio and into the hall, where some of his posters are hanging for sale.

“My parents used to doubt all of this, back when I was living in some tiny, crappy apartment, but now my dad will call and actually tell me if he doesn’t like something. He will say, ‘well, at least you know I’m telling you the truth.’”

Visit John Vogl at his studio in Helikon Gallery, up the stairs and to the right. There are sixteen other artists working in studios, all of which are open to the public during gallery hours. Or, check out some of his previous posters and illustrations (for sale) on his website. And next time you buy a poster at a concert, remember that an artist—possibly a local one—took the time and energy to create an image that helps you remember your experience. 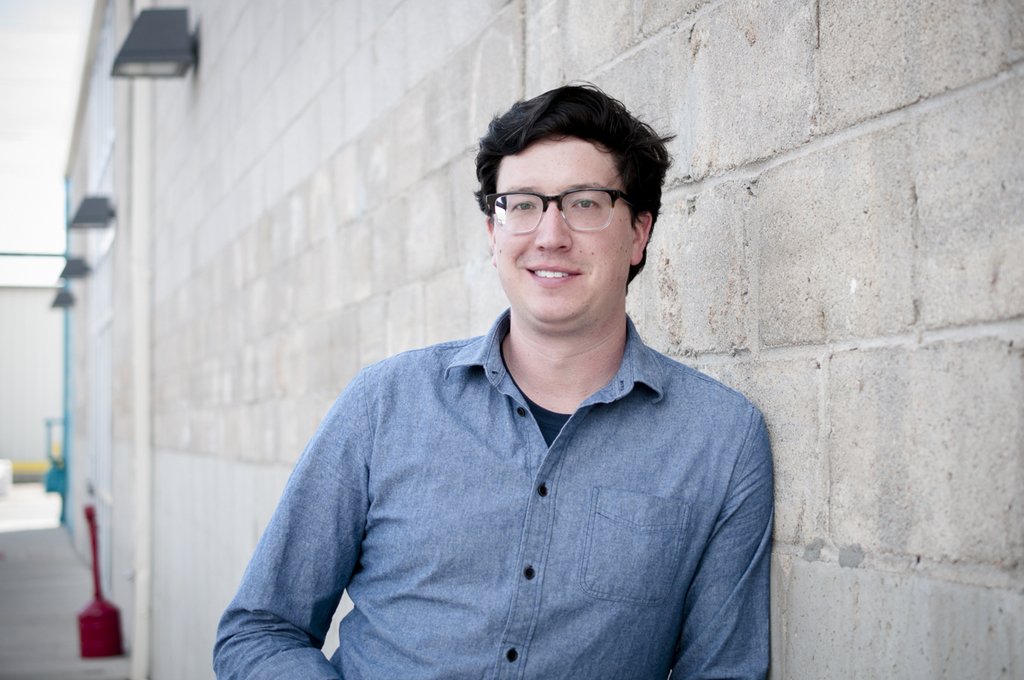