ChoLon Team to Expand with Two New Restaurants Next Door

Some of Denver’s most recognizable names in the restaurant industry (chefs Troy Guard, Jen Jasinski and Max Mackissock, to name a few) have kept the wheels of growth turning for Denver’s restaurant scene with what seems like endless openings. For 2018, you may want to add chef Lon Symensma to that list.

As early as 2010, the chef made a name for himself in Denver with his seven-year-old modern Asian bistro, ChoLon, and has since gone on to open Cho77 in 2015 followed by Concourse Restaurant Moderne and Kaya Kitchen at Avanti in 2017. For the new year, that roster will grow with the addition of pan-European LeRoux and a brick-and-mortar home for Kaya, both adjacent to ChoLon in the Sugar Cube building downtown. 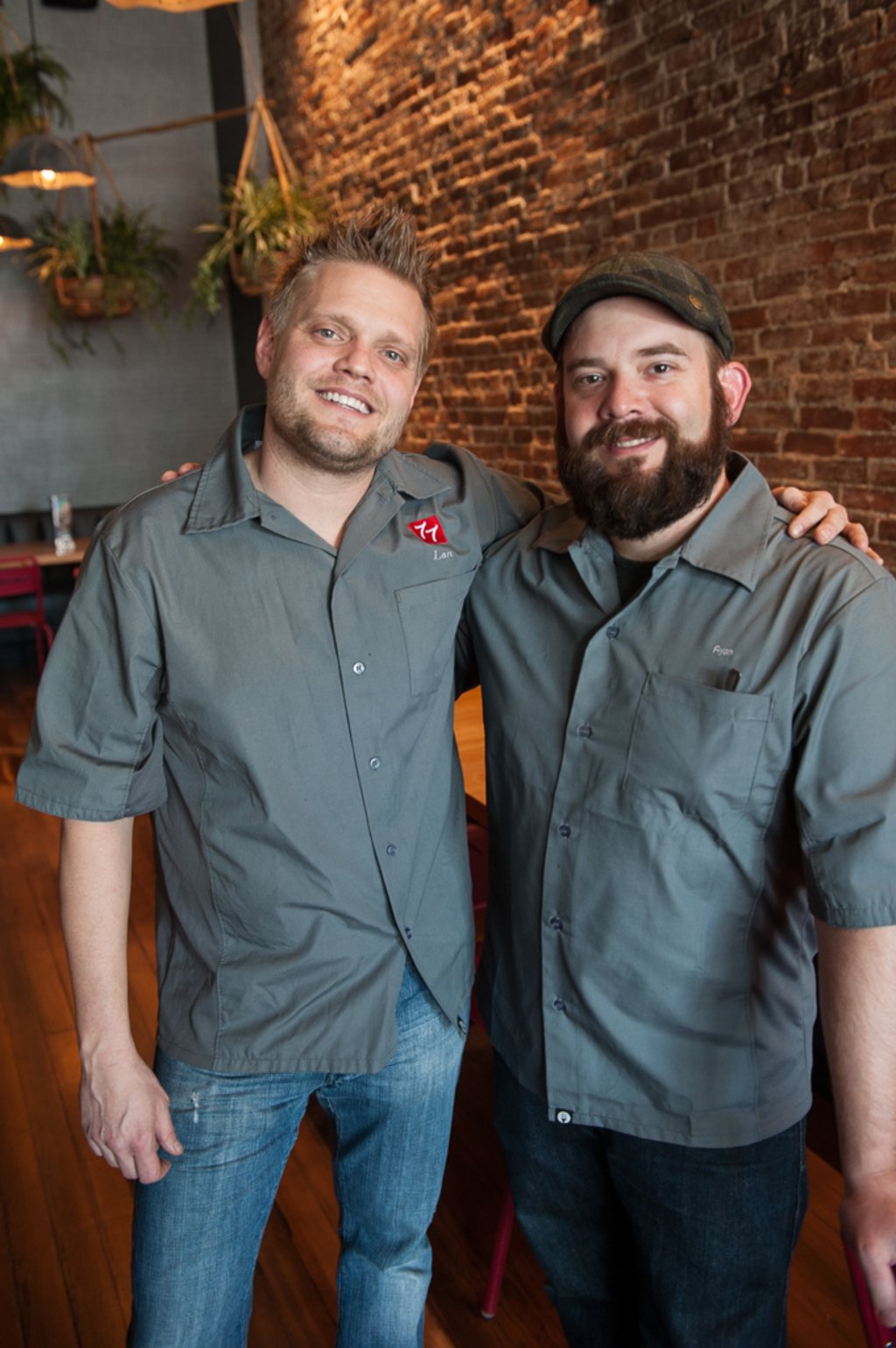 Symensma said the decision to expand his concepts and cook outside of his signature Asian cuisine was both natural and simple. “We’ve done well with Asian food and set ourselves on the map,” he explained. “Now I’m getting to show there’s more in my repertoire and who I am and what I am as a chef.”

We got a taste of that repertoire when Concourse brought New American cuisine studded with European influences to the table, but LeRoux will expand upon that, paying homage to his early cooking life in New York and Europe during his 20s. “I didn’t really start cooking Asian until I was 25 or 26. Before then, I was getting my ass kicked in classic European kitchens with chefs screaming and throwing shit at you,” he said. Though you won’t see pans flying through the air at LeRoux, you will find dishes from Spain, Italy, Belgium and Germany with Symensma’s special touches on them. “The same thing ChoLon does for Asian is what LeRoux will do for European food.”

On the other side, Kaya will focus on breakfast and lunch options including breakfast dumplings, breakfast banh mi and other favorites from the current location at Avanti. Symensma’s plan for Kaya is for it to mimic the ChoLon space in its design, as the flagship restaurant will undergo design renovations as his new restaurants wrap up on their build outs. The 30-seat restaurant will also serve as a private dining area at night for ChoLon when it reopens.

As Symensma adds to the ever-growing pool of restaurants in Denver, he’s not worried about the market being oversaturated — even with three of his own restaurants on the same block. “I live at the Riverfront and when I look out my windows I see dozens of cranes around, and that means people are moving here,” he said. “And those people are coming from New York, Chicago, LA and San Francisco and it’s becoming a more educated dining community, and Denver is being seen more as a real food city.”

Symensma said there’s a definite answer for how his restaurants will stay on the radar, even with rapid growth. “I think there’s a singular word that keeps your restaurant a place that people come back to two, three, four times or once a month or twice a year, and it’s ‘craveability,’” he said. “I have to keep dishes that make people say ‘I need to go back to ChoLon for soup dumplings’ or ‘I have to go to Concourse for the bacon risotto.’ You have to continue to change your menu and evolve with trends, but you also have to have signature items that become what people keep coming back for.”

Symensma’s forthcoming restaurants are projected to open by August 2018 at the corner of 16th and Blake Streets.