Telegraph Closes in Wash Park, Sends a Warning to Other Denver Restaurants

In the restaurant world, it’s undeniable that some locations feel cursed. Over the span of years (or sometimes months), these places tend to rack up a formidable death toll and quickly become known as where concepts go to die. Usually, it’s rare to break the curse, no matter how different the restaurant was from the last. At a point in time, it begs the question — should this place be a restaurant at all? Should someone pick up the mantle and try to shake the ghosts of diners past?

According to Chris Sargent, owner of Telegraph and Brazen, he’s no longer sure. “It seemed like a no brainer at the time,” said Sargent about opening a restaurant at 295 South Pennsylvania. But now after several failed concepts, including the Cafe|Bar (three years), Grey Cactus (four months), the Wash Park haunt has now taken its third life with Sargent’s Telegraph Neighborhood Bistro and Bar (two years). For him, it’s not only a sign for the 295 location though — he thinks the rest of Denver should take note.

“I don’t think it’s a good idea to open a restaurant now,” he said. Sargent — who’s been on the opening team of some of Denver’s biggest and most successful restaurants today (including Rioja and Acorn)  — thinks times have changed. Primarily, he worries that as the city has grown, restaurant’s resources have not. This primarily includes available and talented staff for both the front and back of the house.

“The turn over is exhausting,” said Sargent. ” It was really, really hard to find a team.”

Sargent also said that with the constant slew of new openings, it’s hard for smaller restaurants like Telegraph to maintain the attention of their nearby neighbors. 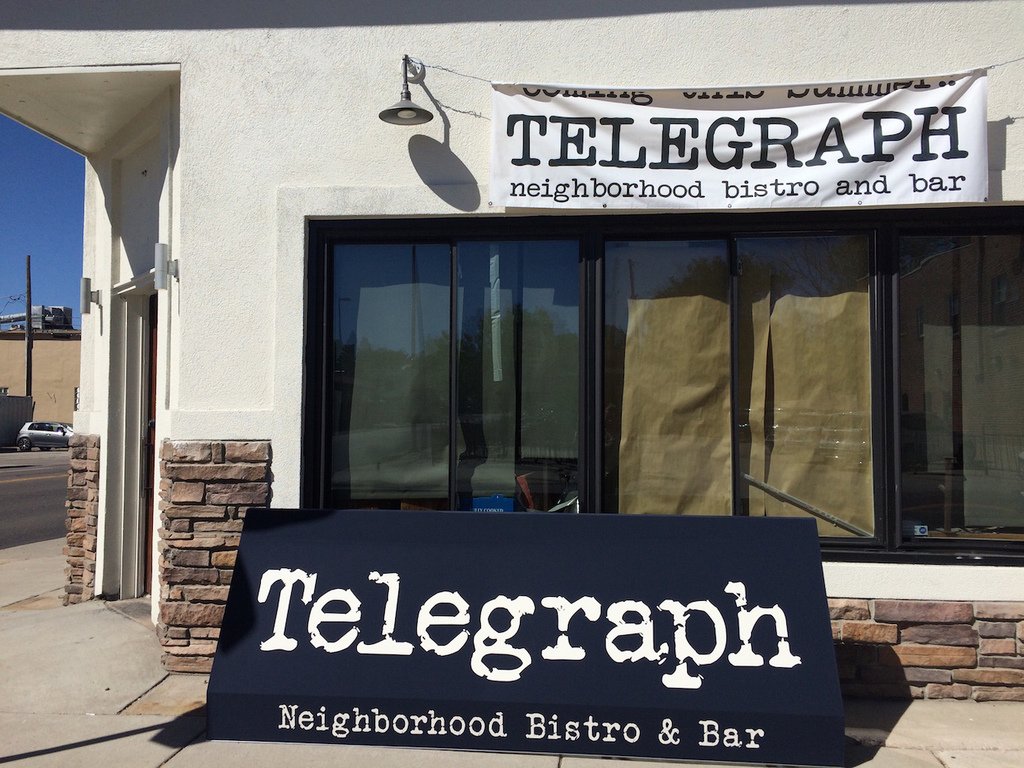 Telegraph right before it opened in 2015. Photo by Brittany Werges

“There is a restaurant bubble in Denver and it’s popping — so many options for you to choose from, which is great for you but hard for your neighborhood dining spots,” read their Facebook post announcing their closure.

But this year, Telegraph is by far not the only restaurant to sound the alarm. From The Squeaky Bean to Zengo and Black Eye in Capitol Hill along with at least 10 others have all acted as the canary in the coal mine.

So when it comes to Telegraph, maybe it wasn’t just the cursed location. Because according to Sargent, 2016 was a very profitable year. But for 2017 they suddenly saw a “shift” that they believed acted as a counterbalance to all the recent growth. This is also why they decided to not move forward with Kindred this year, a similar concept to Brazen and Telegraph in Sunnyside.

“I think you’re going to see a lot more closures,” he said.

For Sargent, he’s more than ready to adapt and is looking forward to spending more time with his wife Carissa (who’s also his partner at Brazen) and their dogs, while focusing on their Berkeley restaurant.

“Brazen is so special. We just want to concentrate on that,” he said. In the meantime, he has advice for some Denver diners — if you love a restaurant, they can’t go it alone. “People need to support their favorite place,” he said.