This week has been a heavy one. From Las Vegas to the death of icon Tom Petty, it is safe to say that music lovers needed to unite more than ever and find some solace at the greatest venue on Earth, Red Rocks. There to help with the healing last night were veteran cult acts Jimmy Eat World and Incubus.

The night at the Rocks felt more hectic than usual, and while parking is typically a headache in any location with that many people, Tuesday night was exceptionally rough. Rumor had it a car had rolled in the North part of the park, pushing parking down to each entrance — instead of being able to park on the north side of the box office like usual, cars were instead redirected past entrance and down to entrance two creating a zoo at the box office. Even though the air was warmer than the previous night was for Kings of Leon, the evening still proved to be chillier than your average outdoor event. Granted it did not rain like it did nearly every night at the venue — it seemed to stay dry just for Incubus. Nothing to do but throw on a coat and get ready for the long haul, tickets to this show sold out in minutes and were not to be wasted. 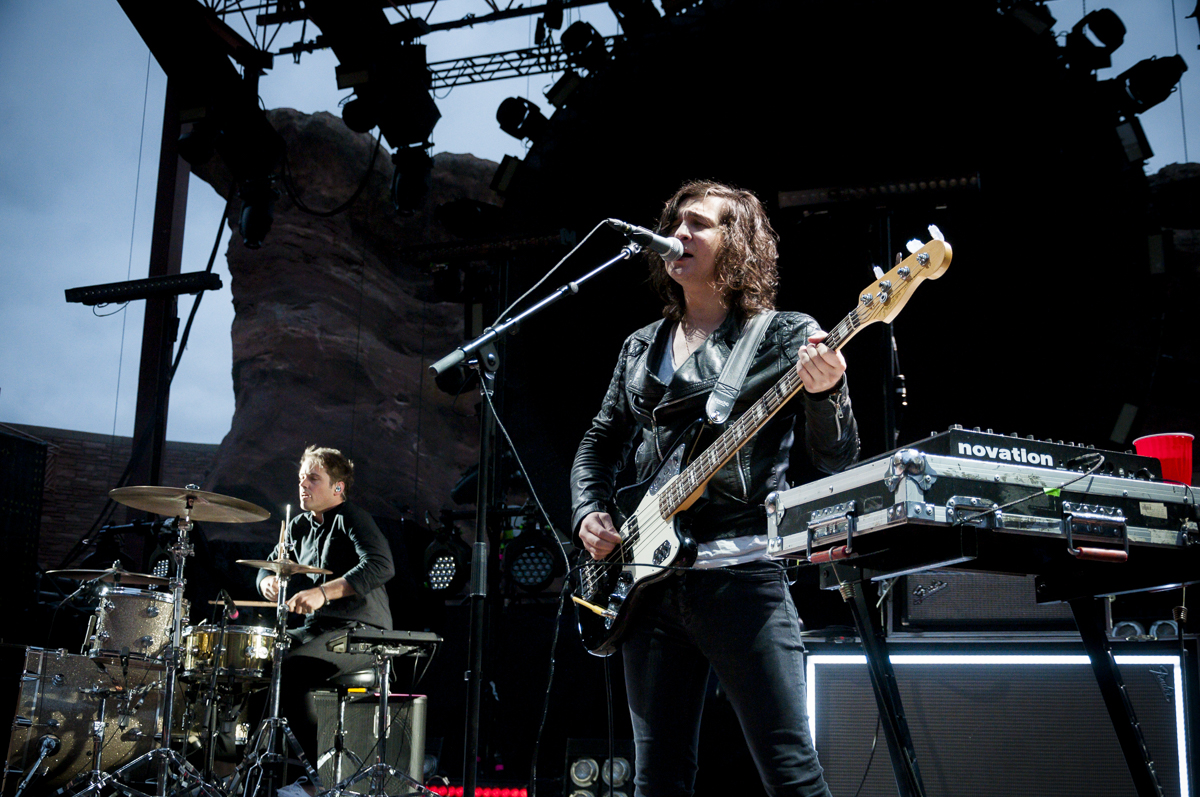 After Atlas Genius kicked off the night, the pop-punk clan that is Jimmy Eat World brought their intimate lights to brighten up the surprisingly dark sky. Their simple logo draped the back of their set up, sparking immediate nostalgia. The familiar hits from albums like Futures and Bleed American invoked mass sing-a-longs from the sold-out audience, which reminded us all that this band has been around since the early ’90s. The full but not entirely packed rows still left room for dancing, and the fast-paced music helped keep bodies moving and warm.

Lead singer Jim Adkins informed the crowd that this was Jimmy Eat World’s first time performing at Red Rocks, which made the night feel even more personal when thousands of phones rose to commemorate the band’s signature ballad “Hear You Me (Angels Lead You In)” lighting the entire amphitheatre. The band genuinely rocked out to their more fast-paced hits, especially when guitarist Tom Linton blasted the solo from “The Middle” that probably brought everyone back to dancing along to the song in their bedrooms growing up. 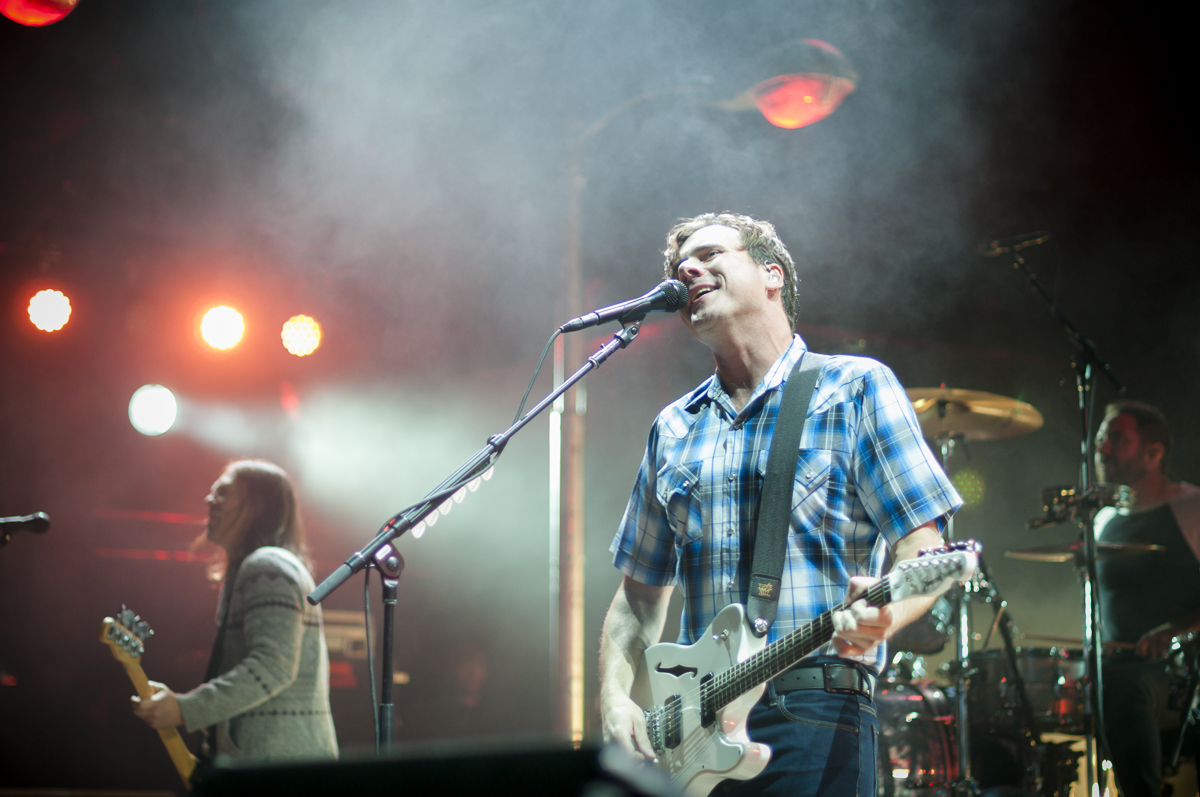 Over the break between acts, an interesting message took over the LED screen, prompting the crowd to text a few letters to a random phone number. Later, participants would learn their text entered them into a lottery to watch the show from two side balconies that were installed on the sides of the stage. The stipulations? The entry to win stemmed from signing a petition to entice Congress to preserve the Arctic National Wildlife Refuge. 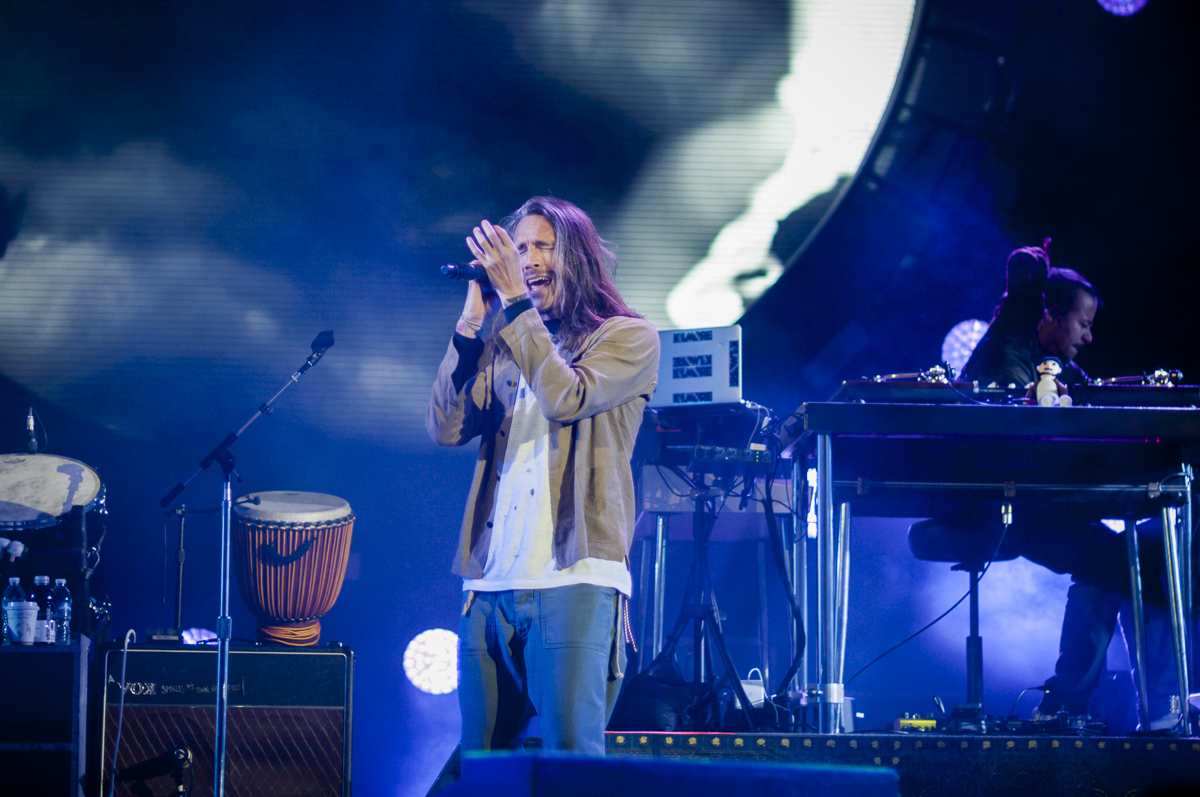 By the time Incubus made their way to the spotlight, a massive light fixture was constructed behind the plethora of instruments. Lead singer Brandon Boyd flipped his long locks as he stated, “I was going to ask you how you are doing tonight, but I think I know the answer.” Violently uproarious applause took over, however, the feel from the band truly emitted gentle ’90s feel-good vibes. Well, gentle until the band dove into their 2003 hit “Megalomaniac,” a fast-paced classic that was decorated by a hectic light show behind the band.

“I say this every time we play here – this is the best smelling venue in the world,” said Boyd with a grin.

The moon made a dramatic debut as the set churned into its second half, illuminating the night in a way the stage installation could not. The band pounded through track after track of lengthy discography, with Boyd interchanging his talent assisting on the drums, rhythm guitar and of course, the angelic vocals that the group is known for. After contributing on the guitar, Boyd inquired to Mike Einzinger, the lead guitarist of the group, how he keeps hold of the pick on cold nights like this, to which he comedically responded, “just toss it on the ground.” 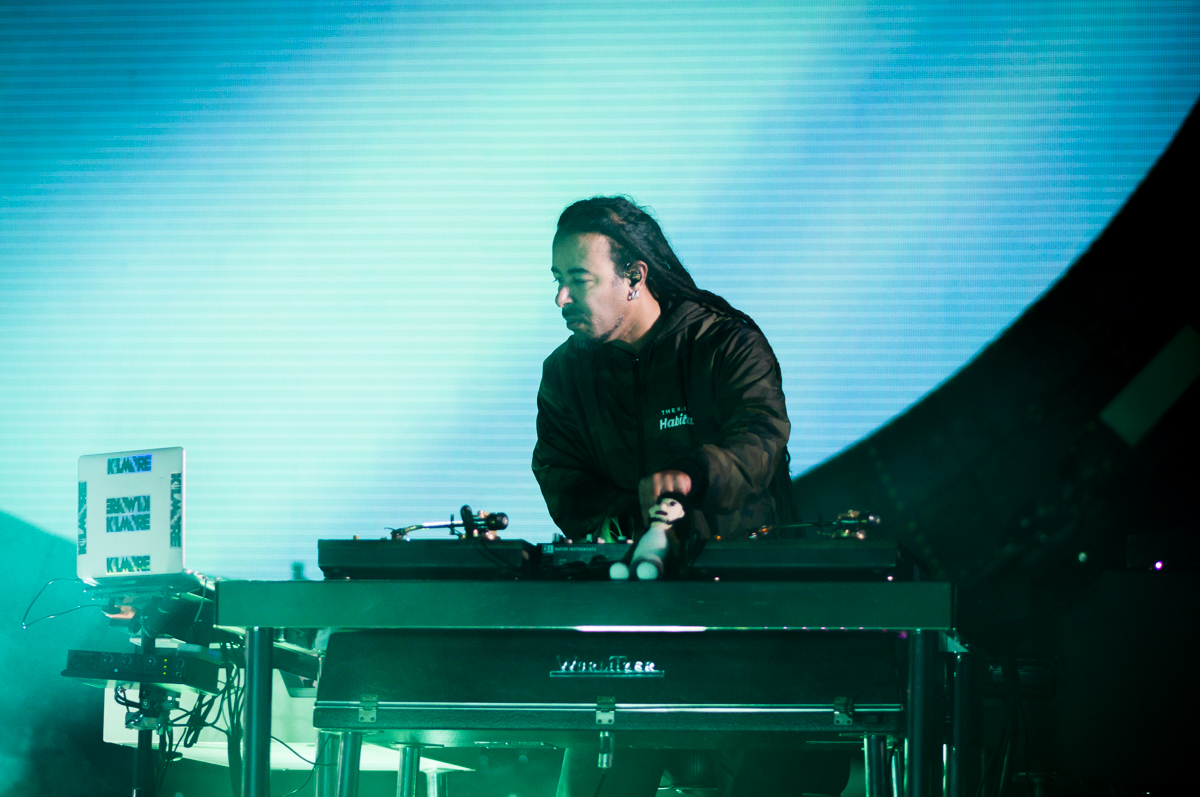 Incubus is one of those bands who has solidified themselves into the iconic rockstar scene with their double fistfuls of beloved songs, while also continuing to snowball new fans year after year. They will return to Red Rocks time and time again, but to miss an opportunity to witness their excellence is always a mistake. Down to their much-anticipated encore of Boyd belting “Wish You Were Here,” which morphed into a short-lived cover of Pink Floyd’s track of the same name, tearing eyes could be seen all over the park, proving the group has chiselled themselves a place in all of our hearts.