This morning at 9 a.m., a line of snow-hungry skiers and riders gathered at the base of Arapahoe Basin for the very first ski day of the season. With an 18-inch base of packed powder, the resort’s Black Mountain Express lift delivered skiers and riders to the top of High Noon Trail. This has been big news for Coloradans but turns out the celebration also marks the start of the 2017-2018 ski year for the entire continent. Arapahoe Basin is technically the first resort to open for the season in North America.

And while it’s true that some resorts may have opened for a day or two (like Timberline in Oregon,) Chris Linsmayer of Colorado Ski Country USA explained that the distinction goes to the resort that opens and stays open.

“The way we define opening is opening continuously for the season. So some years there are big storms in the northwest or Colorado that allow a resort to open for the day but if they close we don’t define that as opening for the season,” said Linsmayer. 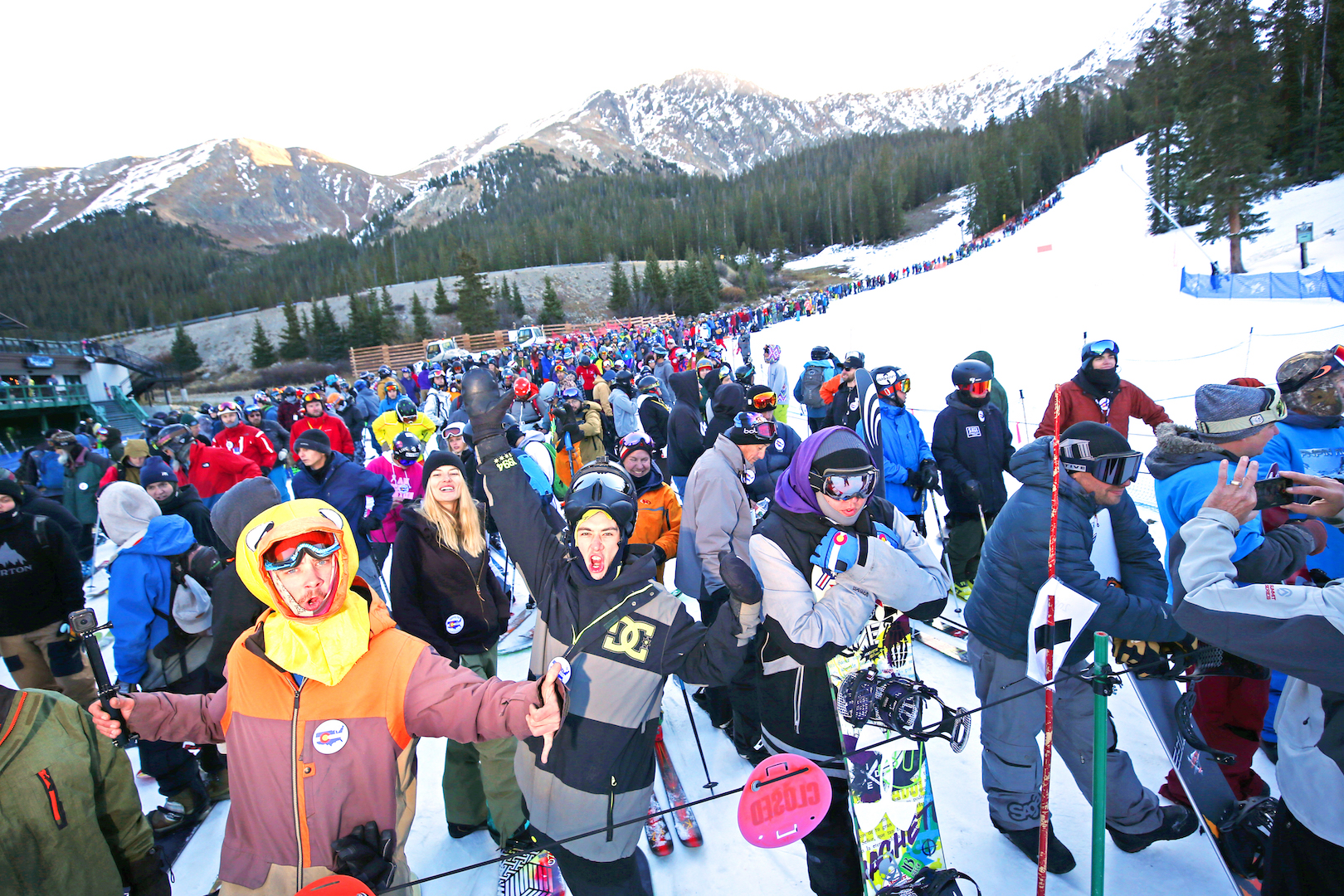 This crowd this morning. (Photo by Jack Dempsey for Colorado Ski Country USA)

He also explained that this is distinction is common for Colorado. To his knowledge, Colorado has won the title for at least the last 20 years. Often the race is between Loveland and Arapahoe Basin, but last year Arapahoe took home the title, and in 2015 the two resorts tied.

Linsmayer explained that Loveland will likely open next week or weekend.

As for this year, Arapahoe Basin started their snowmaking operations on Sunday, September 24. But due to recent natural snowfall and cold temperatures along the Continental Divide, there were good snowmaking conditions which gave the resort a leg up.

“Skiers and snowboarders everywhere look forward to the ski season kicking off in Colorado,” said Colorado Ski Country USA president and CEO Melanie Mills. “Our snowmakers, groomers and operations crews work tirelessly to make this day a success, and it’s great to see the skiing community come together to celebrate the start of another season. Our resorts have spent the summer and fall preparing for this season’s guests by upgrading equipment, installing new lifts, opening new restaurants and preparing on and off-mountain attractions.”

This announcement also comes in addition to Arapahoe Basin’s terrain expansion, which was announced earlier this year. Arapahoe Basin is expecting to add 468 new acres and 371 acres of hiking-accessible terrain over the next two years.

Last year the resort opened on October 21, so make sure to take advantage of this extra week of shredding and head up the hill.