21 Fall Festivals in the Mountains to Attend This Year

They call themselves “beleafers,” and they’re almost here. Out-of-towners are making their way to the Centennial State to witness the aspens turn to fiery orange and gold. Make sure you’re one of them as this spectacular sight only happens at the cusp between September and October and mountain towns are preparing. Sure — hiking and camping in the Rockies are beautiful this time of year, but if you want a little something extra worth journeying for, make sure you attend one of these fall festivals in the mountains. Local Coloradans are celebrating the best way they know how — probably with beer.

The Lowdown: Before ski season hits, Copper Mountain Resort wants to celebrate the beginning of autumn with its first annual WitchCraft festival. With a haunted house, hayrides, live music, beer, pumpkin painting, a costume contest, chili and Cajun food tasting and more — WitchCraft is the best new fall fest we have our eyes on. And it’s happening two weekends in a row!

The Lowdown: You probably don’t think of Estes Park as a gathering spot for a Highland Festival, but for more than three decades, Longs Peak has been the scenery for one of the largest celebrations of Scottish and Irish culture in the nation. People from wide and far come to join in the fun and wear their tartan proud as they shop in Scottish-Irish markets, listen to Celtic music and drink whiskey. Events at the Highland Games include everything from a caber toss, jousting, bagpipers, dancers, drummers and dog agility and herding contests. It may not be the UK or the Emerald Isle, but Estes Park is a great American alternative. *Note: You don’t have to be Scottish or Irish to join in on the fun!

The Lowdown: This ski town is popular during the winter, but make sure you also visit in the fall. As the largest Oktoberfest street party in the Rocky Mountains, Breck’s Oktoberfest has German-themed games, Bavarian cuisine and brews, polka dancing and then some. Plus you’ll score sweet views of foliage on those majestic mountains. 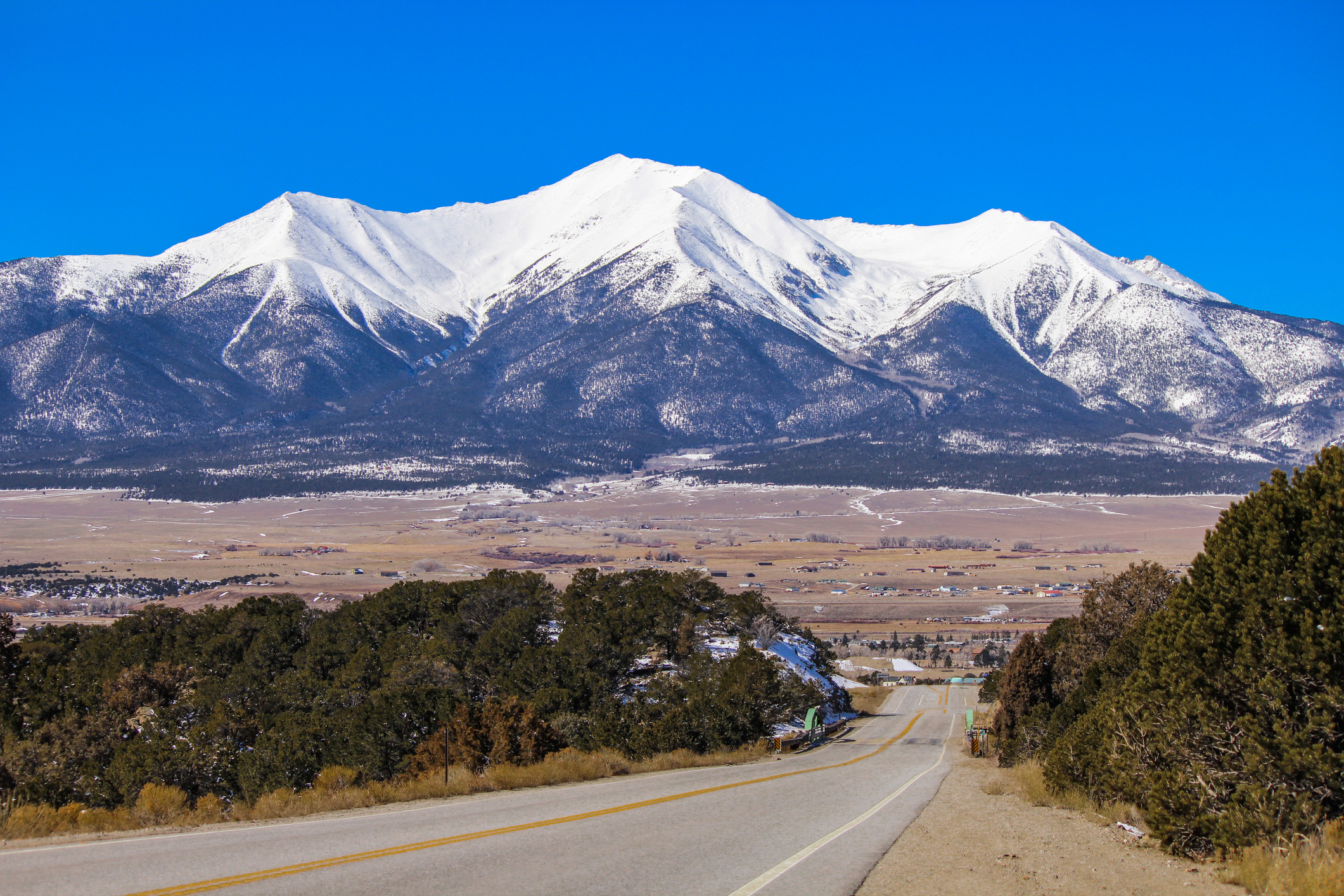 The view of Mount Princeton while driving into Buena Vista. Photo via Thinkstock.

The Lowdown: Did you know Colorado grows a lot of apples in Buena Vista? So much so — they actually have Apple Fest, the perfect start to the fall harvest season. With tasty activities such as an apple pie contest, an authentic cider press and apple picking at the local Turner Farm, Apple Fest earns its name the right way and even offers pioneering fun from the past with butter making, coffee grinding, treadle machine sewing and an hourly “Victorian Secrets” show. This festival is definitely one you don’t want to miss. 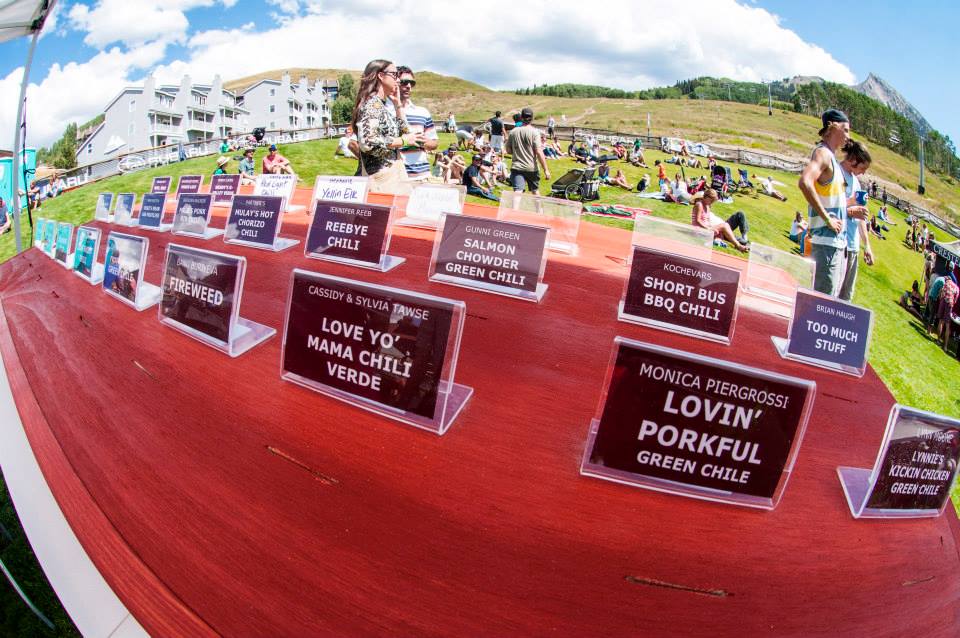 by Trent Bona via Chili and Beer Festival

Where: Crested Butte
When: Saturday, September 9
Cost: $15 – $40 depending on the package. Check full prices listing for detailed info.

The Lowdown: Fall wouldn’t be the same in Colorado without some good chili ol’ and beer. That’s why Crested Butte Mountain Resort made a fall festival to make sure everyone is well fed. Held at the base of the resort, the Chili & Beer Festival is an awesome celebration with pots of steaming hot chili made by the locals, craft beer and live music. 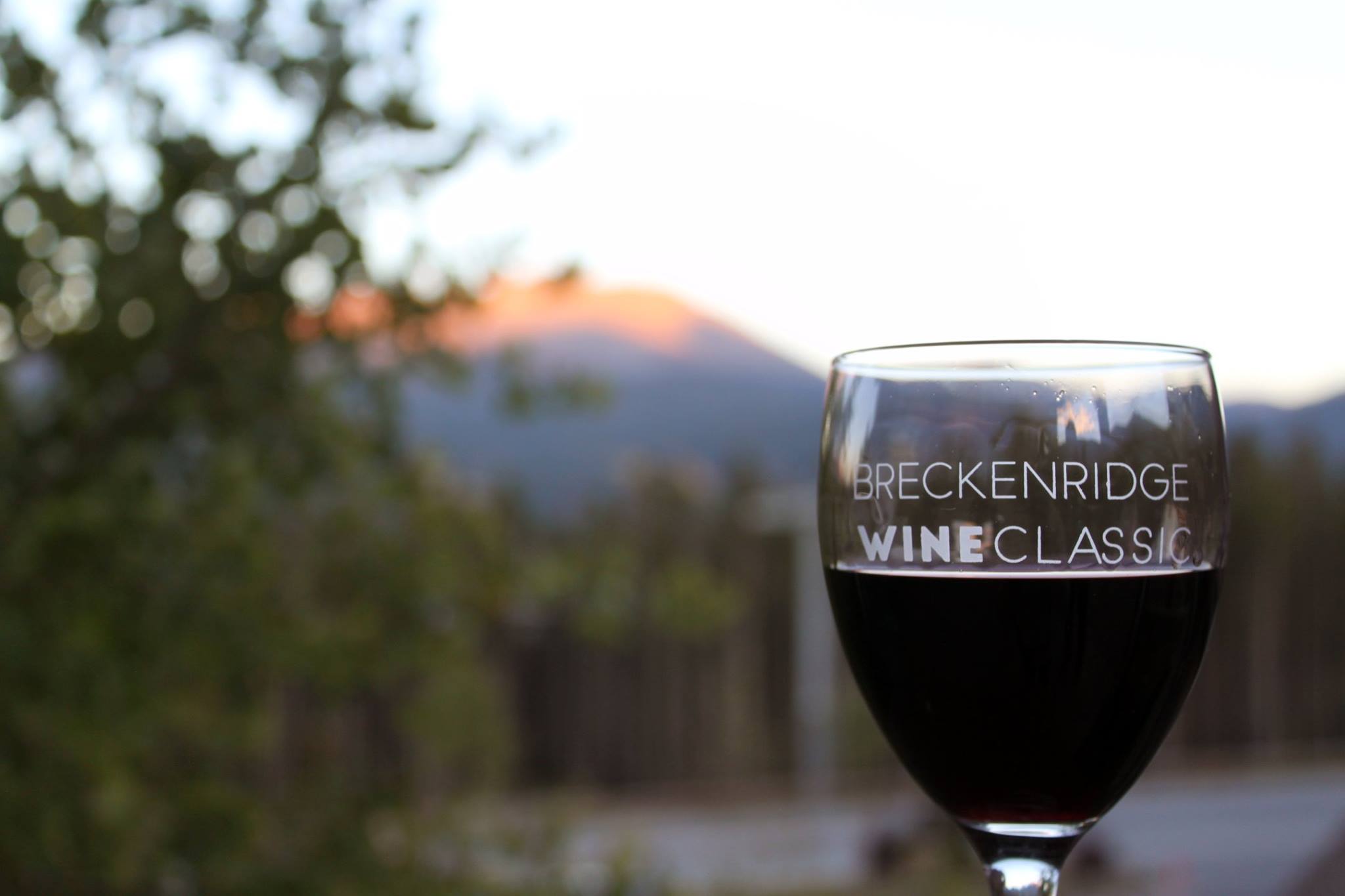 The Lowdown: If you want to take a break from all that beer, check out Breckenridge’s Wine Classic. Happening just a week after its Oktoberfest celebrations, the event will diversify your tastes with tons of wine and over 100 food purveyors. Events range from farm dinners to Pinot hikes and mountain bike rides, so it’s bound to be a fun and interesting weekend. 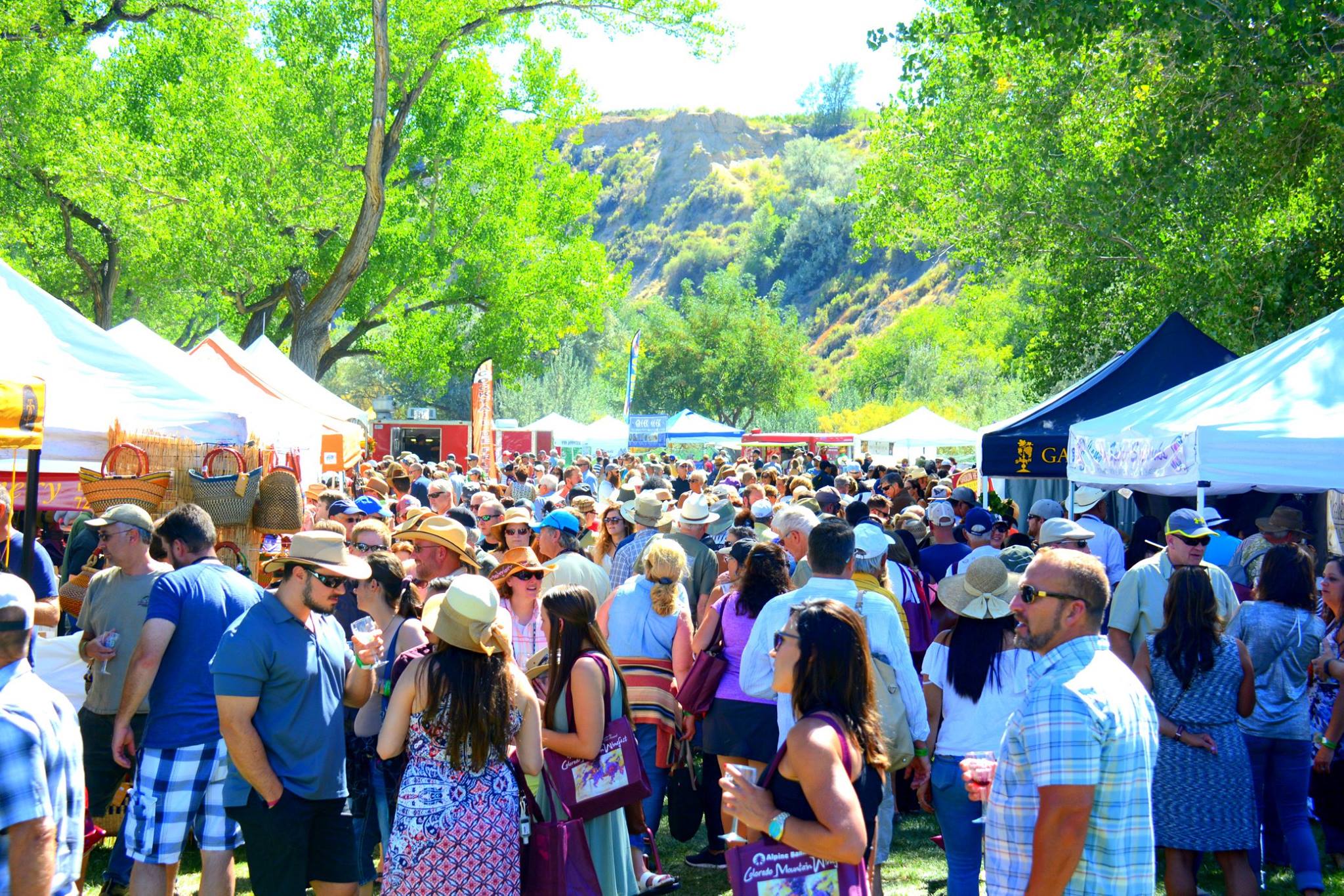 The Lowdown: Travel to Colorado’s premium wine region in Palisade to enjoy a little vino as the weather cools down. Returning for its 26th anniversary, the Colorado Mountain Winefest offers the best reds and whites to pair with morsels of food such as cheese and chocolate. Other events include live music, a grape stomp, wine seminars from the pros and chef demonstrations. You might want to take a shuttle for this one since you won’t be going home sober. 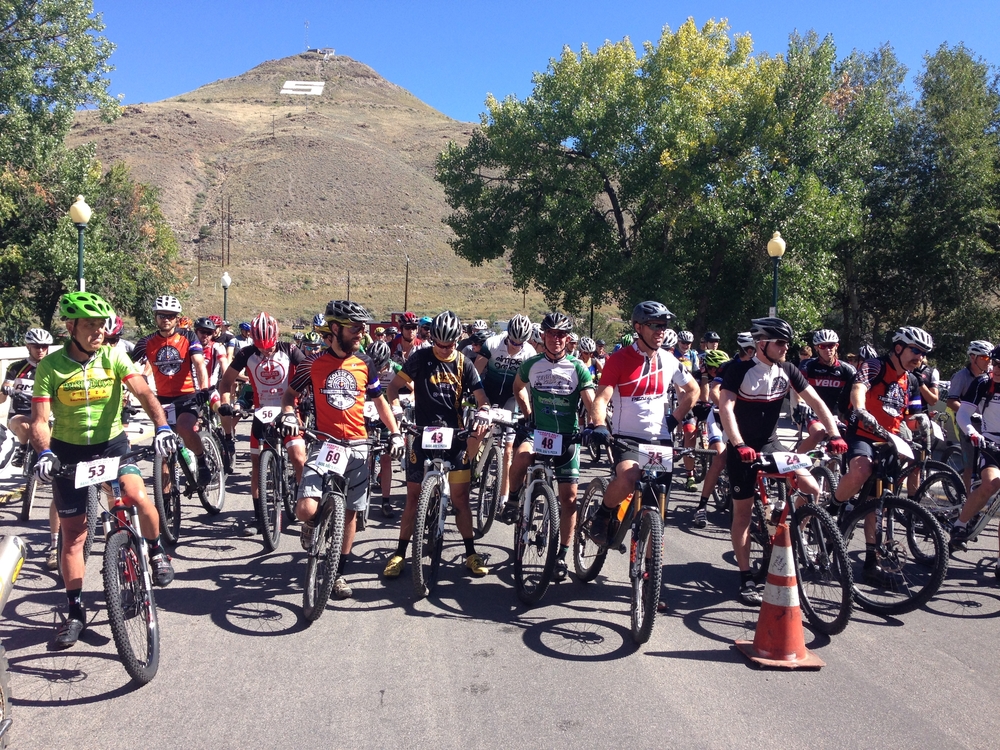 The Lowdown: This year marks the year of the sixth annual Salida Bike Festival and it’s a great way to get outdoors and explore in the cooler weather. This four-day festival features one-of-a-kind biking activities such as free group rides, a chainless race and a bike parade — to name a few — and hosts a kick-off party at Soulcraft Brewing with live music. If you love getting around on two wheels, you should definitely check this one out. 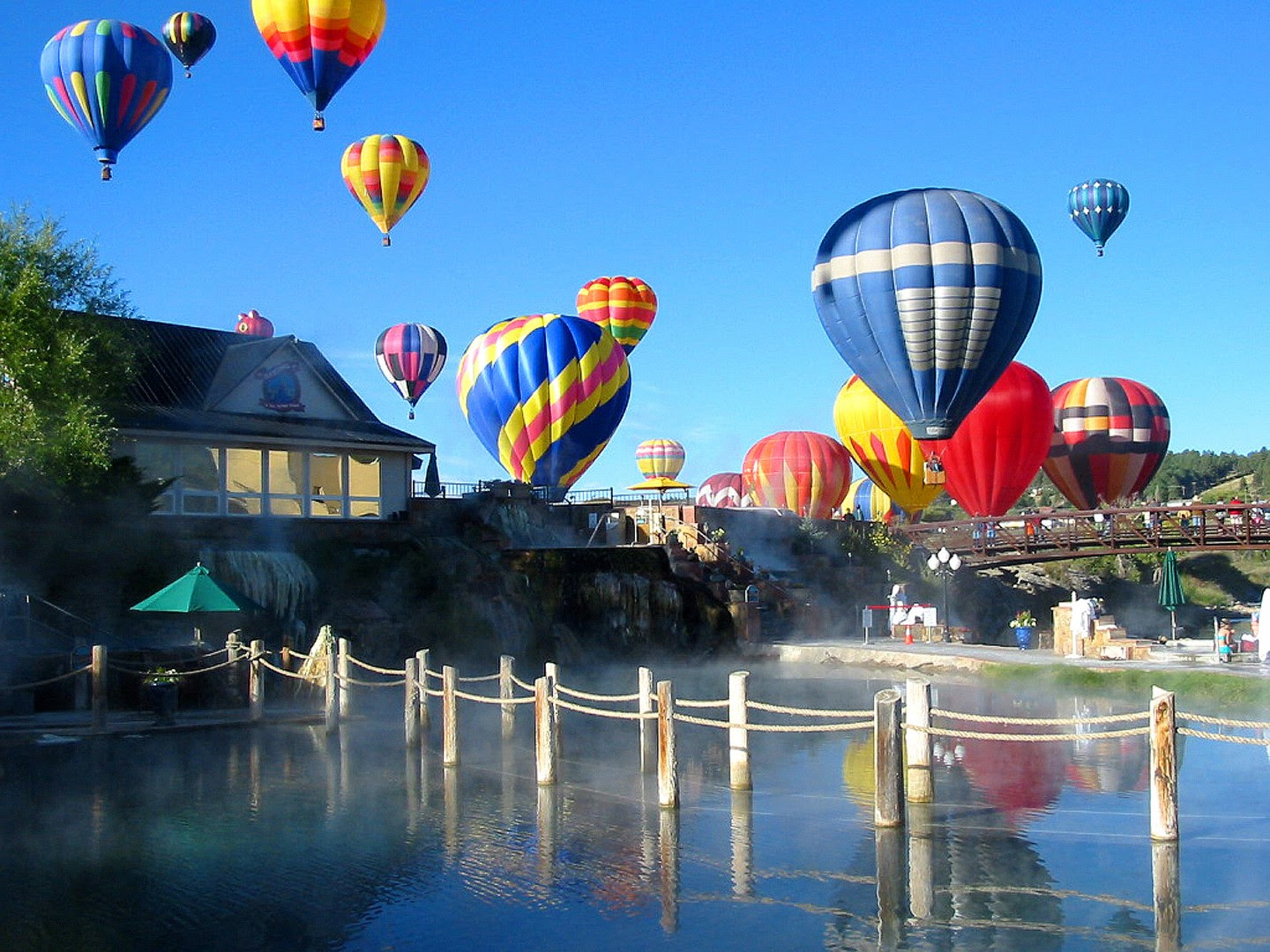 The Lowdown: Don’t just witness the colored leaves — check some out in hot air balloons! Pagosa Springs might be known for its hot springs resort and charming town, but it also puts on a great fall festival. In addition to seeing a mass ascension of hot air balloons, festival attendees can taste wine from around the world and beer from microbreweries, listen to live music, or participate in the ColorFest Color Run/Walk 5k. Make reservations in advance. 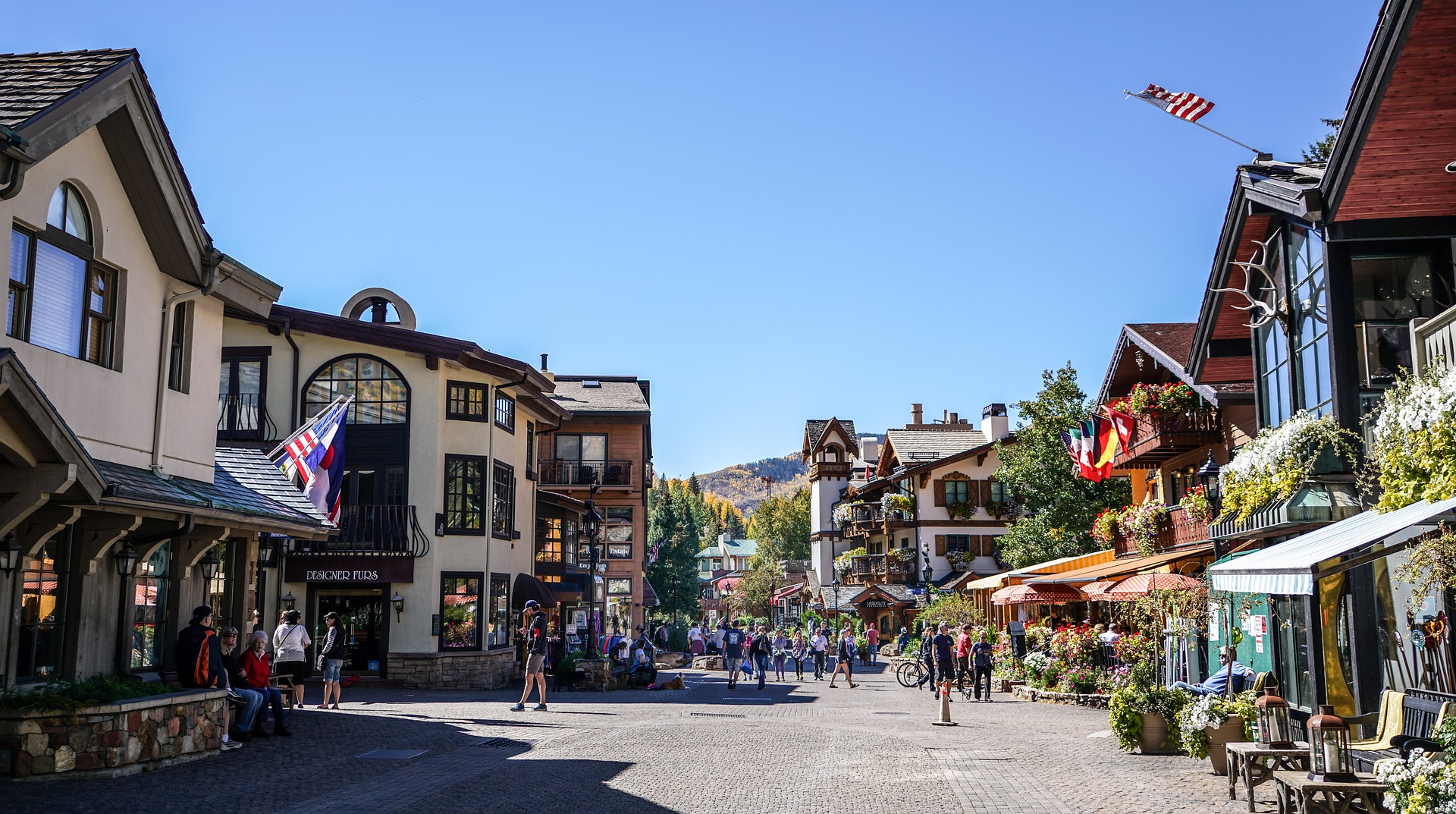 The Lowdown: 303 formerly named Vail Village as one of its 15 Places in Colorado That’ll Transport You to Another Country, so it’s no wonder this Bavarian city look-alike puts on an awesome Oktoberfest. With fun Oktoberfest festivities such as a bratwurst-eating concert, live authentic Bavarian music, keg bowling, a costume contest and more — you might actually feel like you’re in Munich. 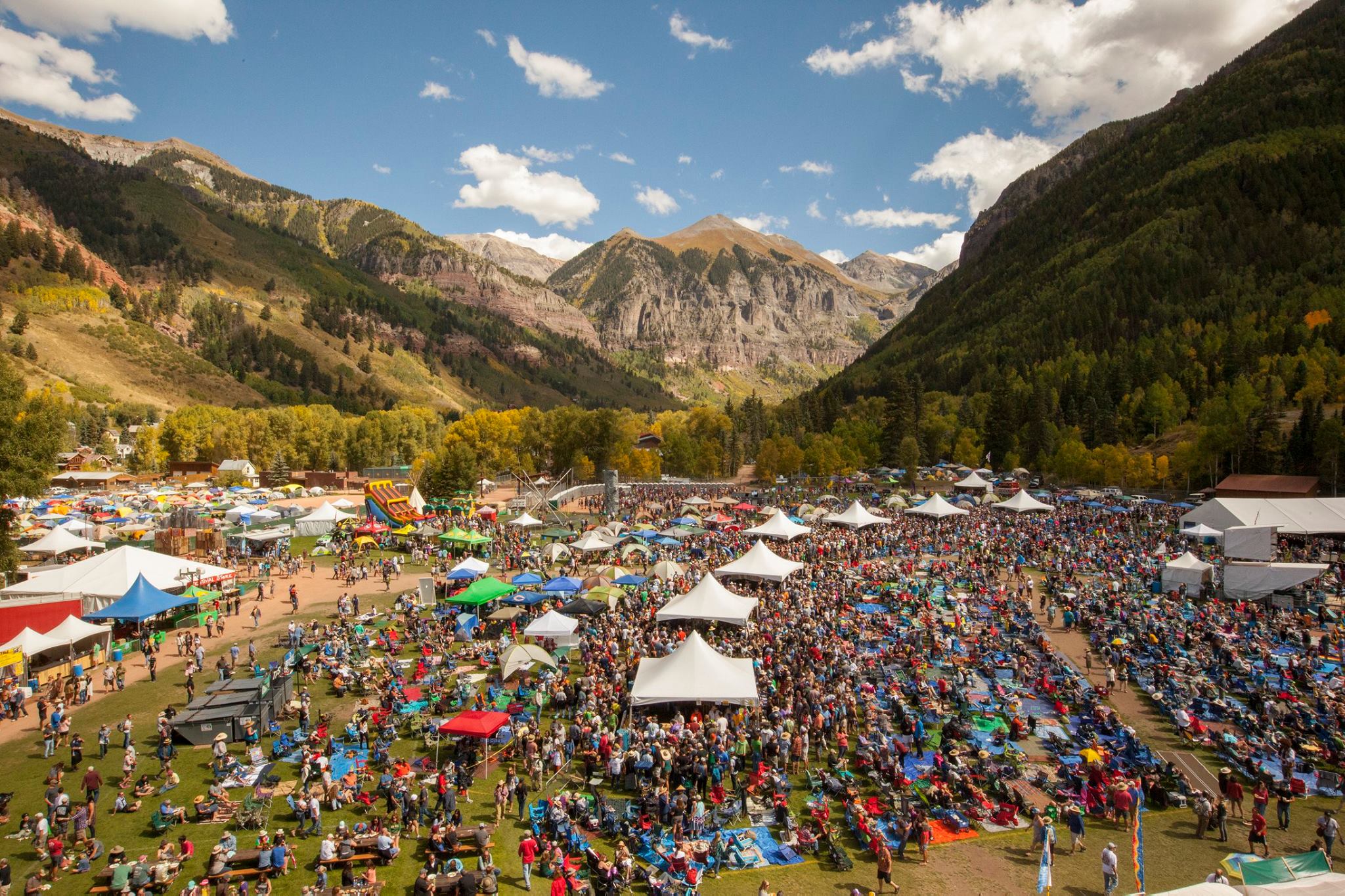 The Lowdown: Coined as “one of the most intimate and scenic music festivals in the country,” Telluride Blues & Brews returns for its 24th year. Headliners include a diverse lineup from Benjamin Booker to Drive by Truckers with many more in between. On Saturday, there will also be a grand tasting including brews from 56 craft breweries with 170 styles. Currently, most of the tickets are sold out with a few exceptions including tickets to the late night shows hosted in town. So whether you’re able to score a pass from a friend or just want to enjoy Telluride in all of its fall splendor — Blues & Brews is a perfect way to go. Go here to see the full schedule. 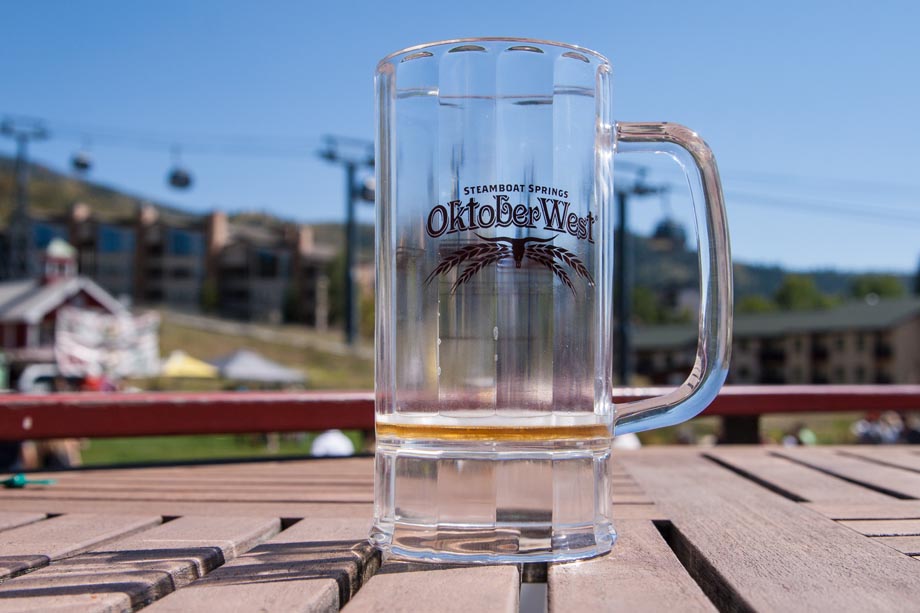 The Lowdown: Steamboat, like many other mountain towns, is hosting its own Oktoberfest. But just as the name suggests, it even has its very own western bend with a strong emphasis on getting to know the town of Steamboat. On Friday night, the event kicks off with a pub crawl through historic downtown Steamboat, where you can stop by many participating restaurants to savor a special beer. There will also be “beef tasting” where local restaurants compete for the best brisket. In addition, there will also be live music, a beer garden and much more. 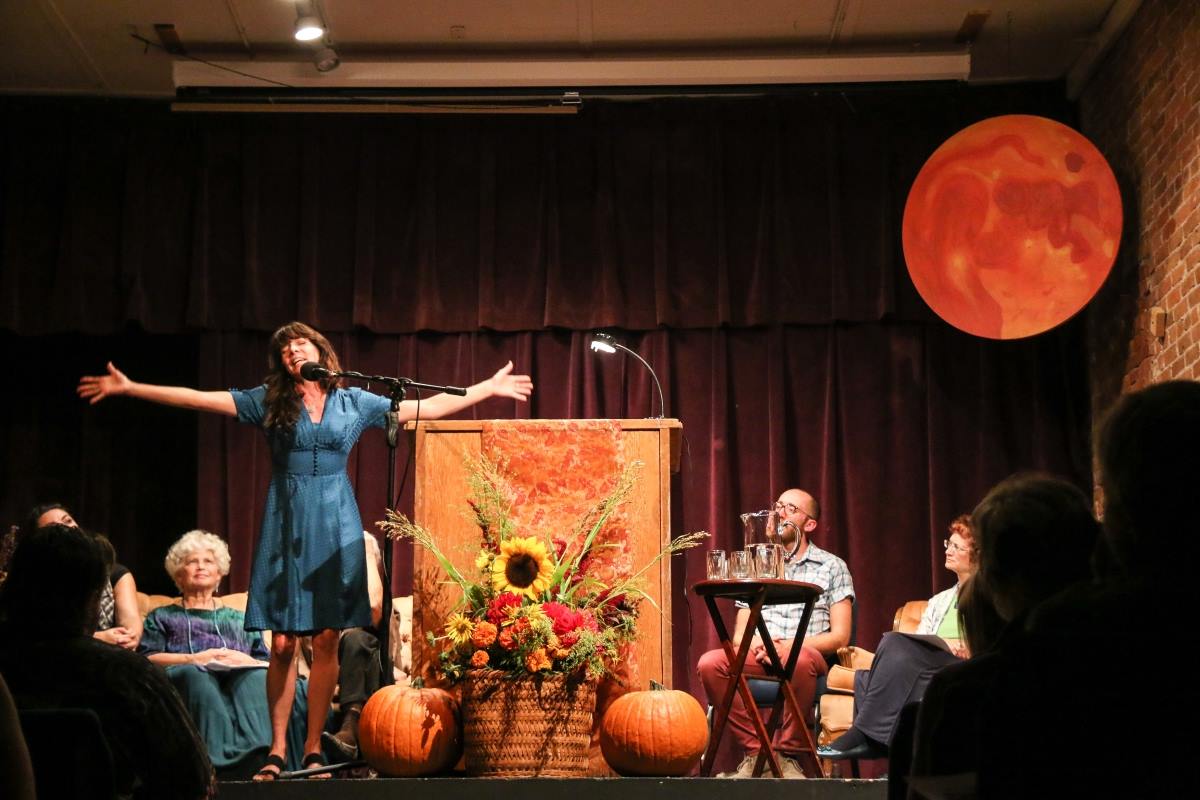 The Lowdown: The town of Paonia loves to celebrate its harvest, so this is one farmer’s market amped up. With food grown on local farms, music, farm tours, a grape stomp and arts and crafts among other activities, the Mountain Harvest Festival has homespun charm at its core. Hosted by the nonprofit organization Mountain Harvest Creative, this fall festival is artistic fun for the whole family. 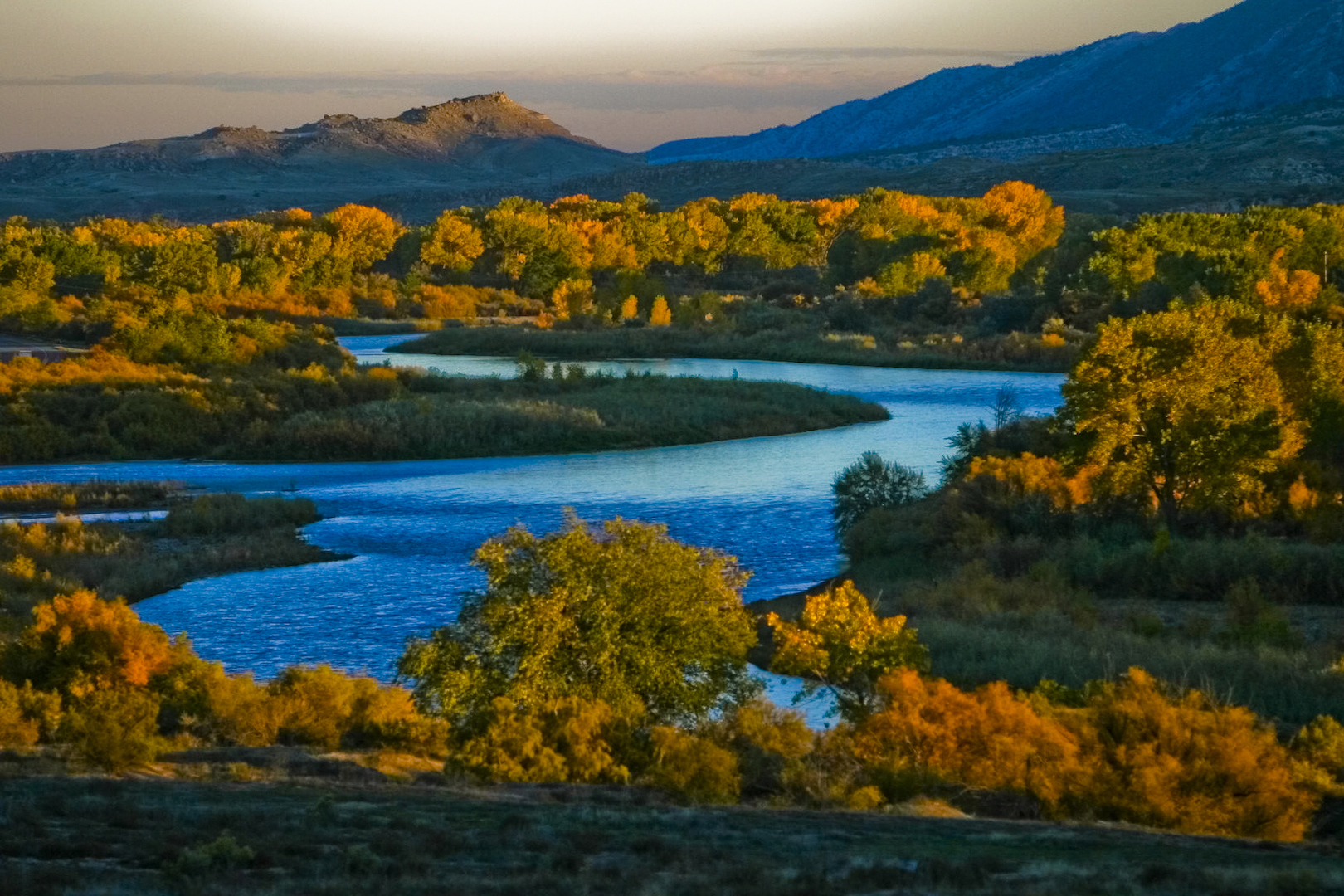 Cottonwood trees in fall color line the banks of a river near Fruita. Photo courtesy of Colorado.com

The Lowdown: If you’re a music lover, then the Fruita Fall Festival is one event you can’t miss out on. Featuring three days of events including a carnival, over 125 vendors and live music on two stages featuring Nashville recording artists and local bands. There is also a parade, an outhouse race and a golf tournament. This festival in the town of Fruita, Colorado is definitely a cool way to kick off fall. 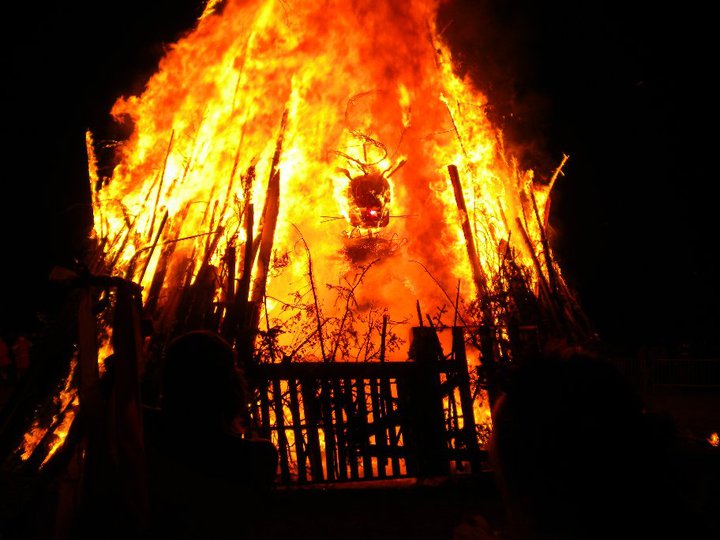 The Lowdown: This annual event in Crested Butte is rather different from regular Oktoberfest parties, but is worth the trip. As a fall festival with ancient roots, Vinotok is a celebration that takes places during the autumnal equinox, which is also known as “Harvest Home” or “Mabon.” The Vinotok is the Pagan ritual of Thanksgiving and is celebrated through dancing, music and lots of feasting. Sound normal? Well, the festivities end with the trial and burning of the “Grump” — a creature we can’t really explain. You’ll have to see it for yourself. 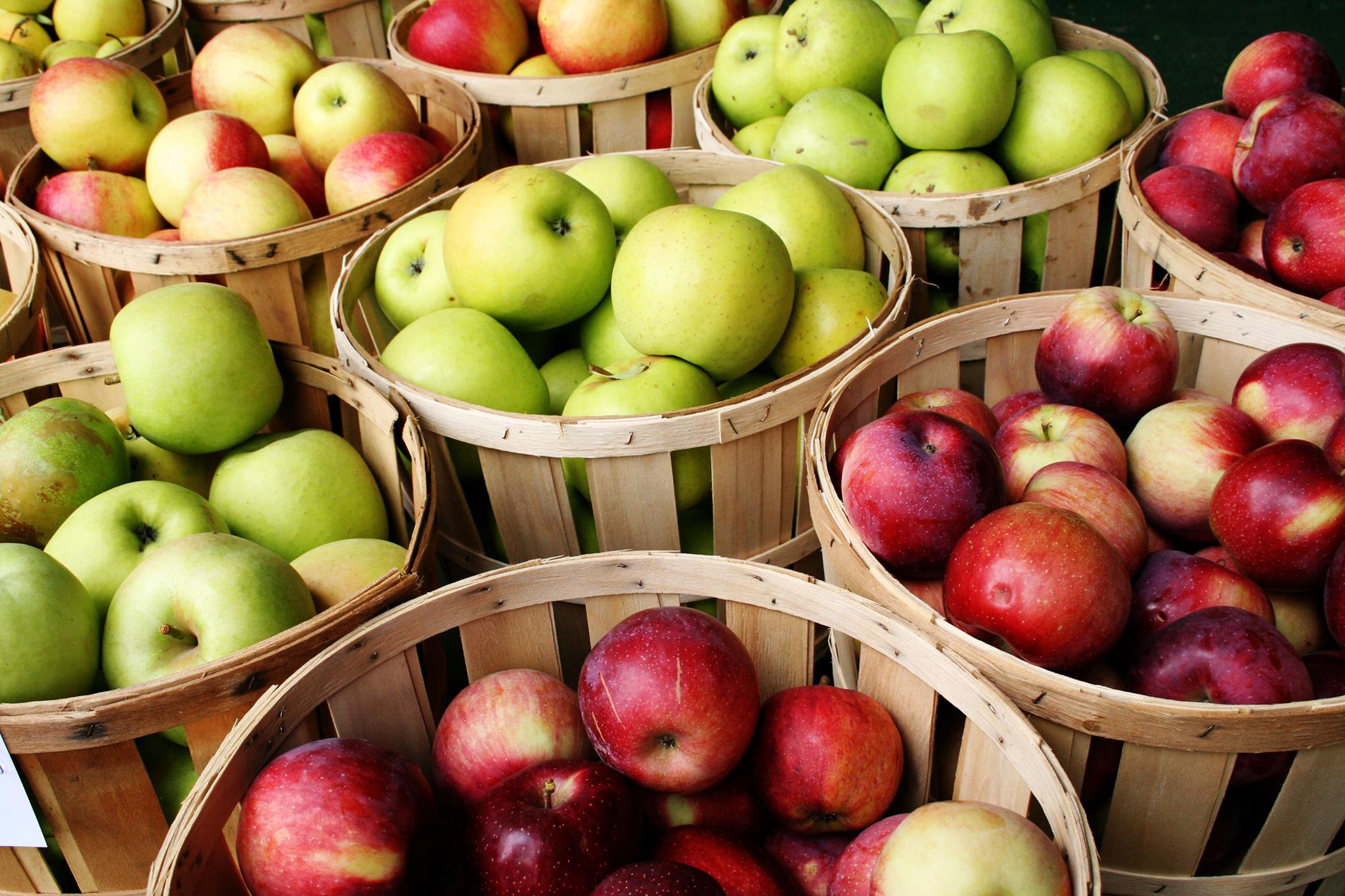 Where: Morrison
When: Saturday, September 23
Cost: Free admission not including food and beverage

The Lowdown: If you love cider or apples or both, make sure you attend the Morrison Ciderfest. It may not be as deep in the front range as other spots, but the cozy town just a quick skip, a hop and a jump over from Red Rocks offers a good-hearted festival with live music, a silent auction, pony rides, a custom car show, and fresh-pressed apple cider as well as the other kind of cider. What is autumn without apples anyway? 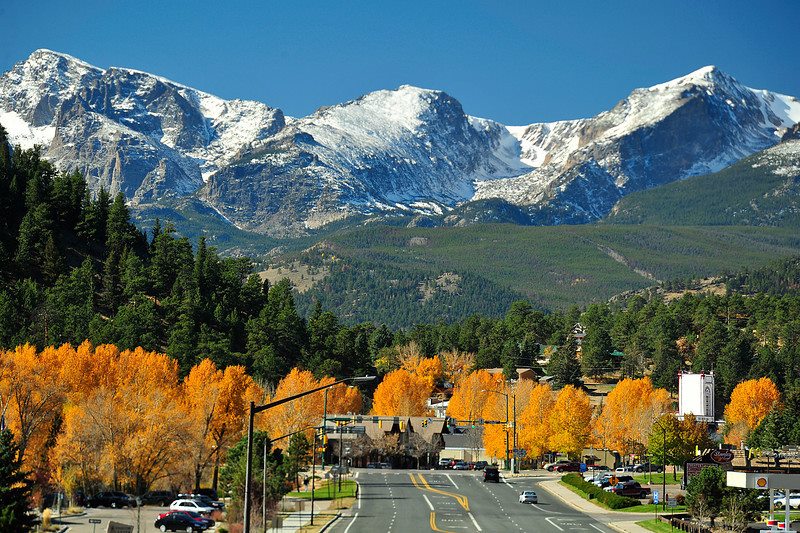 The Lowdown: Aspens turn golden yellow near Rocky Mountain National Park at the end of September, and Estes Park wants you to party at the Autumn Gold Festival. With free entrance for all friends and family, guests can listen to live music, eat a bratwurst, drink beer and shop from local vendors booths. There’s even a raffle to win $5,000 or other cash prizes if you’re lucky. 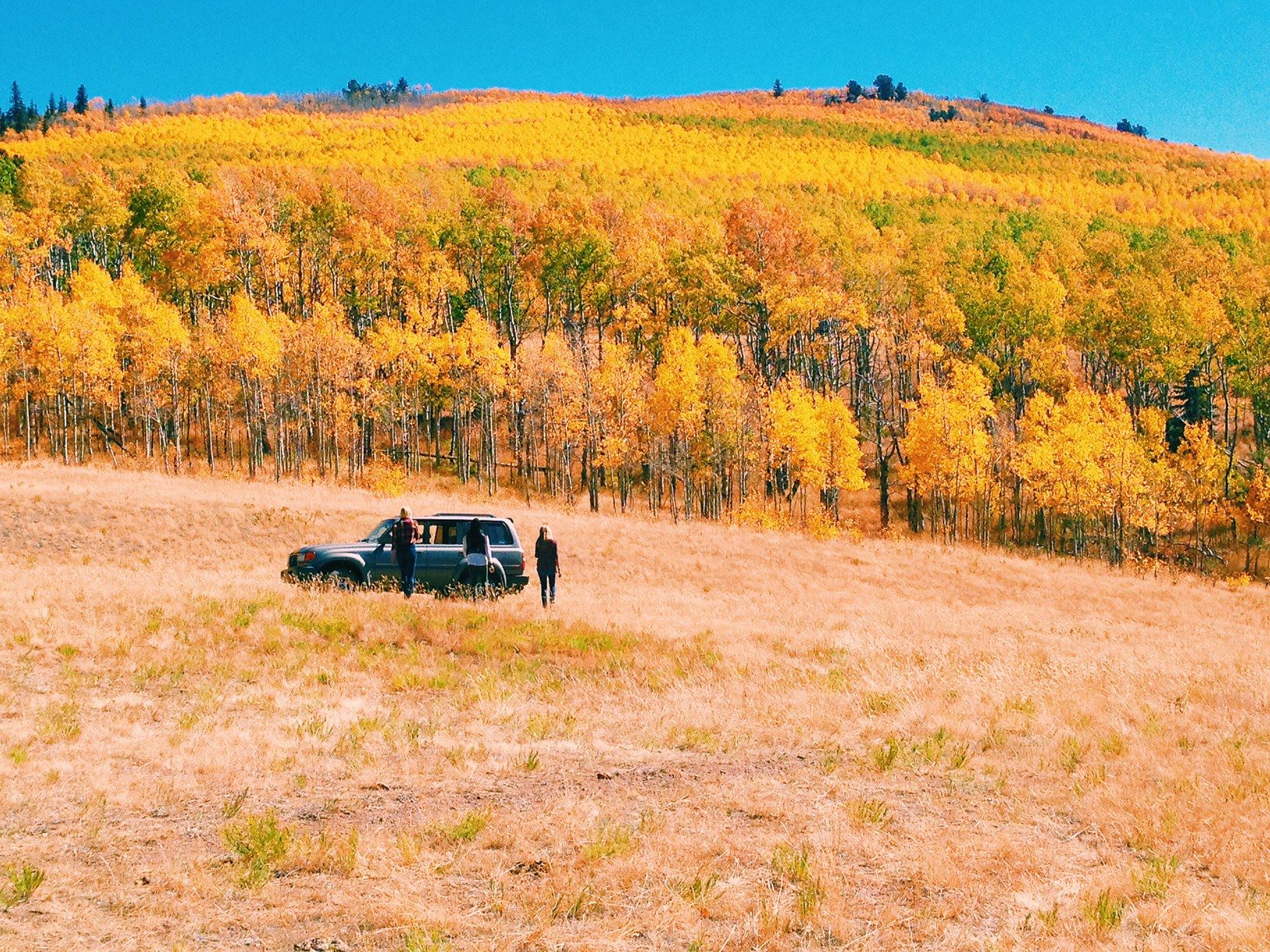 Where: Buena Vista
When: Friday, September 29 – Sunday, October 1
Cost: Event is free but fee is required for racing and camping

The Lowdown: Early fall is a great season for 14er hiking and other outdoor activities, so why not partake in a festival just for that? Meant to connect hikers, mountain bikers, and the like — the 14er Fest is an adventurous new festival in Buena Vista with trailblazing, live music, fly fishing, mountain biking, camping and more. We’re sure this festival is going to be a hit. 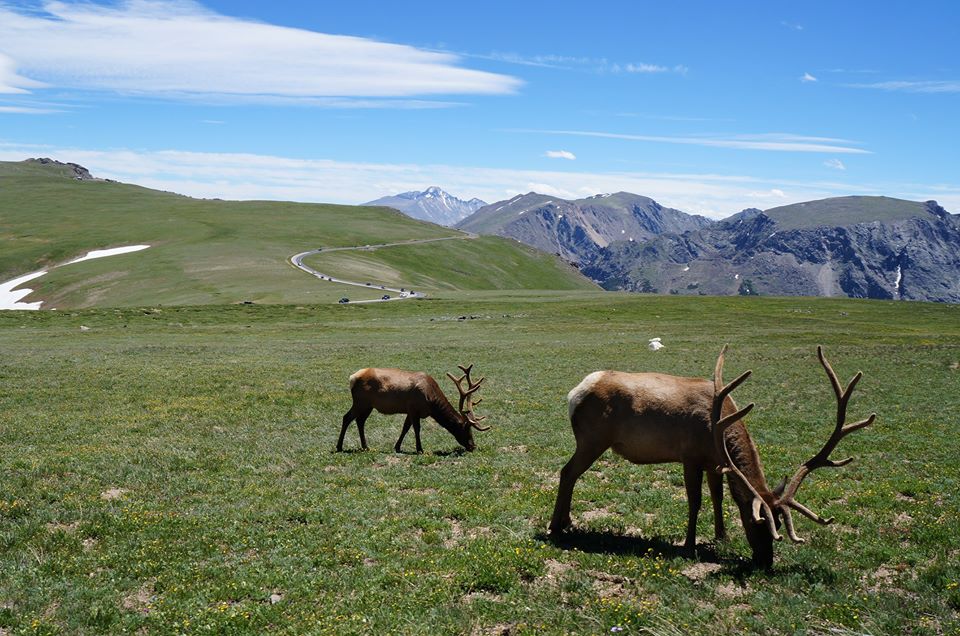 The Lowdown: If you’ve ever hung around Estes Park during autumn, you might have noticed elk just chilling in the streets, so it’s no surprise that this mountain town near Rocky Mountain National Park made a festival to honor their favorite animal. With bugling contests, exhibits, dancing, a craft beer garden, local vendors, Native American music and other elk-themed activities, Elk Fest is fun for the whole family and offers an educational theme you won’t find anywhere else in the U.S. 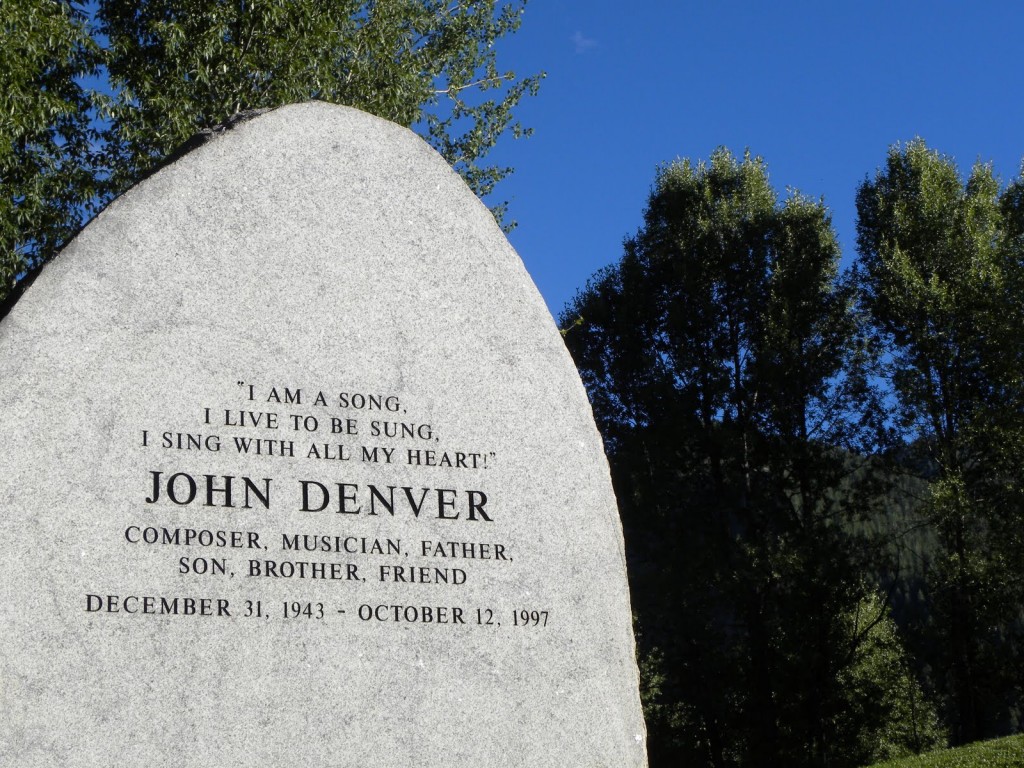 The Lowdown: Head to Aspen this October for a one-of-a-kind event with the John Denver Celebration. Happening all week long, you can listen to tribute bands, go on a walking tour, attend a singer-song writer event and of course, check out the John Denver sanctuary. If you’re a fan of the iconic musician, don’t miss this opportunity to get Rocky Mountain High. 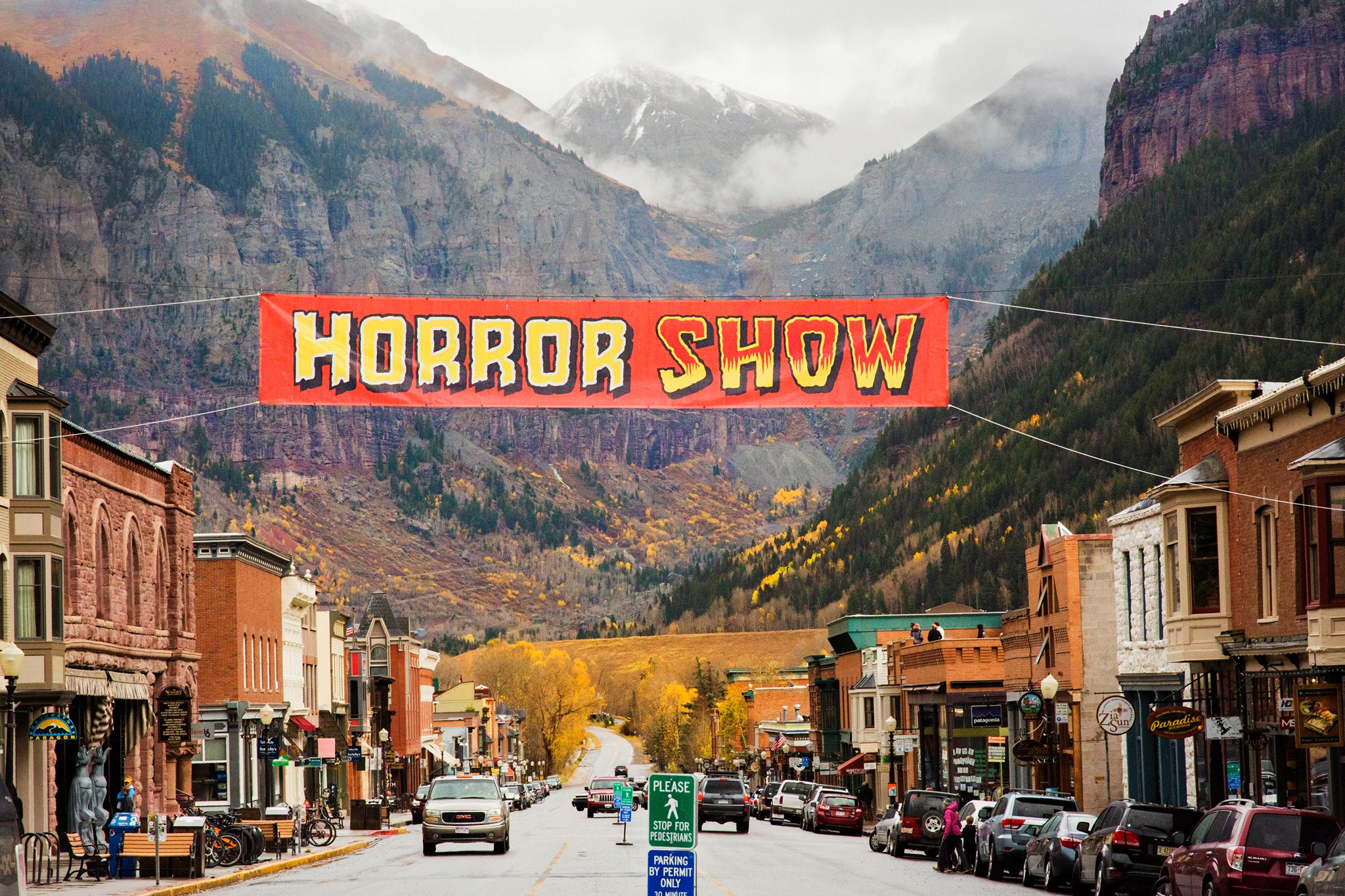 The Lowdown: If you love horror films, you really can’t miss Telluride’s Horror Show this year. Just this week, the festival announced a big lineup of premieres this year including Creep 2 and Jungle starring Daniel Radcliffe. But that’s just the beginning as the festival promises to release even more announcements about awesome films headed to the San Juan Valley. If that isn’t enough, the event also has a wide range of fun events. Last year there was everything from a pig roast, an ice “scream social, book signings, campfire tales and a horror trivia night presented by horror film publication Bloody Disgusting. Get in the Halloween spirit and check out this one-of-a-kind event.