“Every day I think, ‘What if I call my mom one day and she’s not home?’ That’s my mom. I don’t know what I would do if she went to Mexico, or how I would live. She’s my best friend right now, like every girl’s mom is her best friend, so every day it’s just wondering what could happen,” high school junior, Brenda, said of the thought of her mother being deported.

Brenda is like most juniors in her high school at Early College of Arvada. But what sets her apart is she and her three older siblings are the children of undocumented immigrants. Brenda recalls the night of the election and days after as an emotional time full of worry and fear.

“I just remember feeling in my heart sink to the bottom of my stomach and I remember getting up and going to my mom and crawling into her bed and just crying and not knowing what was going to happen, not knowing how the future was going to be impacted that day. And she said, ‘Todo va a estar bien, everything is going to be OK, you don’t have to worry, you’ll be fine,’” Brenda said.

Even before the election, Brenda had been no stranger to discrimination at her school. She recalled being called racial slurs like “wetback” and was referred to as “anchor baby,” even before she knew what the insults and racist remarks meant.

“I remember I used to get bullied all the time about my arm hair, about being dark and about my curly hair. And I had this period where I just was straightening my hair every day and was bleaching my skin and didn’t like any of my Mexican features and I hated being Mexican. But then one day I was like, ‘Eff this, I want to be proud. I don’t want any young brown girl going through what I want through.’ So I remember feeling that, and ever since then I’ve just kind of fluttered,” Brenda said. 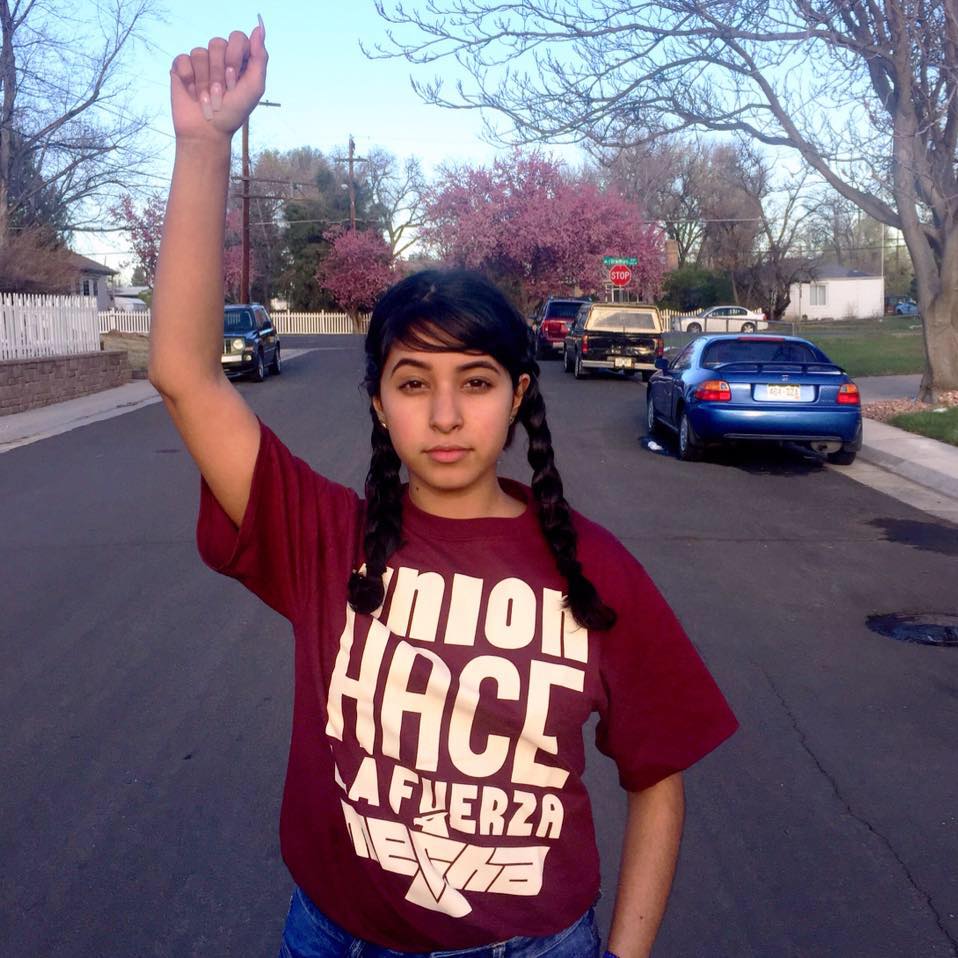 Especially after the election, Brenda has noticed the division within her school between more liberal and more conservative students her school.

“Now after Trump winning you can definitely feel the shift in this school especially. A lot of the more conservative Republican kids and faculty here don’t really like social justice, don’t really like the idea of equality and make fun of it a lot so ever since he got in. You can definitely feel the difference,” Brenda said. “I’m just afraid of how the minds of people are going to change. I’m afraid of how people are going to start treating people of color or minorities.”

In the months following Donald Trump’s inauguration, anxieties within the communities that he has made controversial comments about have increased especially within the immigrant populations. With the recent announcement about of the end of Deferred Action for Childhood Arrivals (DACA) policy and as Immigration Customs Enforcement (ICE) raids around the country continue to become more and more publicized, fears and anxieties within the immigrant community in Denver have also increased.

For elected officials like District 3 city councilman, Paul Lopez, anxieties likeBrenda’s have been expressed more and more from his District 3 constituents as well as others all around the Denver areas since the Trump administration has taken office. And within the immigrant community and among their allies, there has been a division between people being stuck with fear and those turning their anxieties into action like Brenda.

“I would be sad if I was an immigrant, and I would be terrified if I had any sort of legal status issue. And not terrified out of respect, but terrified in every sense of the word. It’s political terror. A leader of a country is not supposed to frighten its children of that same country,” Lopez said.

“We are not going to let him strike fear in our hearts. We believe that we have inalienable and constitutional rights.” 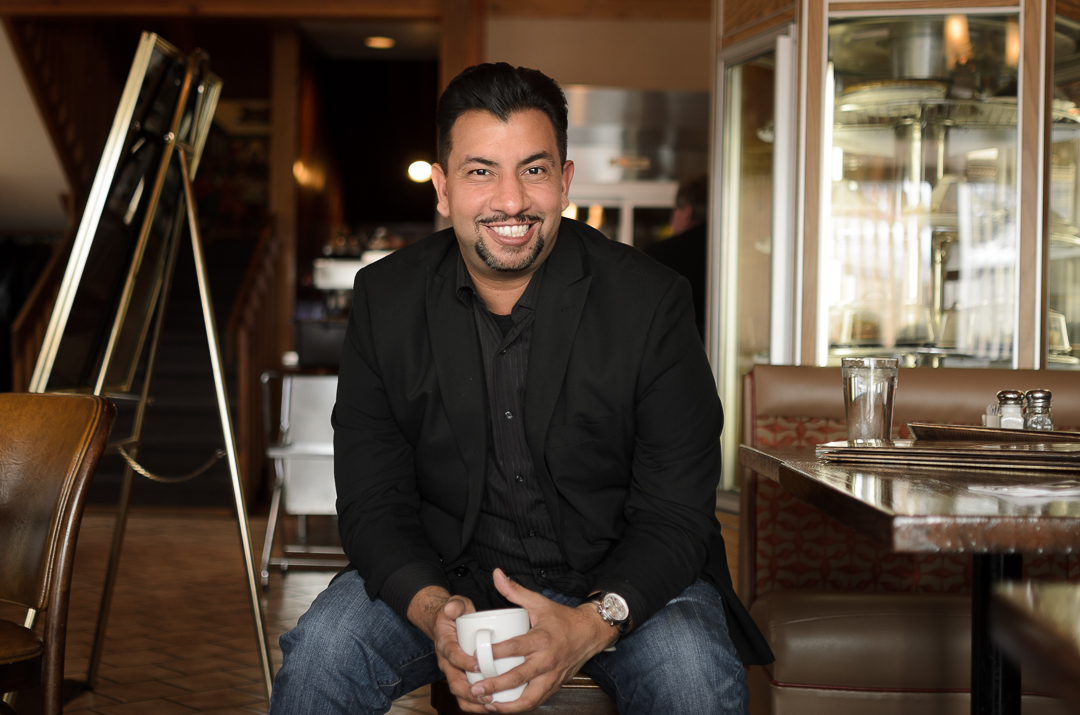 Councilman Lopez is known for his long career as a social justice advocate and has served on boards and has drafted policy that reflects his view on equality and equity in terms of immigration, education, housing equity and is an advocate for the Latino community.

READ: Getting to Know Councilman Paul Lopez with Coffee and Car Rides

“Since (Trump) has been elected I have been working day in and day out in applying a new filter to my work. And that is, are we reaffirming our constitutional rights. Are we making sure that people know their rights and what can I do to make people less afraid,” Lopez said.

He said that he believes the push back against the Trump administration has to start at the city level.

“The resistance is going to happen at the municipal level. [Trump] can’t bully our city. We won’t let him, and he won’t coerce us, [elected officials]. I’m not going to let him, I can’t speak for the city, but I can speak for my district. We are not going to let him strike fear in our hearts. We believe that we have inalienable and constitutional rights,” Lopez said.

For many, fear makes them stagnant of or feel stuck, and organizations like the Colorado Immigrant Right Coalition (CIRC) they have seen this firsthand and works with the community to engage them with advocacy. CIRC is a coalition of nonprofit organizations that work towards improving immigration laws in the state of Colorado so that Colorado can become a more immigrant friendly place to live and a more welcoming state for immigrants. Recently, the organization was a part of a rally at Auraria Campus to protest the end of DACA on September 5. According to Nicole Melaku, executive director of CIRC, 2,500 people were in attendance with representation from 16 schools. Melaku explained that unlike older generations of immigrants, many young immigrants are eager to publicly protest.

“It’s generational. They are less afraid to come out of the shadows than their parents. They know the only way we can show our presence is to come out,” said Melaku. In the coming weeks, CIRC will host community listening sessions with Dreamers to hear about their concerns, as well as mobilizing people to call politicians by hosting phone banks, doing traditional door to door engagement and potentially more marches. Melaku said the best way to find up to date information is to follow them on Facebook.

Negrete is a perfect example of this younger generation. She turned her anger, fear and worry into action. The high school student wanted to do more to help and protect the voiceless and those who can’t have a voice in the US. So she started calling different organizers and attorneys to try and find resources for the undocumented immigrant population. Right after Trump tried to administer his travel ban and made efforts to enforce his new immigration policies, Negrete reached out to 15 different law firms in Colorado to try and learn more about what rights undocumented immigrants and those affected by stricter immigration policies had. But none of the firms she called returned her calls. So instead of sitting back and waiting for someone to hand her resources about her rights, how to interact with ICE and how to support the undocumented community, Negrete did research and found the help she was looking for. She contacted FRESC, now known as a United for a New Economy (UNE), is a Westminster-based nonprofit whose mission is to build power to ensure that the economy and political system work for all Colorado residents, especially low-income people, communities of color and immigrants. UNE holds community forums and trainings called, Know Your Rights (UNE was also involved in this week’s DACA walk out). These Know Your Rights trainings include information about UNE, a history of why there are raids in previous and present administrations, recommended ways to act and interact with ICE or the police, what happens if you’re going to be deported and then role playing so that people understand how to use the trainings in real-world situations. UNE get the majority of their information for their trainings from national organizations like the Immigration Legal Resource Center and United We Dream, which are groups that are known for their advocacy for the immigrant community. One of the most important parts of UNE’s resources and trainings is that they provide services and information based on what the community stresses as the most important.

“We operate from a space and believe strongly that communities are safer when they are organized. We are building this membership-based organization where individuals are becoming members and we’re hoping to have hundreds of people building this grassroots movement where we can shift the power from the current powers that be back to the people so that they can take on and address and fight and win any issue,” Melissa Pluss, organizing director at UNE said.

But despite the good intentions of forums and trainings for undocumented immigrants, there are still immigrants apprehensive to attend community events for fear of being detained or confronted by ICE.

“Whenever there are these community forums or meetings we’ve seen attendance drop but we still feel it’s important to host these regardless just so that the community knows these spaces are here and will be here whenever they are ready. But that’s why it is important for us to do outreach,” Pamela Resendiz, deputy of director of United for a New Economy said.

UNE also offers its trainings and materials in one-on-one sessions at people’s homes. This is to try and create an environment where those seeking these resources feel safe and unthreatened. This is also how UNE tries to build deeper and more intimate relationships with the immigrant community in order to help them to express their rights, organize and empower each other and their communities. The next Know Your Rights event is on September 26 (for more info on the upcoming events, check the website). In the meantime, UNE is doing community outreach to understand how best support its community after the DACA announcements. The organization wants to encourage people to use the Colorado Rapid Response Network hotline (1-844-864-8341) if they, or someone they know, encounters deportation efforts so they can deploy dispatchers to go and record people going through that process. 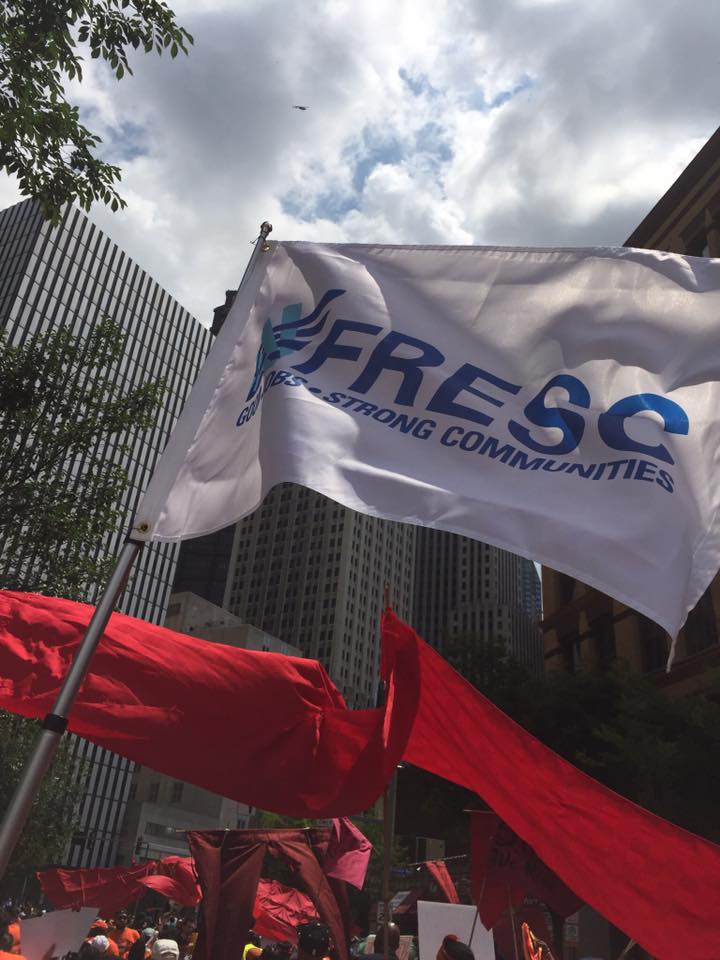 Negrete, UNE, CIRC and councilman Lopez are just some of the people and groups in the Denver area seeking equity, equality and to empower the immigrant community, but there are others out there working just as hard. For more resources check out these immigrant-friendly and advocating organizations like UNE, 9to5, Padres & Jovenes Unidos, Mi Familia Vota and Colorado People’s Alliance.

“The one thing that I’m asking the people in our community to remember is that people have worked their hardest, they’ve sacrificed and even given the ultimate sacrifice so that we can speak our minds and organize, so that we can take it to the street or the ballot box. And we have to remember that, folks that are undocumented, folks that are halfway there to permanent legal residency, or even legal citizens that believe this isn’t our struggle, it is our struggle,” Lopez said.

Brenda’s last name has been removed by request.