Getting to Know Councilman Paul Lopez with Coffee and Car Rides

District 3 City Councilman, Paul Lopez, walks into Lookin’ Good Restaurant dressed in a black button-down and blazer and jeans — a hint of a rocker in this political figure is obvious, but understated. He greets every worker he sees in Spanish before making his way to sit down with us. It’s clear he’s comfortable, well-known and endeared here.

“This was my second home as a kid,” Lopez said and orders a cup of coffee, clearly not his first here, and jumps into his connection with the café.

“I worked in two places as a kid,” Lopez said. One being this café bussing tables and the other being Mile High Stadium sweeping peanuts and taking tickets.

He lied about his age, 13 at the time, so he could work. “I needed to if I wanted to buy my own clothes,” Lopez said.

Both of his parents worked hard, his mom as a teacher and his father as a janitor, but they had to move around a lot, floating just above the poverty line. 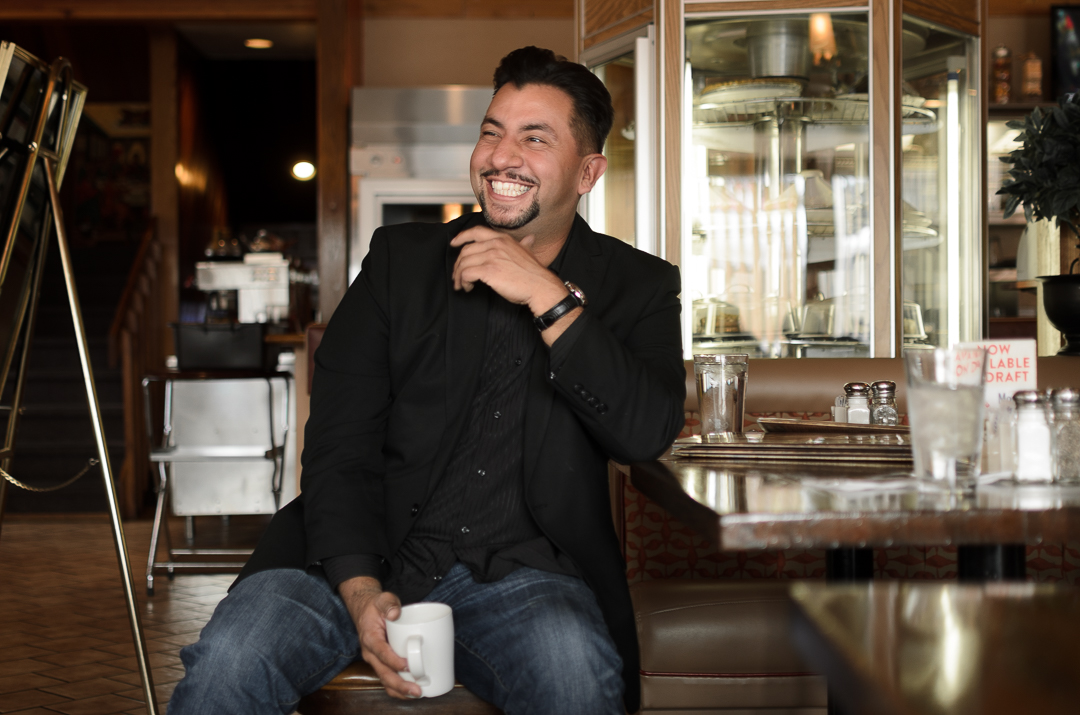 Thirteen was a pivotal year for Lopez, little did he know at the time. Not only was he working two jobs and attending school, he began his political career the same way he would run for City Council just over a decade later — knocking on doors. He was canvassing the neighborhood to rename Westwood Elementary to Richard T. Castro Elementary.

“It was important for me to see a school with a Spanish last name kind of like mine was a big deal,” Lopez said.

Richard T. Castro was a neighborhood hero, fighting for bilingual education and igniting a small fire in an impressionable Paul Lopez. His eyes were opened to what Castro was fighting for, and to what he could be.

“For me, what it boils down to is that old saying, ‘You cannot be what you cannot see,’ and I saw Richard Castro. I saw somebody who wasn’t what we were called as kids — lazy Mexicans. People would say the word Mexican in such a derogatory term. You’d say the word Chicano and they’d shun you for it.”

Because he was able to see someone like Richard T. Castro and learn about Cesar Chavez, Lopez said was able to see his way out of poverty and his biases, but kids in his neighborhood today get mixed messages from the political environment they’re growing up in.

When asked if he saw himself as a representative at a young age, his answer is honest and innocent. 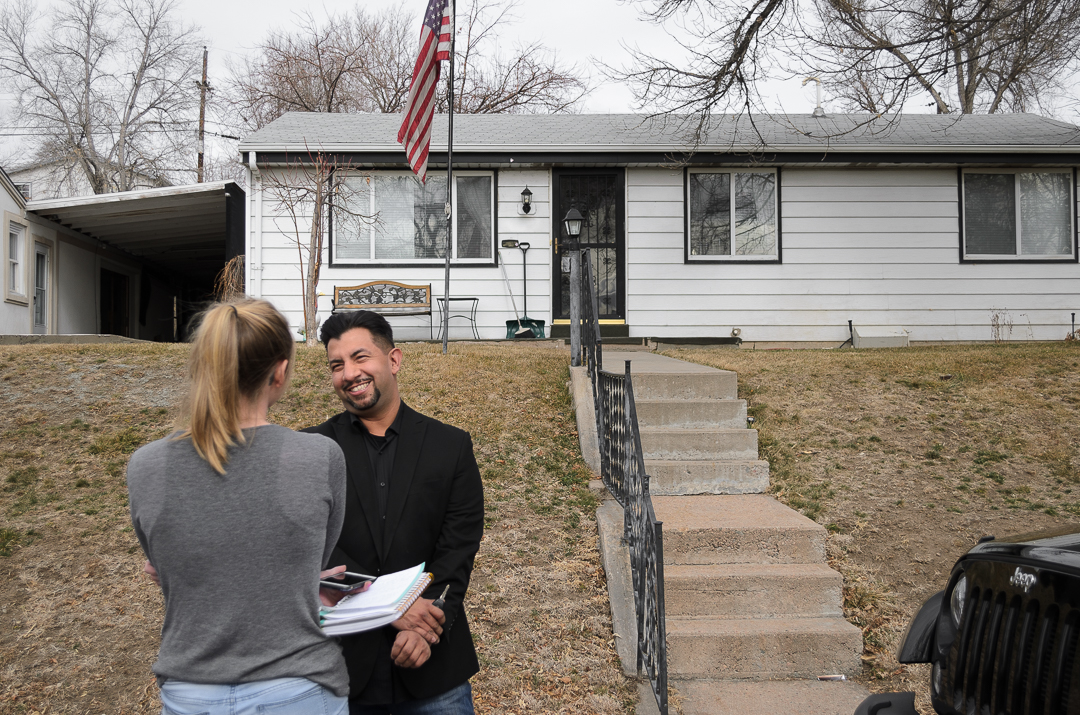 Lopez in front of his grandmother’s house

Lopez may not have grown up to be a rockstar in the traditional sense, but that doesn’t mean he still doesn’t aspire to be a similar icon for those looking up to him. Living in the shadow of Mile High Stadium is Denver’s District 3, which has been thirsting for the same economic development the rest of Denver is drinking up. Lopez is determined to change that, to be a rockstar in his own right for his neighborhood, where he gains so much of his identity.

“I grew up kind of rough. There was a lot of bad things around me growing up, and I had younger sisters that I wanted to get out of there too. For me, I wanted something better,” Lopez said.

So as a young self-described nerdy, rebellious and loner teen, he rode his bike to work two jobs, bought his own sports uniforms, got his own tuxedo for prom and paid his way through college this CU by bar tending. It took him five years, but he changed his major from business to biology to philosophy and finally landed on political science — it’s no wonder why he chose that major. He became the youngest Denver city council member to ever be elected at age 28 in 2007.

“I really didn’t understand what I wanted to do until I became a community organizer,” Lopez said.

At first, he volunteered his time organizing in the community, but when he found a job that paid him to do that, the rest is history, literally. He was one of the leading organizers the largest march in Denver, until the recent women’s march, bringing 100,000 people to the state capitol in support of humane immigration reform in 2006. Before he organized the march, Lopez organized Denver-area janitors, bringing them to the table, bargaining for health insurance higher wages and paid time off with the Service Employees International Union. As his father was a janitor, this cause was close to his heart. He explained that his personal battle with poverty as a child and then his experience as a community organizer helped him understand the causes of poverty.

Lopez has strived to improve his community, and he took us around District 3 to show us the impact he’s created. So we hopped in his car, a black, sleek Jeep, as the radio played catchy Latino music. The roads we drove on had not been paved in decades, until Lopez showed then-Mayor John Hickenlooper a marking he made in the concrete as a kid. One of his fondest achievements, Lopez said, is talking with the construction workers, some of whom lived in the area, over bottles of water and Gatorade as they paved the streets in the Westwood and Barnum neighborhoods.

“This is where I lived. This is one of the places I grew up,” Lopez said as we passed a white house with an American flag in the yard. It’s his grandmother’s house, a person dear to his heart.

“All my memories are here,” Lopez said, and we took a moment to breathe in his childhood.

“One of the coolest things I remember is my grandma saying ‘finally the street is done,’” Lopez said as he patted the smooth pavement with his black boots. “We paved this one not too long ago.”

His grandfather built the house, always flying the flag with pride. 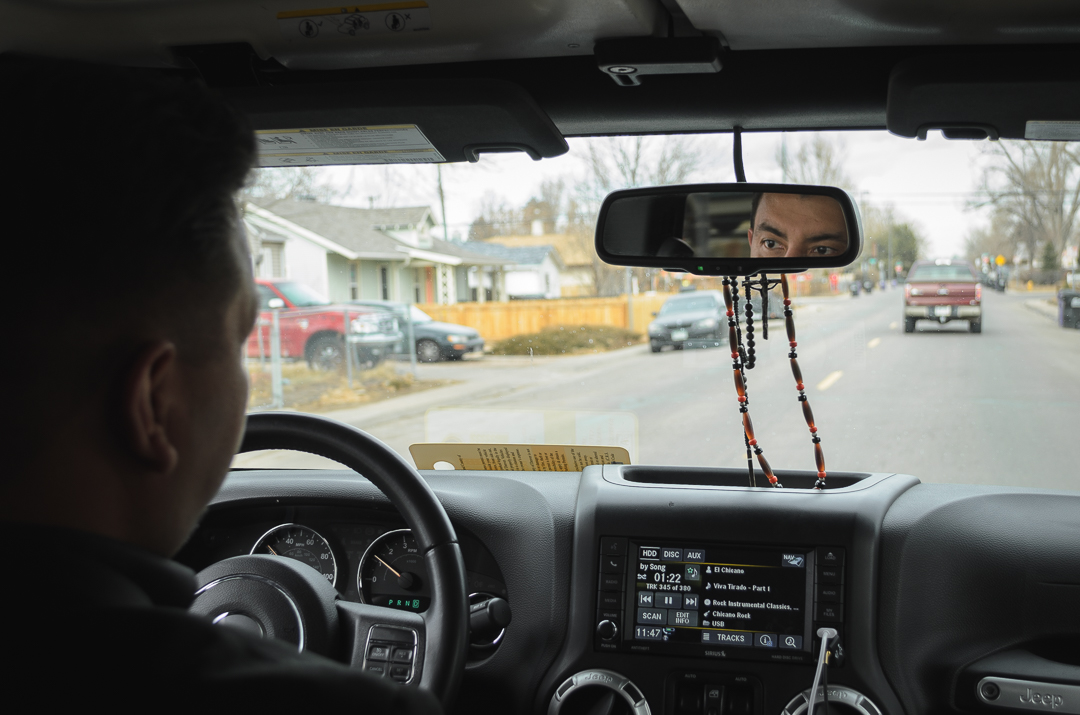 And back in the Jeep we went. We passed homes, alleys and streets. Where he once rode his bike to go to work at the Stadium, now he drives his black jeep and passes a BMX park. We passed the elementary school where he attended and now his daughter, his true pride, joy and lasting legacy goes to school. She attends City Council meetings with her own council tag he made for her. It’s obvious he’s passed on his humble drive to her.

“I’ll tell you what, she’s dead set on being president. She has her own little campaign signs,” Lopez said. “I’ve encouraged her that nothing can stop her except herself. The only person that can stop you from doing anything is yourself, and that’s what I explained to her when Trump was elected. She was so broken hearted because she knew that her friends were scared. For kids to be afraid of the election of a president, that’s so unreal, that says something. Her first understanding of an American President was a Black man from Chicago. That’s quite a different life than I grew up in,” Lopez said.

We move on, and he points out the pedestrian bridge across 6th Avenue, a large start to an even larger vision he has for his neighborhood.

He drove us down toward Colfax and his eyes lit up, his voice became impassioned as he described his vision of arched and lit pedestrian walkways dotted with trees and bike lanes that stretch into the heart of downtown.

“Imagine this being Denver’s Brooklyn Bridge. Imagine how that would change the game for us in the West side,” Lopez said.

He hopes one day the kids who are able to ride their bikes on the paved streets will be able to attend any of the universities in Denver without having to step foot in a car.

It should be noted that this is not a story of pity, but one of pride, triumph and success. Lopez, as he should be, is proud of where he came from and who he is.

All Photography by Austin Cope