Last night, July 22, patrons of The Ogden Theatre at An Evening with Dawes were transported.. straight into an ’80s rock band victory tour. There were spinning lights, multiple keyboard solos and — at one point — reggae beats. While they’re talented musicians and songwriters, Dawes’ sound has changed markedly in the last few years. It would be unreasonable to expect them to be the same performers, but the most surprising difference was how little the performance seemed to be for the audience. Numerous solos, questionable choices on the part of whomever designed the lights and a general atmosphere of self-congratulation were laid on thick for the first 40 minutes of Dawes’ performance.

The band has been categorized rather frequently as “dad rock,” and the moniker fits, given the heavy influence of artists such as Crosby, Stills, Nash and Young, Fleetwood Mac and later Beatles albums. In a conversation with 303 Magazine last week, keyboardist Lee Pardini cited Bob Dylan and Dire Straits as current influences. Many young adults across the US could probably win a scavenger hunt through their parents’ record collections with that list. The makeup of the crowd was overwhelmingly male, white and not quite young: Pre-dad or future dad. 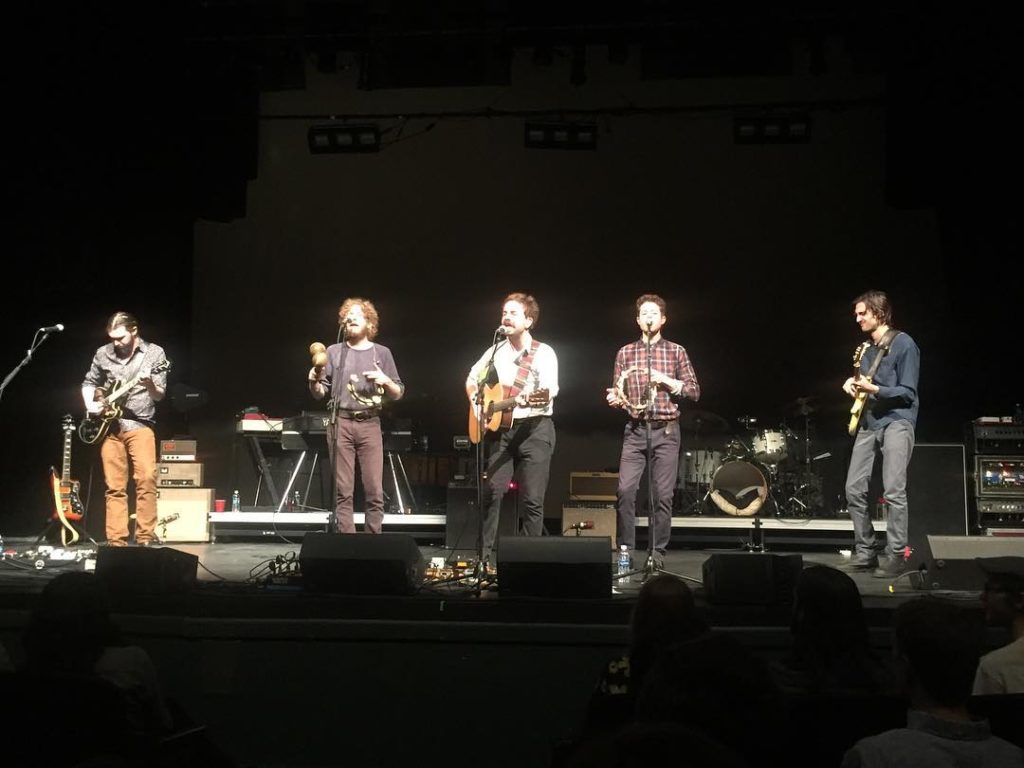 Fortunately, the soulful folk rockers of old made several appearances throughout the night, and they ended the first half of the show with an electrifying performance of “When My Time Comes,” harmonizing beautifully. From the first few notes the entire atmosphere of the venue changed, and in the warm bright light shone on the audience you could feel the building vibrating along with hundreds of vocal cords in time to the beat and driving bass line.

Lead vocalist Taylor Goldsmith retook the stage on his own and played acoustic versions of some of the older songs, including “Love Is All I Am,” with brother Griffin Goldsmith and keyboardist Pardini on backing vocals. He then announced his brother Griffin was about to “sing the sweetest song about college football you’ve ever heard.” He wasn’t lying. “Roll Tide” took on a poignant sweetness performed in a stripped down instrumental and vocally harmonized style.

In the course of their impressive three hour performance, Dawes played several of their fan favorites, including: “A Little Bit Of Everything,” “Somewhere Along The Way,” “Less Than Five Miles Away,” and “All Your Favorite Bands.” They spanned a decade of releases, and the energy of their performance didn’t flag. Bassist Wylie Gelber roamed, each song second nature as he bopped, bounced and shimmied up back to back with his bandmates, which was thoroughly entertaining to watch.

Aside from the select highlights of their performance, Dawes debuted a song which Goldsmith declared had never been played before, “for anyone, ever,” called “Mistakes We Should Have Made.” For the long-time fan, their evening with Dawes was no doubt magical, but for the casual listener multiple hours of long guitar and keyboard solos, and intense pulsing white light straight into the crowd’s eyes made the experience far less enjoyable, but was all in all a worthwhile evening.