Tensions are settling in the RiNo neighborhood today after family-owned Joe’s Liquor came to an agreement with the nearby businesses to drop a hearing on the store’s liquor license. The hearing on whether or not to renew the license of the 33-year-old business was requested by multiple business owners in the area. As originally reported by Denverite, the complaints came in the form of letters that claimed Joe’s was a “nuisance,” noting public intoxication of its customers, some of whom are presumably homeless. The current agreement aims to tackle some these claims by adding conditions for the renewal including: not selling liquor to habitual drunkards, prohibiting loitering and having all employees complete TIPs (Training for Intervention Procedures) training. 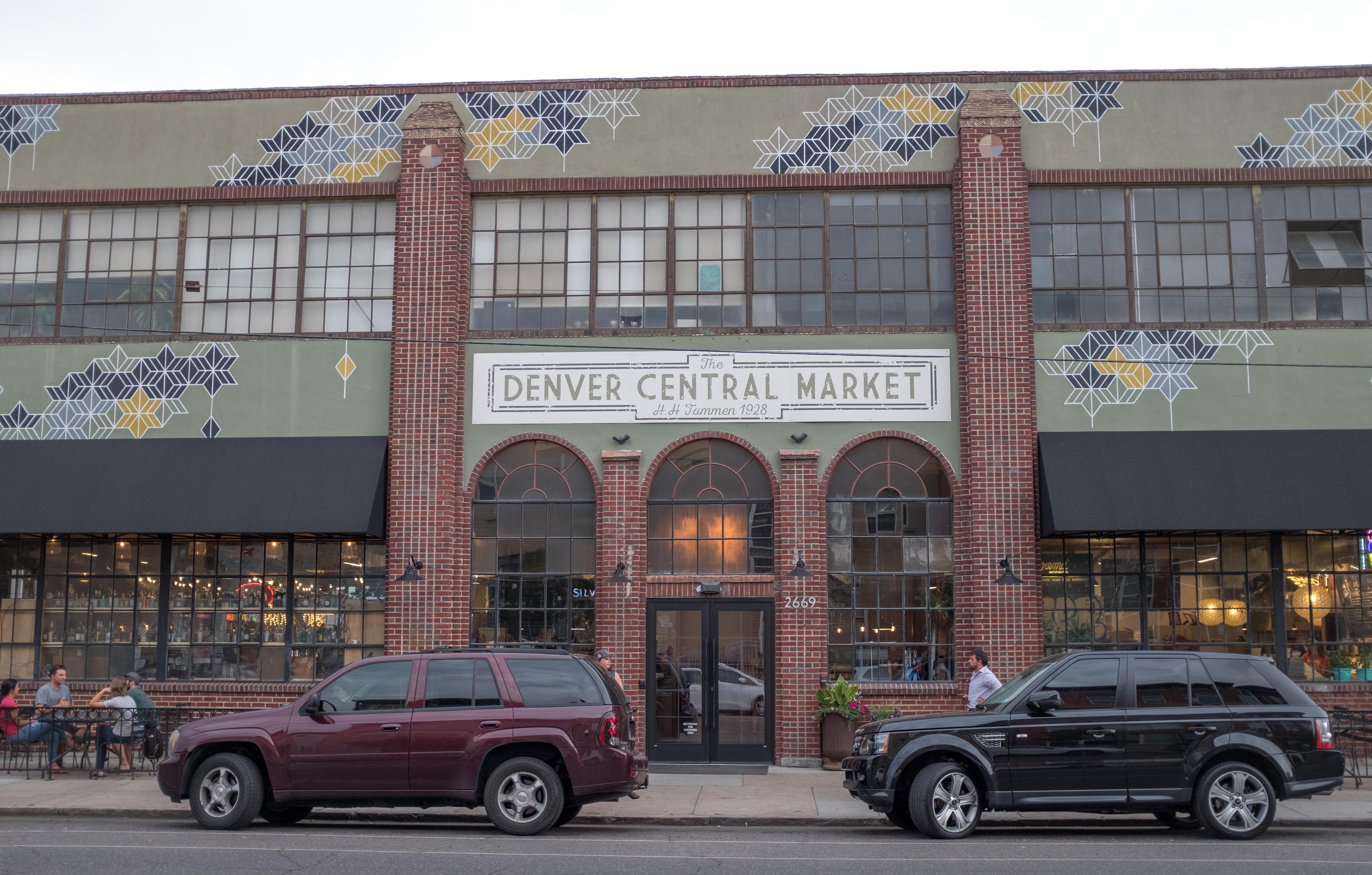 Some community members believe that gentrifying forces are to blame for the effort to remove the liquor store. Joe’s, which is owned by the Choi family, is one of the very few businesses that have operated on the block for more than a decade. Much of the contention has been focused on the fact that the majority of the businesses are housed in buildings owned by one developer, Kenneth Wolf. He owns Denver Central Market as well as the buildings that house 10 Barrel Brewing Co., Samana Float Center, LIV Studio and Visions West Contemporary — all of which filed complaints to the city. Due to a state proximity statute, Wolf (or anyone) is legally unable to open a liquor store if Joe’s is still in business. In his own letter to the city, Wolf denies the rumors that he wants to own a liquor store in the area. He also notes that he has made multiple attempts to purchase the store in order to transfer it to a “responsible operator.” Wolf did not immediately return our request for a comment on the subject.

Word about the situation spread wildly on social media, and the community has shown support of Joe’s. Local photographer and founder of Theyshootn, Armando Geneyro, was motivated by the situation to take photos of community members making signs and showing support of the store and the Choi family. After many people showed interest, it was decided to instead host a rally. “I really just wanted to take some photos of people from the community showing their support to Joe’s. There’s power in images, and I wanted to make sure I documented what I feel is an important moment in time for our neighborhood,” Geneyro said. “Joe’s has been there for 30 plus years. I figure if they can push out Joe’s, they can push out whatever establishment they want. A lot of people have shown their support and have RSVP’d to the rally, which goes to show you how much the community respects Tim Choi and his family.” 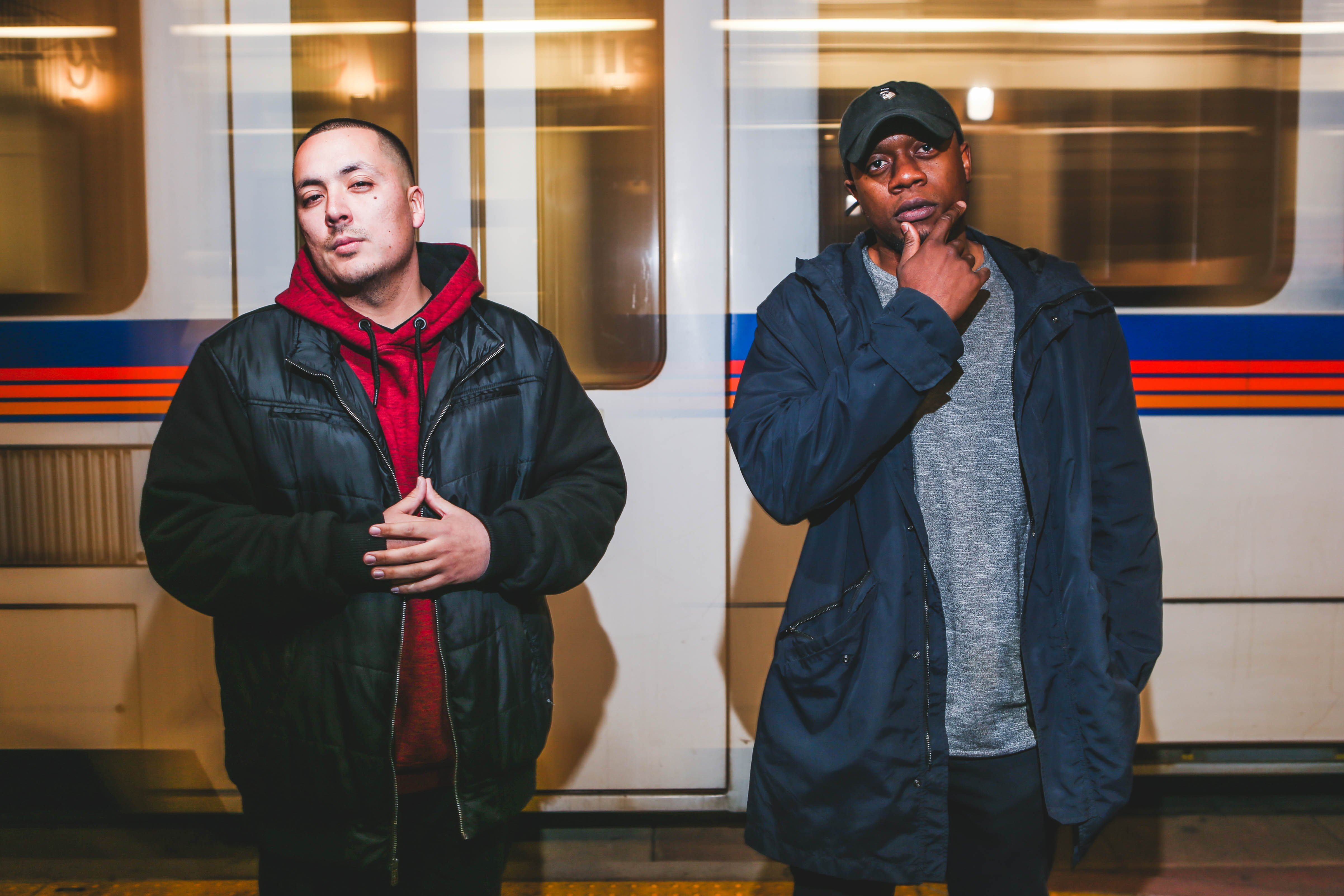 Geneyro explained he felt a responsibility to bring people together for this cause. “As a [person of color], it just triggered something inside,” he said. “I’m no politician or philanthropist, but I felt it necessary to help speak out against practices that I felt are unjust. This is definitely something happening at what seems like every corner in Denver.” He also pointed out issues he had with the letters citing problems with the homeless. “They want to cite homelessness as a reason to shut Joe’s down. Why don’t they help out instead of fucking criminalizing and placing this stigma on the homeless people in our neighborhood?” he asked. “The city does very little to address issues like homelessness and high cost of living. Instead, they criminalize homelessness and let developers get off with bullshit fines when they refuse to offer affordable housing options.” 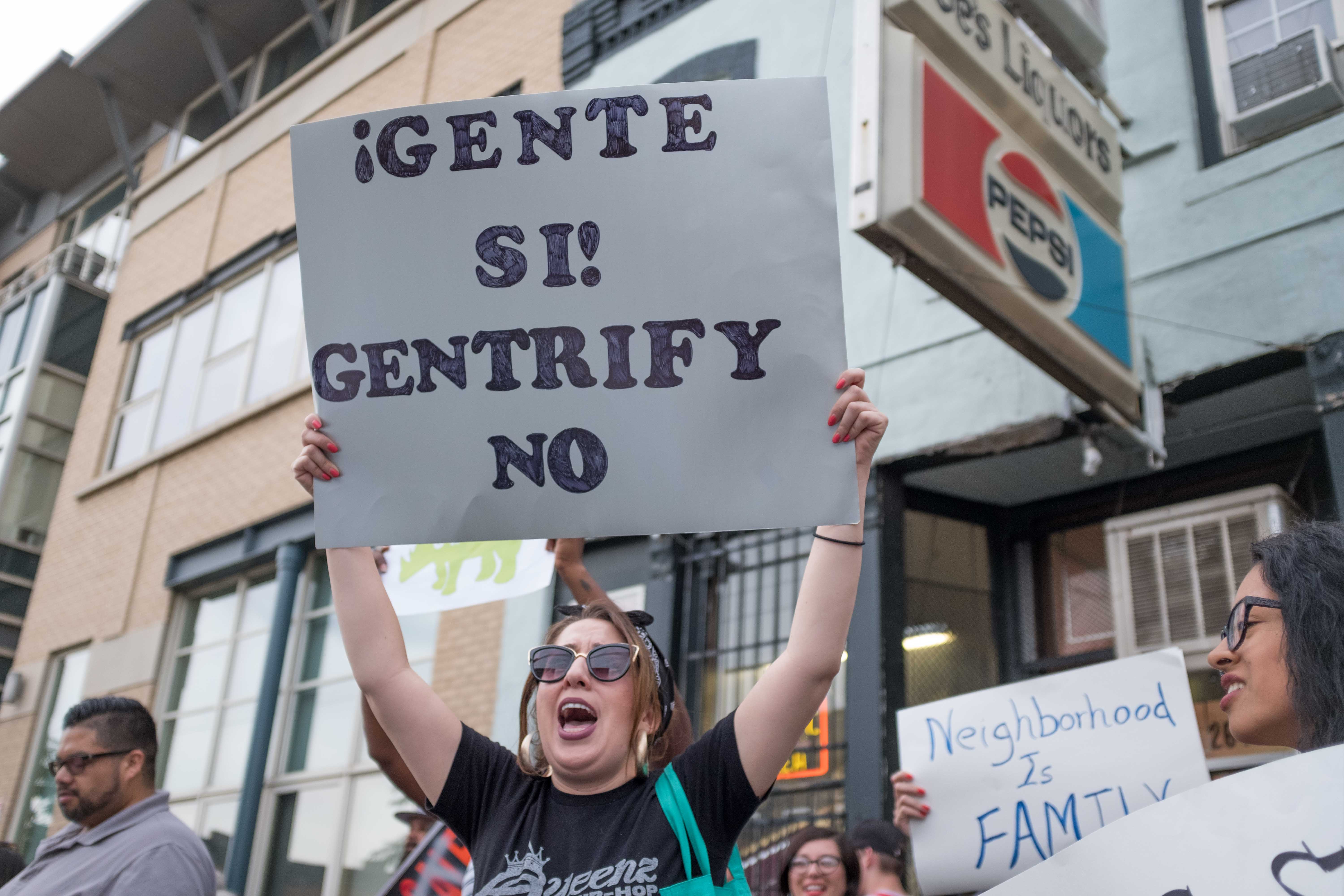 Attendee at the June 22 rally. Photo by Kyle Cooper

On the evening of June 22, a crowd rallied behind Geneyro’s vision and showed up in support of Joe’s. The hearing had been canceled shortly before the rally began, but the crowd still came out to show their love and appreciation for the Choi family — and to make it known the community is here to stay. The gathering was passionately charged and good spirited. Many people walking or driving by shouted or honked in support. Folks were handing out flowers, giving hugs and sharing memories of when the neighborhood around them — what they still consider the East Side — looked vastly different. It was no secret that the changes to the neighborhood have been painful for some of the people gathered there.

“We’re all here because we’ve seen this neighborhood rapidly grow in the last few years and change. A lot of us have roots in this community, in Curtis Park. My family has been here almost a century — 80 years we’ve been in this neighborhood. There’s a lot going on with development, and I feel like there’s a lot of people taking opportunities to push people who’ve been in this neighborhood out,” said Justine Sandoval, a rally attendee. “Right now we’re really trying to push back against that because I feel like if we didn’t come together as a community, they would’ve used tactics with the city to push this liquor store out. This liquor store has been here as long as I can remember … We’ve seen that happen over, and over and over.” In talking to the community members, it became clear that the situation with Joe’s is representative of something larger.

“They continue to marginalize poor business by holding them to certain standards that they don’t hold other businesses to. There was language about drunkards, habitual drunkards, but we all know that LoDo and RiNo are full of habitual drunkards who are here all the time. Why is there one standard for one type of drunk and not another type of drunk? To me, it’s a class issue,” said Sandoval. “We’re really tired of that type of stuff going down in the city. We’re here to say, ‘Alright, if you want to hold them to one standard, then you have to hold everyone to a standard here, because there was a community here and there are people who have a right to exist and have businesses here.'”

Vanessa Quintana, who also grew up in the area, spoke of a similar sentiment. “It’s just one symptom of the whole process of gentrification here in my neighborhood. I was born and raised in this neighborhood, I used to come bike riding down in this area, I had friends who lived in those projects that were shut down,” she said. “This is my neighborhood, and to see all of this … development push out the families, low-income families of color, trying to push out businesses of color simply because their customer base is different, [because] it’s not appealing to the white middle-class customer base — it pisses me off, it’s infuriating.” Quintana explained that due to the development, she can no longer live in the neighborhood. She also pointed out that there’s a lack of effort to include the community that’s already been in the area in the development. “I grew up here, and now I don’t even recognize it,” she said.

The rally created an opportunity for the dialogue Quintana mentioned to take place — even if it’s mostly between community members who feel similarly about the issue. It was also a clear demonstration that the community is loud, united and there to stay — and they all surely love the Chois and their business. Joe himself was visibly feeling supported, and when asked for comment he said, teary-eyed, “Thank you to everybody, so much. Just thank you.” 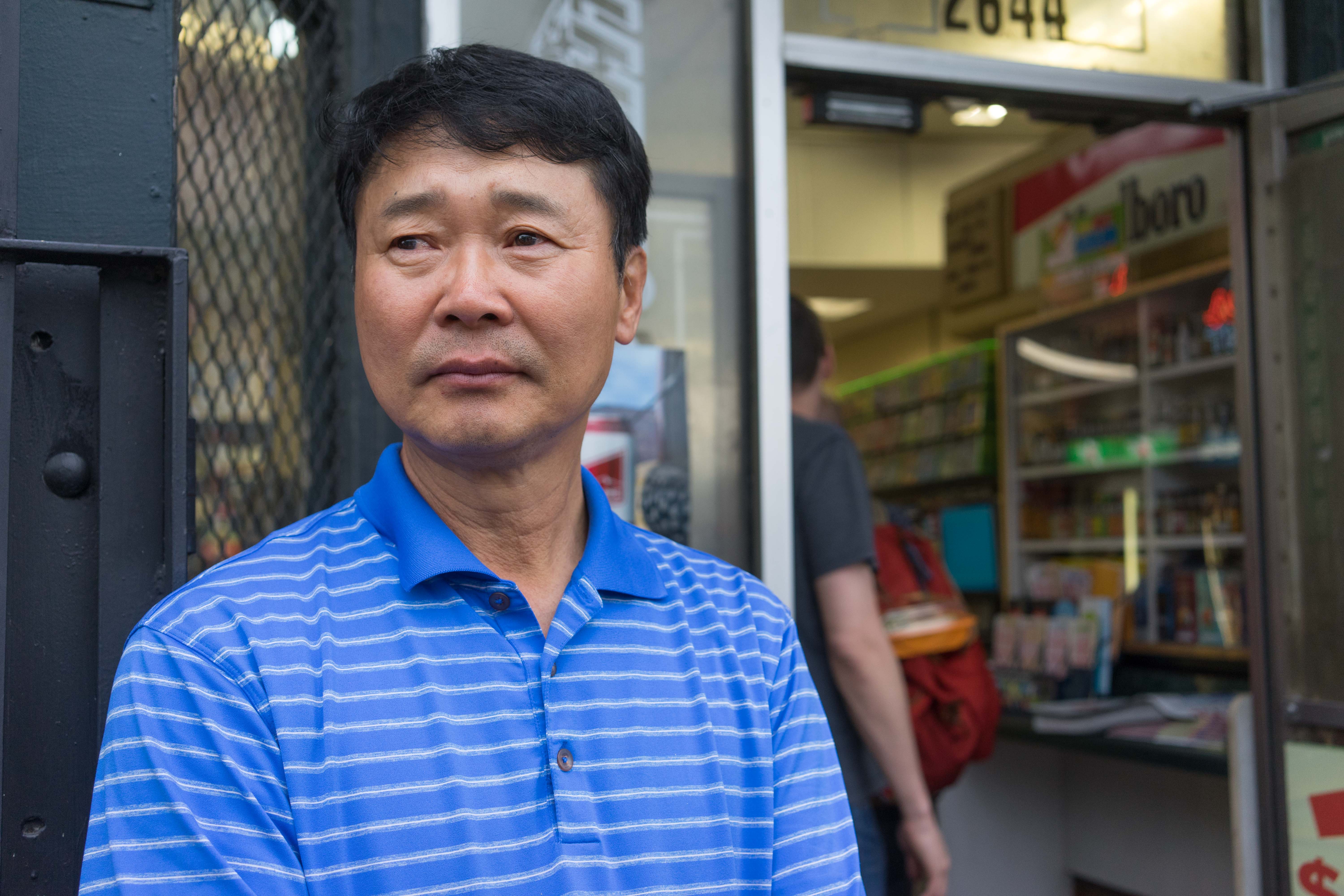