10 Things We Know About the “Super Festival” Coming to Denver

So far there has been very little to go off of regarding the “super festival” allegedly coming to Denver as soon as 2018 — even though it has been in the works since 2010. The potential love child of the creators of Bonnaroo and Coachella could be a big event for Denver, so we have compiled a list of 10 things we know for sure.

1. The new “Super  Festival” is a collaboration between AEG, the promoter of Coachella and Superfly, and the organizers of Bonnaroo

Update 5/1/17: AEG, though supportive of the new festival, will no longer pursue involvement. Plans will be moving forward with SuperFly and the City and County of Denver.

The new “super festival” as it’s touted to be is a “Coachella–esque” experience mixing music and art. San Francisco’s Outside Lands Festival, which is organized by Superfly Presents, is the closest comparison for what to expect from the forthcoming Denver festival. 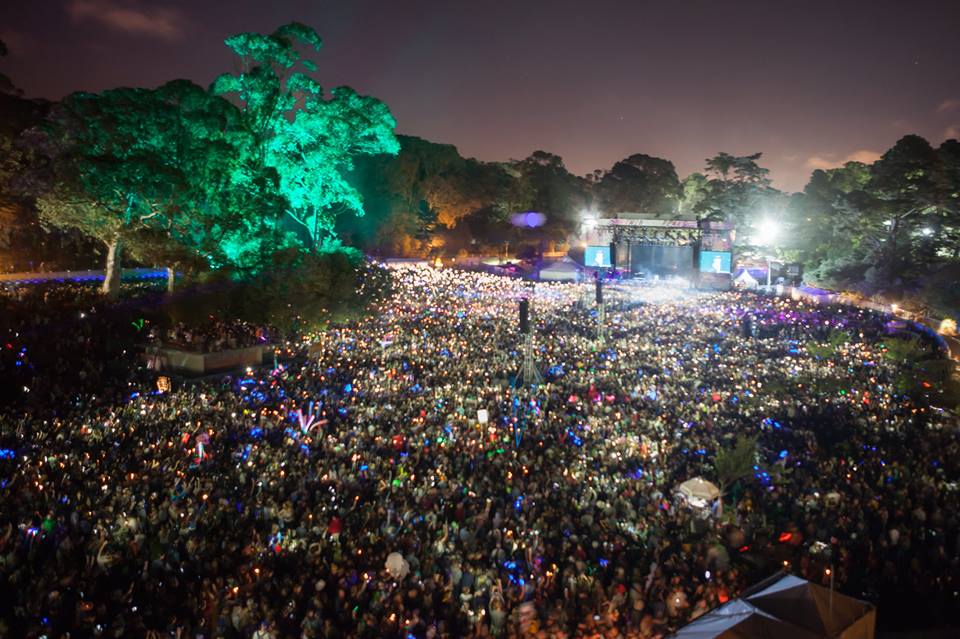 While Overland Golf Course is currently the front-runner in terms of festival location, Westminster Open Space and a couple other undisclosed options have been discussed as well.  While there are many contenders, the most effort has been put into convincing the locals and city officials tied to the golf course.

3. Organizers are working closely with residents and city officials

In order to combat the various community tensions that have befallen other Colorado music festivals like Snowball and last year’s Vertex Festival, the organizers are working closely with city officials and local residents to work through such problems before they even arise. Doing so will ensure that the forthcoming festival will be sustainable for future iterations. Earlier this week the City of Denver Office of Special Events announced that it will be moving forward with plans for the festival.  Contracting will begin between Superfly and the City and County of Denver, but it will all come down to City Council’s final decision and a public hearing.

However, petitions have already started circulating in favor and against the event (go here for more on that).

On par with other major music festivals, the “super festival” coming to Denver hopes to maintain a 30,000 to 60,000-person attendance over the course of three days. Whether it will incorporate camping or onsite accommodations has yet to be revealed.

The forthcoming music festival has been under consideration since 2010 after the Mile High Music Festival failed to become profitable, according to AEG Rocky Mountains CEO Chuck Morris. Unlike many major urban hubs, Denver does not have a large scale destination music festival that is inherently its own like L.A.’s FYF, San Francisco’s Outside Lands, Chicago’s Lollapalooza, Las Vegas’ Life Is Beautiful Festival, Austin’s Austin City Limits and SXSW, New York City’s Governor’s Ball and Miami’s Ultra Music Festival for example.

6. Holding a festival within Denver city limits is not an easy task

Even though there have been a number of festivals in the Denver city limit, a multitude of meetings with local residents and a myriad of other various peculiarities are still required before any concrete plans can be enacted, which makes attempting to hold the festival within the city limits is a feat in itself. Not to mention the density of properties makes for having to appease a lot more people and as Chuck Morris indicated, they will not launch a festival if the community is not welcoming.

7. Festival slated to take place as early as September 2018

Compliance and mutual understanding prohibiting, the proposed “super festival” may be closer to being realized than initially thought.  Currently, September 2018 is the ideal launch date, with each night having a prospective ending around 10 p.m.

8. Festival would likely close Overland Golf Course for a month

In order to rehabilitate the site following the proposed festival, the Overland Golf Course would need to be closed for upwards of a month. During the closure, undisclosed incentives would be given to golfers to golf at other courses.

9. If held at Overland Golf Course, the new Levitt Pavilion will not be utilized

The new 7,500-capacity Levitt Pavilion opening this summer, which shares a close proximity to the proposed site of the “super festival” was deemed not large enough to function as a legitimate part of the festival.  Neither Levitt nor the organizers of the forthcoming festival have approached each other regarding the space. For more information on Levitt Pavilion go here.

10. The Festival is far from a done deal

Despite all the meetings and planning and what some consider to be a concrete plan, there’s still a real possibility that the festival may not happen at all. A lot of work has been done to accommodate all parties involved, but it could just as easily fall through or be pushed to a more welcoming city in Colorado. 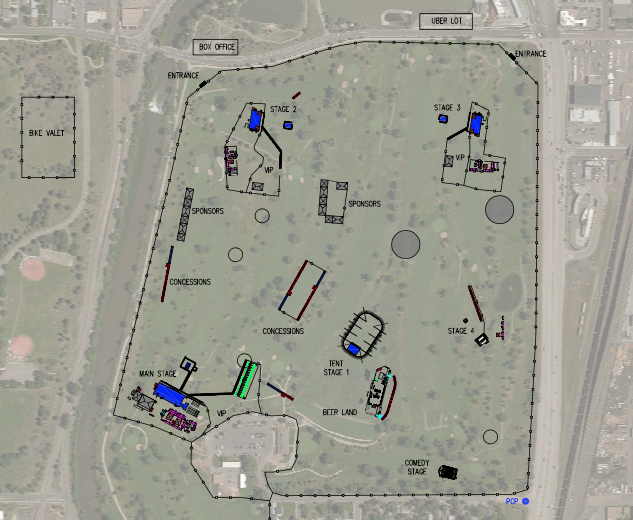 Proposed layout of the festival. Rendering courtesy of AEG.