Levitt Pavilion opens summer 2017, and with it comes a variety of free live shows for Denver. The nationwide organization is constructing its next community music amphitheater in the massive 83-acre Ruby Hill Park. The South Denver park was historically a mill town along the South Platte River. Now, it’s mostly known for winter sledding and skiing—but not for long. It’s quickly becoming a haven for Denver’s community arts and so much more with Levitt Pavilion raising its foundations and the recent openings of both a children’s park and a bike park.

Working with local and national artists alike, the venue will enhance accessibility and outreach for many artists with no-cost summertime spotlights. Levitt Pavilion kicked off a preview concert series with Colorado natives Flobots, with the free concerts continuing through October with various musicians and comedians in Civic Center Park. Executive director of the Denver project, Chris Zacher, has achieved highly esteemed recognitions from ranking in Denver Business Journal’s 2013 Top 40 Under 40 to being recognized by AXS.com as one of the most influential people for Denver music in 2014. 303 Magazine had the opportunity to speak with Zacher about the highly anticipated Levitt Pavilion.

303 Magazine: Why did you decide on Denver for the next concert pavilion?

Chris Zacher: For multiple reasons. One, there’s just an influx of people moving to Denver, especially in the music side of things and it seems like a really good fit. Also, we don’t have any free cultural facilities in town and we’re trying to bridge that gap.

“We really want to create a healthy competition if you will amongst local musicians to get to that level. We’re not looking to pay people what they’re probably used to making right now. We want to raise that bar.” – Zacher 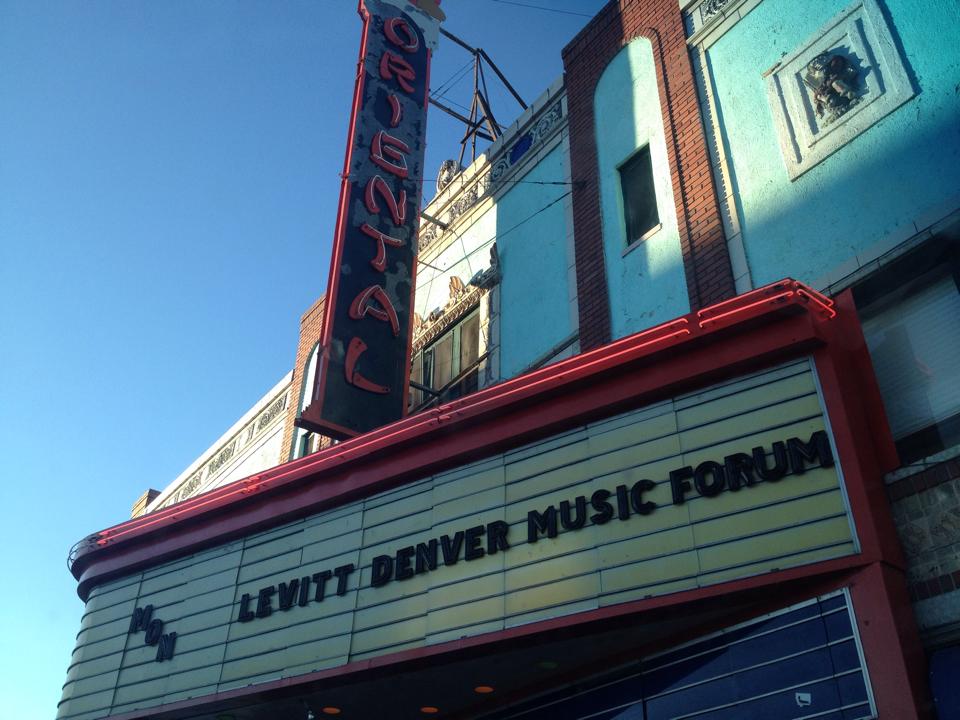 303: Denver has certain stipends in place to help the arts in the city. Have you received any of this help or support from the local government?

CZ: Yeah, we’re partnered with the City and County of Denver. The completed venue is in the Ruby Hill Park, which is the third largest park in Denver’s park system. Through this partnership, the city gave us the land and about $2 million to help construct the facility and then we raise the rest of the money through local foundations and private donors and corporate donations as well. As we go on for the next 50 years, we’ll operate this facility for the city. Outside of Levitt programming we will partner with other arts-based organizations to provide opportunities to be able to present at an amphitheater that they wouldn’t normally have. If you look at Red Rocks, for instance, it’s booked out five years in advance and pretty much controlled by one promoter because of the type of the shows they bring through and what they’re looking for. This venue kind of evens that playing field and opens it up for other promoters in town and arts-based organizations to utilize.

303: On your website, you talk about donating grant awards to local nonprofits. Do you already have an idea of who you’ll be collaborating with here in Denver? 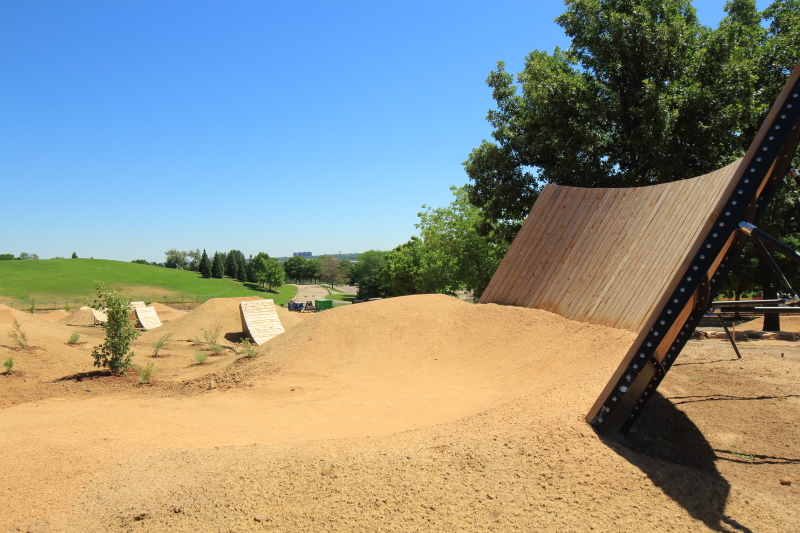 Ruby Hill Park is going through many renovations as of recent from a children’s park and playground, to Levitt Pavilion and this brand new bike park. Photo courtesy of psmbx.com

303: How do you select which bands will be playing at the venue, and will the public have any say?

CZ: We’re partnered with Illegal Pete’s and each year they’re going to run a contest through their stores to have the public help nominate some artists. We spend a tremendous amount of time scouting artists and have been for years. I think what we’re going to do on the local side is start out with a lot of co-headlining shows—we’re talking about a 60-minute set and have two local bands. In order to get to that level these local bands have to have shown they’re able to draw a crowd at some of the other venues at Hi-Dive or 3 Kings [Tavern]. 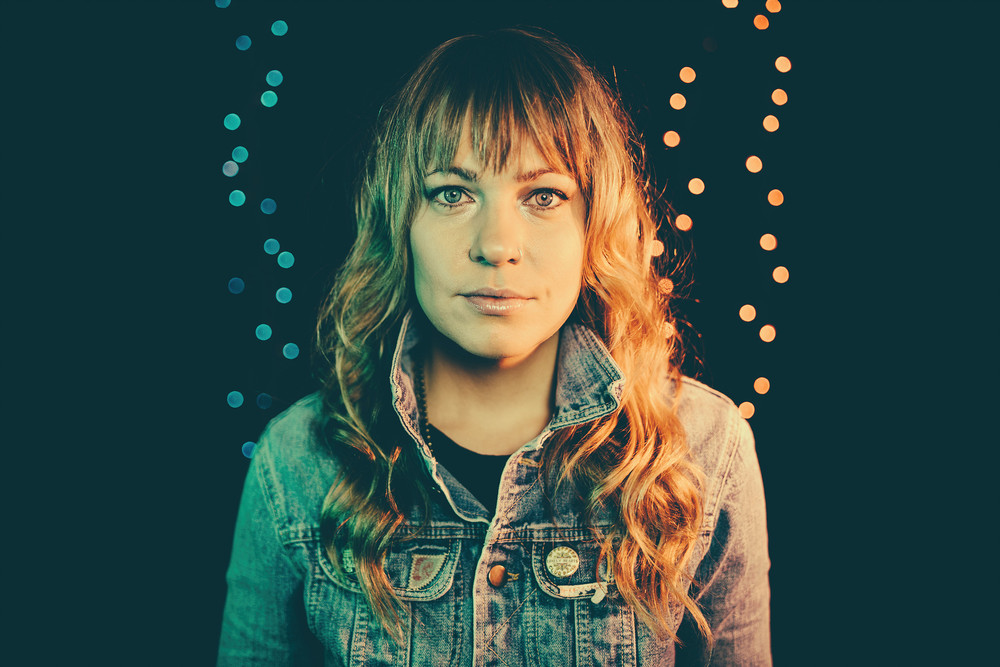 Brandy Zdan is playing the next free show in Levitt’s preview series at Civic Center Park on August, 26. Photo courtesy of http://levittdenver.org/calendar/

303: Will the artists performing be getting paid?

CZ: We really want to create a healthy competition, if you will, amongst local musicians to get to that level. We’re not looking to pay people what they’re probably used to making right now. We want to raise that bar. We want to make sure that these guys get paid and that they can work as professional artists long-term. We call ourselves a launching pad for Denver’s music—we think that Red Rocks is more of a landing place. Starting in 2018, there will be 50 concerts [a summer] and 25 of them are dedicated to national and international touring and emerging artists. When you think about where Nathaniel [Rateliff] was two years ago or where The Lumineers were six years ago, these bands are just getting ready to break.

“We’ve been working on this for four years–ƒive years to the day when we open.” – Zacher

303: Tell us about the architecture of the new pavilion.

CZ: Oh man, it is a really cool modern building. It kind of ties back into the park–when you look at the building it’s like a ribbon that’s being unwrapped. There’s a metal mesh material that will clad the building and it will have an LED screen, a 75 x 35-foot stage, built in food truck pads, concession stands, restrooms, open lawn seating, all GA… What we want is people to come in and feel like they can sit wherever they want, if they want to sit up close or they want to sit far back.

303: You mentioned being all GA—tell us about the ticketing.

CZ: You do not have to grab a ticket—it’s free. We would like it if people would use our RSVP system, which will be put on our social media and website before each concert so we can get a count, but not everybody is going to do that. We don’t want anybody to feel like they have to use the RSVP system or they have to have a ticket—they do not, and that’s for our 50 shows. We’re going to be doing somewhere between 15 to 20 admission-based events there as well and, obviously, those will be ticketed events

303: Tell us more about those other events—will you be hosting festivals?

CZ: We’re hoping that a lot of organizations throughout town utilize the Levitt [Pavilion] for festivals and beer events and such. We’re just going to be doing straight concerts ourselves, but I’m sure that with partners that I talk to throughout the community, there’s going to be additional events including festivals. 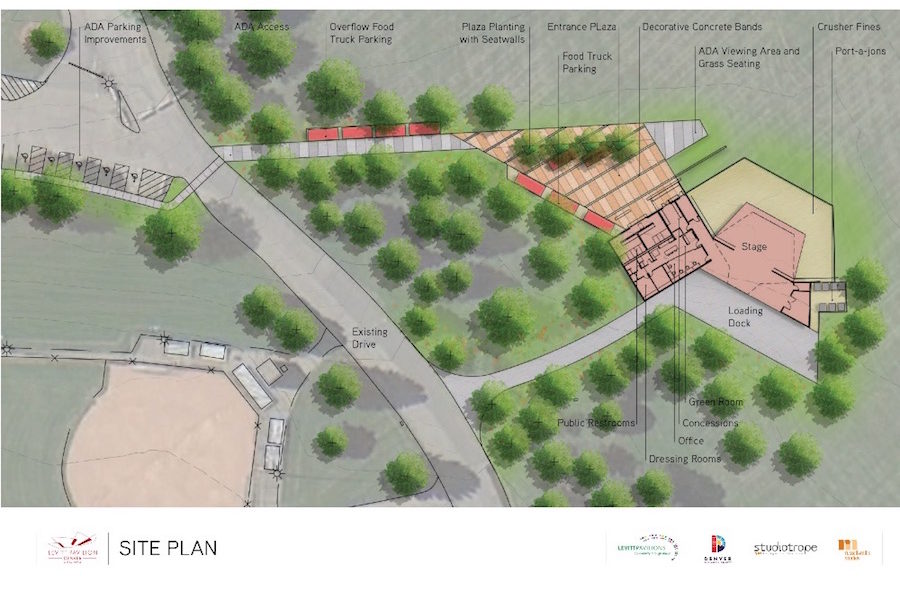 303: Thanks for your time, Chris. Is there anything you’d like to add?

CZ: We’re just really excited to get going. We’ve been working on this for four years—five years to the day when we open. It’s been a long haul. I could talk about what’s right and wrong in our music industry here and why we’re here for a long time but I don’t think we want to burn any bridges. We’re just excited to have a place that’s catered to local music and to every Denverite no matter where they’re from, what they look like or how much money they have. We want to make sure that we’re there and we’re open for everybody.

When Levitt Pavilion opens, it will be the first 100-percent free cultural venue in Denver. If you would like to make a contribution go here.

Schedule for the 2016 free preview series at Civic Center Park: