When Taylor and Becca Romero opened Spruce Barber & Clothier in June 2015, they introduced to Denver a head to toe solution and one-stop shop for men. Spruce is a place where you can walk in to find an entire outfit, get your hair cut & beard trimmed, and ask any questions you may have about maintaining a groomed appearance. Since then, Spruce has gained a reputation for quality and a welcoming atmosphere. However, this is only the beginning. Taylor has since broken off to further Spruce Tech, which involves all the tech built at the brick & mortar location to make available to other businesses. Becca has taken over as head of retail operations, and while the place has been going strong there’s a new digital direction with their latest e-commerce platform.

Even though Spruce’s doors may have opened recently, the idea began in Becca’s mind long before. “I was sick of being stuck in a cubicle all day and I really wanted to get into an industry where I could be more creative and more face-to-face.” The original concept was to have menswear, womenswear, housewares, and vintage under one roof but a clearer focused was desired. A friendly makeover on a coworker named Naylor would inadvertently present her with the future business plan.

“Naylor was used to still wearing his High School clothes. So I compiled a list of updated basics, and did a head to toe redo. After taking him to a barber to get cleaned up, we took him out to a bar where he was being noticed and he was having fun. Later on he told Taylor that he’d never felt that good about himself.” This act of friendship developed into focusing on men, and having a space where they can find everything they need without making several stops. 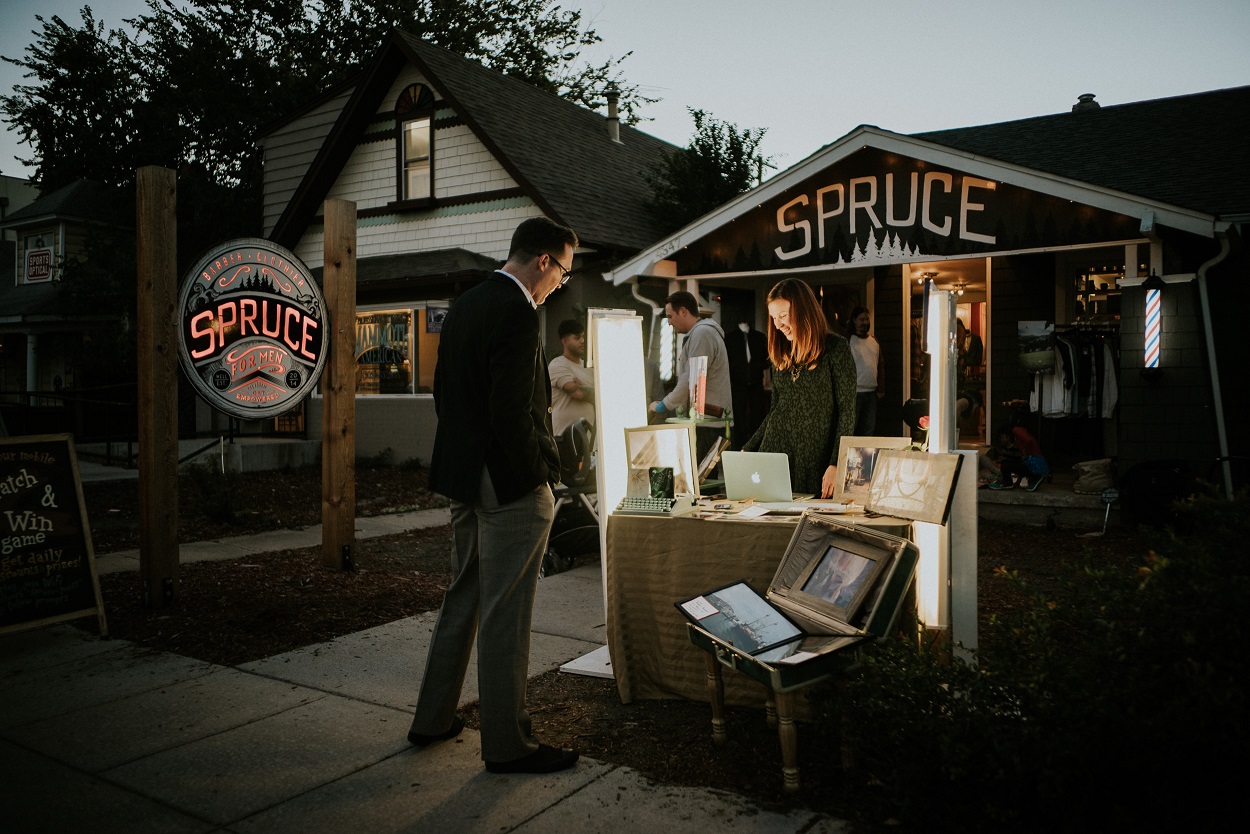 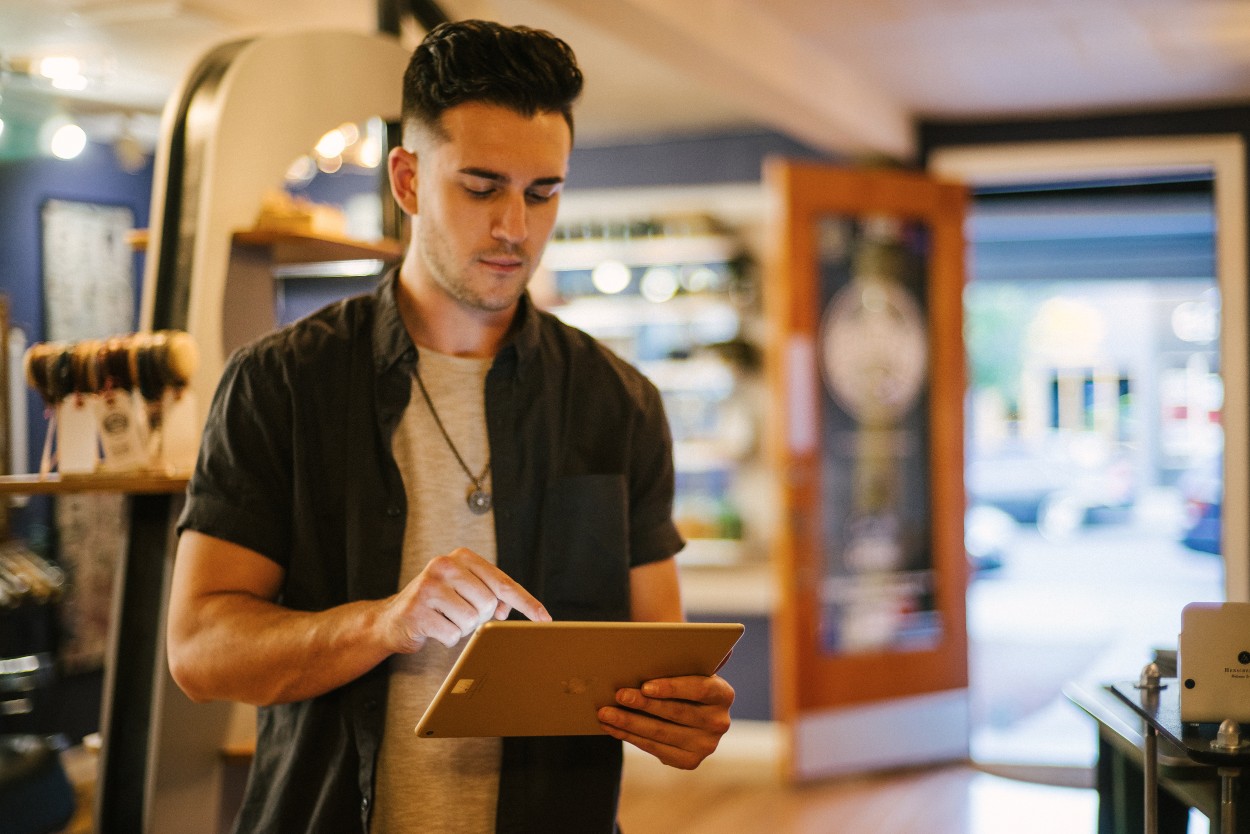 In an innovation to keep providing for men’s needs under one roof, a new e-commerce platform has been debuted. Becca’s mentors pointed out that while women shop for pieces that go with clothes in their closet, men tend to shop more visually and prefer to see the entire outfit. The platform has five preset outfits to choose from, ranging in different styles that you may come across in Colorado. This also eliminates the process of trying to figure out what works with pieces from your existing closet. Zach Schulman, the assistant head of retail, said “You can pick and choose items you’d like to add to your wardrobe or opt for the entire outfit and just pick your sizes. Whether your style is streetwear-influenced, or more casual Colorado done up with accessories, or even cowboy with a newer touch, they are styles you’ll see around. My favorite one is Modern Militant.” Among others, Biz Casual features clothing that can be featured from the office to a bar downtown without changing. Forester allows for comfortability during a day’s activities.

As far as how Denver men shop, Becca explained “Colorado guys are into form and function. They want something that transitions well from work to going out or to keep up with our changing weather. There’s also a lot of state pride that goes into their shopping and deciding to support local businesses.”

“With sexuality and gender identity becoming more fluid, it sounds obvious to not be discriminatory, but there are barbershops where people are told to come after hours or just aren’t accepted at all. We welcome everybody.” 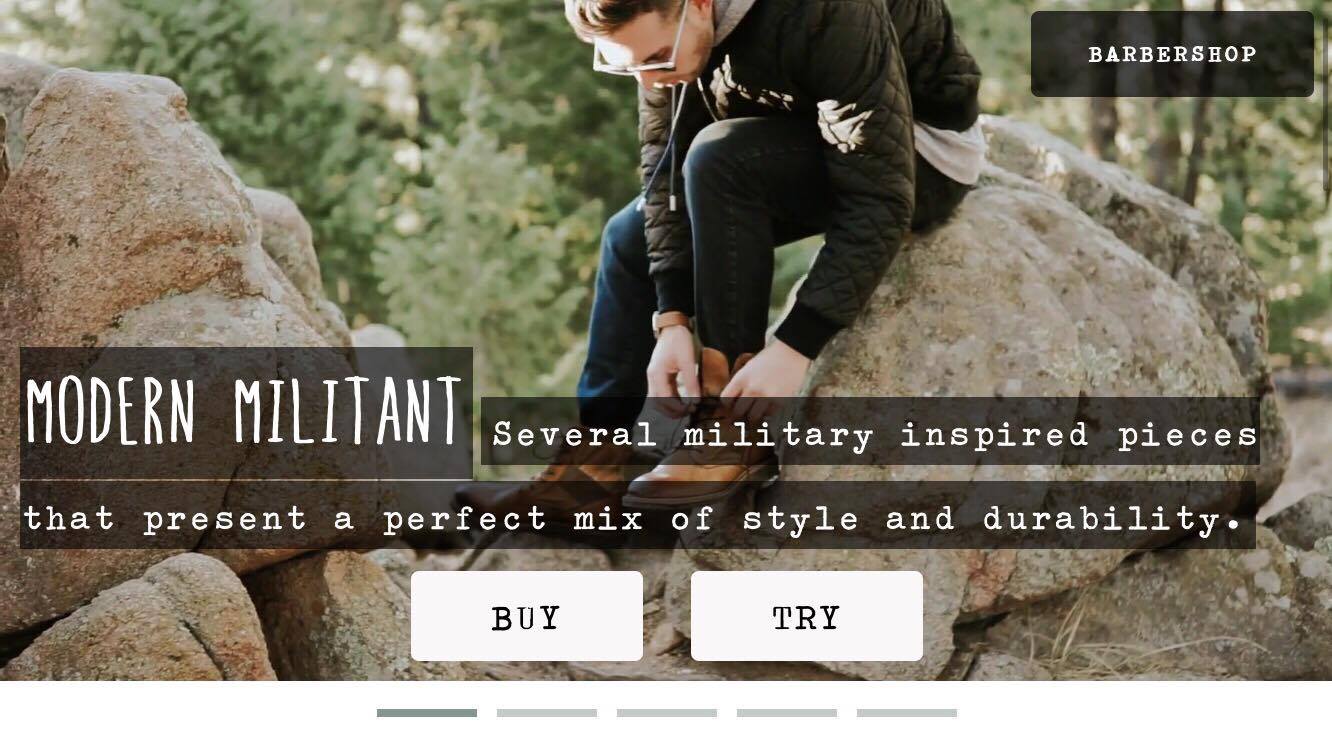 Spruce is also playing a part in breaking stigmas and pushing traditional gender roles to melt away. In the past, men taking care of themselves has been frowned upon because it was viewed as effeminate or self-indulgent. There’s been a shift away from that.  “There’s nothing wrong with wanting to look good, feel good, and presenting yourself in a positive way,” said Becca.

This belief extends to women who shop for clothes for themselves at Spruce and for transgender clients who otherwise wouldn’t feel comfortable shopping elsewhere. “With sexuality and gender identity becoming more fluid, it sounds obvious to not be discriminatory, but there are barbershops where people are told to come after hours or just aren’t accepted at all. We welcome everybody.” Spruce is a place with no judgment because they understand shopping is just as important for men as it is for women. Style is a part of your identity and how you express yourself is how you dress.

With changing men’s fashion, comes the goal of staying at an accessible pricepoint. As more men’s boutiques pop up in Denver, Spruce is aiming to provide products for a demographic that wants elevated casual. Instead of being high-end only or focusing on formalwear, they’re with a segment that they feel is undeserved in Denver’s market. Also, they will approach you as a friend instead of a high-pressure sale situation where spending is the end goal.

As exciting as their new e-commerce platform is, there’s something else in the works. Sprucebot is a wireless tech interface similar to Amazon echo or Alexa. Taylor is making it available to other brick & mortar businesses to bring them into the digital age and compatible with online retailers. “It’s a multi-faceted online retail service system and it’s about preparing for the future of retail.” Sprucebot includes installing recognizable skills, such as scratch & win coupons that pop up on your phone when you connect to their wifi. Sprucebot’s future also involves purchasing items without checking out, simply being billed later and making for a faster experience.

If you or someone you know wants to change up their shopping experience, step into Spruce on Tennyson st. Or if you prefer online shopping, check out the five full outfits available on their website and pick the one that best suits your style. 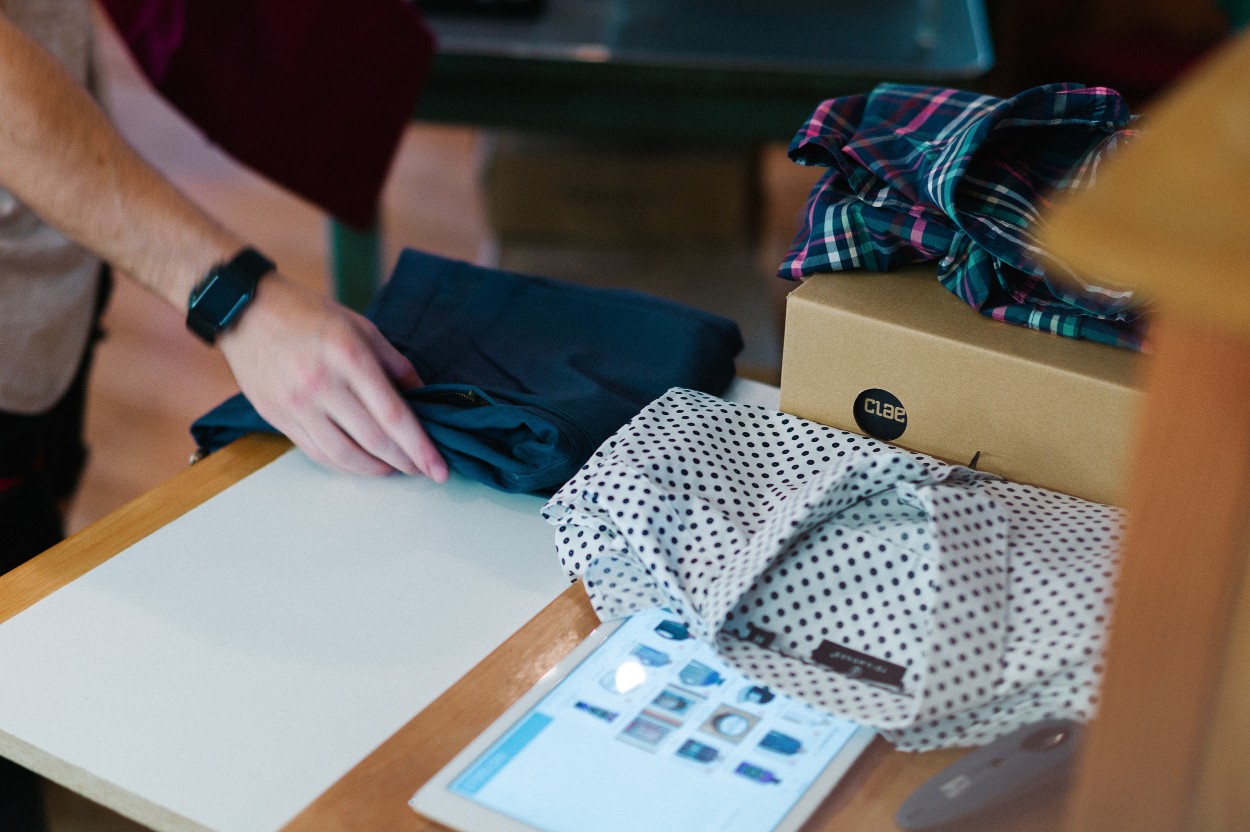 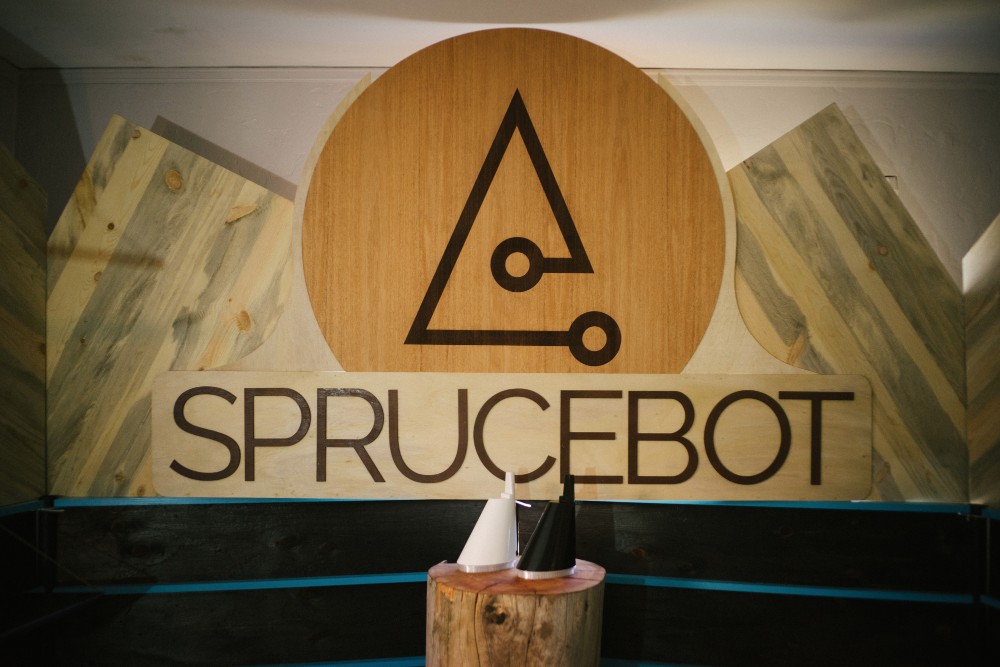 All photography by Kyle Panis.