Matthew HedgpethFebruary 10, 2016Food + Booze
Home
Food + Booze
6 min read
Tommy Lee’s debut restaurant Uncle was an overnight sensation with a caveat: customers were prone to scratching their heads at the name. As a result, Lee would then regularly find himself explaining that various Asian cultures use “Aunt” and “Uncle” as common terms of respect or endearment for one’s elders. Now, changing gears from Japanese/Korean to Chinese cuisine, Lee will be offering a history lesson with his new concept, Hop Alley.
“Hop Alley” was the name that mid-19th century Denverites gave to their city’s Chinatown, a bustling community that thrived for a brief period until parts of it were destroyed in a race riot in 1880. While the laid-back vibe at Lee’s restaurants may appear to contrast with any social and historical associations (Hop Alley chef Todd Somma calls the impression “hip hop in the kitchen”), as it turns out, Hop Alley has rich ties to Asian culture in Denver, beyond the name alone.

“Hop Alley has rich ties to Asian culture in Denver, beyond the name alone.” 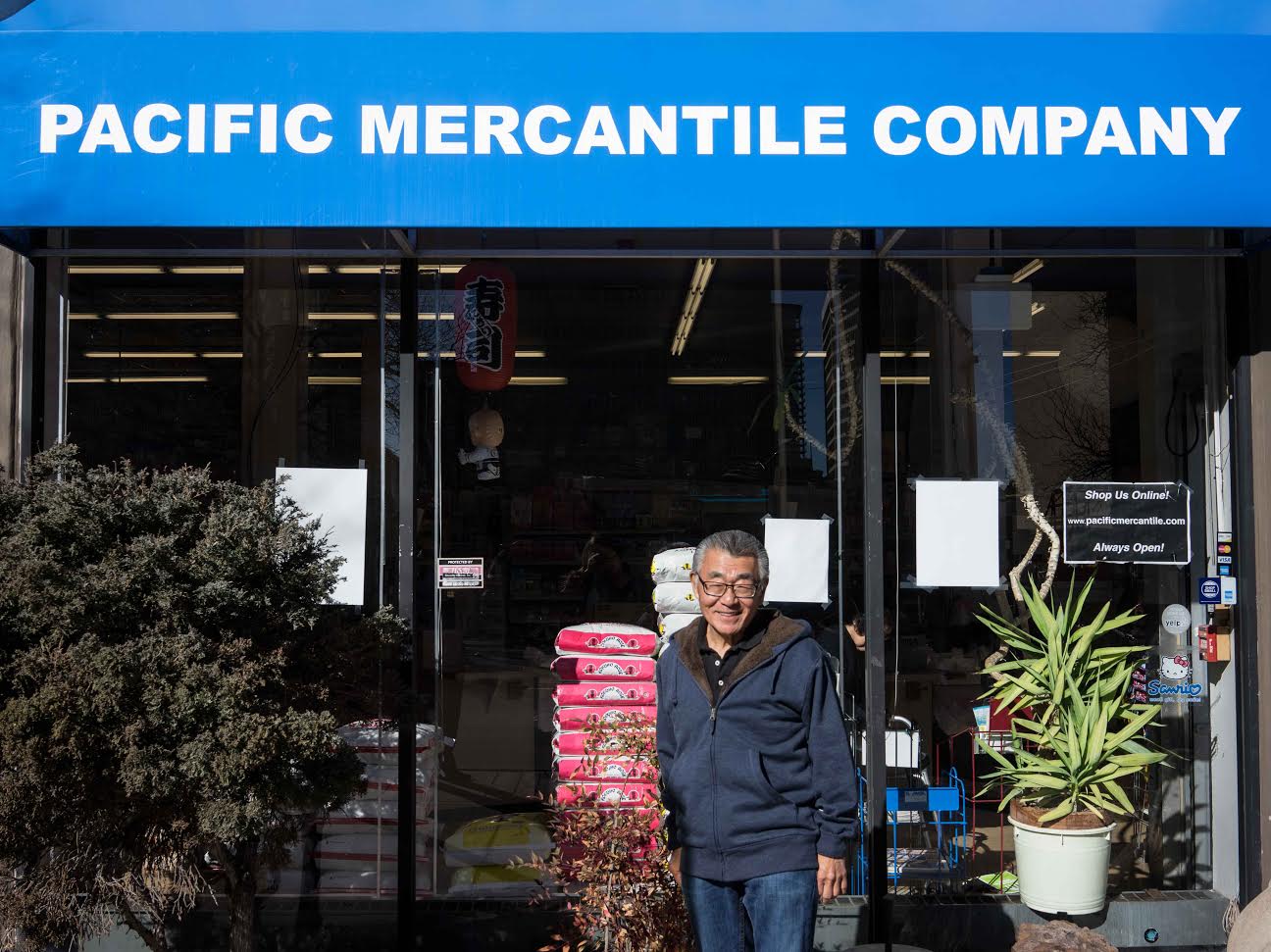 Carl Teshima in front of his workplace, Pacific Mercantile, a grocer and distributer of mainly Japanese goods. Teshima was making a routine delivery to 3500 Larimer Street and, because the building once housed his father’s soy sauce factory, he was excited to see it had been transformed into a Chinese restaurant – Hop Alley.

In the midst of preparing for their grand opening, Lee and Somma were thrilled when Carl Teshima stopped by the restaurant, ostensibly there just to deliver produce. While it is relevant that Teshima works at Pacific Mercantile, a respected grocer of mainly Japanese goods, the fact that his parents used to own the building at 3500 Larimer, now home to Hop Alley, is a striking twist of fate. Despite his inclination to revitalize regional Chinese cuisine in the heart of Denver, Lee himself was unaware of the building’s history prior to signing the lease. Therefore, Teshima, who was similarly surprised to find the place where he grew up had been transformed into a Chinese restaurant, was able to deliver more than provisions when he let the new tenants in on their building’s history… 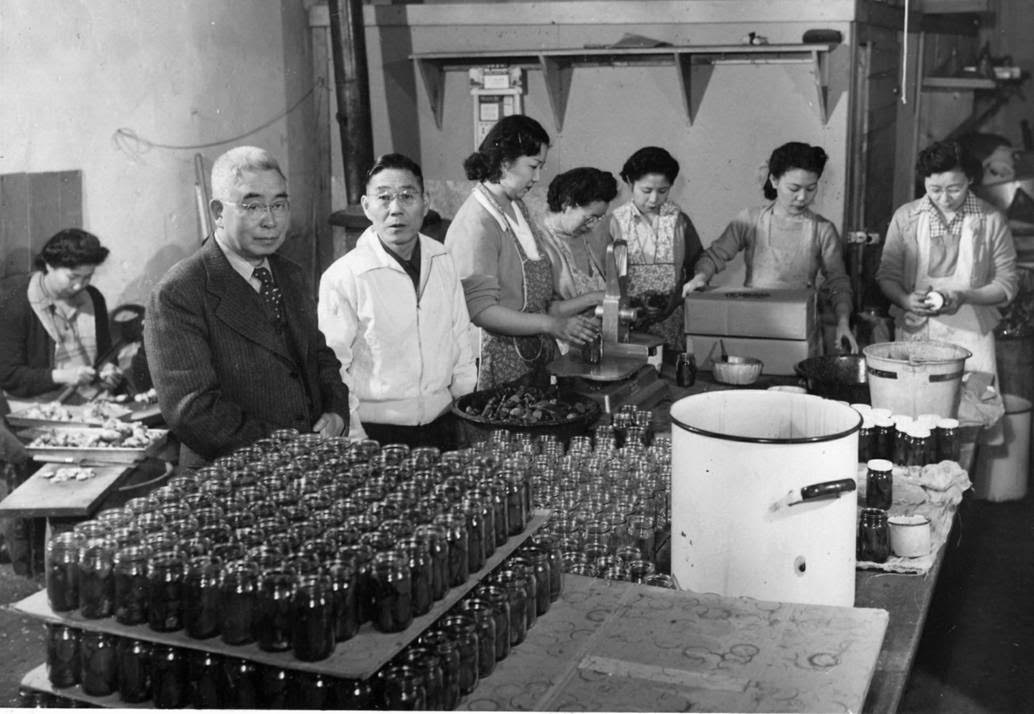 Founder of Rafu Shoyu Company Uhachiro Teshima (second from right) standing among his employees in factory at 3500 Larimer Street in 1942. Photograph depicts workers processing pickled vegetables for shipment to Japanese relocation camps throughout the United States. Photo and text courtesy of Carl Teshima.

As Teshima tells it, roughly 60 years after the Hop Alley riot, his father, Uhachiro Teshima, re-established the food production company Rafu Shoyu at 3500 Larimer, the same building that today houses Hop Alley. The elder Teshima and his employees had been forced to abandon their original business in Los Angeles per President Roosevelt’s executive order evicting all Japanese-Americans from the west coast in light of the attack on Pearl Harbor. Sent to Heart Mountain Relocation Center in northwest Wyoming—one of 10 internment camps established for the purpose of resettling Japanese-Americans who called the coast home—Uhachiro Teshima made the most of his culinary expertise and cut a deal that allowed him to leave Heart Mountain in Wyoming to come to nearby Denver (Colorado Governor Ralph Carr was a fierce opponent of anti-Japanese sentiment, which is one reason Teshima ended up here). He agreed to do what he could to help camp officials improve the conditions in the camps at large—one of the main complaints therein was the low quality and/or unavailability of traditional Japanese foods. 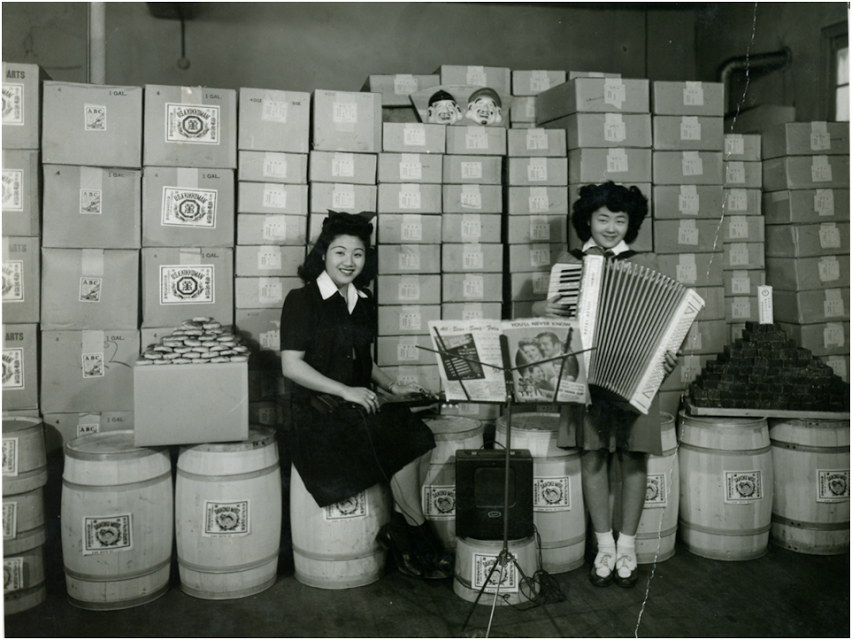 Circa 1942-43: Ladies providing entertainment for workers at Rafu Shoyu Company in celebration of an undisclosed event. Product labels display the Kikkoman and Ebisu soy sauce labels which were the two primary products of the soy sauce company, as well as other items that were manufactured in the plant. Photo and text courtesy of Carl Teshima.

When the war ended and Uhachiro Teshima no longer needed to supply the internment camps, he nevertheless continued to operate Rafu Shoyu out of 3500 Larimer, providing bean sprouts, wonton and eggroll skins, dried noodles and fried noodles to Chinese restaurants throughout Colorado, Wyoming and New Mexico. He did so up until his death in 1962, at which point his wife Yoriko Teshima took over. She then sold the company 10 years later to Tony Kajiwara and Roy Nagai, who operated Oriental Foods Inc., the oft-mentioned wonton commissary, from 1972 up until late last year when Tommy Lee and Hop Alley come into the picture. In another wild twist that brings the narrative full circle, Nagai married into the family that owns Pacific Mercantile to this day, which is where Carl Teshima now works and currently provides dry goods and tofu for Hop Alley—thus continuing the legacy of his family and their post-war efforts to sustain Asian cuisine here in Denver.

Though decades have passed since his family has had anything to do with the building, Carl Teshima’s enthusiasm for the mere fact of Hop Alley’s existence serves as additional vindication for Lee’s venture.

“I think it’s great what they did [with the space]” said Teshima.

Somma, who wanted to know every little detail about the old layout, was honored to have Teshima’s blessing in the end.

“It was such a crazy thing to hear that [history], and he was really happy, which made a lot of our days, honestly,” he said. “Because sometimes, especially when you’re talking about moving into a long-existing neighborhood and doing something a little different, it can be a touchy subject. It just felt like we didn’t ruin anything.”

Indeed, given the amount of press and early praise bestowed upon the restaurant in only a little more than a month’s time, Hop Alley’s impact is far from ruinous. Rather, Lee and Somma have built upon their earlier endeavors and seem committed to making further expressions that will factor into an ongoing renaissance of Asian cuisine in the mile high… 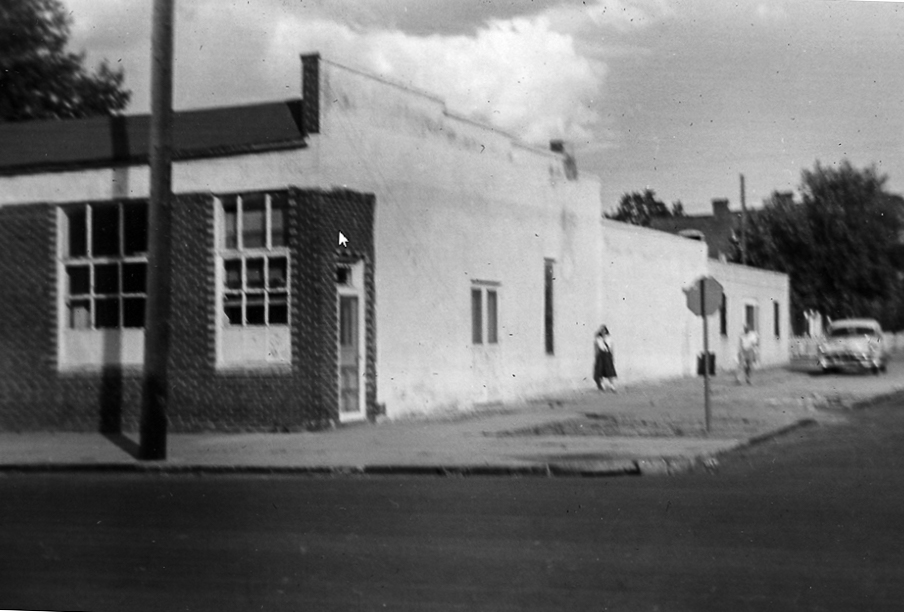 3500 Larimer in August, 1957 before it was remodeled to appear as it does today.