What: A German style brewery inside Bindery on Blake, which also houses with Rackhouse Pub and C Squared Ciders.

It’s hard not to match the excitement exhibited by co-owner Bill Eye of Bierstadt Lagerhaus, as he describes the new facility and the beers it will soon be producing. It’s immediately evident that every bit of his passion for traditional German lagers will be poured into each glass:

“I’m doing exactly what I want to do,” said Eye, which is saying a lot for someone who has such a varied brewing past. Eye began his career at C.B. & Potts, then helped grow Dry Dock Brewing Co, and most recently was the head brewer at Prost Brewing until 2014. Bierstadt Lagerhaus will the culmination of a storied career, from the sheer size of the facility and lengthy brewing processes involved, to the minutest details such as glassware and faucets. Eye’s philosophy about beer will be evident in every nook and cranny.

“I just personally like making lager, and I’m of the opinion you should do what you love.” 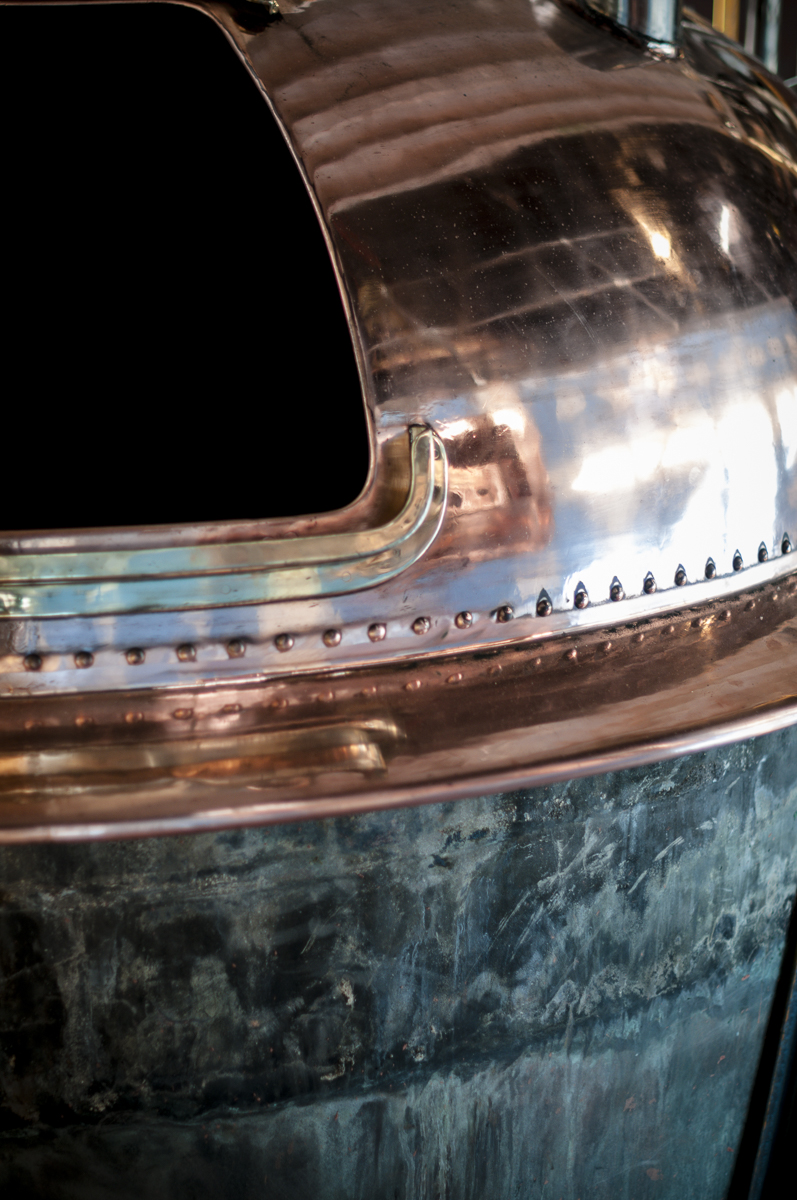 A copper kettle within the Bierstadt Lagerhaus. All photos by Candace Peterson.

Bierstadt will be one part of a multi-venture enterprise, Bindery on Blake, including the resurrected Rackhouse Pub and new C Squared Ciders. All three will share the same space with Rackhouse, serving beer and cider from each, as well as, guest taps from other local brewers.

“It was just over beers with friends,” said Eye, referring to how the idea first came about. Despite a modification from the original intent of having a distillery on-site and a shared taproom (which, at the time was not a legally allowable arrangement), Eye is pleased with how the project has turned out, especially with the addition of a pub, which will be run by co-owner Chris Rippe of the original Rackhouse, which closed in 2014.

For Eye, though, it’s all about the beer. And not just the beer itself, but everything that goes along with it, from the German-made equipment, to the final presentation of each glass.

“I just personally like making lager, and I’m of the opinion you should do what you love,” said Eye. That love has translated into a 30 barrel brewhouse (930 gallons), with two massive 100-barrel fermenters, and one 50-barrel fermenter (4,650 gallons in total). The size isn’t what is most impressive, though. Each beer will go through four distinct processes, each not typically seen in most American breweries.

“Some of this stuff that brewers do is taken on faith and belief, and they hope it translates to something in the glass” 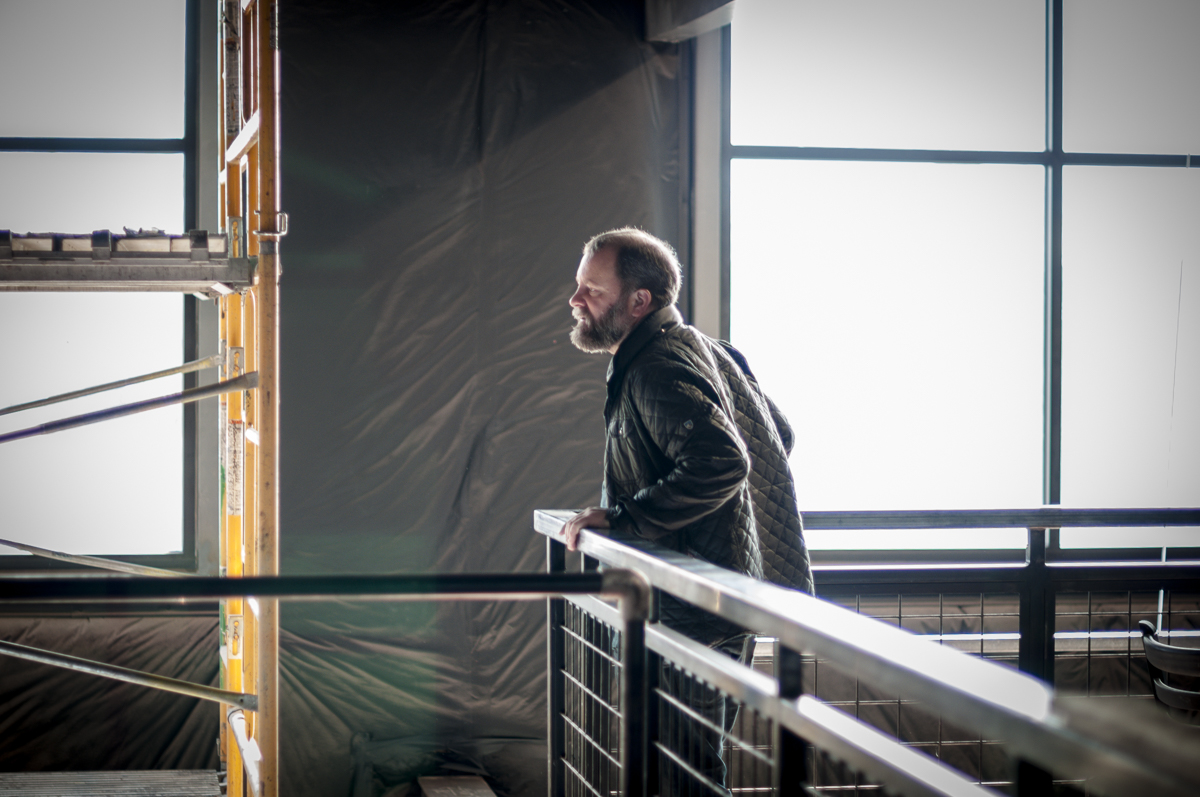 Those include, decoction mashing (removing a portion of the mash to boil, and then return to the mash tun), flotation (a filtration process conducted after the cooling of the mash, but before yeast is pitched), krausening (carbonating beer with fermented wort rather than adjuncts or sugar), and biological acidification (a method for dropping the pH of unfermented beer using soured wort).

“I’ve only seen all four done in Bavaria,” said Eye, with a touch of pride. Although none of these steps are necessary, and will require extra time to conduct, each contributes to the authentic flavors and texture you’d get from any good brewery in Munich. Despite the science behind these methods, Eye also takes a more whimsical approach:

“Some of this stuff that brewers do is taken on faith and belief, and they hope it translates to something in the glass,” said Eye.

There is more to Eye’s faith than just whimsy though, as both he and Ashleigh Carter (who will be doing a majority of the actual brewing and is also co-owner) have the pedigrees and knowledge to make world-class beer. Carter was an apprentice of Eye’s at both Dry Dock and Prost before joining him again at Bierstadt. It’s hard not to imagine Eye, with his scruffy beard and gusto for talking about the science behind brewing, in a lab coat teaching a roomful of captivated students. Both beer geeks and those looking to learn should appreciate his offerings that will aim to be approachable yet refined. 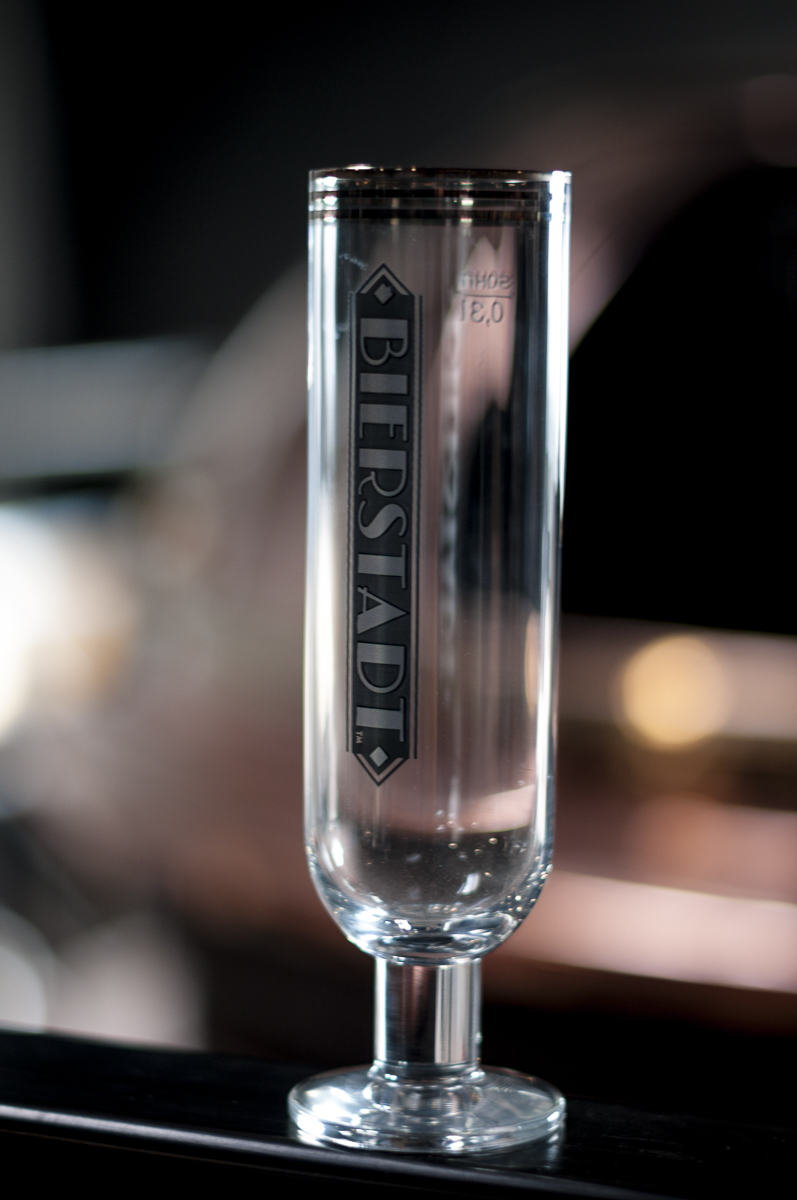 One of the several custom glasses being used at Bierstadt.

“Everything is going to be in an unbelievably beautiful glass. Every pour will come with the head sticking up over the glass. I’m not here to criticize other brewers, but I’m surprised how many brewers fall down at the finish line,” Eye explained of what they will be doing in the pub and taproom. Training staff in both what’s on tap and general beer styles will also be emphasized, both for the benefit of beer geeks wanting to know more about what’s in their glass to beer novices who may need a little direction.

As for what exactly they’ll be brewing, Eye said the three beers that will always be on tap include a German Pilsener, a Dunkel, and a Helles.

“We’ll make only lagers, but I’m going to be a little specialized. If I want to make an IPL [India Pale Lager], or a hoppy rye lager, we’ll do that. I’m going to be doing it a little more American style,” Eye explained. “I have a passion for making German lager beers, and I’ve fallen in love with that beer culture and that style of brewing,” referencing his many trips to Bavaria.

“I’m hoping that the beer you have here is as good as if you took a plane to Munich and had a Helles Lager at a beer garden,” said Eye. He has clearly underscored his benchmark.