Six Breakfast Bakeries You Have to Visit

Cementing the art of baking into a common practice is one of the many historical advancements we owe to the Roman Empire. Particularly in Europe the development of new dough-based recipes made what is traditionally considered the most important meal of the day, at the very least, a lot of people’s favorite. The same goes for these Denver bakeries: their centerpieces are, naturally, baked goods —though many of them also offer full menus. Often the dishes dally with house-made breads or, if not, can nevertheless serve as great first courses to be followed later by sweeter flavors (dessert in the morning? Sure, why not). So, without any further ado, here are six breakfast bakeries in Denver you have to visit. 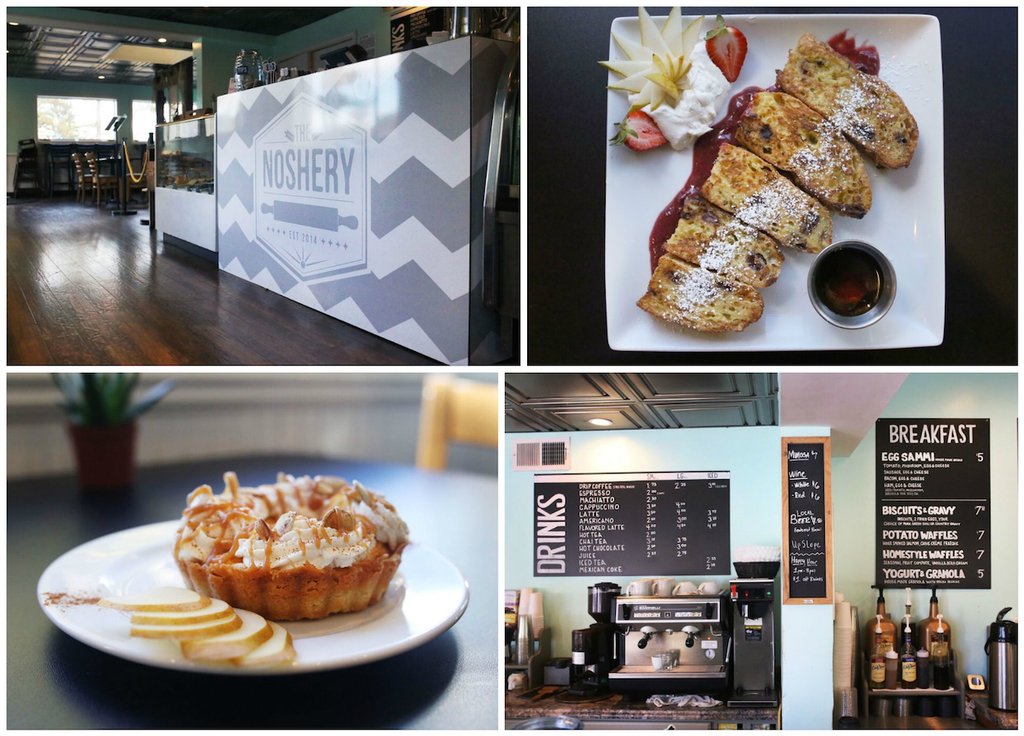 The Noshery. Photos by Danielle Webster.

The Lowdown: Andrea Knight opened the Noshery last summer near Regis University, re-vamping the space which had long been home to the old-fashioned diner, Hamlin’s Cafe, into a bright, rustic-modern concept. As Knight works the ovens, Chef Mike Alvarez runs the line, serving up breakfast and lunch sandwiches, biscuits and gravy, potato and homestyle waffles—all on top of the fresh pastries made daily. While the scones, muffins, and breads are all worth trying, the Noshery’s gluten-free oat bars (which, on the day we visited, were made with strawberry and apricot filling) may surprise even the most loyal glutenites. Pictured above are a seasonal pumpkin cheesecake and a special cherry white chocolate French toast served with a vanilla bean cream and a mixed berry compote.

The Lowdown: One of the imaginative cogs in Chef Troy Guard’s renowned Tag Restaurant Group, Sugarmill Desserts is a modestly-sized sweets-centered restaurant that opens bright and early and swings through lunch and dinner services six days a week (they also serve a very popular brunch on Saturdays). Sugarmill discontinued a full breakfast offering some time ago, but recently rolled out an updated menu that features new sandwiches like the turkey gobbler and Italian ($10 each), a Mediterranean tuna salad ($11), and a tasty breakfast burrito ($10). The baked specialties on hand at Sugarmill are the ham and cheese pastries, brioche donuts and coffee cakes—not to mention colorful “desserts” (again, who’s to judge?) like macaroons and tarts. 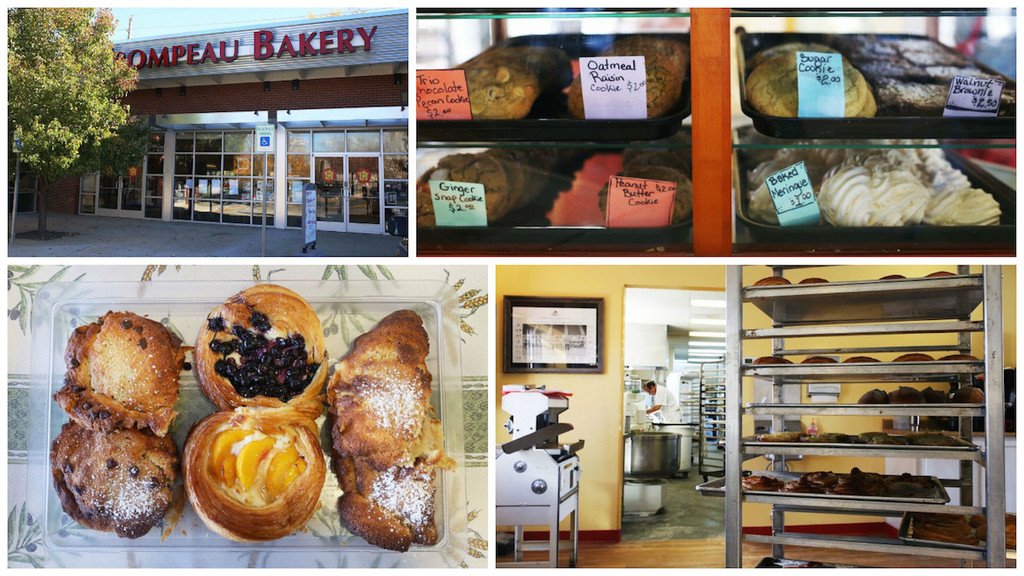 The Lowdown: A fixture in the Denver area for the past 10 plus years, Trompeau Bakery moved to its current location in Englewood back in early 2011. A family-owned and run operation, master baker Pascal Trompeau was born into a baking family and he has dutifully carried on the tradition here in Denver. Snippets of French and warm smells fill the air, notably from the many popular croissant varieties that are Trompeau’s specialty (there is also an extensive offering of baguettes, boules, batards, loaves, and both French and American cookies). It is important to note that the bakery has retained a considerable following in spite of the fact that it may seem a bit off the beaten path to some. 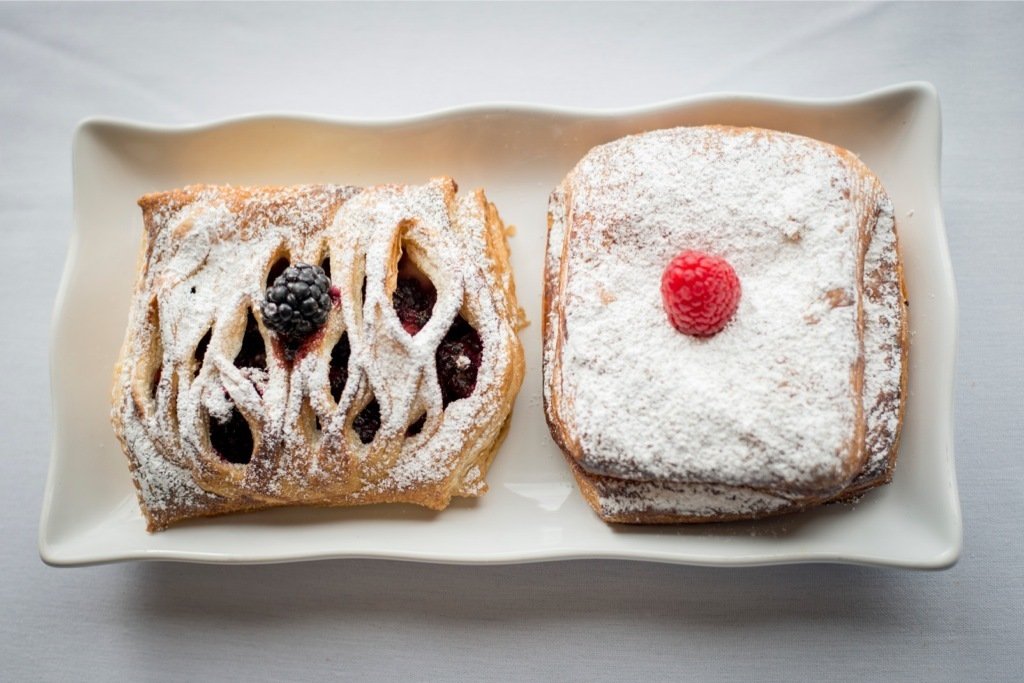 The Lowdown: Husband and wife Eric and Isabelle Vivier also hail from France and are dedicated to offering traditional French pastries and dishes. Unless you have the metabolism of a superhero, however, it will take you a considerable amount of time to power through the up to 45 varieties of croissant and flaky pastry that the Viviers have prepared, not to mention the shorter lists of brouillades (French scrambles), croc’ and omelette sandwiches and french toast dishes —all made with house bread. 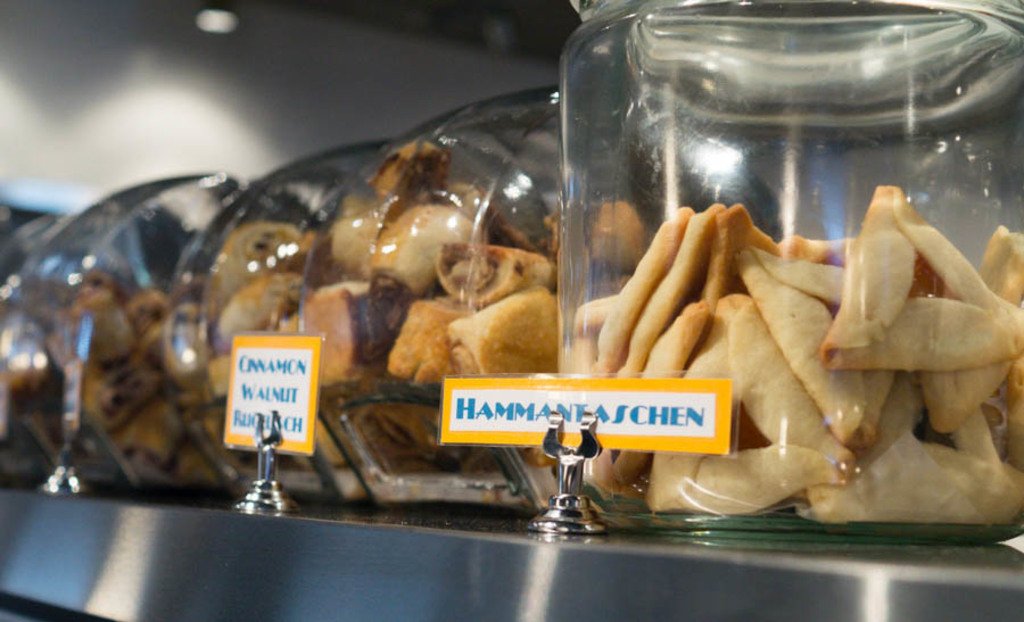 The Lowdown: When Josh Pollack had the idea to bring New York bagels to Denver, he knew that he also had to have traditional Jewish pastries if he was going to stick the landing and create a true delicatessen. Enter Jay Thomas, who agreed to help Pollack and dutifully returned to the drawing board until each recipe met the exacting standards of his boss’ East Coast nostalgia. So, in addition to the bagel varieties, Rosenberg’s menu also has muffins, scones, babka, rugelach, rainbow cookies and hamantash. Thomas will continue to direct the baking operation at Rosenberg’s, but be on the lookout for his own venture, the Rolling Pin, his answer to traditional European pastry and wedding cakes, which may open early next year. 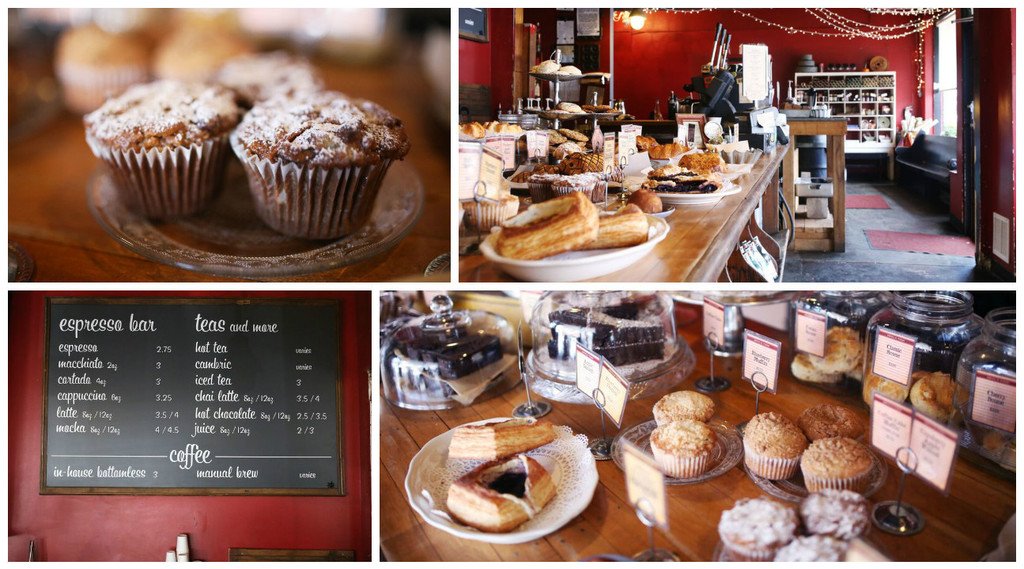 The Lowdown: When I moved here a few years ago, Devil’s Food was one of the first restaurants I visited. To this day, I remain impressed by how consistently good the fare is, and have always been a fan of the opportunity to grab a pastry while waiting in the often considerable lines that form outside the restaurant on the weekend. If you can get past that aspect, and acknowledge the great hours, the refreshing no cell-phone policy, and what I still find to be the best chicken and waffle plate in the city, well, enough said.