What: New York-style bagels, breads and traditional pastries, soon to be joined by a European bakery, in the Welton Street Corridor.

When Josh Pollack brought New York-style bagels to Denver with Rosenberg’s Bagels & Delicatessen, he was effectively living out his dream. A New Jersey native, raised on the culinary virtues of the tri-state area’s unparalleled Jewish delis, Pollack knew his vision was one any self-respecting northeastern transplant/deli buff could also appreciate.

That’s not to say it was easy: from concept to grand opening, the process included devising a system for synthesizing specially mineralized water to capture the natural flavor of a true New York bagel. Surely, when Rosenberg’s finally opened its doors in the Welton Street Corridor last summer, all that hard work had paid off, and Pollack was not the only east-coaster who heaved a sigh of relief. At long last, someone had come that much closer to bringing bagels worthy of the name out west. 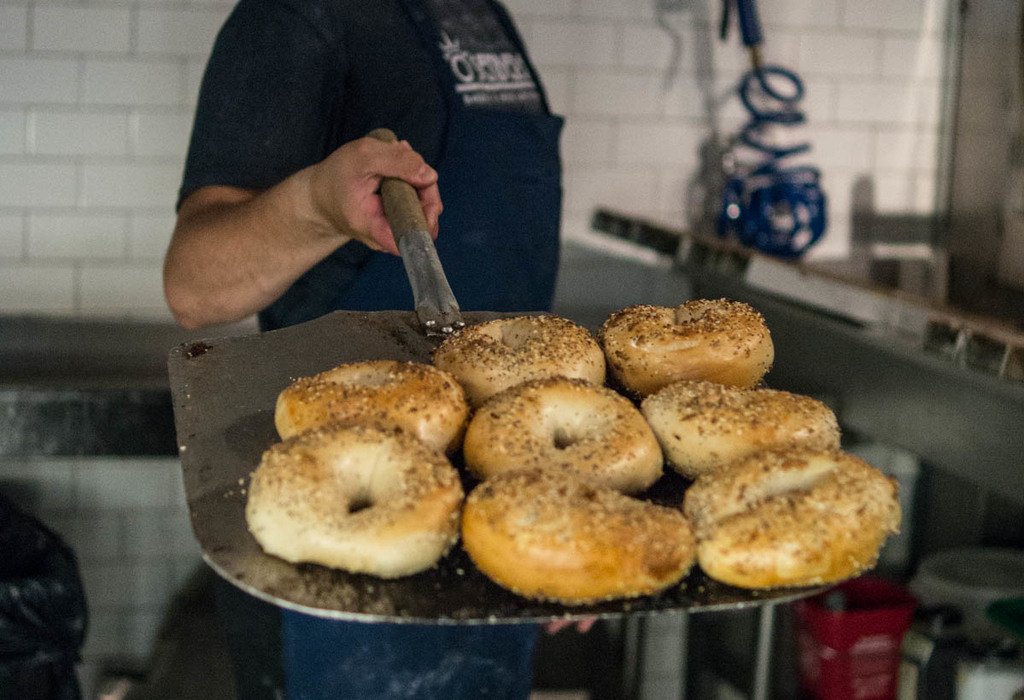 Around the same time Pollack was putting the finishing touches on his bagel recipe, Michael Martinez, whose family has lived in Five Points since the 1920s, heard that a Jewish delicatessen was moving into the neighborhood. He was quick to share the news with his partner, Pastry Chef Jay Thomas, who then introduced himself to Pollack. When they met, it became clear to both Thomas and Pollack that they could help each other reach their goals. As a result, they forged a professional relationship characterized as much by friendship as by a mutual respect for the craft of baking. At Pollack’s behest, Thomas took responsibility for researching traditional pastry recipes, sometimes flying out exemplars directly from New York, taking notes on what made each tick. While the many years Thomas had spent working ovens gave him the know-how to recreate these goods, it was Pollack’s nostalgia-driven direction that ultimately brought them to perfection — but now the time has come for Thomas to take center stage. 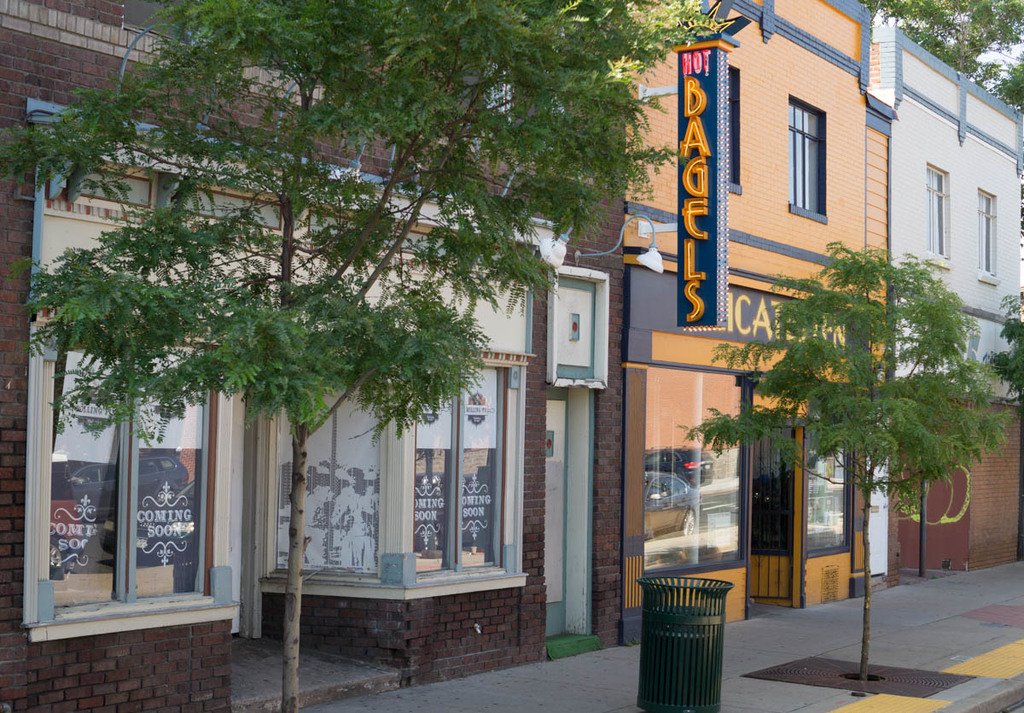 Thomas and Martinez are the proprietors of The Rolling Pin, a European-style bakery set to open next-door to Rosenberg’s in early 2016. With only a small financial interest in the shop, Pollack will advise Thomas and Martinez, leveraging his own experience in the industry to help them get the business off the ground. Ultimately, it is a mutually beneficial enterprise as they will share a commissary kitchen designed to help both businesses address the wholesale opportunities that are the forefront of the commercial marketplace.

Even though he is still making a lot of food, the transition to a smaller operation has been a welcome change of pace for Thomas. When he took up with Rosenberg’s last year, the downgrade in kitchen size proved to be an adjustment — he has worked in such establishments as the Inverness Hotel, the Brown Palace, the Grand Hyatt, and the Denver Country Club — but the tradeoff was that he was finally able to enjoy the personal side of the trade. “I’m meeting the people who are eating my product, they’re the ones who I get the feedback from,” says Thomas. Like Pollack, such customers are not afraid to speak their minds, for these foods often carry the emotional weight of childhood… 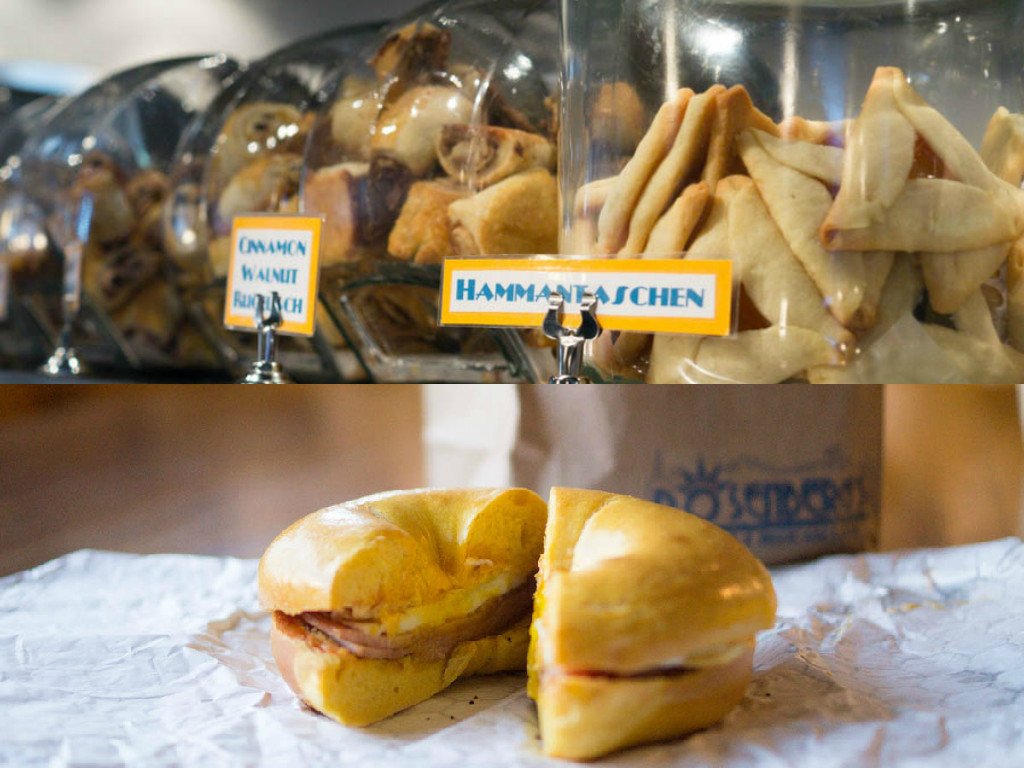 Rosenberg’s Pastry created by Thomas (above) and Rosenberg’s bagels (below).

Rolling Pin will feature a variety of European pastries and cakes. Although Thomas may not have a reliable go-to expert for assuring the flavor profiles are up to snuff, as with Pollack for the Jewish delicacies at Rosenberg’s, he is prepared to do everything he can to get them right. At any rate, he doesn’t seem too concerned about the croissants, the item he is most excited to share with the world:

“We’re going to have the best ham and cheese croissants that anybody will ever have tasted,” he said. “We’re having a smoked ham developed just for the croissants that will melt in your mouth.”

But while he looks to the traditions of the Old World, he owes the business name to his grandmother:

“Growing up I spent my summers going to Wisconsin visiting my grandma and grandpa. My grandma had this one-handled rolling pin; she’d always work with it and I asked her what happened to it. She said, ‘Oh it broke off many years ago.’ And I asked her why didn’t she get a new one? Because she didn’t need a new one — it worked just fine for her,’” he shared. “We’re keeping the bubbie connection,” chimed in Pollack, who also named his restaurant in honor of his grandmother.

In addition to the new recipes, Thomas’ staff will continue to produce pastries for Rosenberg’s, also helping the restaurant develop new breads such as ryes and Kaiser rolls. To his credit, Martinez is trained in baking and dressing wedding cakes, which is another facet of the bakery that they hope will account for a large part of their business.

Still six months out, Thomas and Pollack are nevertheless eager about the prospects of their partnership, especially in terms of the parts they play in the revitalization of Five Points. “We were tasked by the city to help revive this neighborhood; we were part of a grant initiative to help reactivate the Welton Corridor. [The Rolling Pin] is really just an extension of that — to make this a culinary destination. Now that there’s something to come to the neighborhood for, now that we’ve established that, it’s time to grow that energy. With all the redevelopment that’s happening on Welton, this shop is just going to continue to be a catalyst for that growth,” said Pollack.