Best Breweries at GABF you Won’t Find in Colorado

With nearly 750 breweries and over 3,000 beers at the Great American Beer Festival this year, there are more choices than ever. Whether you try to seek out the most elusive and rare finds, or make your 1.5 ounce decisions based on the number of woodland critters the brewer could stow away in their beard, you have to make a plan. Denver’s best will definitely be bringing the goods, but the nation’s largest beer festival affords the opportunity to sample beer not normally available in Colorado. Taste is subjective, but below is an unofficial list of breweries and beers that are sure to satisfy the curious, the eclectic and the avid beer hunter.

Note: The following breweries are on the current list for the Great American Beer Festival, but the list of actual beers won’t be available until the week of the event, so there is no guarantee the below suggestions will be available.

These are the standbys, the reliable, and the ones that made the craft beer craze possible. Just because they’ve been around the longest, by no means makes their beers less innovative. Many have blazed the trail for newer breweries and are still pushing the boundaries of what defines great beer. 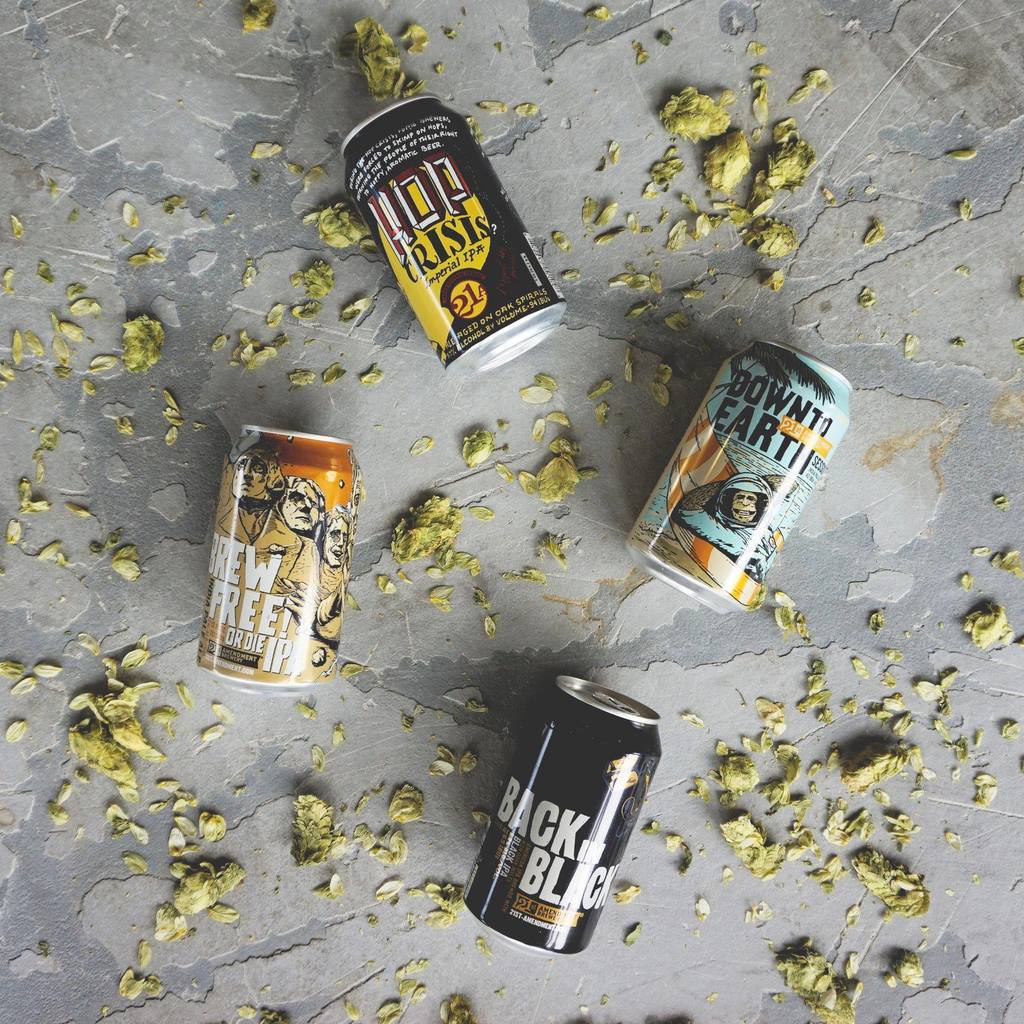 21st Amendment Brewery, San Leandro, CA
Its motto is “celebrate the right to be original” and the beers follow suit. Back in Black IPA is one of the original beers in the relatively new black IPA style. It uses American hops for the bitter and hoppy flavor you’d expect from an IPA, but with dark and roasty malts. Hell or High Watermelon is a refreshing seasonal wheat that undergoes a second fermentation with the addition of fresh watermelon.

Bell’s Brewery, Kalamazoo, MI
Bell’s has too many brands to mention, but the Two Hearted and Hopslam ales have helped Bell’s reach cult status in the craft community. Its large portfolio of specialty stouts runs the gamut of the style and then some.

Brooklyn Brewery, New York, NY
Brooklyn’s Sorachi Ace melds the best of the Belgian saison and unique Japanese hop. This beer is named after for a dry and fruity ale, with a lemon-y and herbal hop aroma and flavor. The “Local” series is another nod in the direction of traditional Belgian ales.

Cigar City Brewing, Tampa, FL
Jai Alai IPA usually steals the show, but be on the lookout for special releases in which Cigar City utilizes special ingredients and techniques such as coffee, fruits and barrel aging.

Fat Head’s Brewery, North Olmstead, OH, Pittsburgh, PA, Portland, OR
With three locations throughout the USA, Fat Head’s is now available to a greater audience, but unfortunately not in Colorado. Look for the gleaming stack of awards for the Hop Juju and Headhunter IPAs. Although the IPA reigns supreme like most breweries, the Battle Axe Baltic Porter is another to keep an eye out for.

Founders Brewing, Grand Rapids, MI
Although not a single mediocre beer appears on its list of beers, Kentucky Breakfast Stout is the one you have to try. Just about every brewery now has some sort of barrel-aged stout, but this is the one they all compare to. Kentucky Breakfast Stout is loaded with coffee and chocolate and then cave-aged in bourbon barrels for a year for all of that oaky, vanilla and whiskey goodness.

New Glarus Brewing Co., New Glarus, WI
Spotted Cow is a classic farmhouse ale brewed with local Wisconsin malts, and unconditioned for full yeast flavor. For Wisconsin Belgian Red, New Glarus taps into its hometown roots and puts a spin on Belgian beers with over a pound of Montmorency cherries in every bottle for a highly carbonated and intense cherry flavored ale.

Surly Brewing Co., Minneapolis, MN
Surly is know for its brashness, and this ideology translates to its beers. Whether it is a coffee-flavored oatmeal brown (Coffee Bender), American IPA (Abrasive), or wine-barrel sour (Pentagram), Surly’s beers are a kick in the teeth at every level. 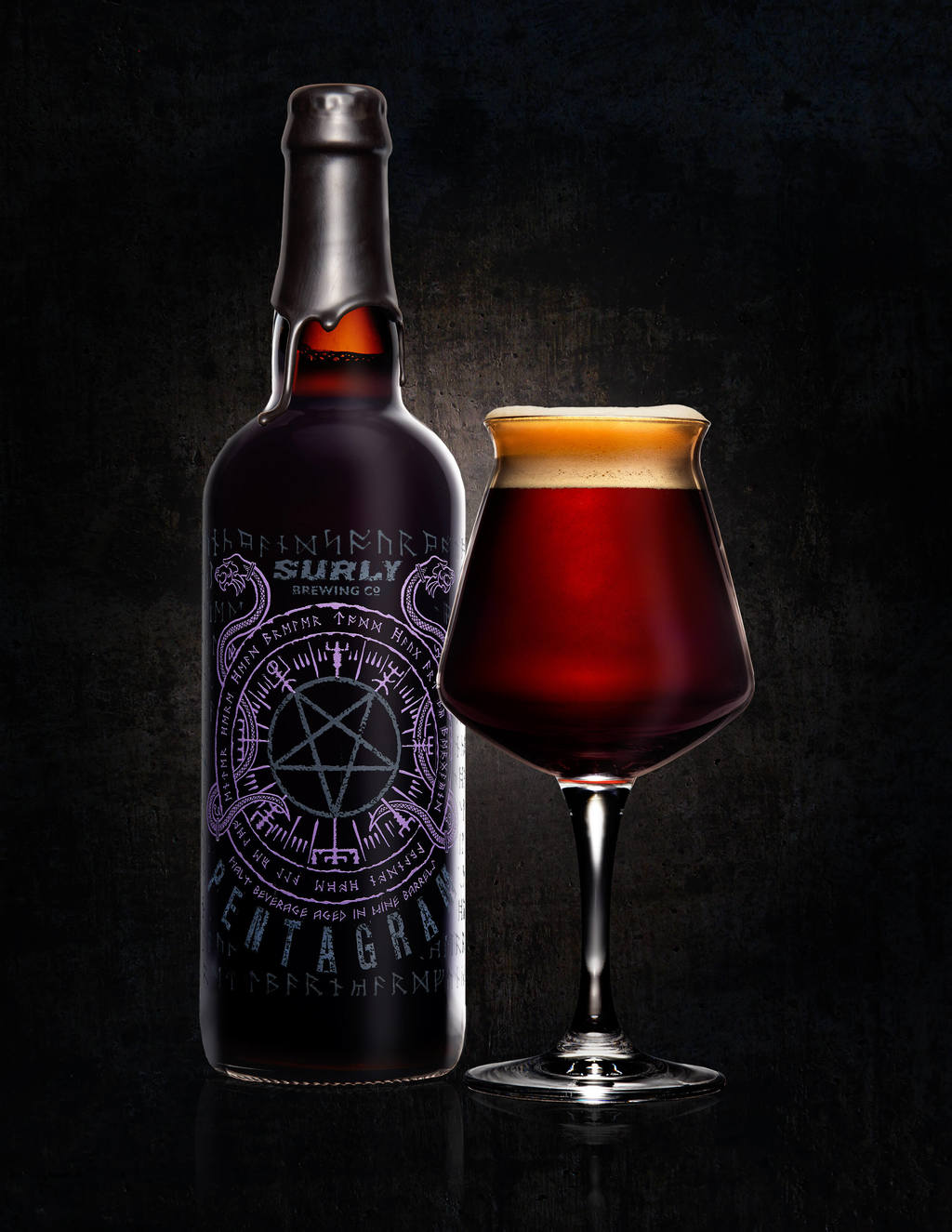 3 Floyds Brewing Co., Munster, IN
Big flavors run throughout the portfolio at 3 Floyds. Zombie Dust highlights the en vogue Citra hop with a burst of citrus flavors. Gumballhead is a wheat ale filled with loads of another epic hop from the West Coat, Amarillo. 3 Floyds has a tight distribution circle, so its rarity adds to the beer’s already iconic stature.

Yards Brewing Company, Philadelphia, PA
Many of Yards’ beers are brewed in the tradition of classic English ales, but its “Ales of the Revolution” series hearkens back to the days of America’s forefathers. Brewmaster Tom Kehoe used the recipes of Thomas Jefferson, Benjamin Franklin, and George Washington to re-create three beers (Tavern Ale, Tavern Spruce, and Tavern Porter) that utilize ingredients typical of the 19th century time period such as spruce tips, flaked maize, and molasses. 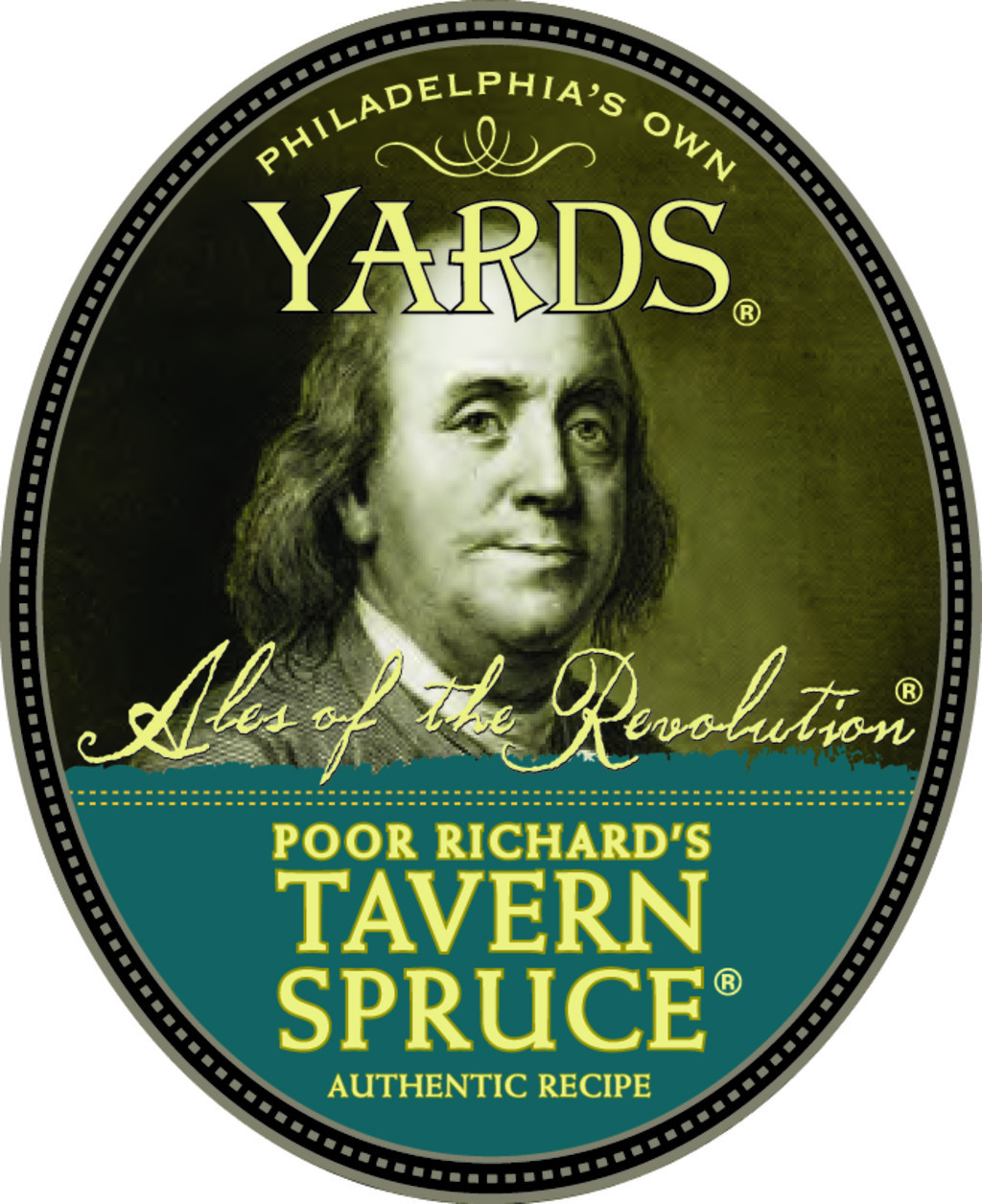 Breweries will come and go like any booming industry, but the following have made a quick footprint in their regions, so don’t be surprised to see them on shelves in a broader range of areas in the near future. 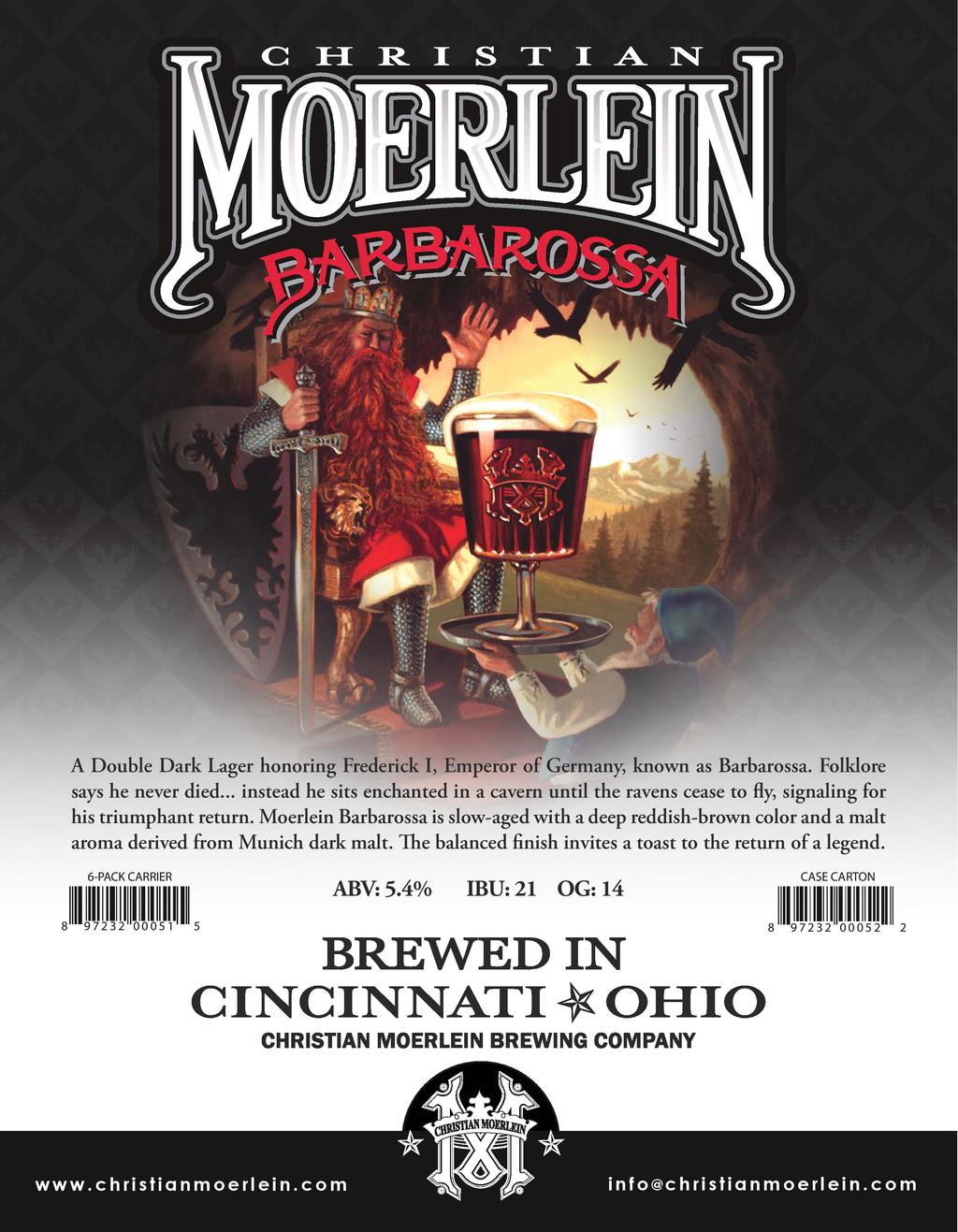 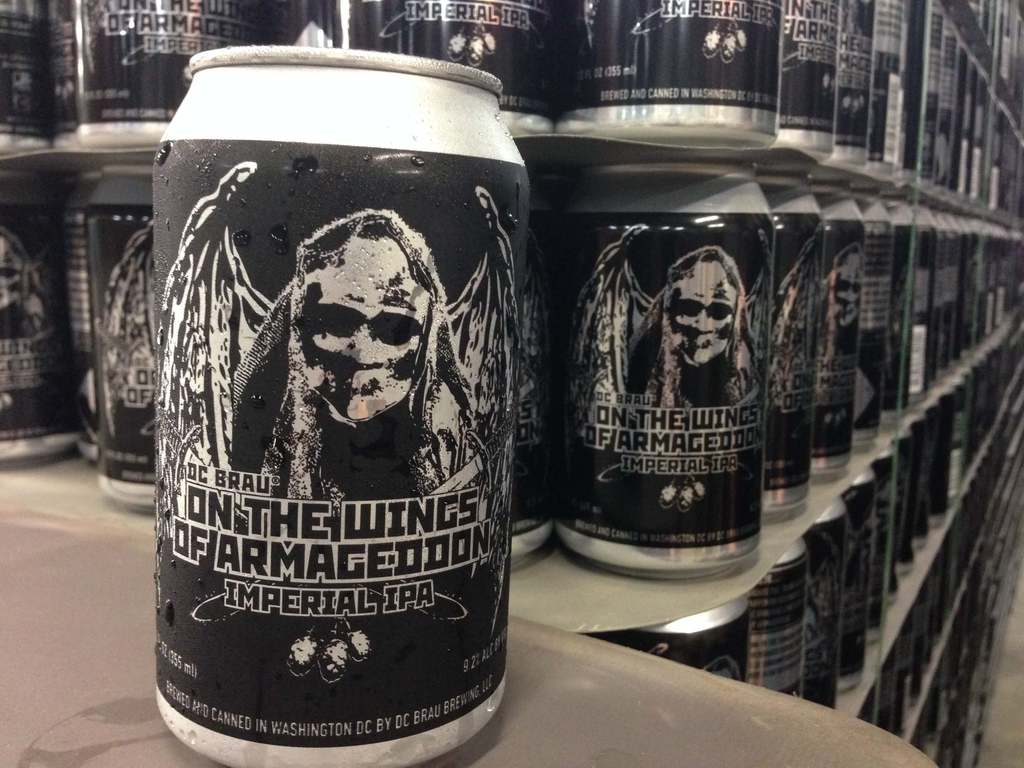 A can of DC Brau’s On the Wings of Armageddon. Photo courtesy of DC Brau Brewing Company.

It took over fifty years for the nation’s capital to resurrect a production brewing facility. Not tied to tradition, and itching to make its mark, all of DC Brau’s year-round beers are available in cans rather than the standard bottle. Its mainstays are versions of pale ales, but On the Wing’s of Armageddon double IPA is the most audacious, with flavors of citrus and grapefruit at the forefront, balanced by biscuity and full-bodied malt. This is the one brewery where it’s possible to get one of its beers in Denver. Since 2011, DC Brau has teamed up with Epic (then based out of Salt Lake City, UT), to create Fermentation Without Representation, an Imperial Pumpkin Porter with all of the spices you’d expect in a pumpkin beer, but with hints of raisin and plum making it more complex than the typical amber pumpkin ale.

Heretic Brewing Company, Fairfield, CA
Homebrewer’s swoon at the name Jamil Zainasheff. Zainasheff has penned several homebrewing books that are more than likely on the shelf of any brewer worth his or her salt. He’s won the Ninkasi Award (the highest honor from the American Homebrewers Association) twice since 2004. Zainasheff went pro in 2011 and brews styles not typically found within the parameters of most competitions, but won his first professional award at the GABF in 2012 for his Gramarye rye beer. 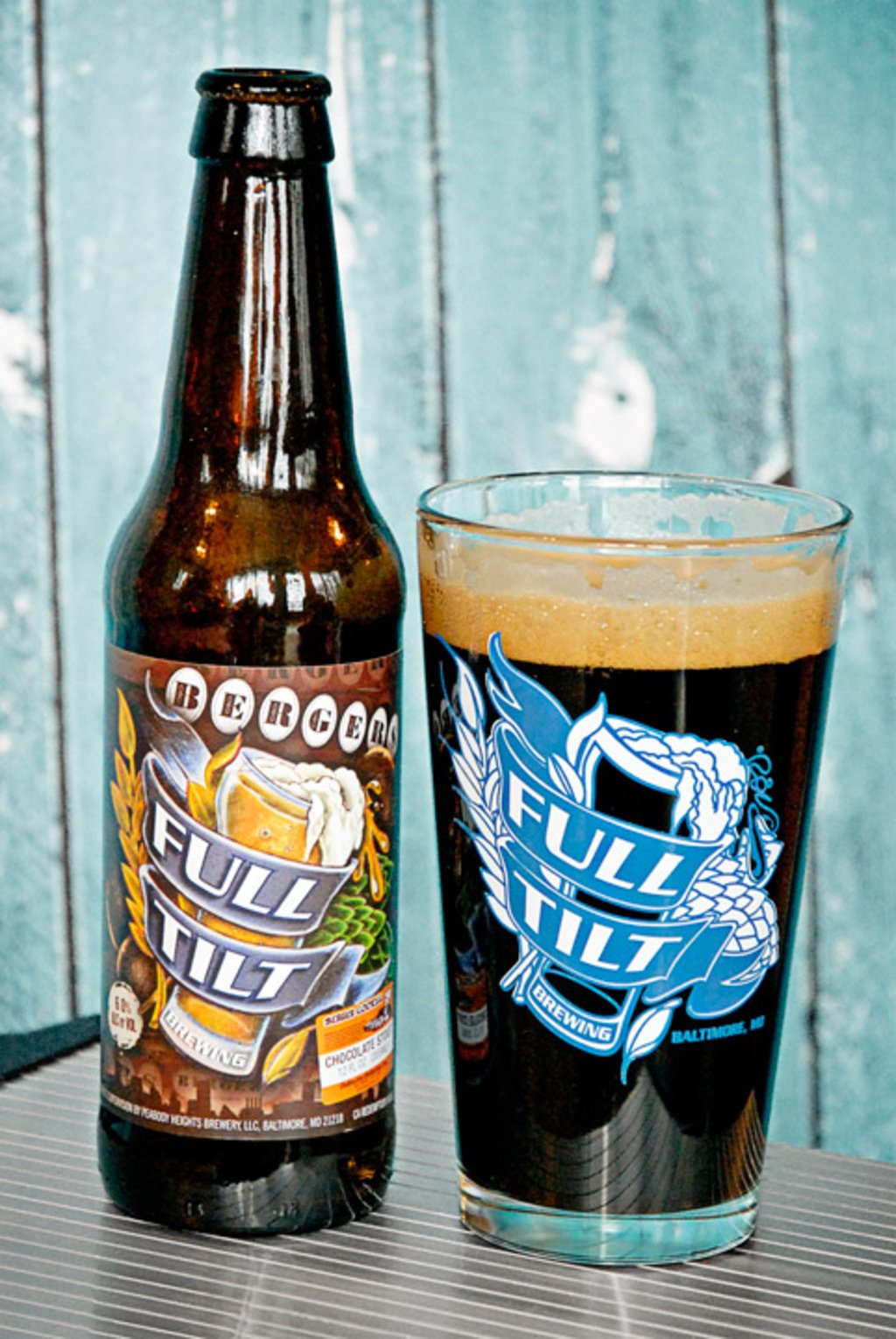 Forbidden Root, Chicago, IL
Every beer from Forbidden Root is spiced with a variety of ingredients that both pairs well with and enhances the base flavors of the style. The flagship and namesake itself contains over 20 botanicals including wintergreen, cassia, licorice and sandalwood.

Full Tilt Brewing, Baltimore, MD
Some of the best collaborations come about not with breweries, but other local businesses. The Bergers Cookie Chocolate Stout is made with lactose, cacao nibs, vanilla and the cookies themselves (made by DeBraufre Bakeries) for a velvety smooth and sweet delicacy that pays great homage to an iconic local brand.

Mad Fox Brewing Company, Falls Church, VA
The Kellerbier Kolsch may have the hardware (2011 Great American Beer Festival gold medal winner), but the Orange Whip IPA is the most unique. It drinks like an orange creamsicle, with a complimenting citrus hopiness.

Modern Times Beer, San Diego, CA
Modern Times focuses on sessionable beers that are style hybrids, but its one-offs are what to look out for. With the help of Michael Tonsmeire, author of the first comprehensive book on American sour beers, the specialty portfolio will hopefully expand into the regular lineup.

Short’s Brewing Company, Bellaire, MI
A visit to the portfolio page of Short’s Brewing will list nearly 300 beers. What makes this even more astounding is not only the range of traditional styles, but the plethora of radical brews, from Bananas and Blow Creme Ale, Strawberry Short’s Cake, Pineapple Side-Down, and a favorite of last year’s GABF, Key Lime Pie. Past festival-goers will remember the large lines to get these ridiculously inventive beers, so either prepare to wait or get there early.