What: a new coffee shop with a full service kitchen opening in RiNo

She lived on the west side, he on the east. She was an American living abroad, he a New Zealander doing the same. They were both teachers, educating students in a foreign language on a small island in the Sea of Japan. At first they didn’t know each other — despite their similar occupation and the constraints of the island. But one day, they met, quite literally in the middle of their transient home. Supposedly it was then, over a bowl of “the world’s spiciest Indian curry,” that this couple, and the soon-to-be owners of Stowaway Kitchen + Coffee, fell in love. Eventually the pair would move to mainland Japan and then to Melbourne where their long-term love affair with coffee as well as our story would begin… 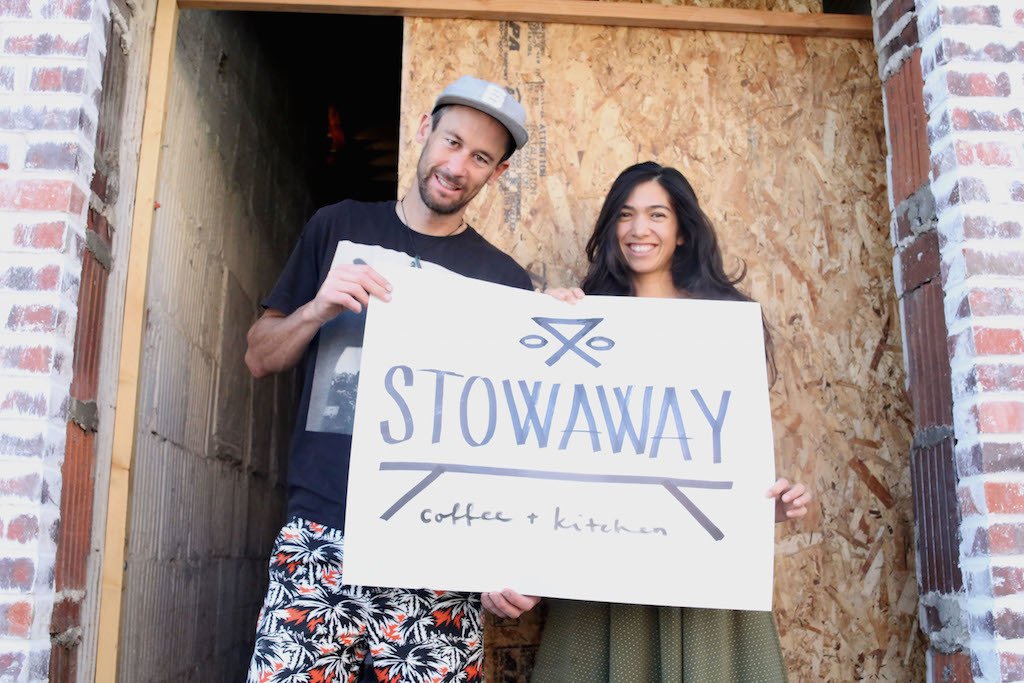 “I didn’t need it in college… Hayden is the total opposite,” explained Amy Cohen, co-owner of Stowaway in reference to her initial relationship to coffee. Cohen, admittedly, was more of a tea person, but after meeting her now husband and business partner, Hayden Barnie, everything changed. Because Barnie was in fact the total opposite. For he has spent most of his adult life around all aspects of the industry. Initially, he was a barista during his college days but then worked his way up to become a part of Coffee Supreme — a popular New Zealand coffee company that ultimately would lure Cohen towards coffee with the mysterious art of roasting:

“Amy, here, has a better palate than I do,” said Barnie in reference to Cohen’s new-found skills. But, even though Cohen fell in love with coffee through this medium, the couple didn’t move to Denver (they came here to visit Cohen’s brother and never left), to flex that skill:

“There are a good amount of really good roasters in Denver doing an amazing job with a much better network than us,” explained Barnie. He elaborated that roasters like Phil Goodlaxson of Corvus, which incidentally was one of the first people they met in town, is one reason they’ve decided to focus on other aspects of their forthcoming shop. “Phil is getting coffee from places that no one can get… there’s plenty to try around here,” he said.

Rather, the pair is hoping to contribute another aspect of cafe culture that isn’t as robust as roasting and some might even say is sorely lacking in Denver… 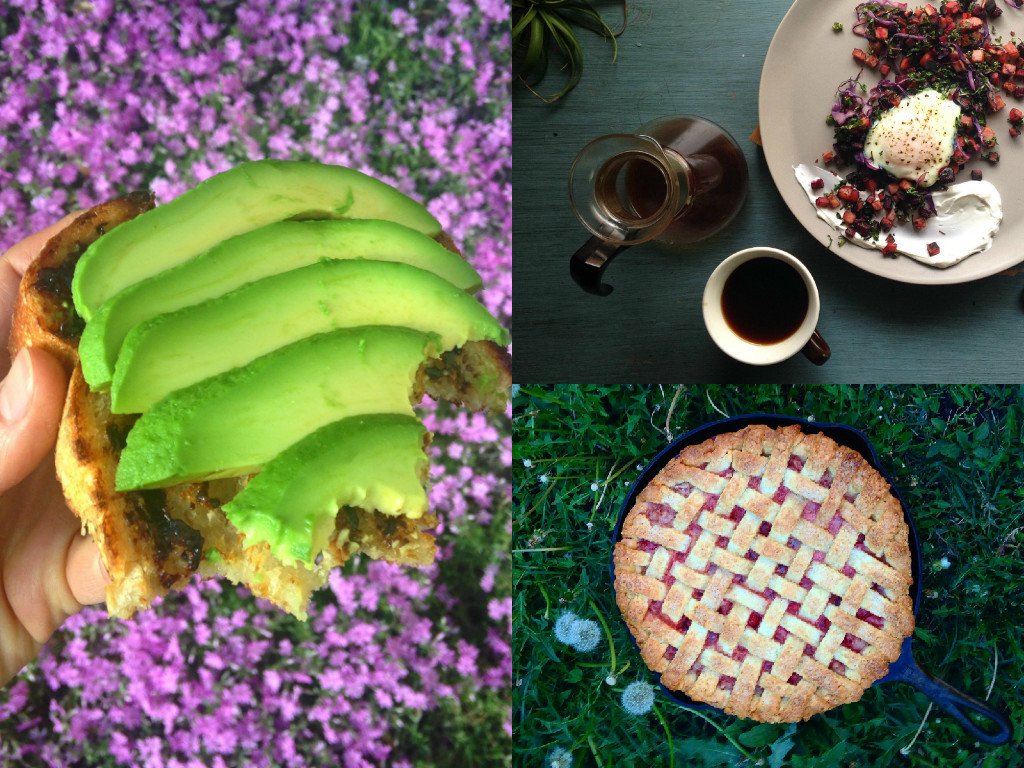 Stowaway plans to not only offer a full espresso bar that highlights roasts from local companies like Boxcar (where Cohen currently works), Corvus, and Sweet Bloom, but it will also have a full breakfast and lunch menu as well. Food, outside of pastries, is something that many Denver coffee shops do not currently offer with the exception of a handful of favorites (Crema, Cafe Max, Rooster & Moon) — but it is commonplace in shops in Melbourne, according to the Cohen and Barnie.

As for the menu, it will feature a small and curated list of items that are inspired by the couple’s travels abroad with seasonal and international influences (examples pictured above). The kitchen will be run mainly by Cohen, who explained that a balanced approach is key in her cooking:

“We are striving for balance in our menu; whether it’s sweet or savory, big or small, we want to give our guests what they’re looking for without overwhelming them with options.”

While the coffee shop will offer a full menu, it will however, not have a liquor license. But their neighbor, Pon Pon, a gallery and cocktail bar (that will also open soon), will be a good place for patrons to get a buzz. But if you’re into local craftsmanship, you might not have to look much further outside Stowaway. 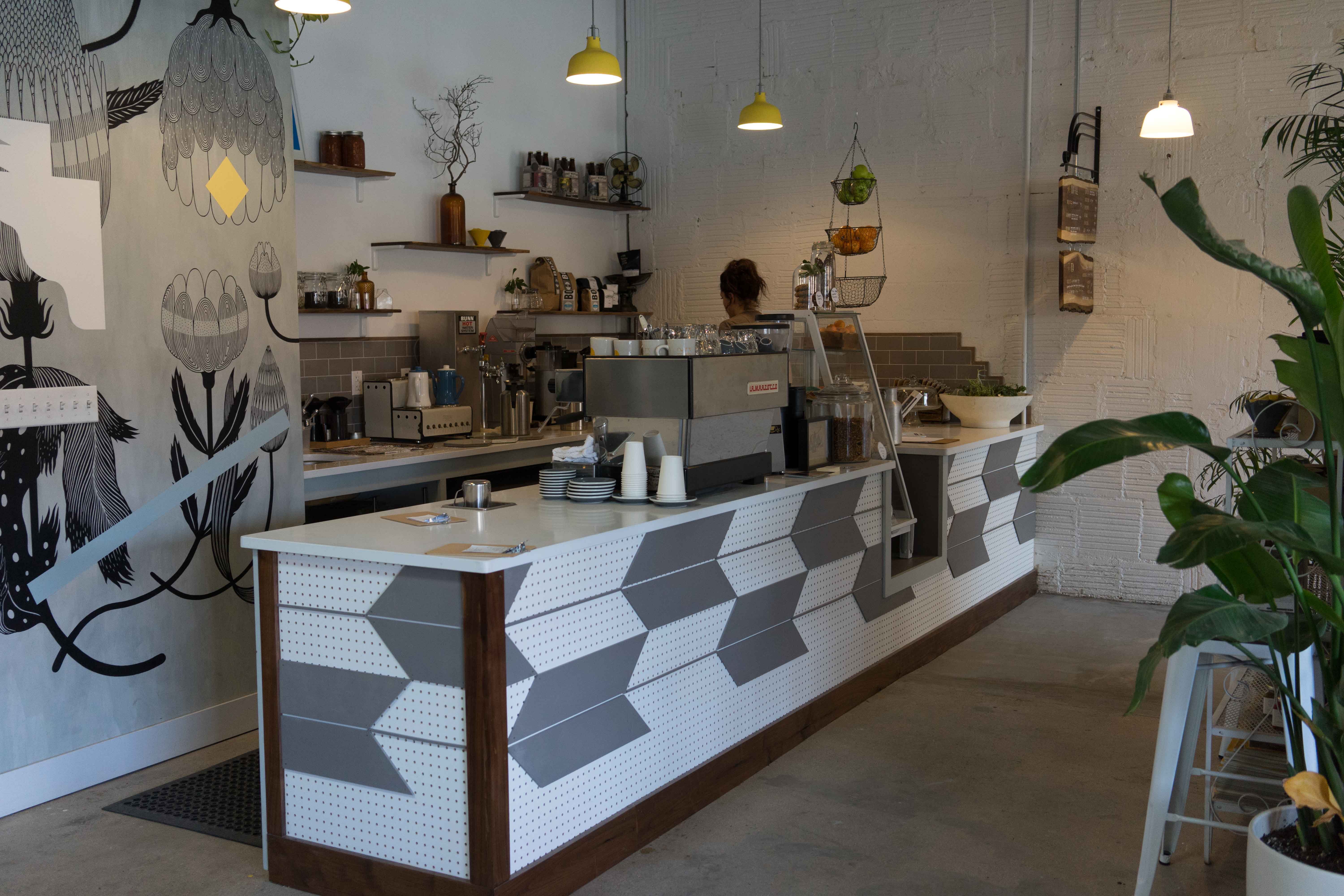 Located in a flat-faced, brick building, that is rumored to be a former a tram repair shop station, Stowaway will be denoted by its high ceilings and a simple and clean design that highlights custom built furniture constructed by local craftsman, Nick Shigouri. Similar to Cohen and Barnie, Shigouri has an interesting backstory to how he ended up in Denver, because, like them, his path wasn’t exactly linear. And while it didn’t necessarily involve zig-zagging the globe, his life path did take an unexpected turn:

“I went to undergrad and graduate school at the University of Kansas; getting a Master’s in Public Administration in city management,” he explained. Not happy with job prospects in local government, Shigouri used his experience in city work to turn once discarded items into the foundation for his new passion, woodworking:

“Many of these trees would be pulp,” he explained of the walnut he is using to build Stowaway’s tables. “They would have been marginalized through city work… cut down because of a road expansion or right of way work.” But instead, Shigouri uses these municipal trees to fabricate furniture as well as other goods such as cutting boards, effectively giving them new life and purpose outside of a trash heap:

“The cities really like it because there is a lot of weight that goes into landfill for cutting a tree,” he said.

For Stowaway, all the tables will be made from walnut with some featuring a refined finish (as pictured) and other with a raw/live edge and knotholes filled with a turquoise inlay.

If all goes well, (currently, they still need a range hood), Stowaway will help fill the need for more casual breakfast spots in the city. Because outside of the few full-service cafes, there are not many places where one can grab a sit-down morning meal without committing to the full brunch experience (i.e. long waits and hefty prices). But hopefully, come September, that might change and Denverites will have at least one more spot where a croissant and a doughnut aren’t the only companions to their coffee.

If you’re interested in learning more about Stowaway and want to contribute to their project you can go here.