What: A double-sided doughnut and coffee bodega paired with a customizable, intimate beverage and food space located next door.

On August 15, Habit Doughnut Dispensary and Carbon Beverage Café opened in the former home of the shuttered Paris on the Platte. Once an ignored industrial backstreet, the Confluence neighborhood is now a microcosm of Denver’s rapid development. And while losing an institution will inevitably be met with mixed opinions, this new concept seems to understand the space that it is filling. In addition to paying homage to the space’s renegade roots, the cohesive concept embraces the progressive area.

As the ambitious hours indicate, Habit and Carbon plan to create an environment that appeals to a conflation of cultures, no matter the time of day. From its unique brioche doughnuts and approachable beverage program to its affordable, tax-inclusive pricing, it’s clear that owner Lisa Ruskaup—Denver native and creative concept director of Breckenridge-Wynkoop, whose recent endeavors include Farm House at Breckenridge Brewery and the late Session Kitchen—is putting an emphasis on customization and transparency. 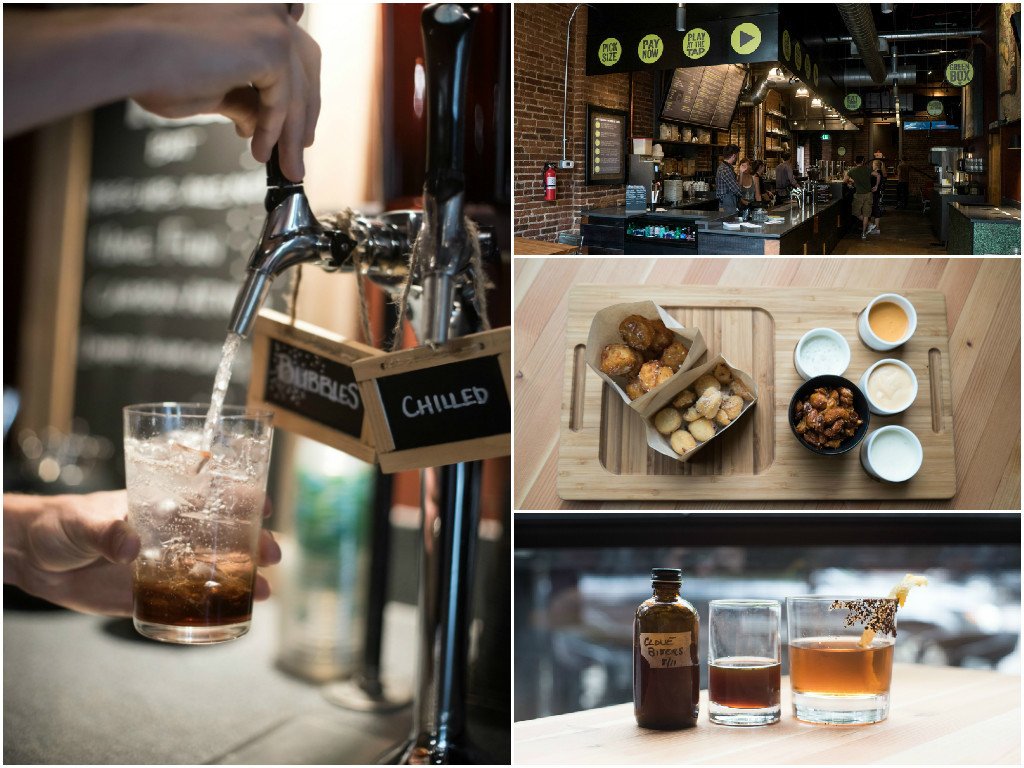 Carbon is a sophisticated hybrid that features a premium, customizable coffee and beverage program alongside a rotating menu of sandwiches, salads, munchies and bowls. The modern, yet inviting space features a sleek bar and wall hangings salvaged from Paris on the Platte. And while the grab-and-go cooler encourages quick breakfasts, the rest of the interior invites its guests to stay a while, whether they’re working or drinking. The laid back, elegant lounge features roomy community tables and may be rented out for corporate events, while the locker is designed to be a social hub for Platte Street.

The central focus of the space is the beverage program’s uncluttered 18-tap system, whose star is the Modbar, a sexy espresso machine that houses its hardware beneath the counters. To keep things simple, everything is on tap: from rotating Colorado beers, wines and Happy Leaf Kombucha, to a Method Roasters cold brew and elemental cocktails (seasonal drinks inspired by the earth, sun, wind and sea). Kyle Duce’s highly curated beverage program emphasizes balance. Drinks such as the cold brew Manhattan—Duce’s current “Earth” offering, which features an unconventional cold brew rinse and a dash of clove bitters—highlights flavors found throughout Habit and Carbon.

This uncluttered approach not only creates an intimate experience, but it also encourages customization; guests pay by bulk, not contents, of the drink. After choosing your size and preferred liquid, you have the option to completely customize your drink. Want an extra shot of espresso or almond-milk? Prefer cortados over lattes? It’s on the house. You can even ask your taptender to top your drink off with a variety of garnishes or house-made shrubs and syrups—or head to the self-service Carbon-ation station to add a burst of bubbles.

The food program, helmed by Culinary Manager TJ Bresina and Executive Chef Scott Parker, supplements its interactive beverage partner with a pop-culture inspired menu. Munchies are designed to be sharable and include the addicting Wu-Tang tots with its variety of sauces called “hits” (get it?). Sandwiches, including the Korean barbecue-inspired Lil’ Kim, and #Bowls, featuring creative twists on chicken and waffles and TV dinners, are more filling and create a bridge between the doughnut and beverage programs. 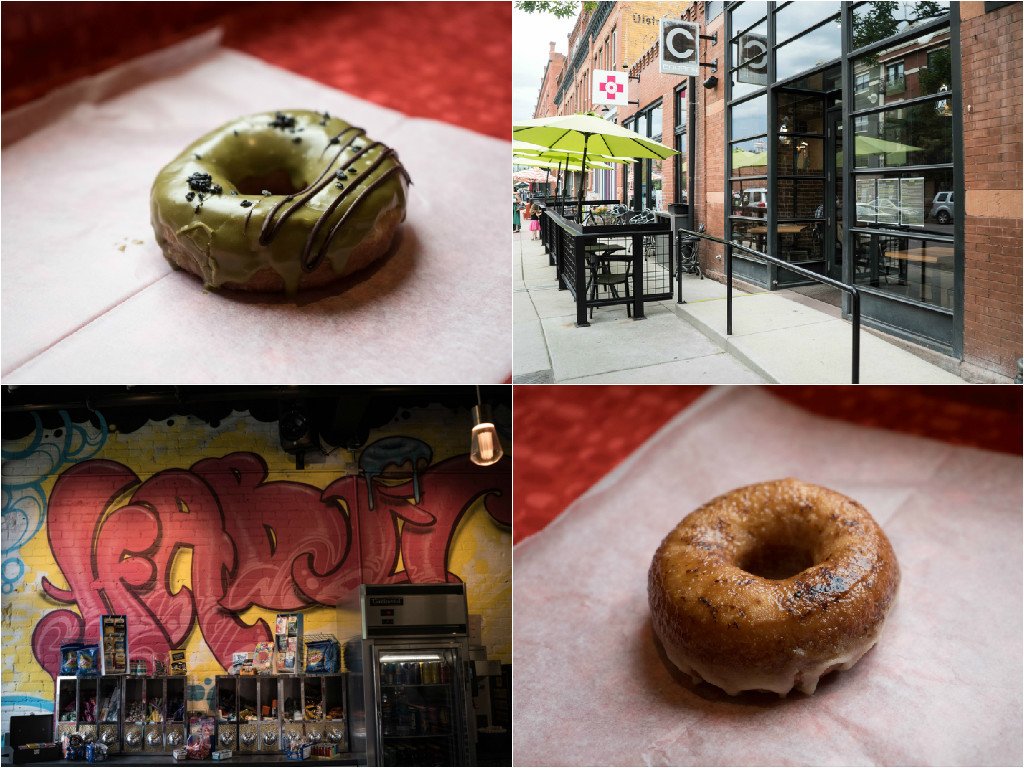 Next door, the vivacious Habit doubles as a coffee-and-doughnut shop and urban bodega. Nostalgic DMX and TLC bangers complement the colorful vibes of the dispensary. And while there’s no pot in Habit’s doughnuts, the cheeky, pink and white signage that illuminates the storefront may be the best adoption of the medicinal marijuana cross that the city has seen to date.

For early birds, a cup of Carbon coffee—an exclusive medium-roast blend that compliments Habit’s flavors—is free with a doughnut purchase. The self-described “badly behaved” dispensary has your late night needs covered with corner store conveniences such as cigarettes, Red Bull and condoms. The storefront even sells airplane-size liquor bottles. And although the liquor must be consumed on-site, Habit has a secret menu that pairs doughnuts and a shot for $6, a perfect combo for late-night munchies.

The dough is the differentiator for Habit. What sets Executive Pastry Chef Jessica Desormeaux’s doughnuts apart from conventional pastries is the springy, greaseless base, which imparts a dense, yet balanced taste. Save for a small amount of honey, the dough does not contain sugar; instead, the sweetness of these chef-driven creations rests in their creative fillings, glazes and toppings.

Ultimately, consistency is key with the sister concepts—and the underlying urban themes and uniting flavors solidify Ruskaup’s lofty ambitions. While Carbon and Habit exist as individual entities, the two remain congruent. Whether you’re meeting a client for an afternoon business meeting or happen to have the afternoon munchies, the dual concept has you covered.