10 Reasons Why We Love Illegal Pete’s

The burrito is undoubtedly a Colorado staple. And while we aren’t talking about traditional Mexican food, there is something about these foiled-wrapped, bursting-at-the-seams behemoths that Coloradans can’t get enough of. Plus as the birth place of not only Chipotle, but smaller and equally delicious fast-casuals, it is quite clear that Colorado knows its stuff when it comes to burritos.

So as an ode to our beloved burrito, 303 wanted to write a love letter to one of our favorites: Illegal Pete’s.  Pete’s is all about Colorado pride (did we mention we are partnering to host 303 Day?), supporting local artists and dishing out delicious mexican style food. So here’s to you, Illegal Pete’s!

10 Reasons Why We Love Illegal Pete’s 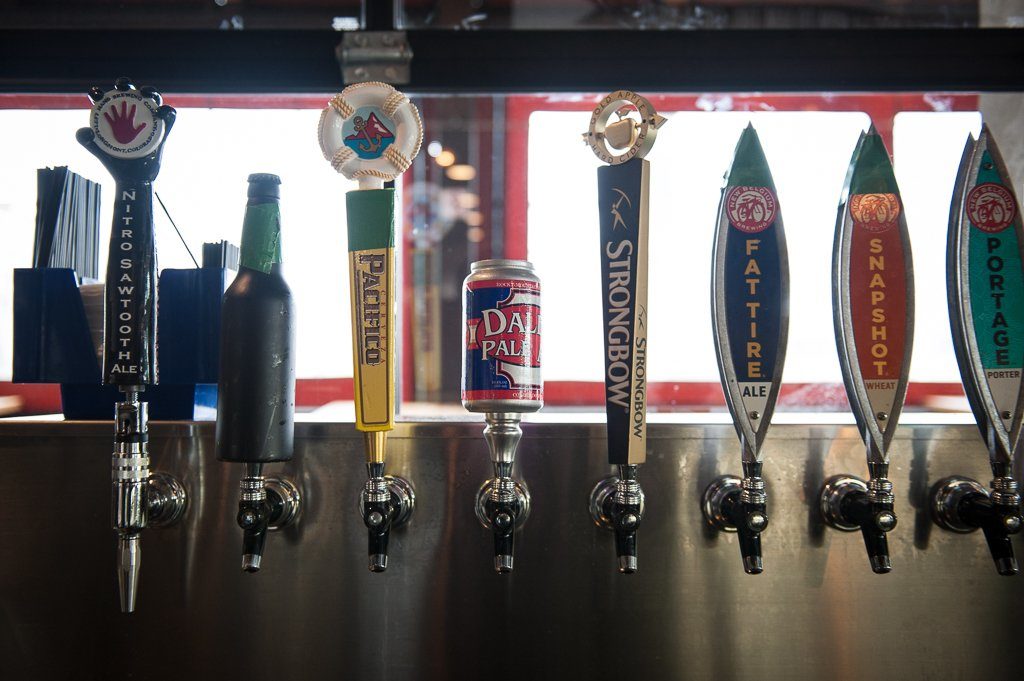 There’s really nothing better than pairing your giant burrito with a cold brew or icy margarita. Illegal Pete’s knows that, so it has a fully stocked bar complete with specialty beverages and a rotating selection of Colorado craft beers. Or, come for just the bar and enjoy free chips and salsa while you drink. And have you checked out their killer happy hour? It’s available 3 p.m.-8 p.m. every day and features specials like $4 margaritas. 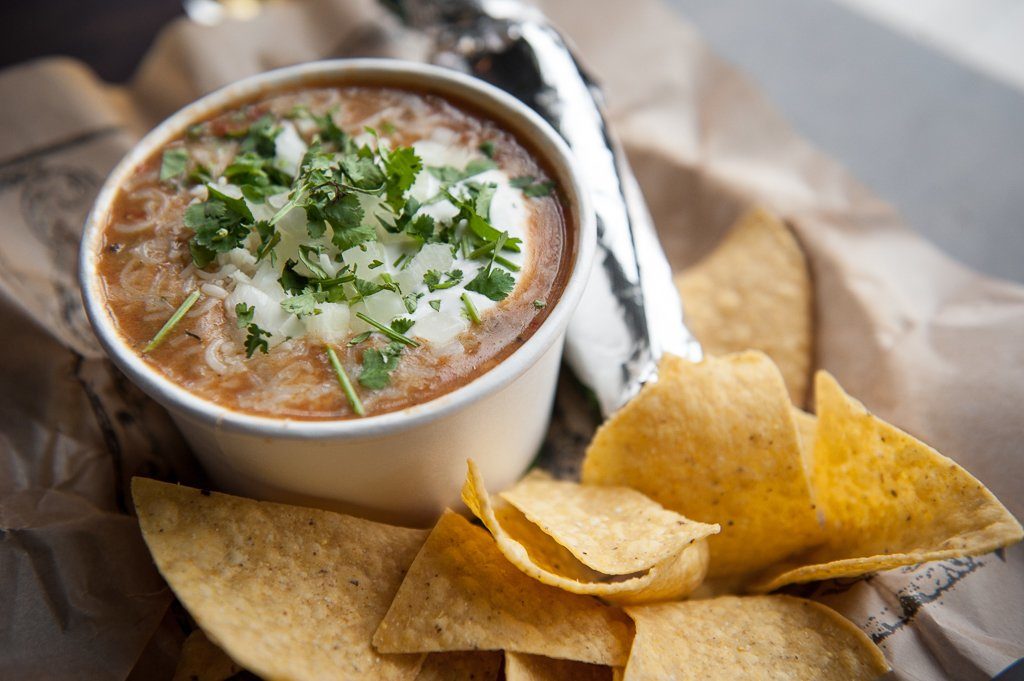 If there’s one food item that’s synonymous with Mexican fare in Colorado, it’s green chili. And what’s missing at those other popular burrito joints? Green chili! But worry not, Illegal Pete’s has you covered with its flavorful pork-filled or vegetarian versions. Get it inside your burrito, smothered on top, or on its own in a piping hot bowl – because a burrito joint without green chili will never be able to truly satisfy your Mile High cravings.

3. All the Delicious Add-Ons 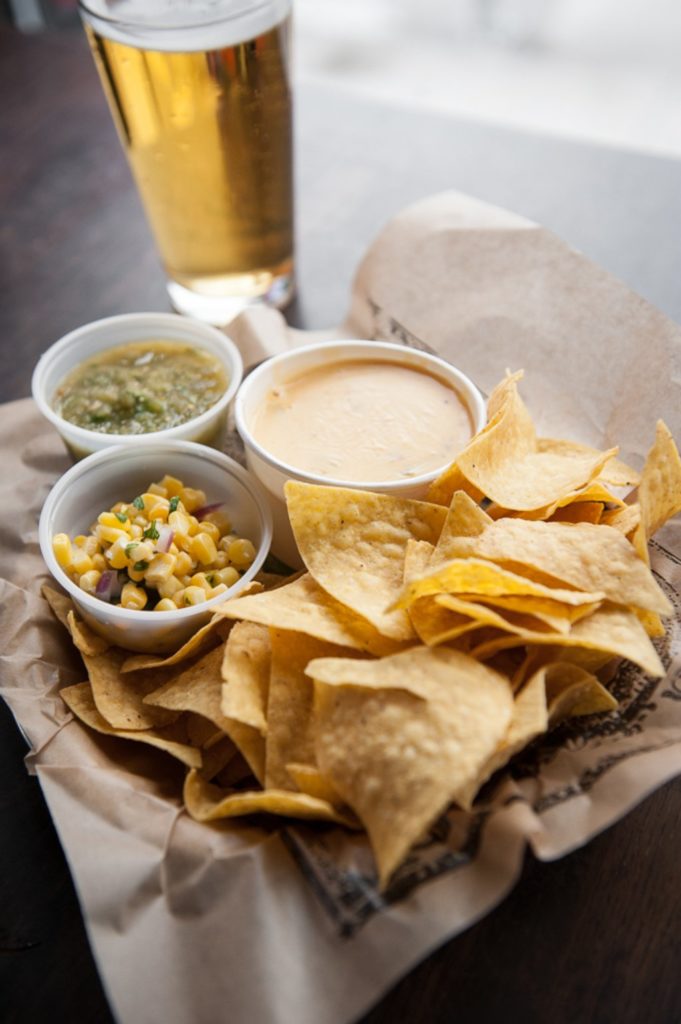 It’s not just the green chili that makes the food at Illegal Pete’s stand out. There is a whole world of tasty eats on their line that are MIA if you’re ordering at a different fast-casual burrito joint. Illegal Pete’s has all the expected fixin’s: a variety of salsas, sour cream, two kinds of beans, rice…you get the idea. But diced onions, cilantro, queso, roasted veggies and a garlicky poblano pesto are some of the extras that push Illegal Pete’s offering over the flavor edge. And if you’re a guacamole fanatic, you can add it for free if you forgo cheese and sour cream – an ideal option for vegetarians. 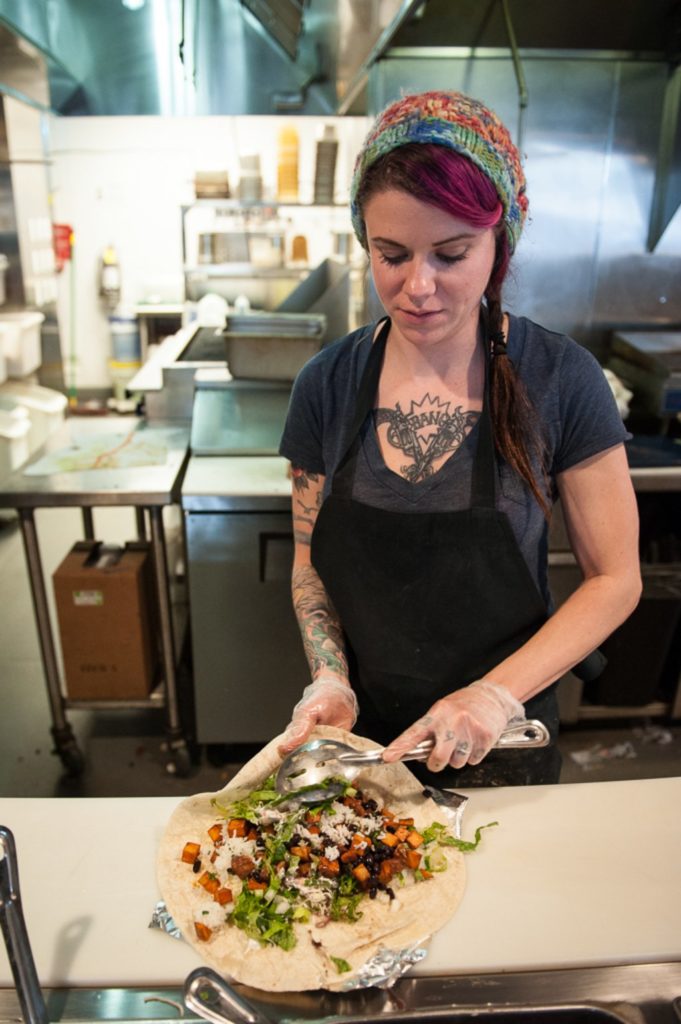 A perfectly distributed burrito is a beautiful thing. There’s nothing worse than going for that first bite, your stomach grumbling and mouthwatering as you prepare yourself for the satisfaction of chomping down on a tortilla filled with goodness, only to get a mouthful of rice. Illegal Pete’s gets this, which is why it implemented the mix. It’s your burrito’s last stop before being wrapped especially for you. This technique ensures that you get a taste of every ingredient in each bite. Anything else should be, well, illegal. 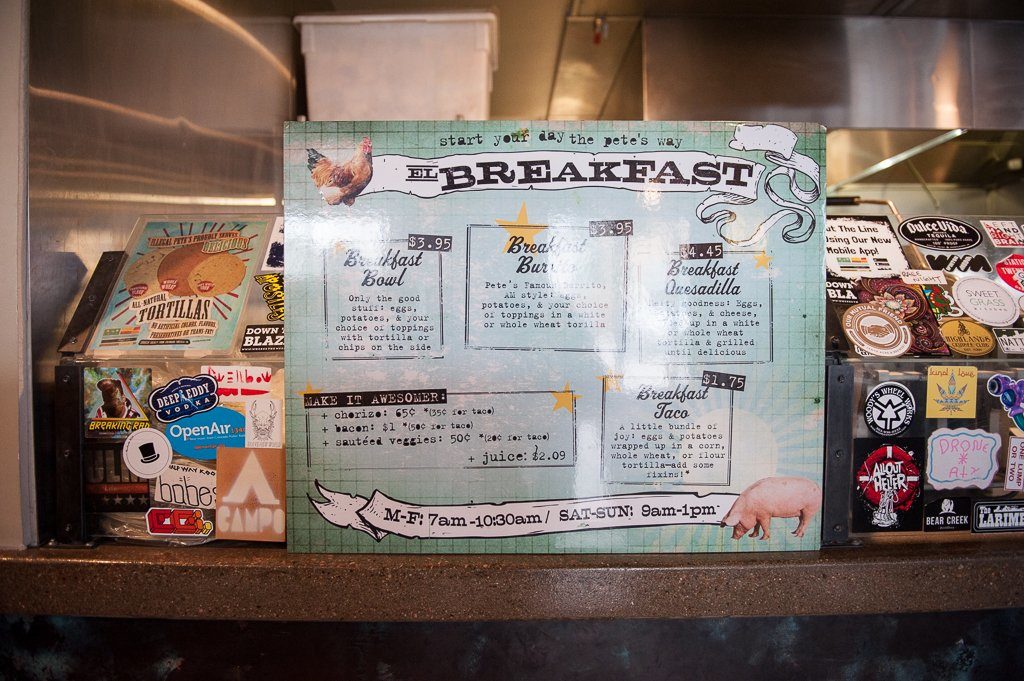 That’s right. We said breakfast. A lot of people don’t know that Illegal Pete’s offers early morning eats. But, oh do they. Many locations offer it as early as 7 a.m., and this morning meal is no slacker. Choose from burritos, quesadillas, tacos, or bowls filled with whatever you’re craving: potatoes, eggs, bacon, chorizo – they’ve got it all. And these A.M. burritos start at just $3.95 so you’ve really got no excuse for ever skipping the most important meal of the day again. 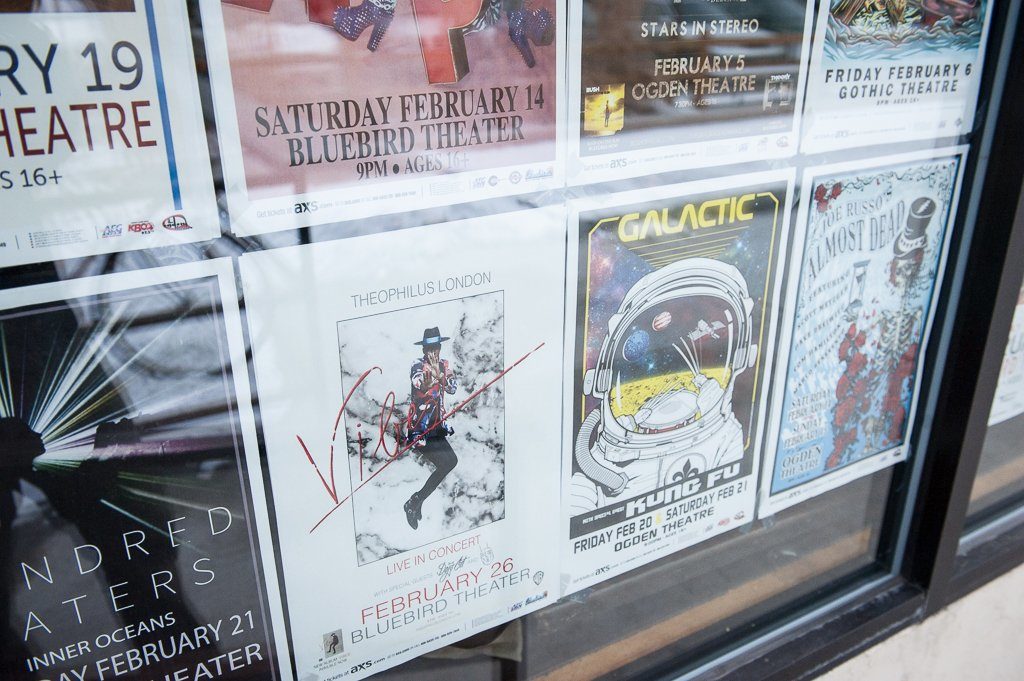 Yes, we love the fact that at any given moment, you can walk into an Illegal Pete’s and hear the Misfits or some energetic swing and anything in between playing as you order. But its commitment to music and promoting local music goes far beyond that. Many Illegal Pete’s locations often host live shows, and Illegal Pete’s record label, the Greater Than Collective, works in nontraditional ways to help local bands release albums and promote their music. And bands traveling through Denver get love from Illegal Pete’s too with its Starving Artists program which offers bands free grub while they’re in town – all they have to do it give Pete’s heads up and they’ll have a meal waiting for them to quell their touring hunger. 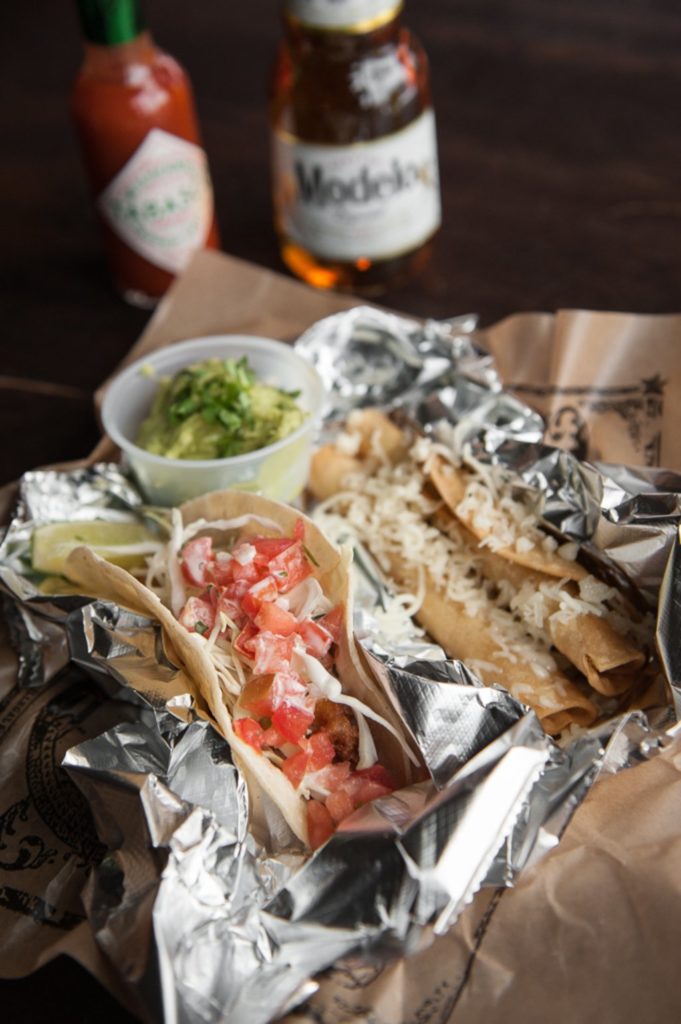 If loaded burritos, queso and green chili don’t have your mouth watering yet, Illegal Pete’s also has some non-traditional offerings for an order-at-the-counter burrito joint. Giant, melty quesadillas and crispy taquitos can be found here. But the best So-Cal offering here comes in the form of fish- battered and fried in a light breading and served in tacos or a burritos along with cabbage, white sauce, salsa fresca, fresh lime and whatever else your beach-side imagination desires. 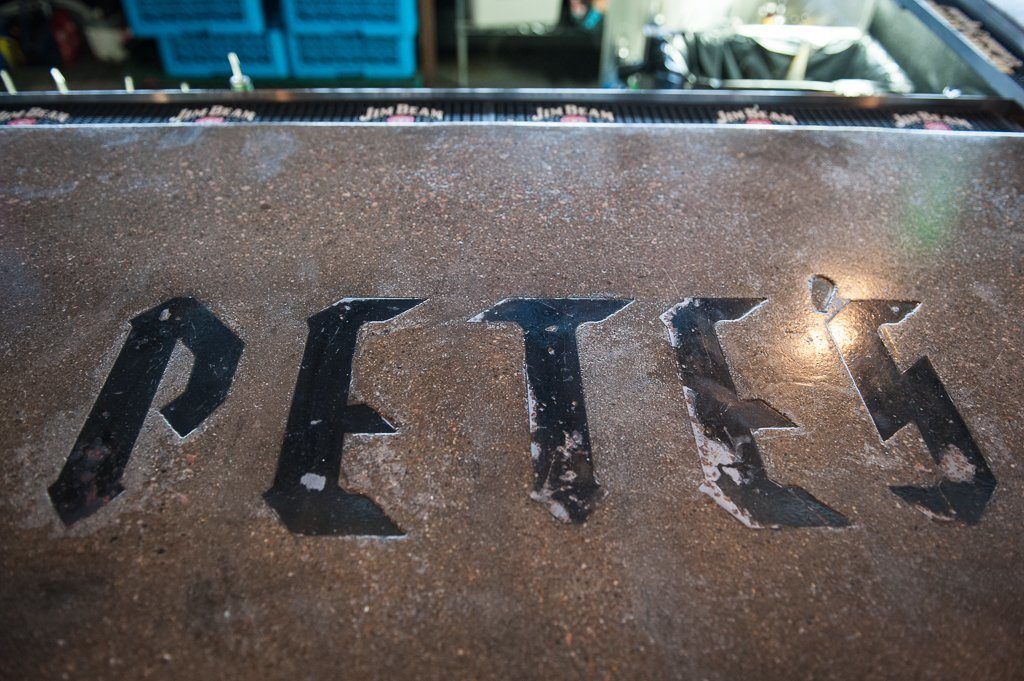 We’ve all been there. After a long night on the town, it’s the middle of the night and you’re starving. Illegal Pete’s is here for you. Most locations are open until 2:30 a.m. Thursday-Saturday and midnight during the week. Even Denver’s first successful burrito-chain (you know who we’re talking about) can’t make that claim. Any place that can make me a giant bowl of queso-drenched nachos at midnight has my heart, don’t you agree? 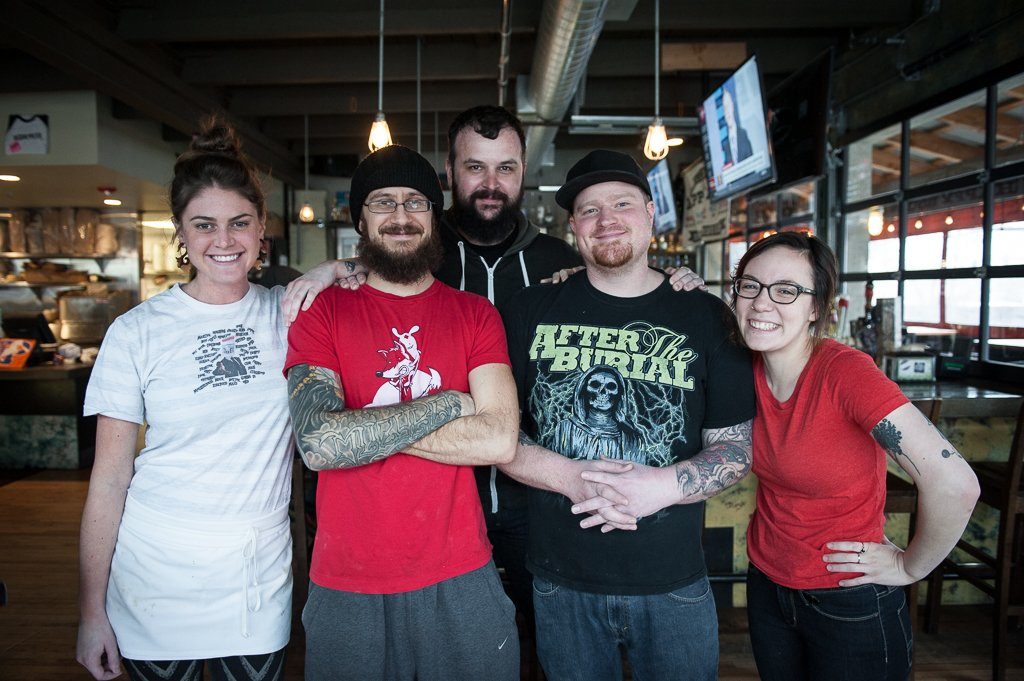 Let’s start with the obvious: Pete. Yes, he’s a real guy. Pete Turner opened the first Illegal Pete’s in 1995 in Boulder after graduating from CU. You may have heard about the recent controversy  he faced surrounding the name of his small chain of burrito-wielding locations prior to the opening of the newest Fort Collins location. If you want a sense of what makes the people at Illegal Pete’s stand out from your typical fast-casual worker, read Pete’s response here. But beyond the recent name debate, we’re crushing on Pete’s staff because they make us smile. Having a bad day? Get in line at an Illegal Pete’s and have a chat while your burrito’s being mixed. These people work all day, often facing long lines, but somehow they almost always come through with a light, often funny, and engaging attitude. Plus their positive attitudes probably come from the fact the company has awesome policies like a daily free lunch (even on days you’re not working) and killer holiday parties. Who wouldn’t appreciate free food and parties? We sure as hell do. 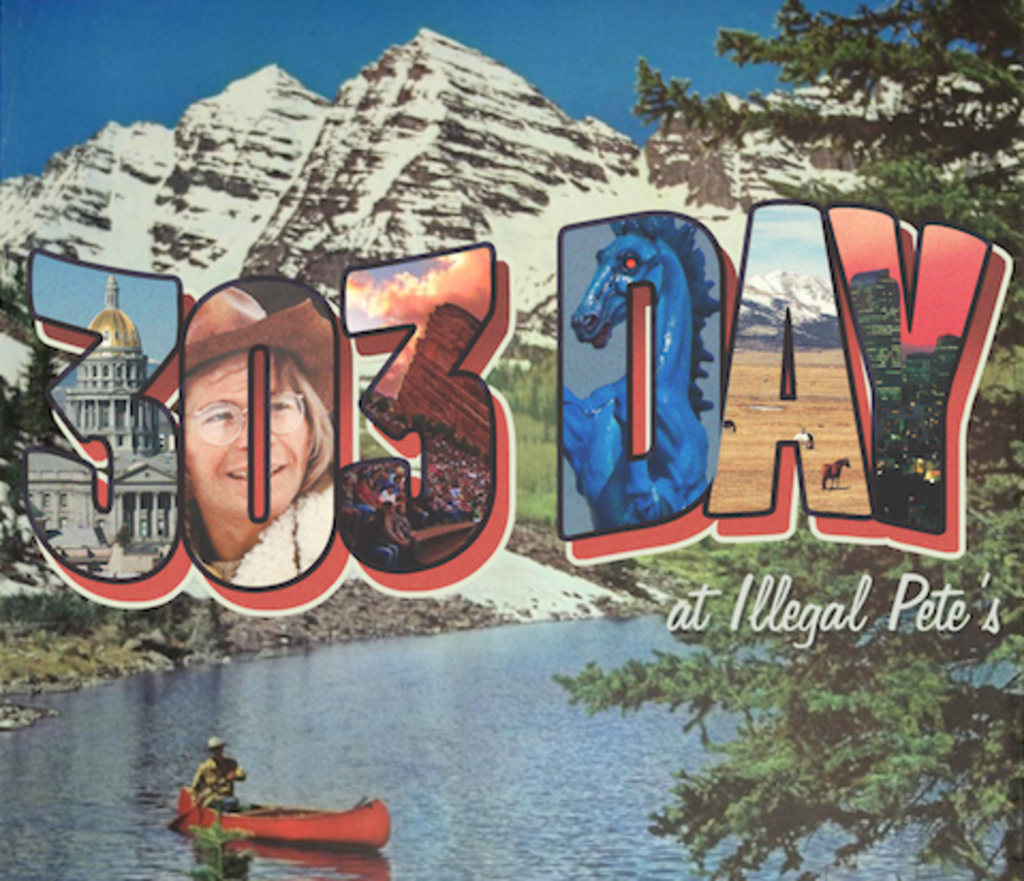 So Illegal Pete’s is all about delicious food, music, and Colorado pride. So how do you bring these together? 303 Day, of course!  And in case you haven’t heard, this year Illegal Pete’s, 303 Magazine & Channel 93.3 are teaming up this March 3 to make 303 day bigger and better than ever. Celebrate all things Colorado this year with free performances and a chance for deals on food and drinks like scoring free chips and queso, a free Pablo’s coffee, or New Belgium beer for $3.03 all day long. Plus, don’t forget to submit your 303 Day logo designs to 303 Magazine by this Sunday, February 15th.