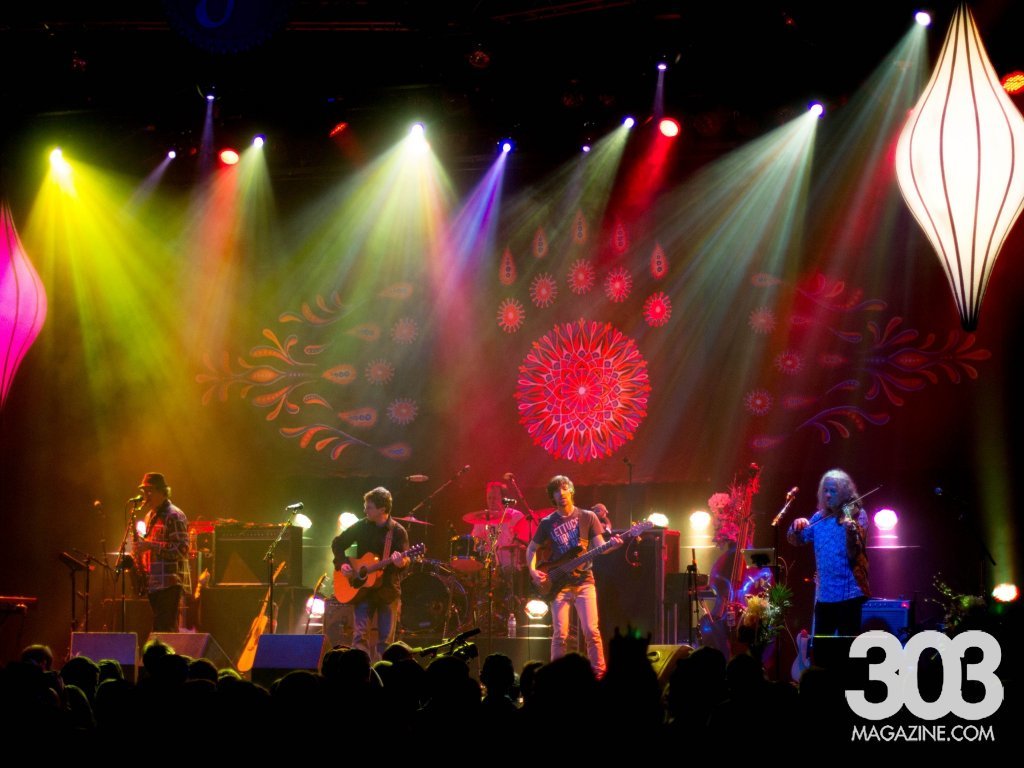 Flash back to August: it was a warm and breezy night at Red Rocks. First, it was the Wood Brothers. Then Greensky Bluegrass. And next, Railroad Earth played a spectacular and meandering show. They took us on a joyful journey with their bold and sweet flavor of bluegrass and Americana rock.

And they have captured all of that goodness in a three hour DVD entitled Railroad Earth: Live at Red Rocks. This is their first live DVD and boasts of outstanding production quality by Colorado’s own NoCoast Productions, with audio mixed by Jon Altschiller (Phish, Dave Matthews). The release date for the DVD has even been slightly postponed so that these perfectionists could improve on the final overall quality of the film. (Scroll down for details.)

Railroad Earth: Live at Red Rocks will “give viewers VIP seats and a pure experience of the evening- just the show, with no interruptions, interspersed footage, unwanted narrative, backstage chatter or parking lot jabber. Just the concert, as it was.” 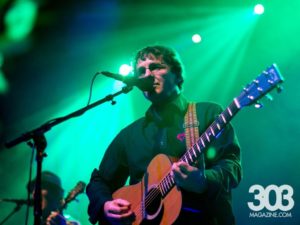 Tonight in Boulder at eTown Hall, Railroad Earth will be having a DVD screening and playing a brief and intimate acoustic set at 7pm (until about 9:30pm). This screening will also be played as a live webcast at railroadearth.com, complete with the acoustic set of music.

Railroad Earth will also be playing the following three nights at the Ogden (Thursday, Friday, Saturday). Tickets are about $35 (+ fees) per night and 3-night passes are available for $99. Doors open at 8pm and the show starts at 9pm.

Had enough yet? Nope? Good: Cervantes’ just announced that this Saturday January 24 RRE’s Todd Scheaffer will be playing a solo acoustic set from 1-5pm with Jonah Wisneski at Cervantes’ Other Side.

All Railroad Earth, all weekend. It’s a hobo’s delight.

Check out the Live at Red Rocks DVD Trailer here:

“Got a bit of a good news/slightly-less-than-ideal news situation regarding our DVD release. The GOOD news is that we had originally planned on this being one disc but upon viewing the final proof we all agreed that we wanted to raise the quality and it will now be two discs to allow for higher resolution video and audio. For anyone who has pre-ordered or does so by midnight Tuesday 1/20, you will receive emailed instructions as to how to stream the show instantly as Video on Demand as well have access to your MP3 download of the show. These links will be live as of 2:00 PM on Wednesday, and that is when information will appear in your downloads box.

The slightly-less-than-ideal news is that the physical copies will be delayed another few weeks in production, but we feel that this short delay is worth bringing a higher quality product to everyone who has anticipated this landmark release in the band’s history.”