Are you “The Man”? Maybe you have recently been chased by a big, scary guy in a white mask…or perhaps you are just young and hungry. Well, 303 Magazine got the chance to interview Jonathan Sadowski, an actor who has had his hand in films dealing with many such subjects…for clarification, films such as: She’s the Man, the hit ABC Family sitcom Young & Hungry, and Friday the 13th. So Jonathan took time out of his day to give us an exclusive on his life and work as an A-list actor (despite recovering from ankle surgery just last week!)

Born and raised in Chicago, Jonathan went to an all-boys high school where sports were the main priority. Although he was apart of the Fine Arts Club, young Sadowski didn’t fully realize his passion until seeing the full-scale production of Phantom of the Opera.

“It blew me away — I remember after seeing it just going home and telling my mom, ‘I’m gonna be on stage one day.’” 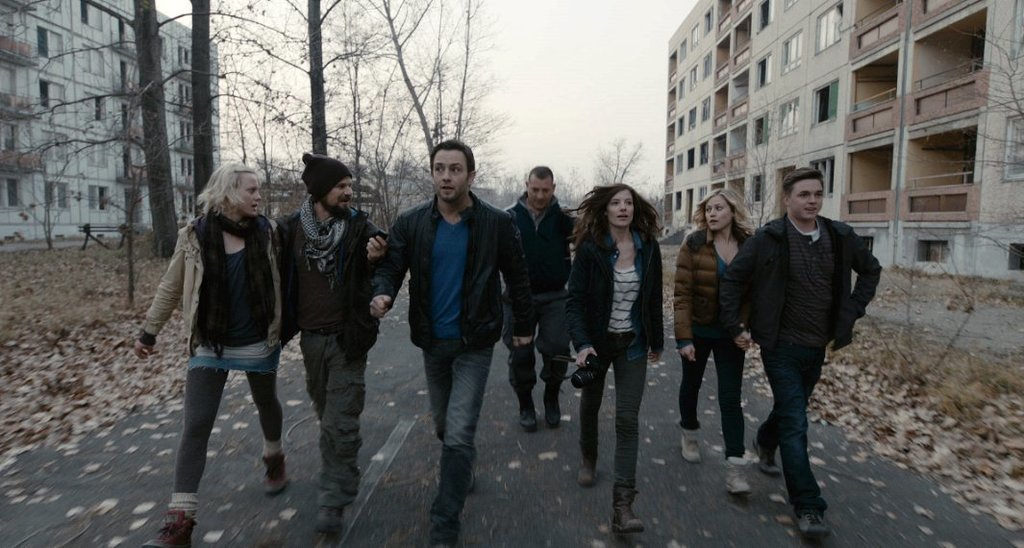 However, he didn’t start right off the bat, in fact he began his college career as a finance major, and then after realizing that he despised finance, he then auditioned and was accepted to an acting Conservatory in Chicago. It quickly snowballed from there — with a move to LA, Jonathan began appearing on several hit shows, such as: NCIS, LAX and American Dreams — all the while working at a bar. The infamous rom-com, She’s the Man, marked the first major feature film for Jonathan Sadowski, as well as other well-known actors such as Channing Tatum.  Sadowski plays Viola Hasting’s fabulous best friend; he turns her into a boy so that she can impersonate her brother, join the soccer team, and beat their rivals in the first match. He then went on to star in many films such as: Live Free or Die Hard, The Goods: Live Hard, Sell Hard, and Chernobyl Diaries… (A lot of hard living, dying and selling for Jonathan). However, all this work and play makes it so he cannot see his family in Chicago nearly as often as he would like to, never-the-less, he always looks forward to their reunions. Along with his family, Jonathan has also been sporting a great relationship with his girlfriend of 4 years, and was nice enough to tell the readers of 303 Magazine about how they first met:

“We actually met at a birthday party — I saw her on the dance floor just singing and dancing along to every song, so then I just went up to her and was like ‘Hey, I think you’re adorable, and we should go somewhere and talk.’”

So men, take note, that is how to get the girl… (well for Jonathan Sadowski at least… but it may work for you too).

Since most of his fans know him first from She’s the Man, we thought it only fitting to get the inside info on what is was like to work on the set:

Still from She’s the Man

“It was awesome. For a lot of us this was our first big movie so it was all a lot of fun. We were actually staying in the same hotel as the cast from John Tucker Must Die, so that was also a ton of fun. The cast was amazing — we always called Channing [Tatum] ‘Mr. Perfect’; he was a complete gentleman. Amanda [Bynes] is so quirky and funny, she was always improvising….”

Jonathan also recently got to do a photoshoot with two other actors we have gotten to know — Nathan Parsons and Riley Smith. When asked how it was to work with them on the photoshoot, he revealed that him and Riley had actually been friends for years, but it was his first time meeting Nathan; however, after spending some time with him, Sadowski refers to him as “a great guy.”

Speaking of great actors, we asked Jonathan if he could work with any actor he has not gotten the chance to work with yet, who would it be?

“I always say that I would love to be able to get into the mind of Daniel Day-Lewis. He is always transforming… I think he is just amazing.”

Most recently, fans will see Sadowski on the set of the all new ABC Family sitcom, Young & Hungry, where he quickly expressed his admiration for working on the show and with the cast: 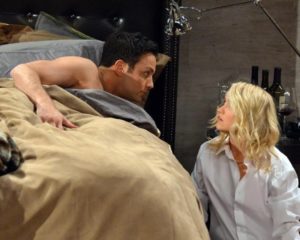 “It’s awesome- I LOVE doing sitcoms, and working in front of a live audience — theres nothing like the roar of a crowd. The cast is great, we get to make people laugh for a living, and there is something about the first season of a show— the ‘getting to know you phase’, figuring it out — we have never worked together so it’s exciting seeing what works and seeing what clicks — It’s a beautiful learning and growing experience, you can’t beat it. “

Q: Anything you’re specifically excited for the audiences to see?

A: “Well I’ll say this, the show only gets better and better. Jesse McCartney will be guest staring, who I have already had the chance to work with on the set of Chernobyl Diaries. And I will say, the season finale will make your head explode.”

So fans have this exciting promise from the Young & Hungry star himself, along with all sorts of things to look forward to with the show! Sadowski then left off with advice to any aspiring actors out there:

“Never give up. Always persevere. I always say, ‘every time an actor moves back home there is just one less person you have to compete with.’”

Great advice and many reasons to tune into Young & Hungry and watch the star that you all now know a little more about! (Oh and don’t forget to find him on Twitter and wish him a speedy recovery on his broken ankle!)