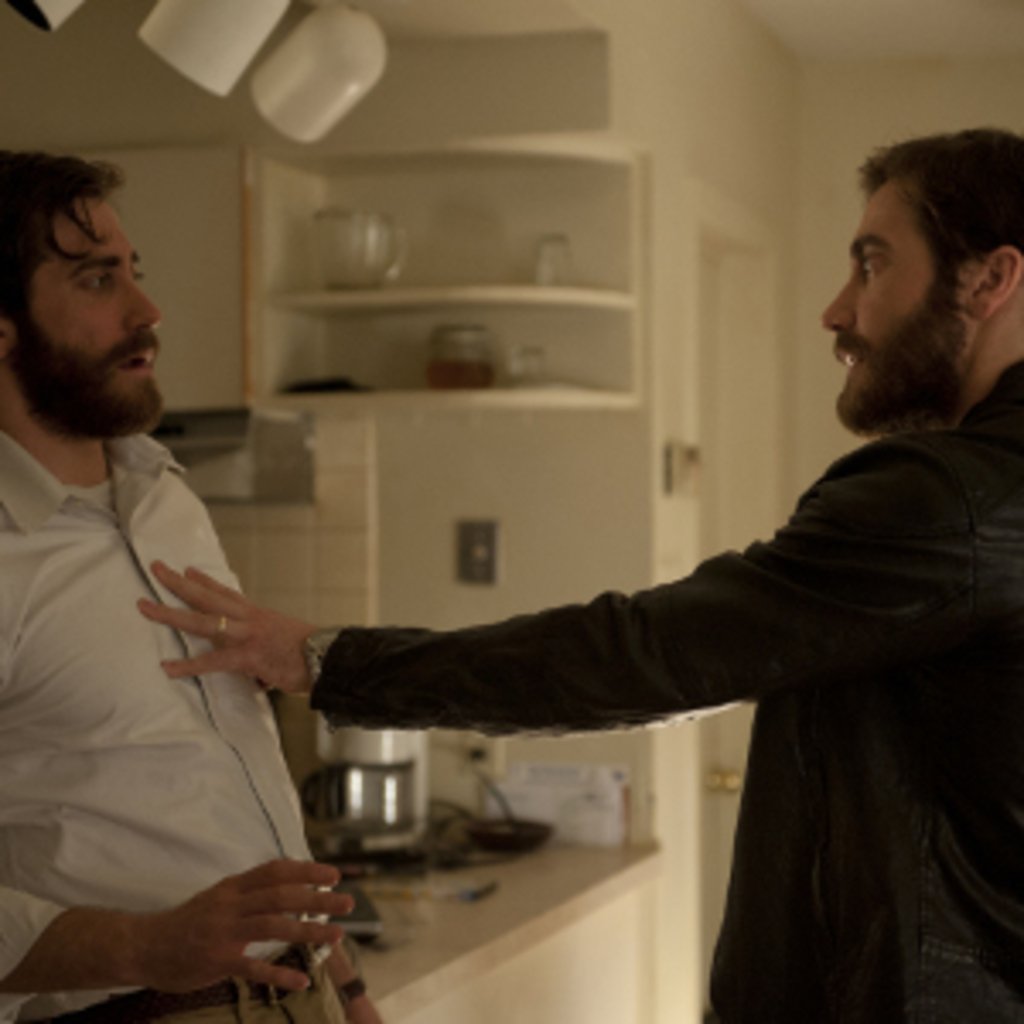 What would you do if you met your double?

If you meet your double, you should kill him – Alfred Hitchcock

According to the Master of Suspense himself, Adam Bell (Jake Gyllenhaal) is going to have to kill someone. In what appears to be modern-day Toronto, Green is disheveled college professor lecturing on dictatorships and the totalitarian control of society they require to work. An off-hand movie recommendation from a colleague spins Green’s comfortable world out-of-control when he spots what looks like his identical twin playing a bell-hop in the movie. 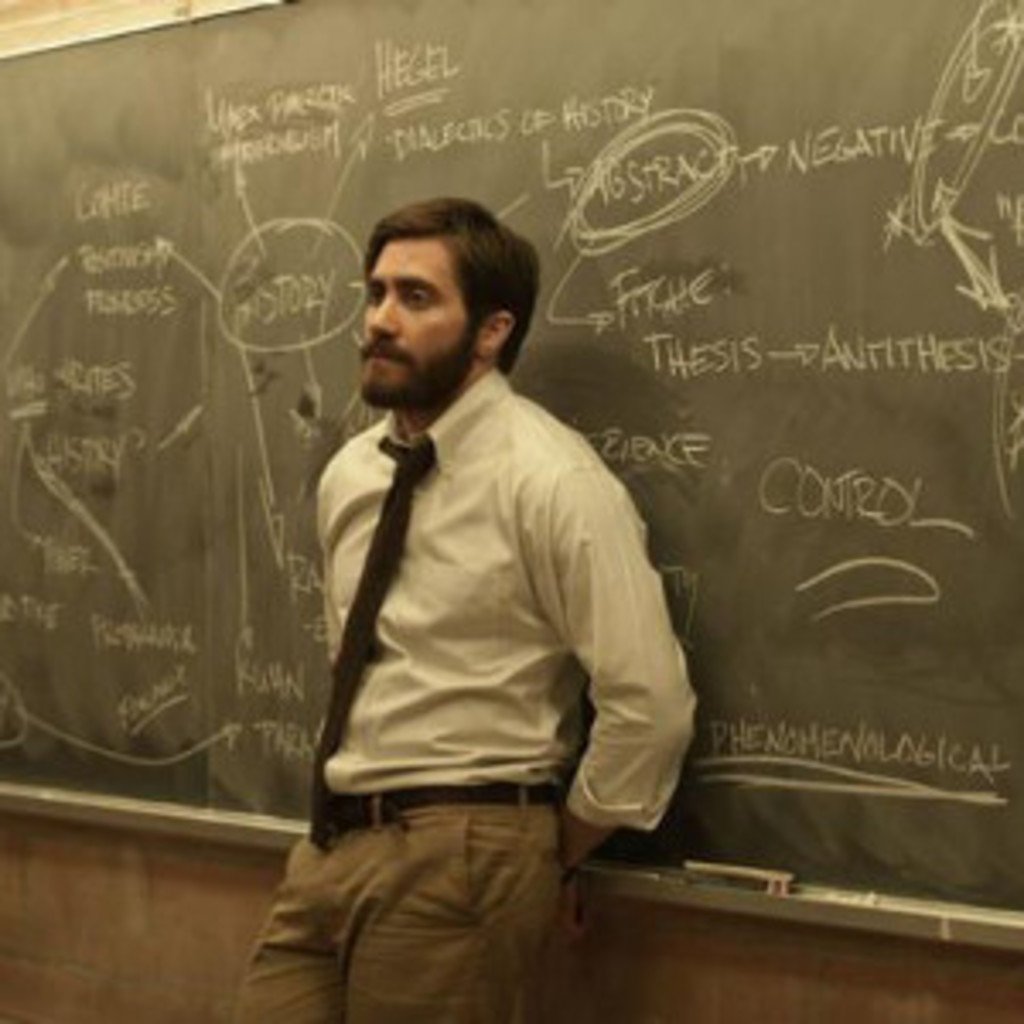 Photo courtesy of a24 Films

Adam can’t believe what he sees at first. He investigates who the actor is and it turns out he lives in Toronto & his name is Anthony Claire. Bell keeps his girlfriend Mary (Melaine Laurent, sadly in too small of a role here) in the dark about all of this but as several scenes show there relationship is a bit strained. Adam decides to call Anthony and he’s thrown off when Helen (Sarah Gadon, who is marvelous in her few scenes) answers. Helen confuses his voice for her husband Anthony which causes Adam to panic and hang up.

Despite his better judgment and his Mother (Isabella Rosellini) telling him not to pursue this any further, Adam arranges to meet Anthony in a hotel room. The meeting is…odd. Neither of them know exactly what to do with each other. Anthony was skeptical of the whole thing while Adam thought they might be brothers somehow. Once they meet Adam splits just as Anthony shows him a scar on his chest that he thinks Adam has too. Now Anthony wants answers so he tails Adam until he spots Mary leaving Adam’s apartment. He tails Mary and really digs her, hey, he’s an actor after all, right? Next time Adam and Anthony meet, Anthony confronts Adam about bringing his wife Helen into this whole mess so he wants payback – he wants a weekend with Mary or he will spill the beans on everything. Adam reluctantly agrees to the whole INDECENT PROPOSAL.

Think about it, what with the massive popularity of reality tv shows, who wouldn’t want to trade lives with someone else, especially if that someone was your identical twin who has a gorgeous, and very pregnant wife? As the two’s lives become intertwined, the film begins to blur the lines between reality too. The women all seem to notice something different about their men, especially Anthony’s wife Helen. Moving away from the men, ENEMY allows Helen (more so than Mary) a chance to stay with what looks like exactly like her husband yet he’s sweeter, more attentive to her needs than her narcissistic actor-husband. Is Helen in on the whole thing? She confronts Anthony earlier in the movie accusing him of creating all of this confusion. 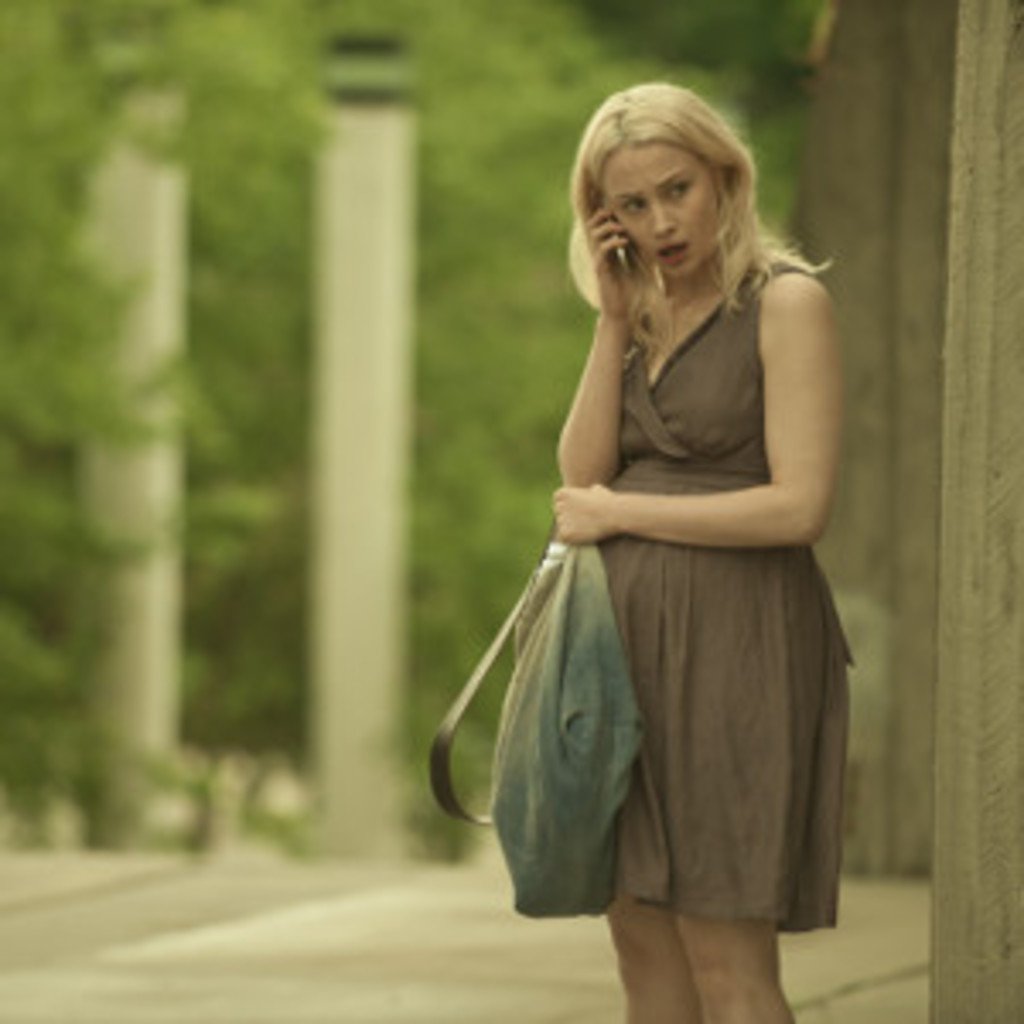 Photo courtesy of A24 Films

Then there’s that whole subplot of the EYES WIDE SHUT-like secret club that Anthony goes to (with his building’s doorman?) where naked women appear on stage to step on spiders. Spiders? WTF? Yes, spiders. ENEMY continues along it’s moody, creepy drive towards it’s conclusion as the tenuous lines of reality continue to blue between Adam and Anthony. Reality is contingent upon one’s surroundings, the people in one’s life and one’s memories, yet what if all of that is ephemeral? What would you do if a few pieces were moved around and the things you always knew for certain began to erode? What exactly would you do if you met your double?

ENEMY along with the new Jesse Eisenberg film THE DOUBLE are part of a little mini-trend of doppelgänger cinema. Even the new Muppets movie has Kermit meeting his evil twin. Does any of this speak to some trend in current cinema and the post-Recession world most of us are still living in? Do we live in a totalitarian world whose complete grip on our imagination we fail to grasp? Director Denis Villeneuve has left ENEMY ambiguous enough that coupled with the truly WTF end-shot of the film will cause most filmmgoers to either love or hate this film. For this reviewer, I really enjoyed the whole ride even if some of it’s loftier conceits (i.e. totalitarian society) fail to pay off in the film. Gyllenhaal and Villenueve also worked together last year on the intense kidnapping film PRISONERS with Hugh Jackman. Here’s hoping that the two of them will continue to work together on more films like the run of Leo DiCaprio-Martin Scorsese pairings.

One Note – after you watch ENEMY you might want to revisit one of the film’s many fascinating posters, especially the one below as I feel it has all of the information you need to “understand” the movie. 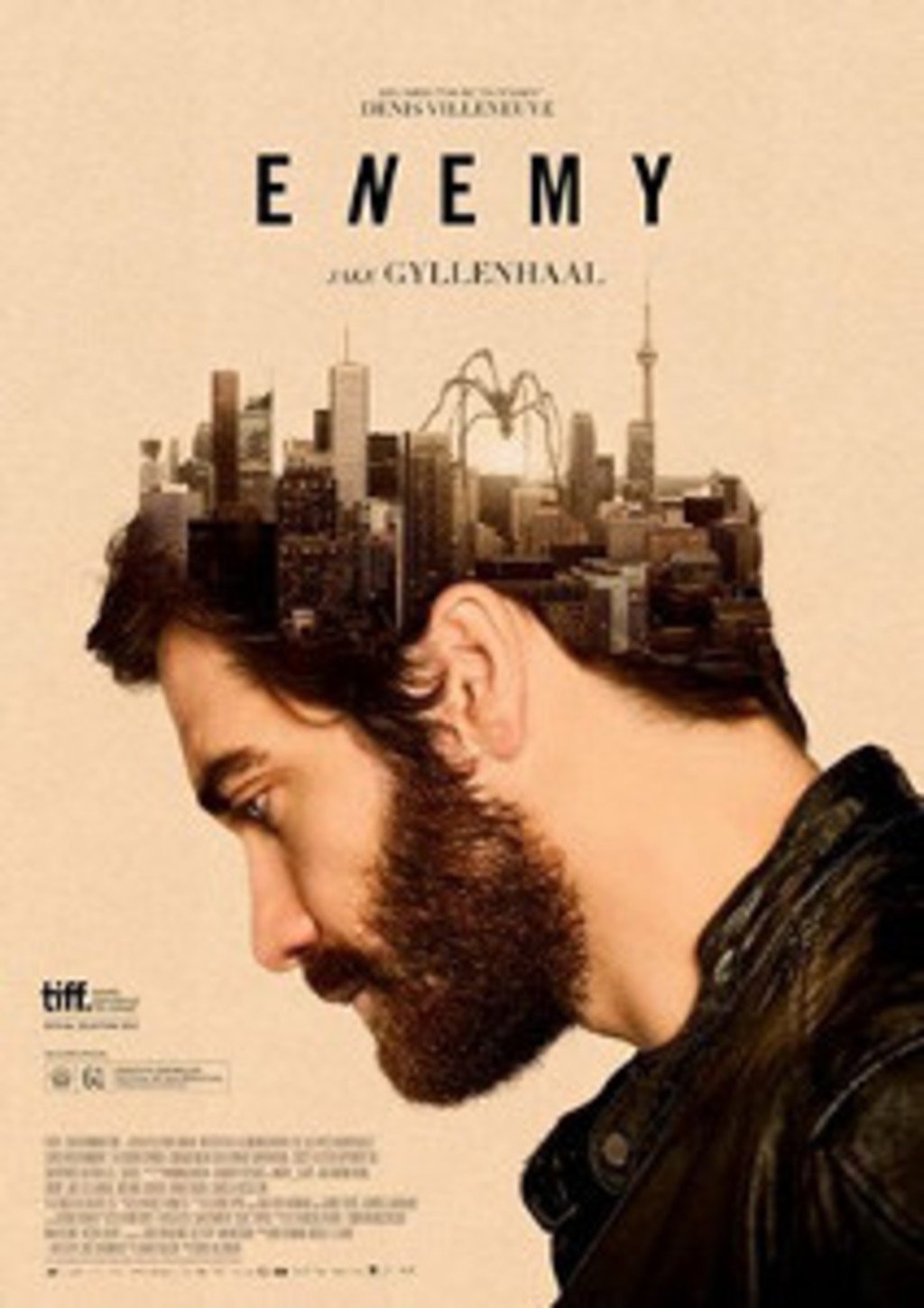 Another final note – if you do watch the movie and feel totally frustrated that loose ends were not tied up and you don’t feel everything made complete sense, then I refer you to this poignant tweet from Michael Sicinski: