Joseph Martinez is a Denver artist who has received national, critical acclaim for his beautifully intricate matchbook paintings. Soze Gallery out of Los Angelos approached Martinez at the beginning of 2014 to showcase his tiny portraits in a show aptly named Steady Hands, Blurry Vision. Denver is lucky enough to have his work featured regularly, including an upcoming show with fellow artist Jaime Molina to be announced a date falling in July of this year. Until then. here is a sampling of the most astounding of Joseph Martinez’s miniature masterpieces. 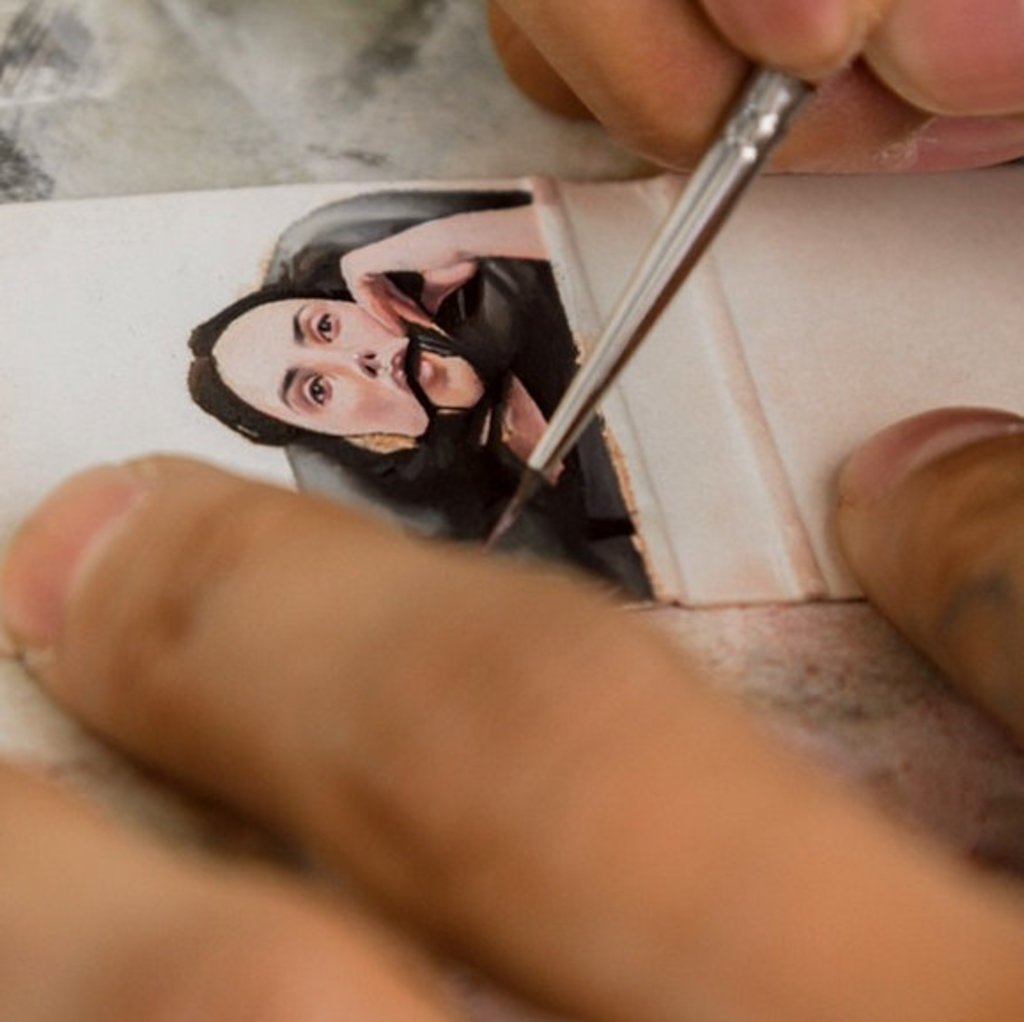 The show at Soze gallery is just one of many large scale celebrations of Martinez’s small scale art. Each of Martinez’s portraits are raw, unapologetic, and anything but understated. Each portrait is drenched in powerful emotion. On his Instagram @JosephMrtnz, you can see tons of his work going from large scale murals to the famed matchbook portraits and their process. No wonder major hitters like Huffington Post and Juxtapoz Magazine are scrambling to get to know Joseph Martinez. He has only just begun. 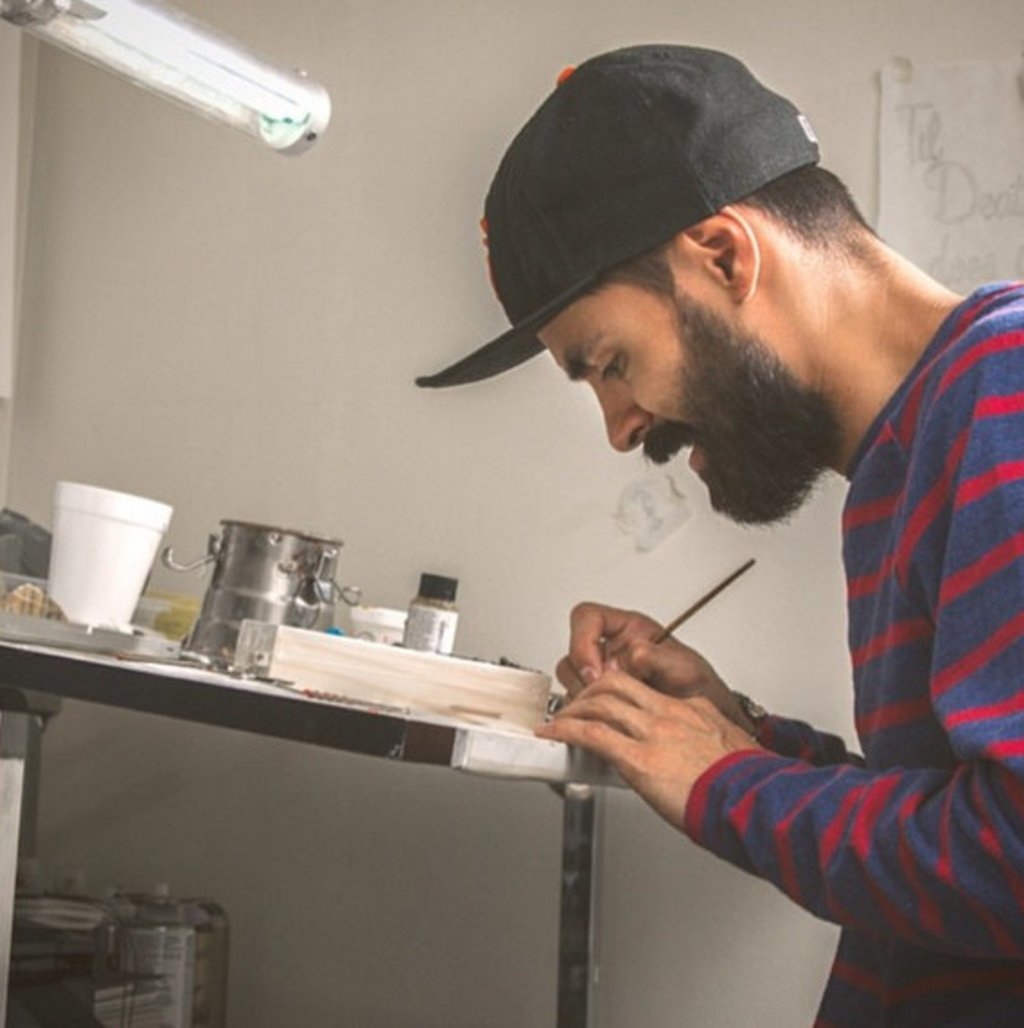 Martinez loves painting women, often nudes, focusing energy on the shadowing and complexities of the female anatomy. His work spans many modes past matchbooks. Martinez has been featured on 303 Magazine’s Concrete Canvas in the past. First, with a brilliant collaborative piece done with Jaime Molina and Pedro Barrios (Palabros) known as the New Belgium mural found on Larimer Street. Then, another Palabros trio collaboration on the dynamic Broadway Triangle Art Wall. 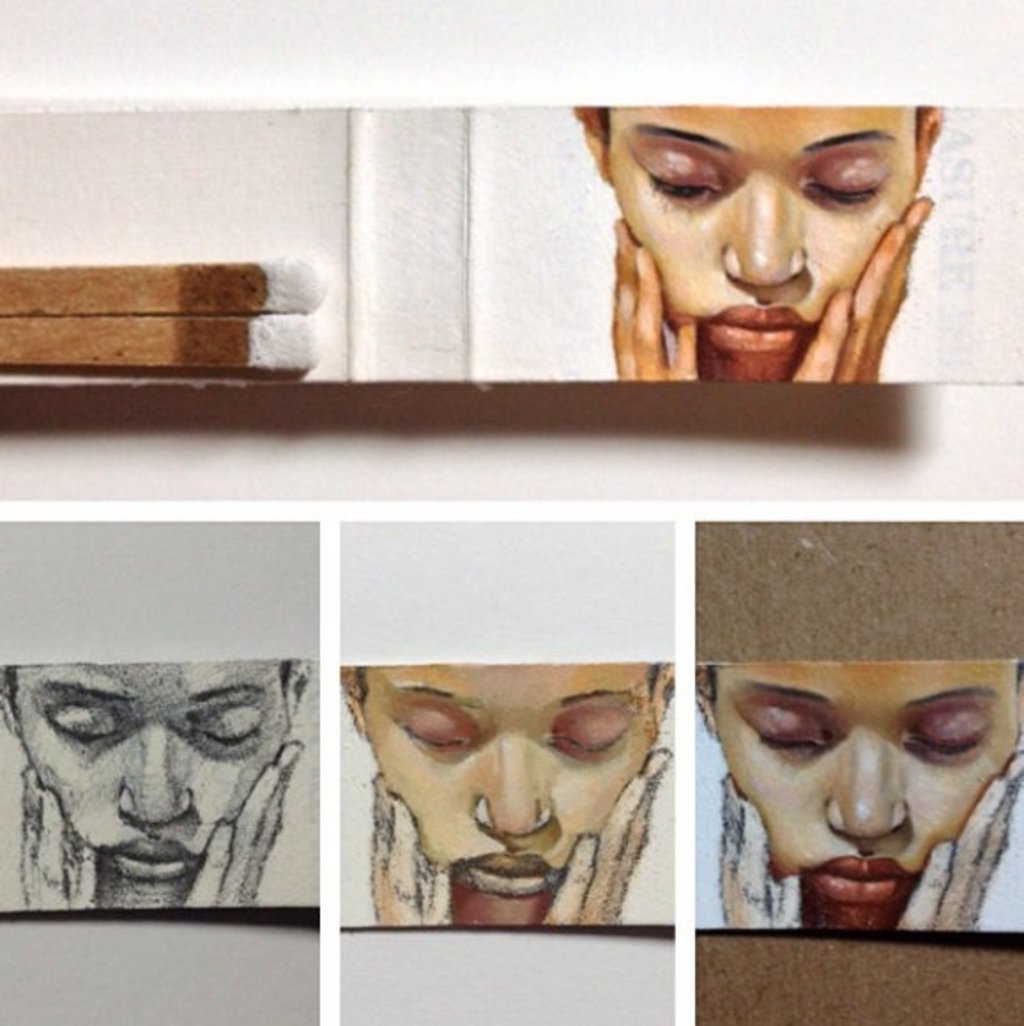 Joseph Martinez is a Denver original. He will push the limits, experimenting with wood canvases, money as collage, and many different modes. He is anything but limited to the matchbooks, yet the art enthusiast can’t help but be infatuated with their scale and beauty. 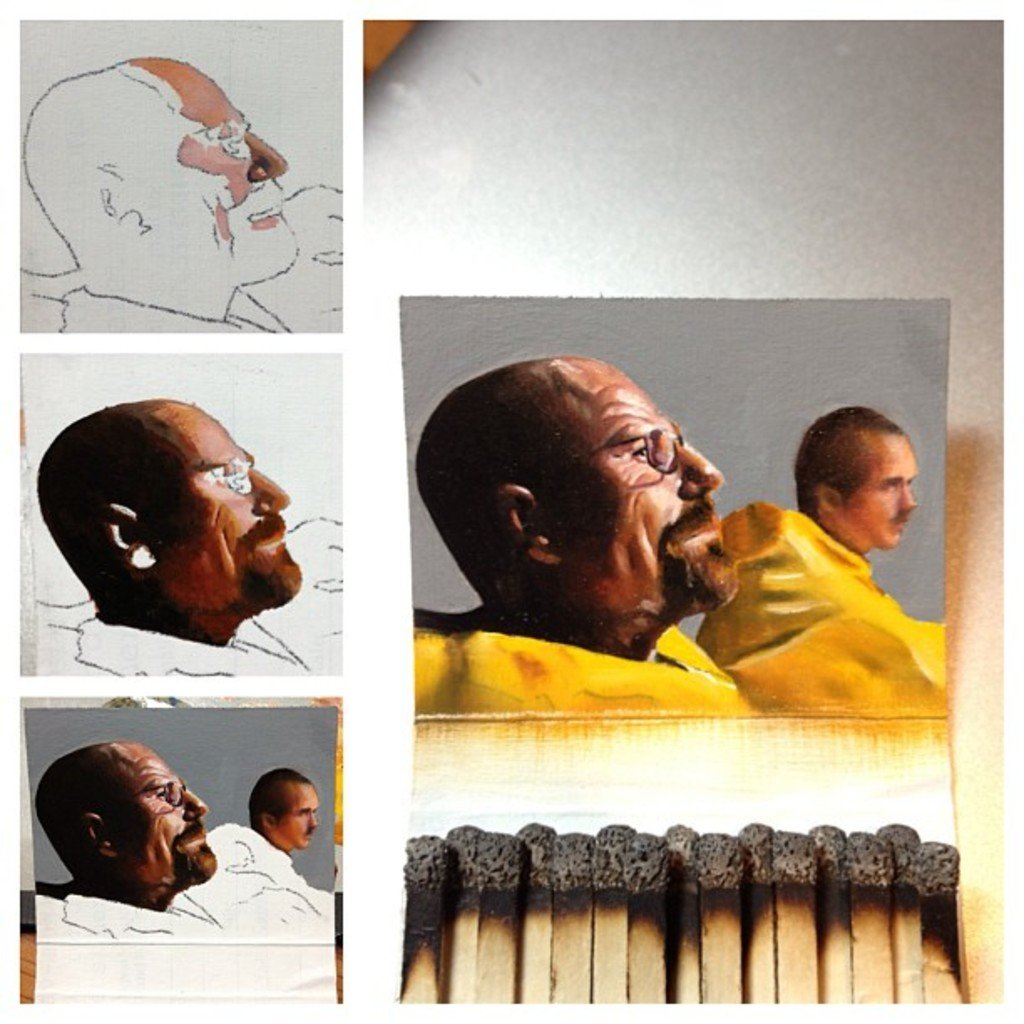 Joseph Martinez represents the big and small artist in the Denver scene. One whose talents cannot be properly seen on the 1inch by 1.5 inch scale. One of the challenges of doing a matchbook show is the size of the paintings. Soze and other galleries find a way to use the space for a dynamic, inviting, and still large-scale feel. Made easier by the larger-than-life talent displayed in each piece. 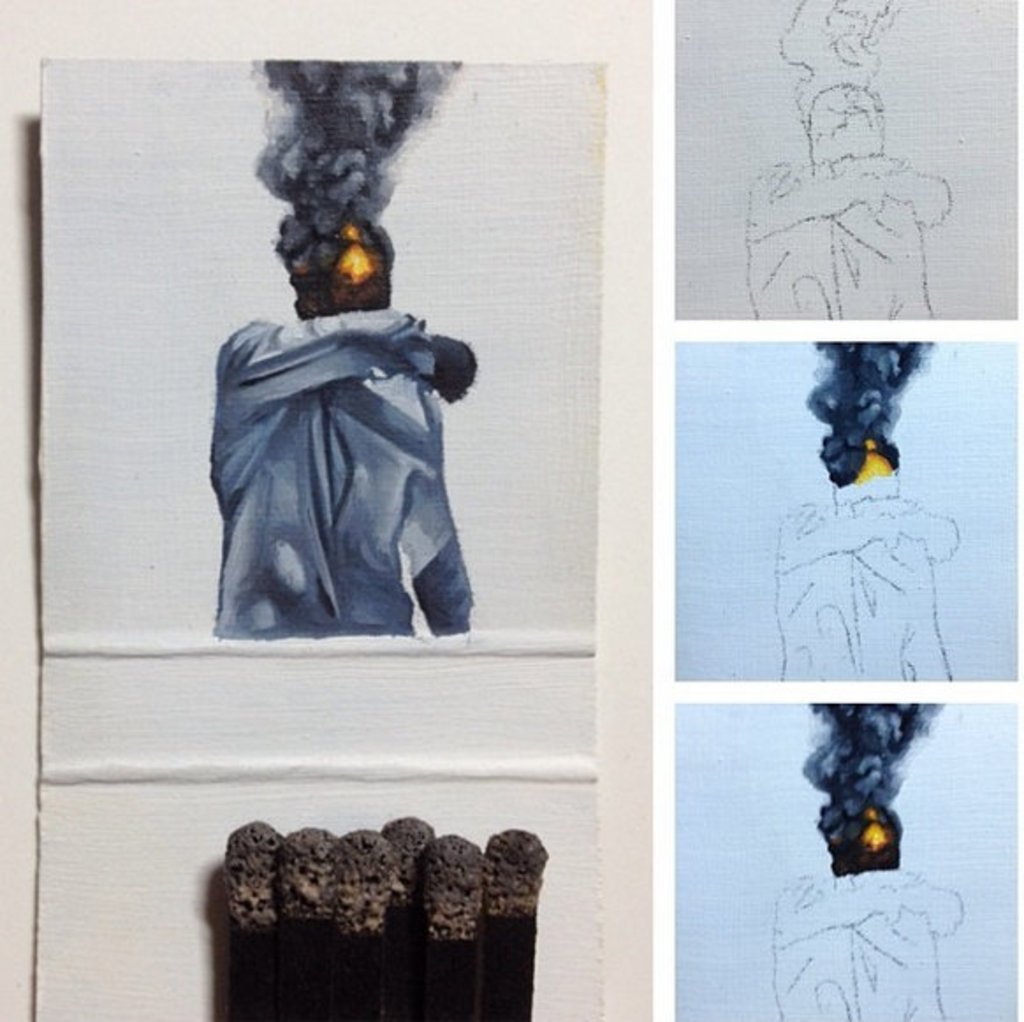 Follow Joseph Martinez on Facebook and Instagram to see more brilliant pieces and look for an announcement date of his July show with Jaime Molina at Blackbook Gallery. Check 303 Magazine’s Instagram for the most local Denver artist love all year long. 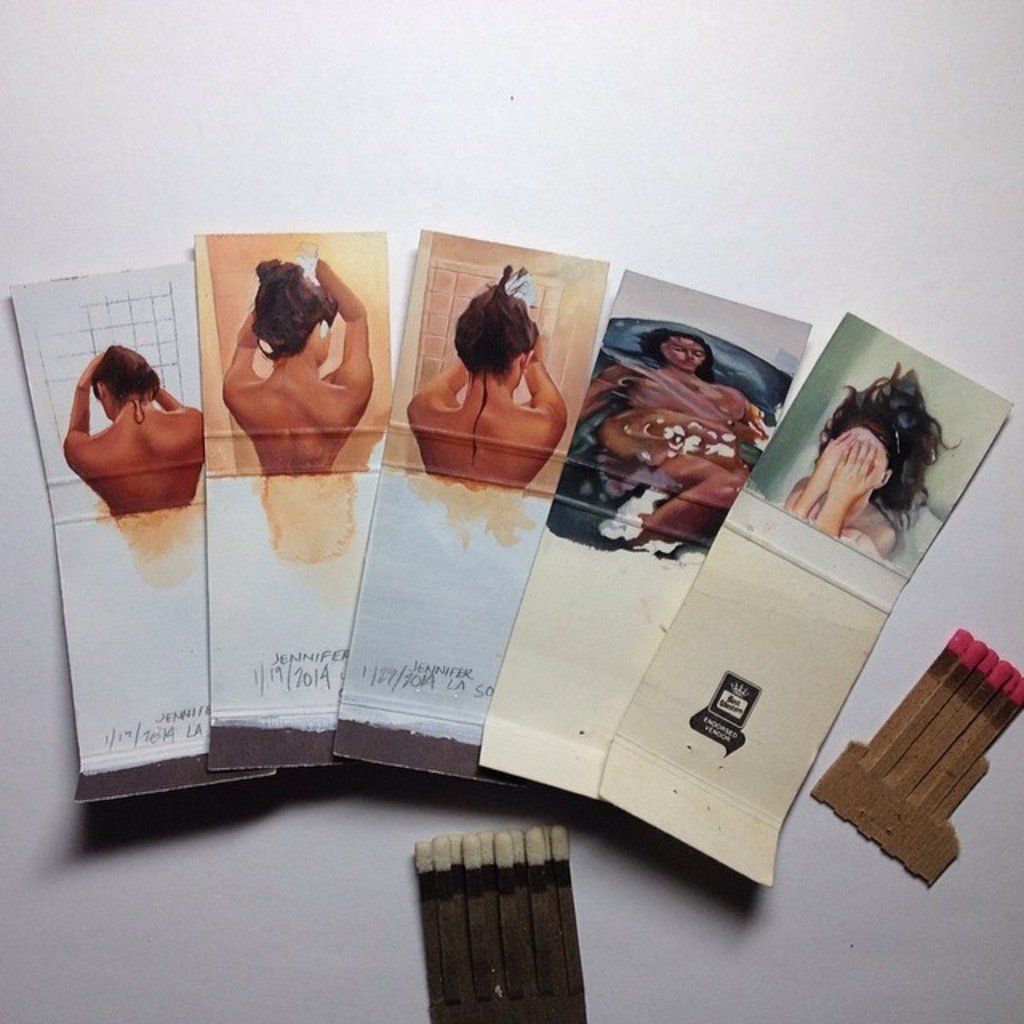