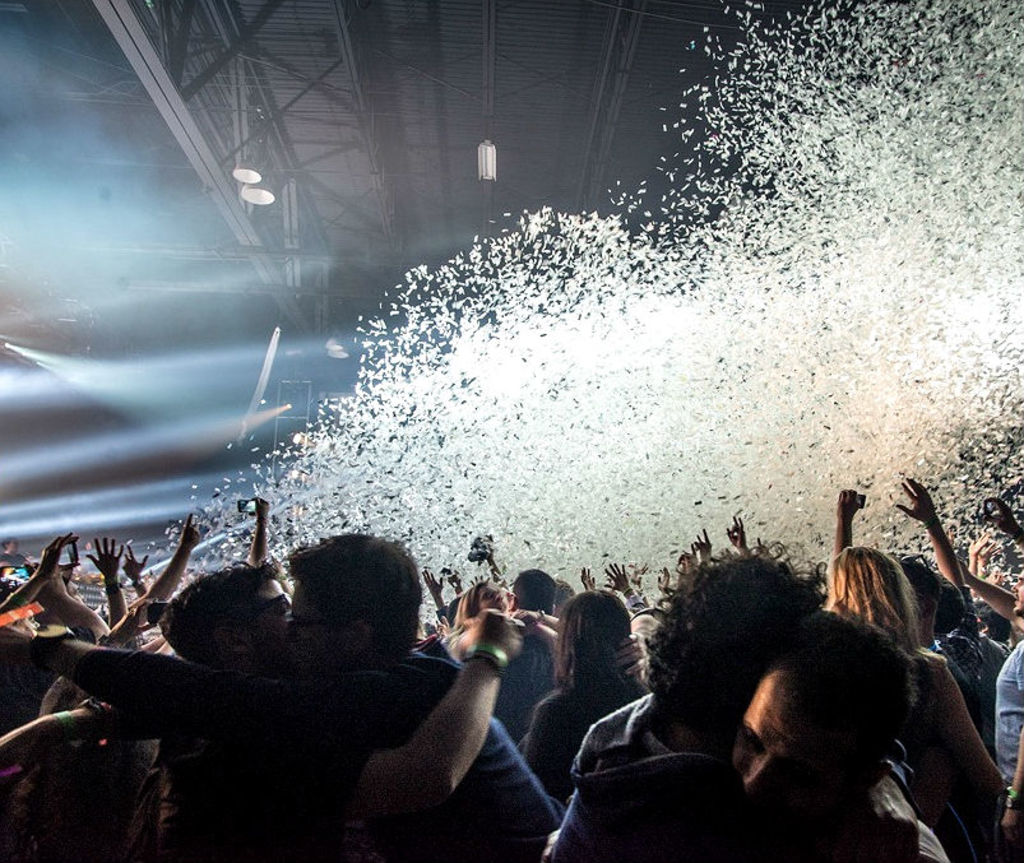 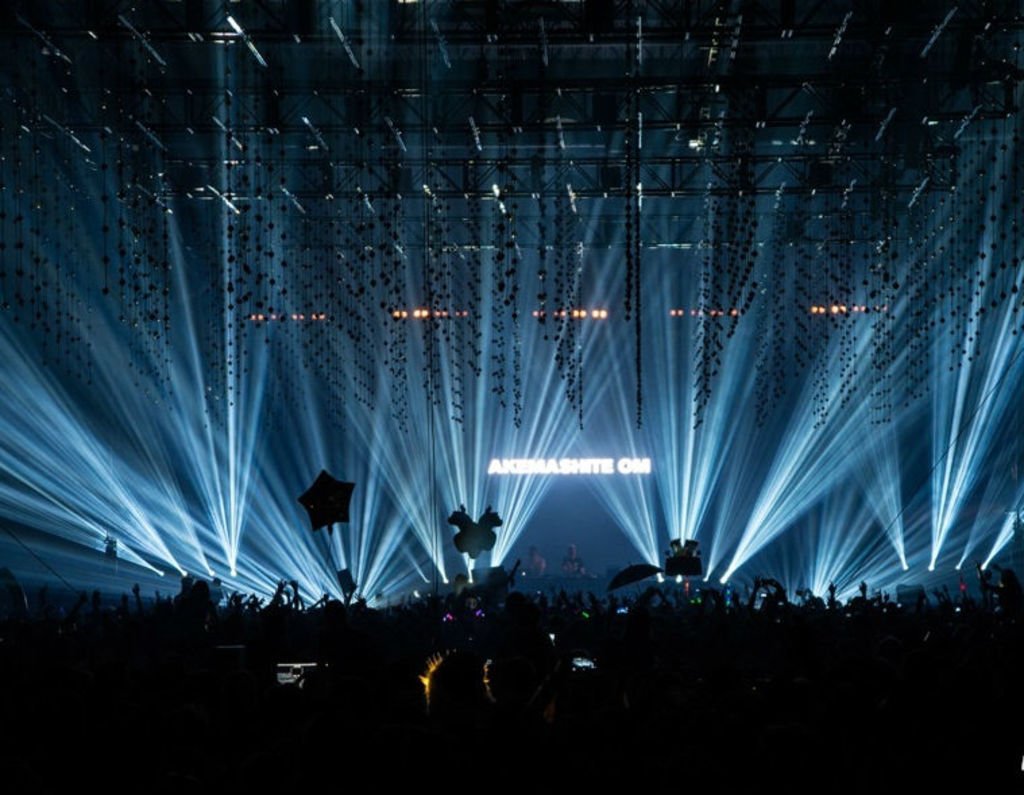 All photos by Eric Goita

Decadence NYE festival—dubbed the NYE party of the year—delivered on their promise to ring in the New Year with the biggest electronic acts known to man. Night two brought stellar performances from ODESZA,  Above & Beyond, Datsik, Pierce Fulton and much of the Pretty Lights Label family.  The show-stealing 3-hour set from the electro-soul pioneer himself Mr. Pretty Lights rang in our new year with an unparalleled energy and once again the Grammy-nominated producer called to attention the massive culture he’s created.

Datsik Tosses Down the Womp in Illumination

Datsik went on before the headlining NYE performance—his slamming drops welcomed by a restless crowd of stomping polar bears, swaying hula hoopers and dancing go-go girls. He flooded the Illumination arena with dubstep-laden hip-hop beats heavy on the electronic elements. It sounds a bit like I would imagine angry robots playing a heated game of pinball with DMX would sound like–in a good way. Datsik’s set undoubtedly left ears ringing for hours.

The whole scene mimicked the appearance of any ordinary EDM show—illuminating lasers, scantily clad youngsters in furry boots and lingerie, glow sticks flung into the smokey abyss—yet the holiday also brought into the Colorado Convention Center EDM newbies, fans from around the country and canoodling couples.

Meanwhile 21-year-old dance-favorite Pierce Fulton sent house-lovers jumping to the roof, climbing deeper and deeper into the realm of progressive house music. Female vocals showered the psyched crowd of deep-housers, blanketing them in a melodic haze of twisting chords and piercing pick-ups.

Confetti shot from the stage and continued to swirl in the puffs of air created by the dancing the humans below. Behind Fulton, the screen flashed different color variations of the phrase “Get Weird,” sending the frenzied crowd into shrill howls.

Between sets, people lined up at the free water stations to hydrate before the next set. The bathroom lines were manageable, venue security was helpful and friendly, drinks readily available, pinball machines brought many gamers joy and the arenas were decorated to perfection. 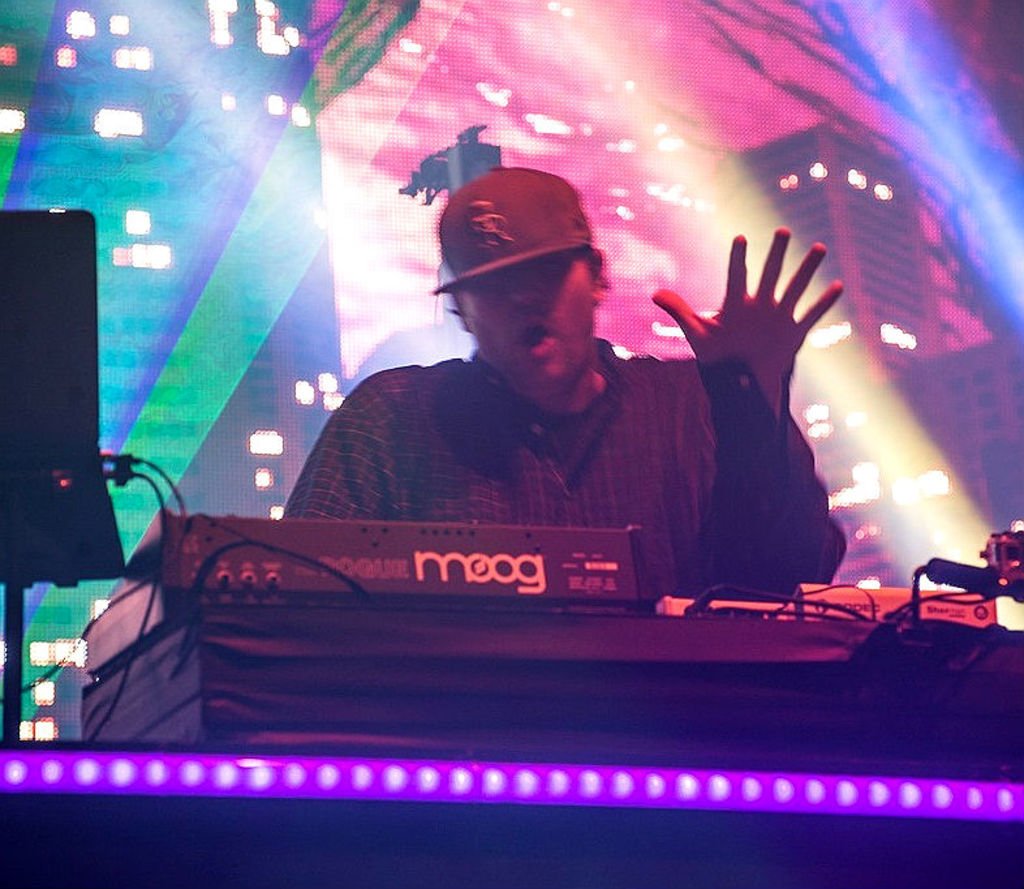 In my humble opinion, this set was the best of both nights. I may be biased to the soul-infused electronic, but it speaks to the heart. Pretty Lights–aka Derek Vincent Smith–brought along the live band of drums, horns and keyboards, rounding out the 2013 A Color Map of the Sun tour.

The intensity climbed as the gang rang in 2014 with all—and I mean all—of the Pretty Lights hits the crowd desired. Many of these were noticeably absent during Smith’s December 6th show at the Odgen–a show with which many were surprisingly disappointed considering Smith’s usual show-stopping energy. (My Review Here)

But NYE, a spirited Smith threw down popular firecrackers including personal favorites: “Hot Like Sauce,” High School Art Class” and “Let’s Get Busy,” causing foot stomps and hollers from an effortlessly excitable crowd. The blaring horns courtesy of Scott Flynn and Eric Bloom on “High School Art Class” trumped any brass sounds I’ve heard in a long while.

When Smith did slow it down for softer, more nostalgic tracks like “Yellow Bird” couples pulled one another close, singles swayed and the atmosphere sparkled with now-legal puffs of marijuana smoke. Smith lovingly dedicated the hauntingly beautiful “We Must Go On,” to longtime girlfriend and creative director of Pretty Lights, Krystle Blackburn, who can be seen scurrying about nearly every Pretty Lights show, snapping pictures and taking videos that consistently drive the amazing creative direction the music seems to be taking.

This one goes out to the love of my life. 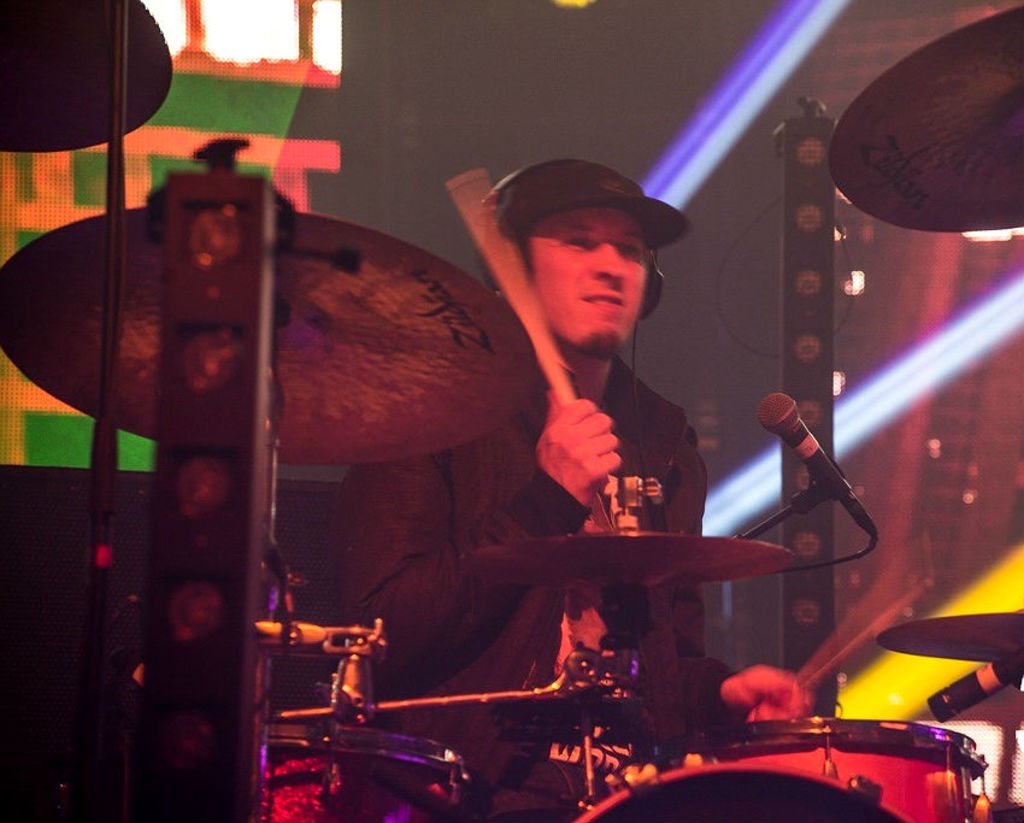 The breathtaking video for the track was shot together by Smith and Blackburn during a 2011 tour. Images of real people and entities of the natural world were edited and accelerated to create a time-lapse look into the soul of life.

The visuals playing on the ample amount of massive screens throughout the arena were a true testament to the beauty Smith and Co. infuse into the Pretty Lights music and videos, putting a tangible passion back into an industry that often thrives on hollow build-ups and bass drops.

Midnight struck and the screens morphed into twin Colorado flags, paying homage to Smith’s roots. The fans clutched to this love and pride, sharing the beauty of happiness with friends and strangers. A girl urged the fellow show-goers around her to take turns standing on her chair wearing 3-D glasses, augmenting the brilliance of the flickering lights. 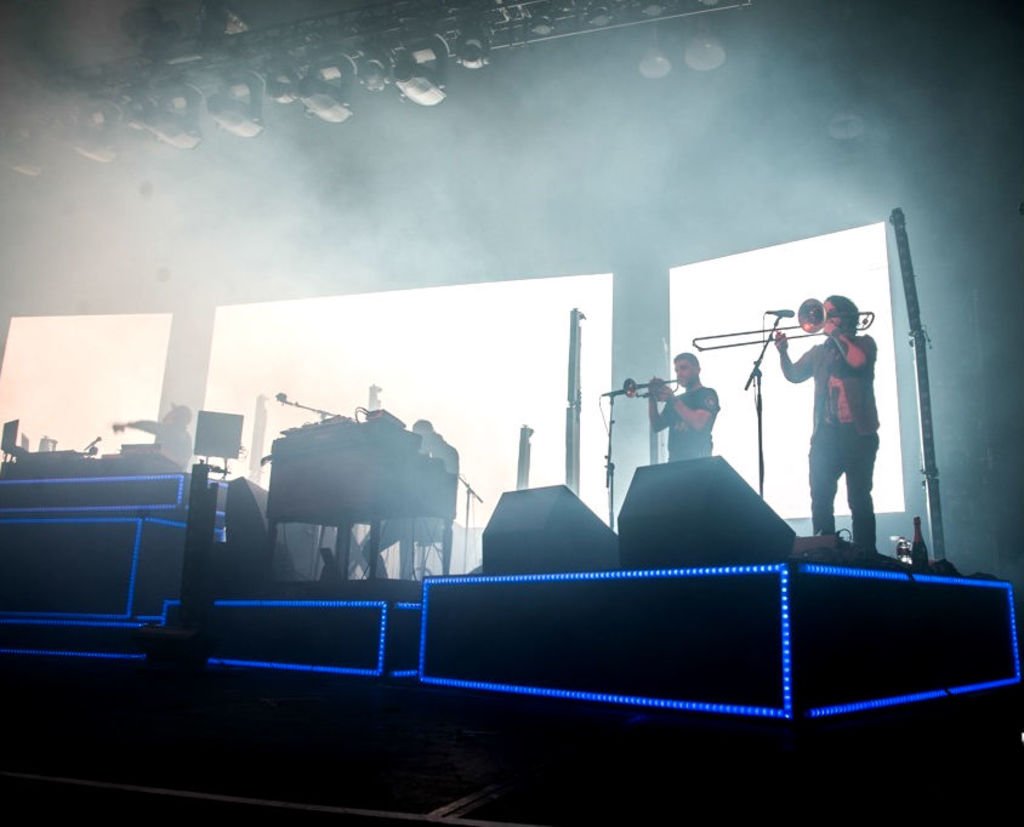 The experimental Pretty Lights act slammed down the elusive banger “I Know the Truth,” looping in a slower track, and then circling back around to the iconic song. The show ended as hordes of people with smiles stretched taut across their faces scrambled out of the Convention Center, while others stood to relish in the coming of a bright new year… or to track down displaced members of their group.

The lights were pretty, the sound rang clear, the fans relished in an epic year for electronic music and we all shared a monumental night of Decadence NYE 2013. Only complaint? The inexplicable confiscation of my chapstick by security.

All photos in this article by 303 Magazine‘s own Eric Goita. To see more phenomenal photos from night two of Decadence shot by the talented Eric go here. 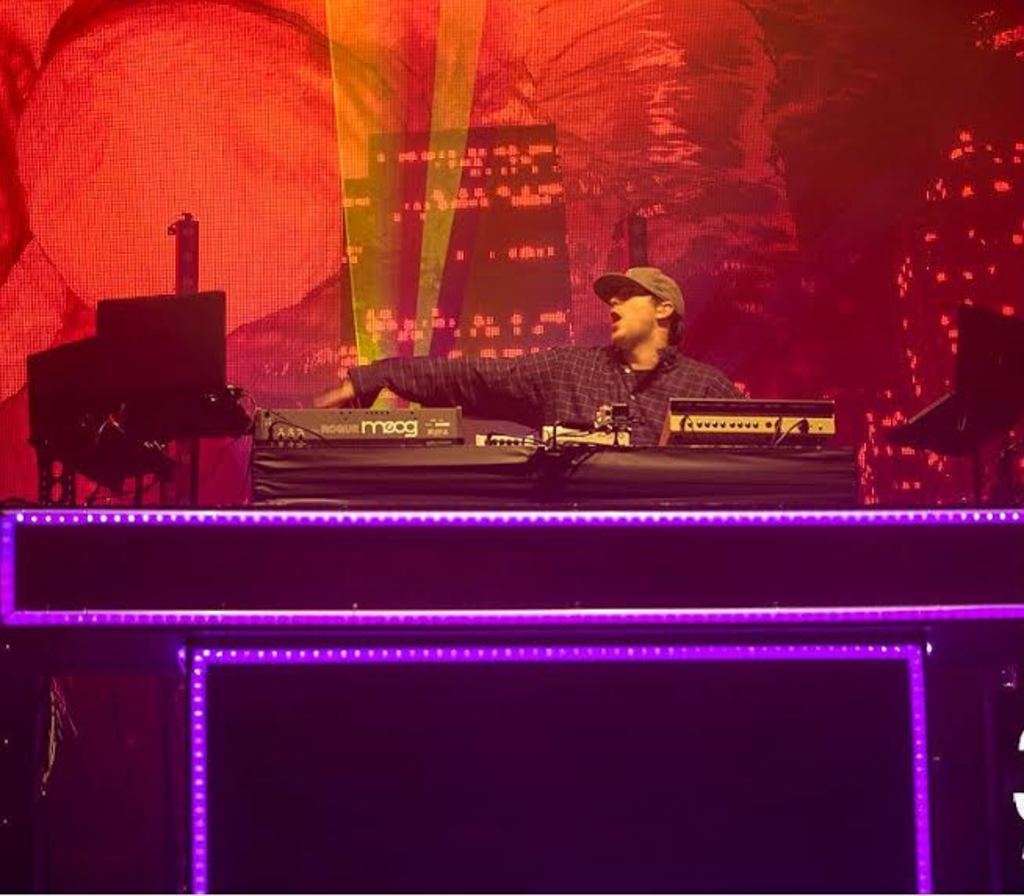