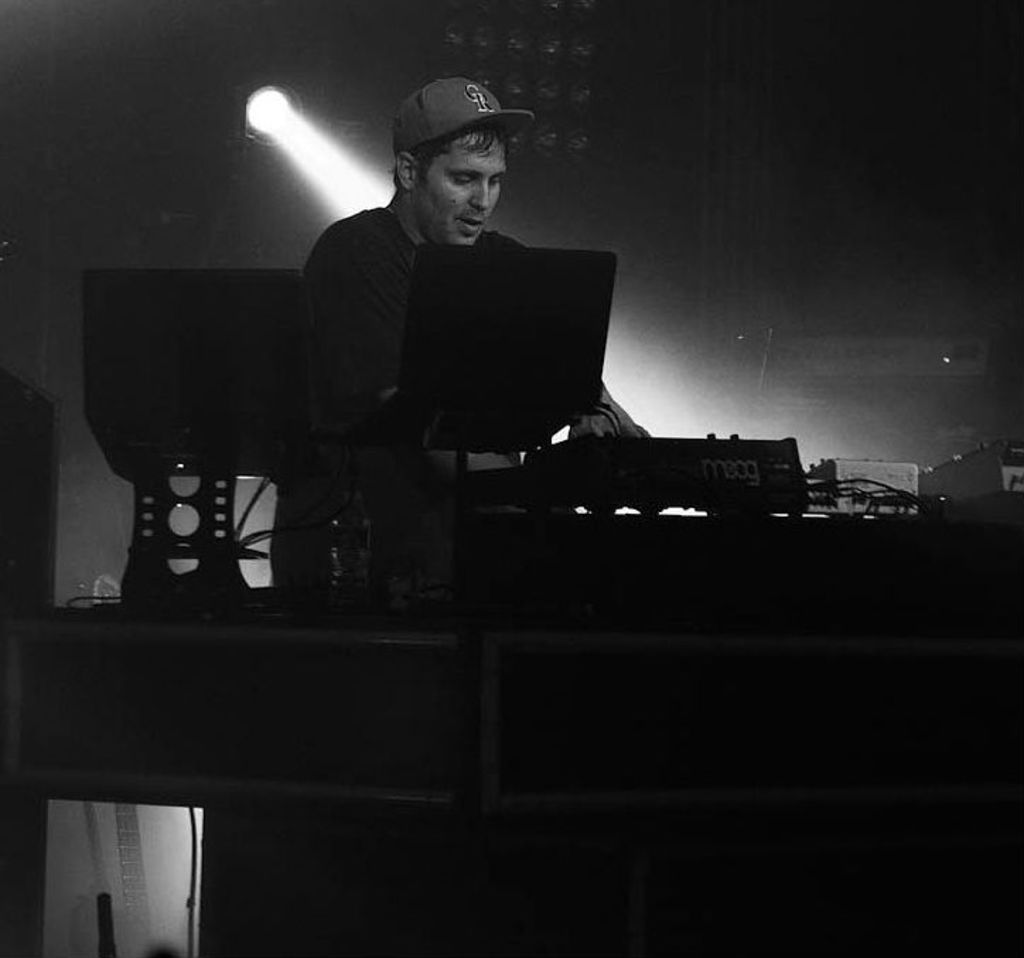 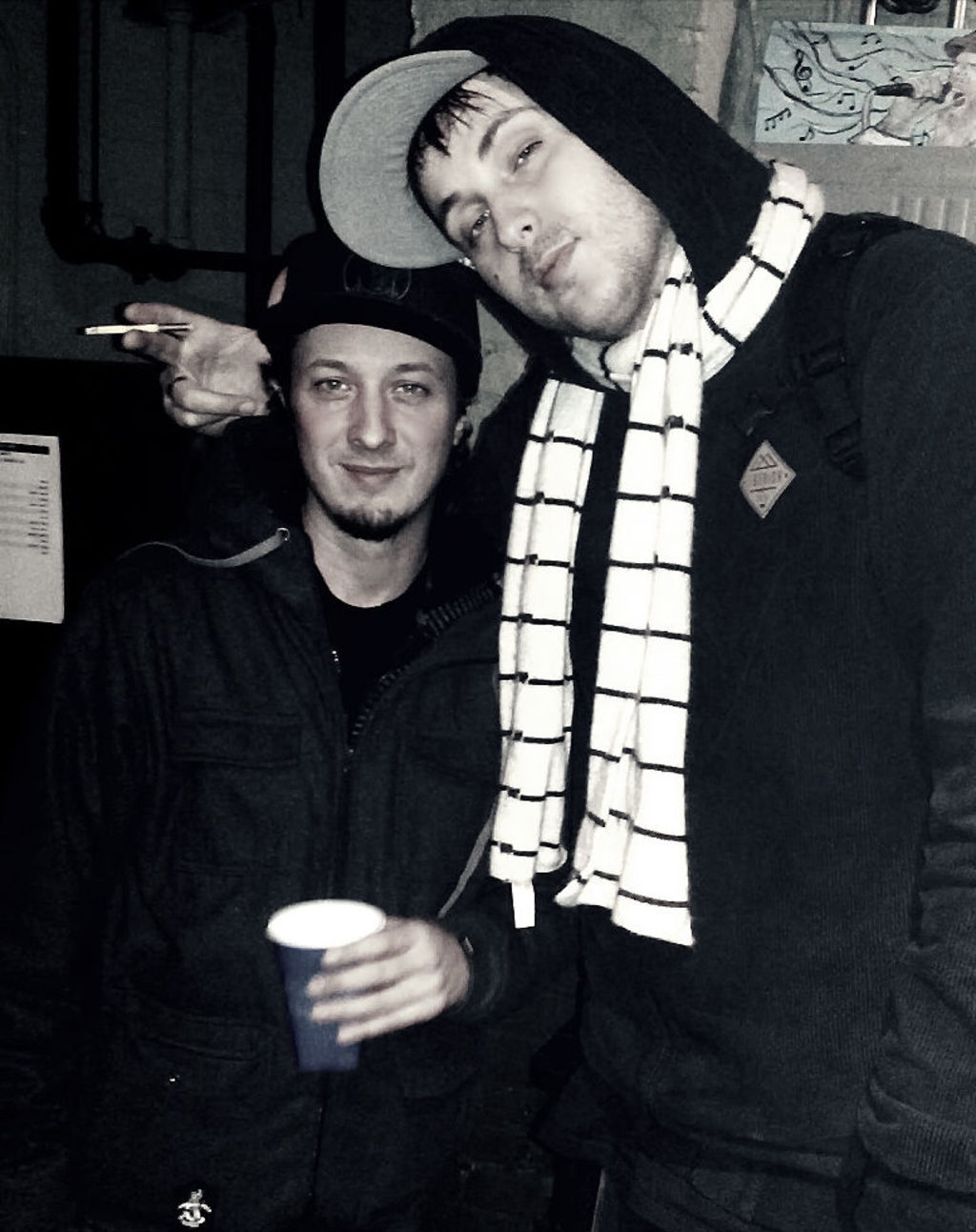 It was quite apparent Thursday night that Derek Vincent Smith—better known as producer Pretty Lights—has created something much bigger than himself or even his moniker. Many would even say something much brighter than the thousands of flashing lasers that spread through a hazy, herb-infused fog.

He’s created a culture—a world of PL megafans so large, yet so connected that they’ve become less like fans and more like family. The wildly successful Analog Future tour rounded out its stops last Thursday at the Ogden Theatre, coming full-circle to end where it all began—Denver, Colorado.

The crowds amassed outside the Ogden Theatre early Thursday night as PLF—or Pretty Lights Family—members gathered to wait in line in the freezing cold to get a coveted spot on the floor. PL Illuminators scurried about promoting both the music and the community while impressively remaining 100% sober.

Backstage, the vibe was laid back if not a little sentimental. Derek’s little brother was celebrating a birthday and the whole family was in attendance to open presents before the show. Derek’s gift? Beat making software, of course. “Now you can make beats like your brother,” someone said.

Ha! This man already makes sick beats. This will just make him even better.

Adam Deitch–renown drummer and member of  both Break Science and funk group Lettuce–and girlfriend Carla Andis chatted about the bittersweet end to the tour.

“I’m excited to finally go home but it’s kind of sad watching it all end. We’ve become such a great family while on the (Analog Future) tour, I’ll miss being around these great people all the time,” Deitch said.

“Yeah, it’s been awesome. For Thanksgiving we were all in San Francisco without our families so Derek somehow got this restaurant to open up for us and everyone—the band, the crew everyone—had this super nice thanksgiving dinner. It was amazing,” Carla added.

And his plans seem to be paying off. The Analog Future Tour was a huge success, packing most venues and selling out in most cities. The tour celebrated Derek’s most recent and comprehensive album to date, A Color Map of the Sun, which chronicles the musical transition of his earlier workings into something less about heavy bass drops and more about real music—each track was built from the ground up using real musicians and real instruments. 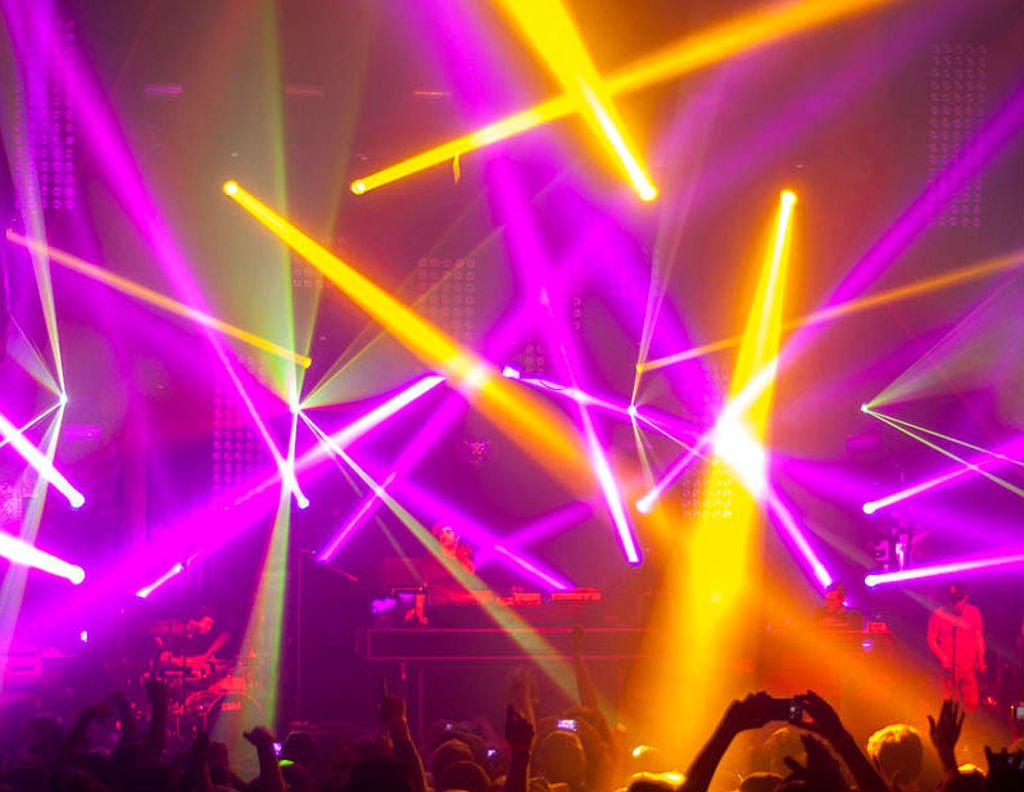 A visibly tour-worn Derek sat on the couch as a man entered to hand out perfectly rolled blunts and joints hanging from lanyards. Derek was handed a golden cigarette, stood and thanked everyone for an amazing tour.

“I can’t believe this is the end. It’s been a great fucking ride and I couldn’t ask for a better group of people. The band, the crew, everyone—you guys are the best,” he said before sparking up his gold-wrapped cigarette.

Meanwhile a jam-packed Ogden got down to sets from awesome opening acts Mikey Thunder and DJ Ginger Perry. Finally, it was time for Pretty Lights. The crowd erupted in frenzied shrieks that didn’t seem to die down the entirety of the show. Clouds of smoke meshed with the fog machine as he stepped up to the booth.

Colorado! You’ve been in it from step fuckin’ one!

The hometown fans erupted in euphoric cheers as Pretty Lights paid homage to those that remember seeing him when his laser light production was still in the single digits. The band took their places and a vibrant kaleidoscope of lights cued up the first track, “I Can See it in Your Face.”

The rest of the night seemed more like a long lucid dream, with less of the Pretty Lights bass drops he’s known for and more of a subdued, wistful vibe with low, deep rumbles fighting off the inertia of a slowed tempo. A remixed arrangement of fan favorite “Samso” and the break-out single from A Color Map of the Sun, “Around the Block,” elicited positive responses from the audience.

In true Pretty Lights fashion, Derek played far beyond a 90-minute set, ending the closing show around 2am. Together, the Pretty Lights Live Band and the crowd at the Ogden Theatre relished in the nostalgia of the end of a remarkable tour that symbolized only the beginning of an even brighter future for the entity that is Pretty Lights.

Pretty Lights’ fans undoubtedly welcome the unknown ride ahead, which as of last week includes the release of a remixed version of A Color Map of the Sun as well as a Grammy nod for ACMOTS  in the “Best Dance/ Electronica album” category alongside Daft Punk, Disclosure and Kaskade–not bad for an independent artist that’s doing things his way.