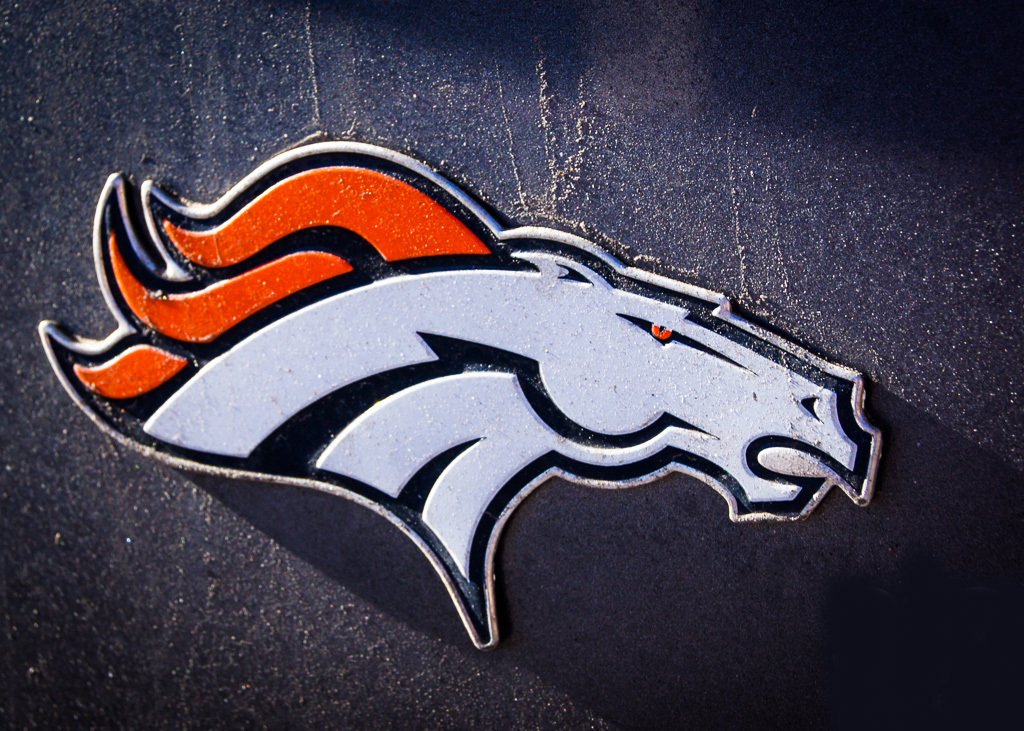 Time to Ride: 8 Reasons Why The Denver Broncos Should Win The Super Bowl

With a defiant 26-16 win over the New England Patriots, the Denver Broncos clinch the AFC Championship title and a ticket to MetLife Stadium for Super Bowl XLVIII. Here are 8 reasons why 303 Magazine thinks our boys in orange ought to win this year’s big game.

It has been 15 years since Denver has brought home a shiny new Vince Lombardi Trophy. Loyal fans have sweated through post-Elway eras of mediocre seasons. No one has endured the dry spell more than cornerback Champ Bailey, who will be attending his first Super Bowl after a 15 year NFL career. After one of the greatest regular-seasons of all time, Broncos fans are ready to bring home all the cookies. Two time super bowl champion and Broncos Ring of Fame inductee, Rod Smith agrees. In a recent interview he was quoted saying: “Honestly, it’s their time. It’s time for this organization to get back on top.”

Does this even need an explanation? Just two years ago, it was unsure if Peyton Manning would ever throw another NFL pass. During this 2013 season he surpassed Tom Brady’s record for the most single season touchdown passes. Now as a Bronco, his legacy will include a third appearance in the Super Bowl. It is no shock that Manning is the most beloved quarterback Denver has seen since John Elway.

3. Is there a Record for the Most Records Broken? 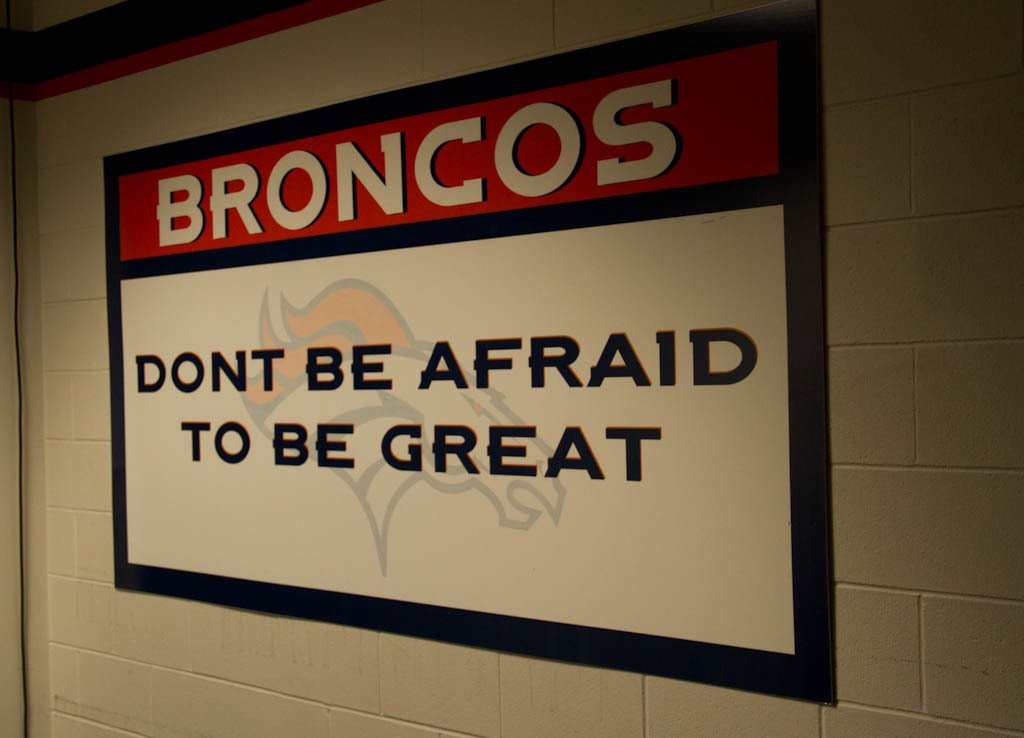 Photo from the Denver Broncos Crush Night Out for women. Photo by Crystal Rhea.

Were we the only ones who lost track of how many records the Broncos broke this season? Finishing with a 13-3 record — the best regular-season deserves the best post-season. Many analysts argue that at the end of the season there is 1 team that had a successful season and 31 failures. Whether or not you agree with that statement getting that “W” on February 1st would be the cherry on top of a sweet season for the books. 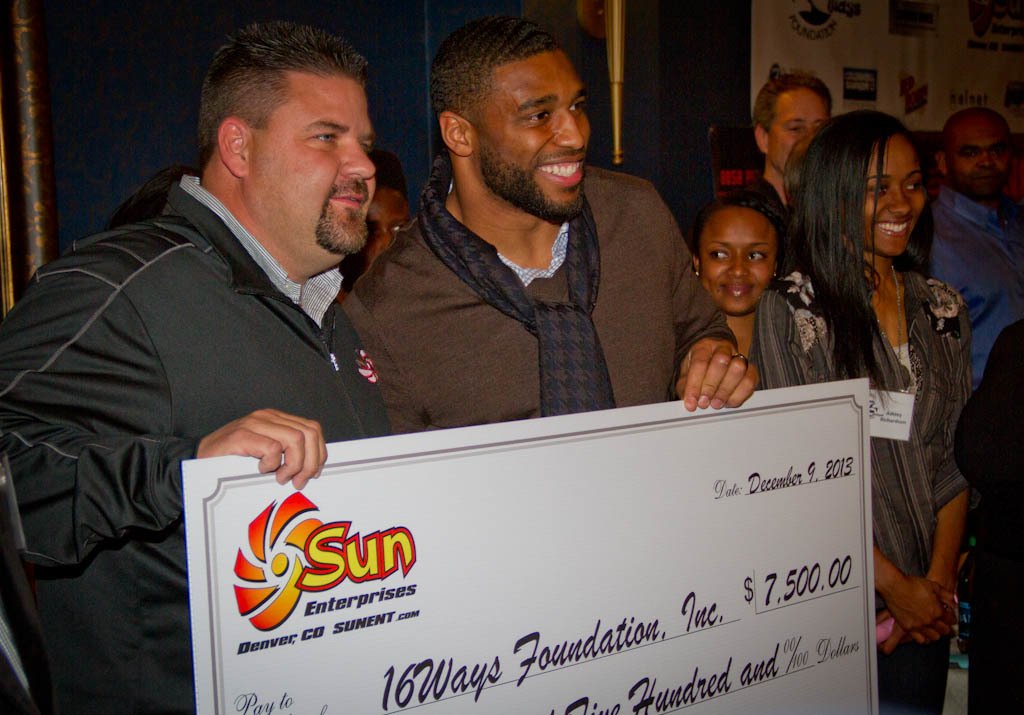 Photo from the 16 Ways Toy Drive. Photo by Crystal Rhea.

Not only are the Broncos’ stars on the field, but are also leaders in the community. Von Miller’s Von’s Vision Organization, Zane Beadles’ Parade Foundation, and Wesley Woodyard’s 16 Ways Foundation are just a few player charity organizations that 303 Magazine has provided exclusive coverage of this season.

Not to mention, none of our post-game interviews included  questionable gang-slurs at opposing “sorry receivers”… 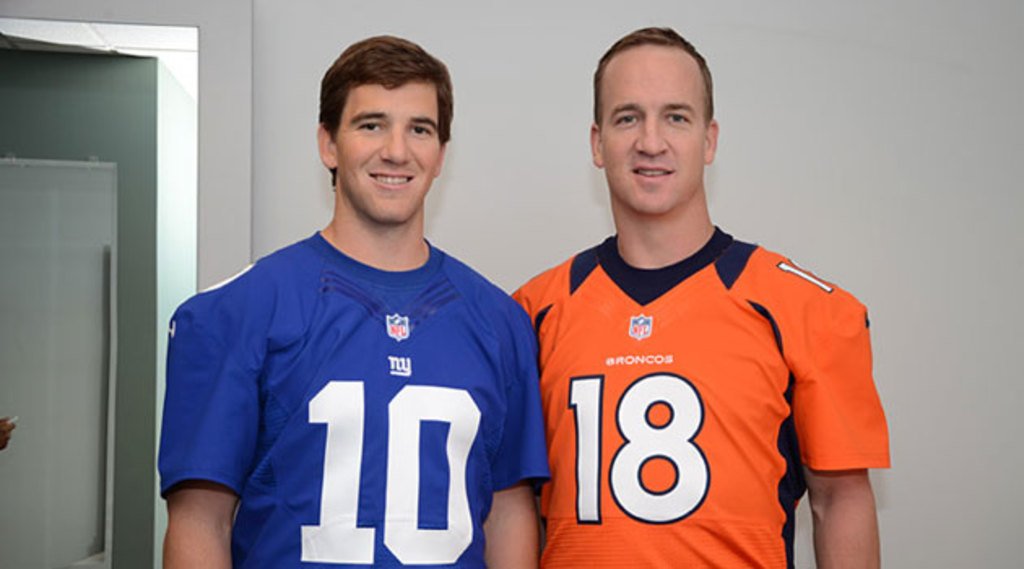 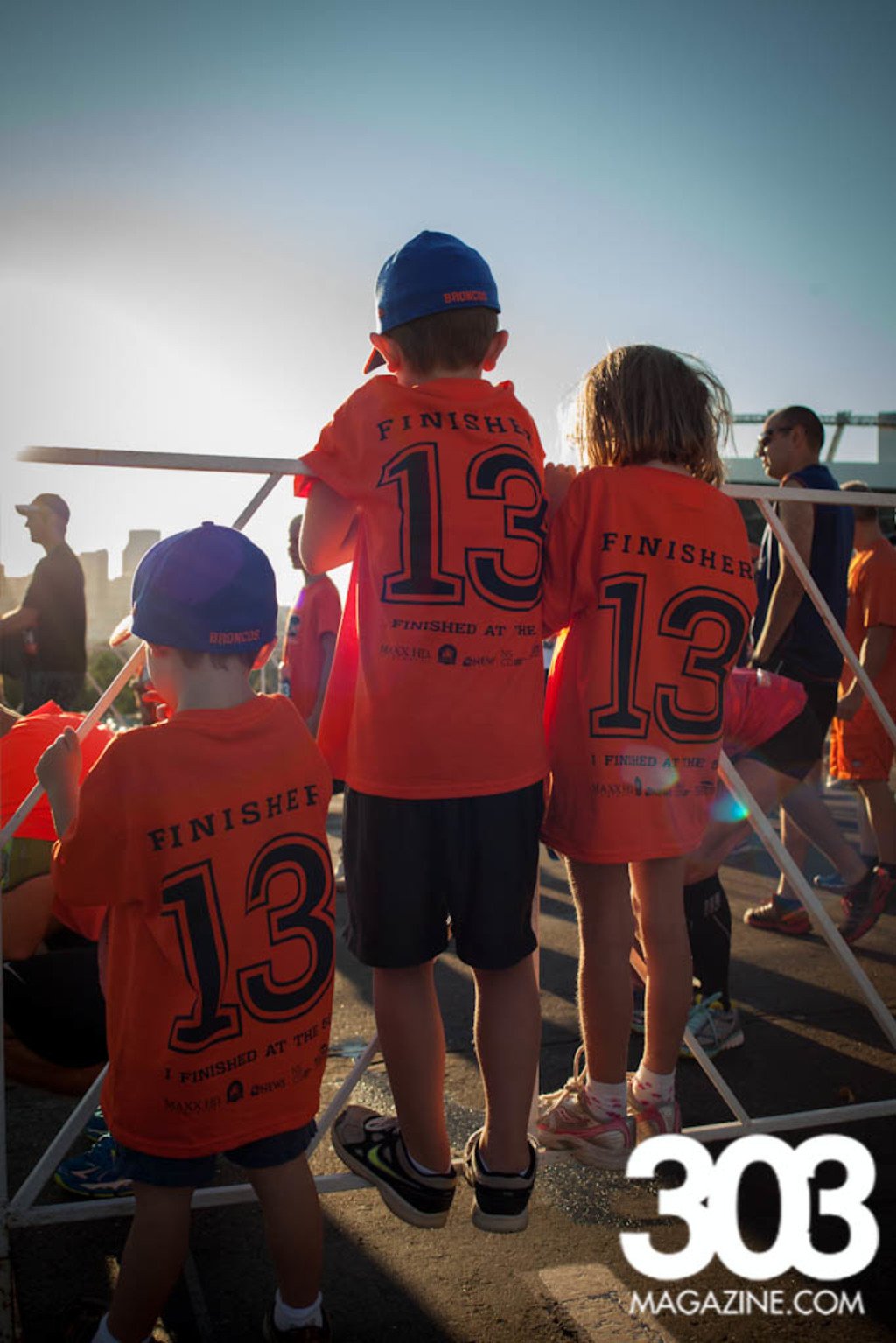 Photo from the Broncos Back To Football Run Series. Photo by Jacqueline Collins.

Overcoming some obstacles is an understatement headline for this Broncos season. Always looking to the next game it is easy to forget some of the trials and tribulations that was the 2013 regular season: the suspension of executives Matt Russell and Tom Heckert for DUI’s, the suspension of linebacker Von Miller, the mid-season heart surgery of head coach John Fox with a brief interim by Jack Del Rio, and defensive end Derek Wolfe going to the hospital with seizure-like symptoms. These are just a few examples of national headlines that brought some non-football spotlight attention to Denver. Approaching every obstacle with a no distraction type concentration has kept the team focused on the most important task ahead, the next game.

7. We have the Best Fans in the NFL 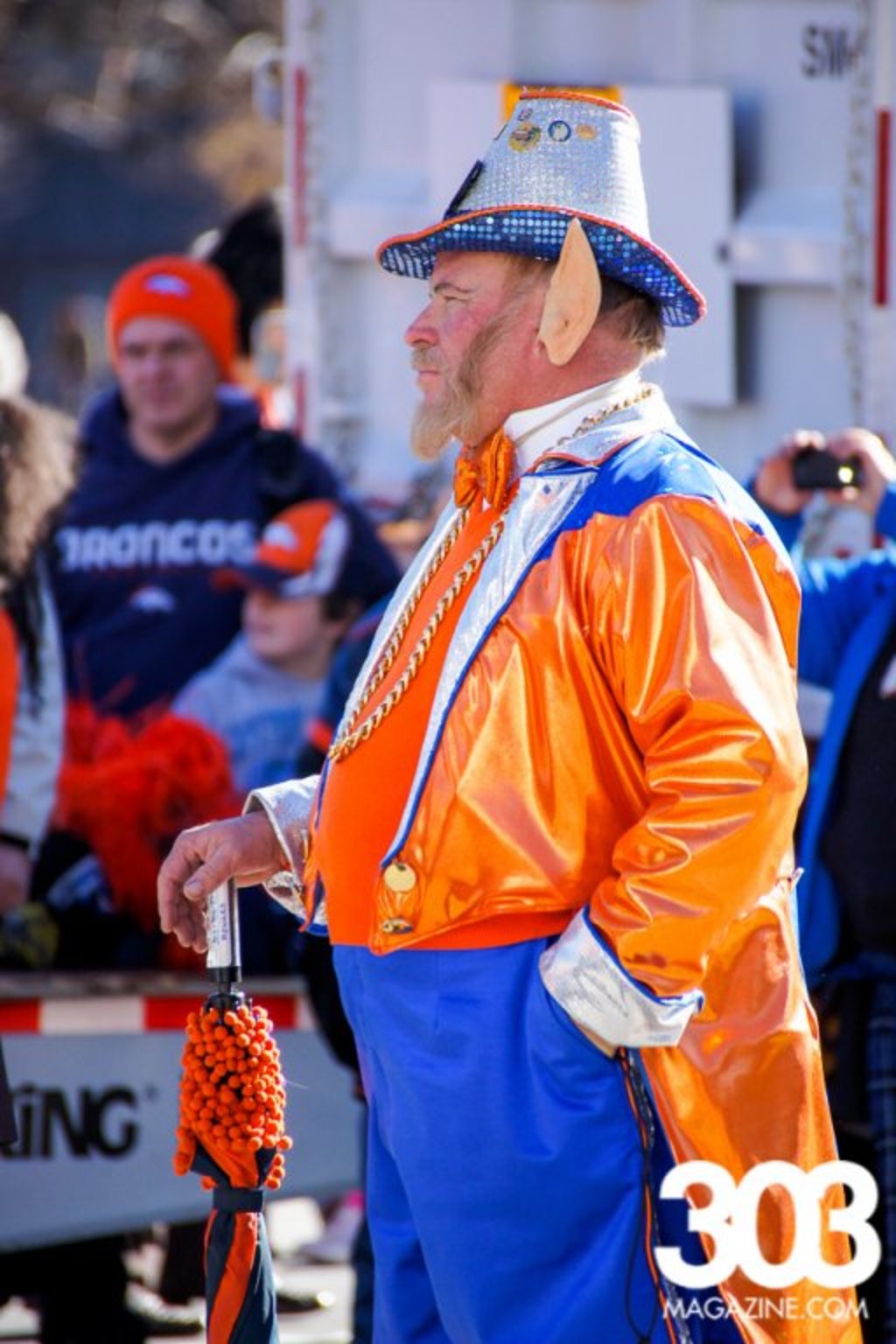 Photo by Rhonda Depalma. Click here for a full event gallery of United In Orange Friday.

Call us biased, call us orange obsessed, as long as you call us #UnitedInOrange we won’t complain. But the facts don’t lie, according to a recent poll the Denver Broncos surpassed the Dallas Cowboys as “America’s Team.” The entire state of Colorado rallies around our boys of fall, bringing the best 12th man home field advantage to every Sports Authority Field game.

8. Because the Broncos are Tough as Nails 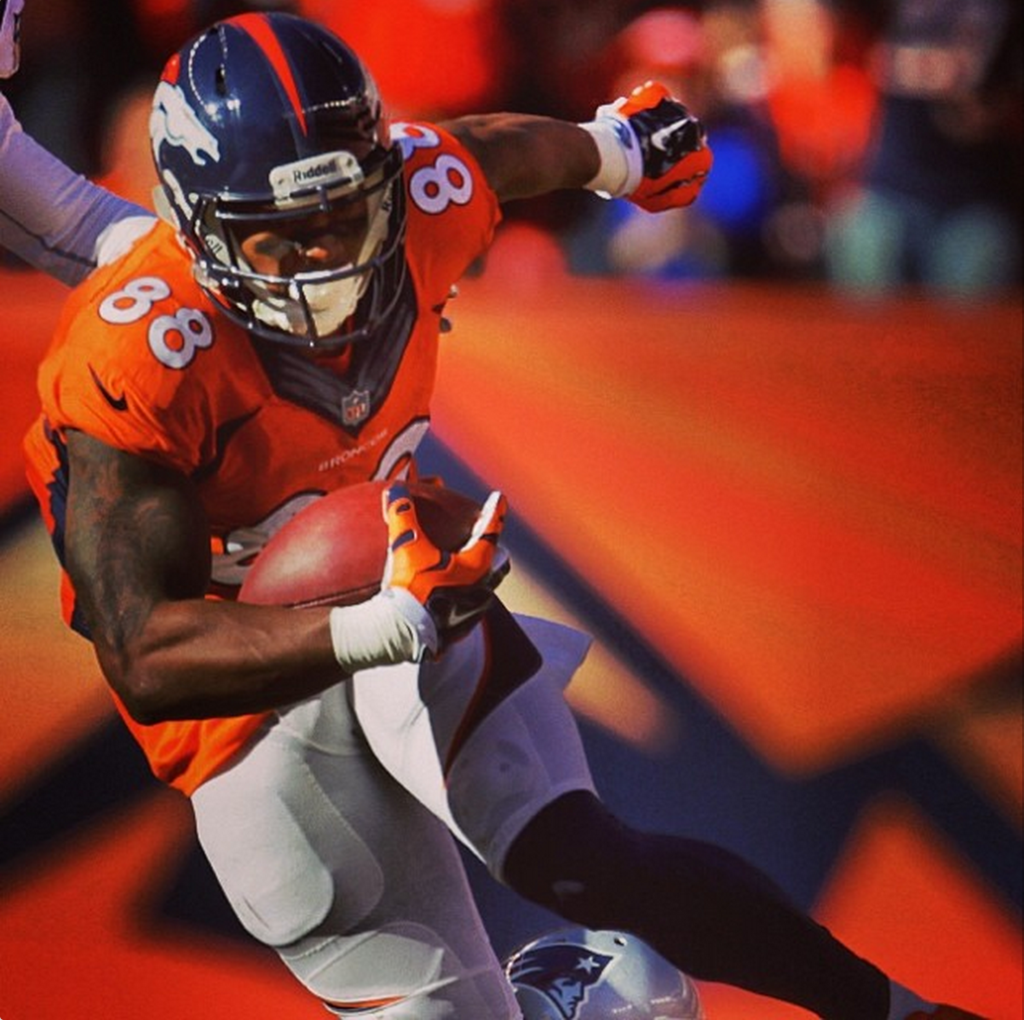 Demaryius Thomas’ in action courtesy of the Denver Broncos’ Instagram

Whether Knowshon Moreno is army crawling out of a 6-man defender trench, Peyton Manning is sneaking into the endzone for his first rushing touchdown since 2008, or Matt Prater is kicking a record setting 64-yard field goal the Broncos can always be counted on to deliver a lights out performance, no matter what the elevation. No air? No problem.

Count on 303 Magazine to bring you exclusive coverage of the Denver Broncos.