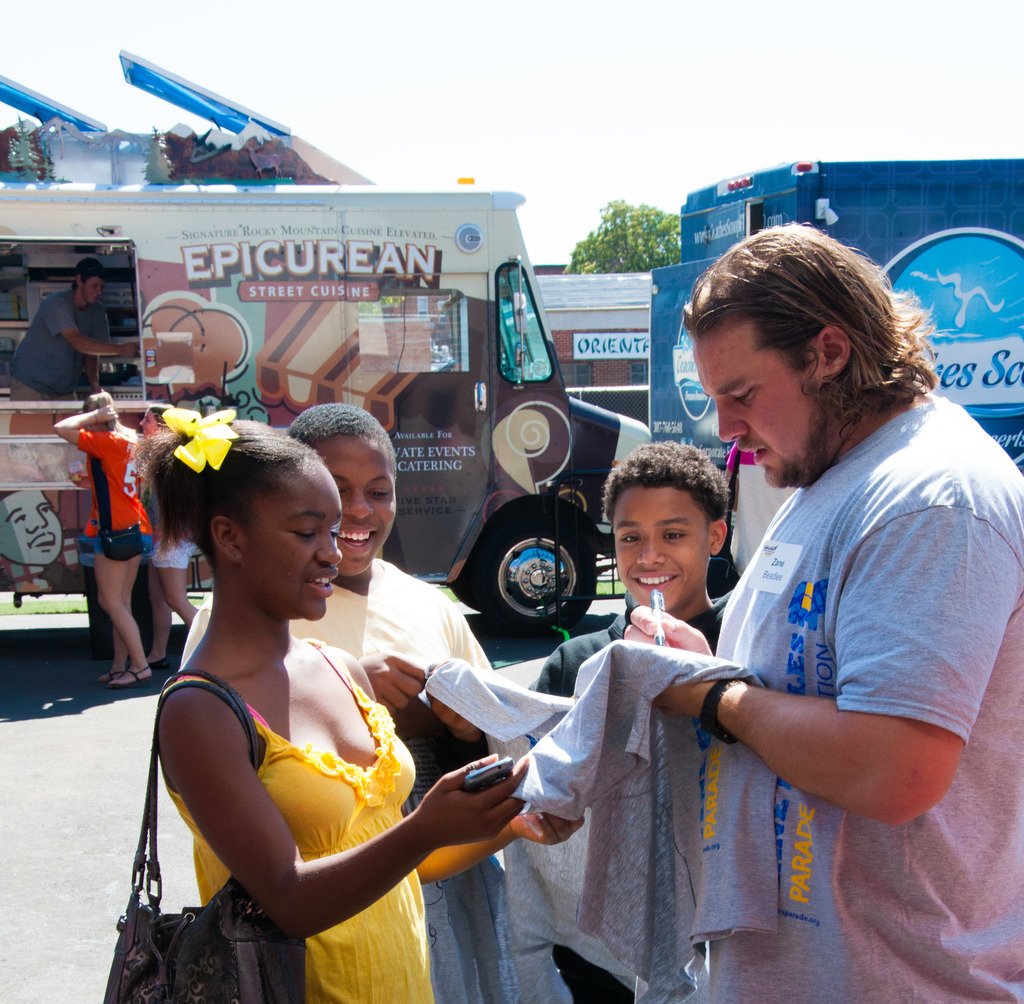 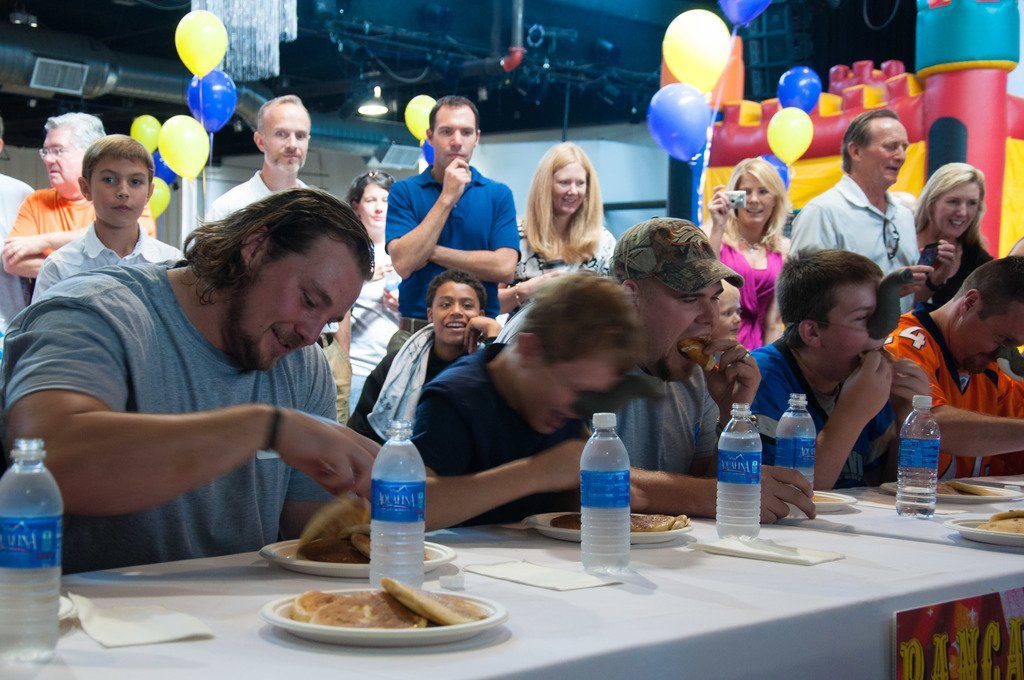 There is an elephant in this room full of Broncos, and for the first time since February it is not a playoff loss to Baltimore. With a statement-making win against the defending Super Bowl champions under their belts these Broncos spent time on Sunday celebrating the charity-launching “Cakes for Cancer” event of Pro-Bowl guard teammate, Zane Beadles’ Parade Foundation.

Beadles could not stomach a second win, falling to rookie teammate Ben Garland — who easily put down five pancakes in the one minute challenge.

Selected as last season’s Walter Payton NFL Man of the Year recipient, an award that recognizes a player on each team for outstanding team leadership and community service — Beadles admits that starting a non-profit was one of his goals in life. Proceeds from the event went to benefit Brent’s Place, the only safe-clean housing facility in the Rocky Mountain region that offers families an environment virtually free from dander, dust, mold and other infectious agents — where kids being treated for life threatening cancer can still be kids. 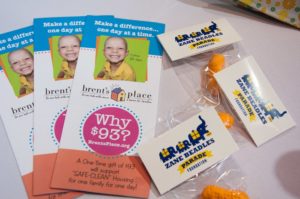 Beadles, along with other members of the team: Ben Garland, J.D. Walton, Chris Kuper, Orlando Franklin, Vinston Painter, Ryan Clady, Paul Cornick, and Brock Osweiller spent time with fans and families from Brent’s Place at the Exdo Center for breakfast and elephant-themed fun.

Emceed by Denver’s D Bar restaurant chef and Food Network personality, Keegan Gerhard, the parade of fun did not stop all day. Cake walks, a silent auction, cupcake decorating tables, a bouncy castle for the kids, face painting, a photo booth, broadcasts of the first NFL games of the season, and even a chance to dance with the players. And seeing these 6ft+ lineman (who I am used to seeing flatten defenders trying to get a hand on Peyton Manning) do the chicken dance with eager faced kids? May possibly be the most hilariously adorable thing I have ever seen.

I think it would be impossible for anyone to leave this event hungry. Food from Snooze, the Epicurean food truck, and Solar Roast Coffee kept everyone full until the much anticipated pancake eating contest with the lineman. After emerging victorious earlier in the 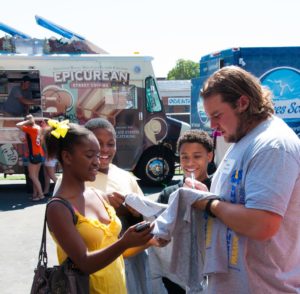 day (scarfing 6 pancakes down in one minute), Beadles could not stomach a second win, falling to rookie teammate Ben Garland — who easily put down five pancakes in the one minute challenge.

It was clear to see that fans and players alike were still glowing in celebration over last Thursday’s NFL Kickoff win. But shining more than that was the smiling glow of sheer joy on the faces of kids from Brent’s Place getting to do the chicken dance and eat pancakes with their superhero — #68.

All photographs by: Theresa Taylor