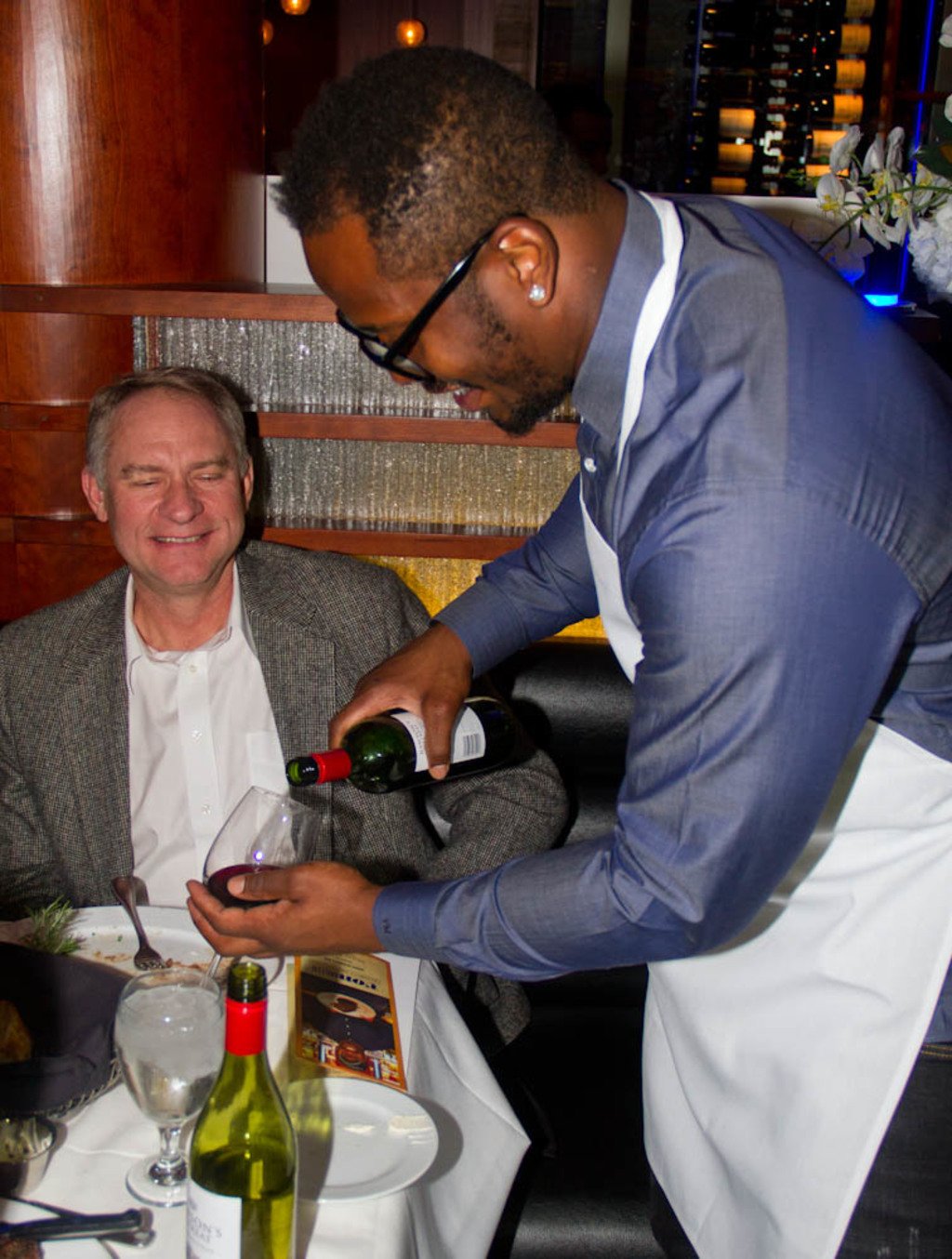 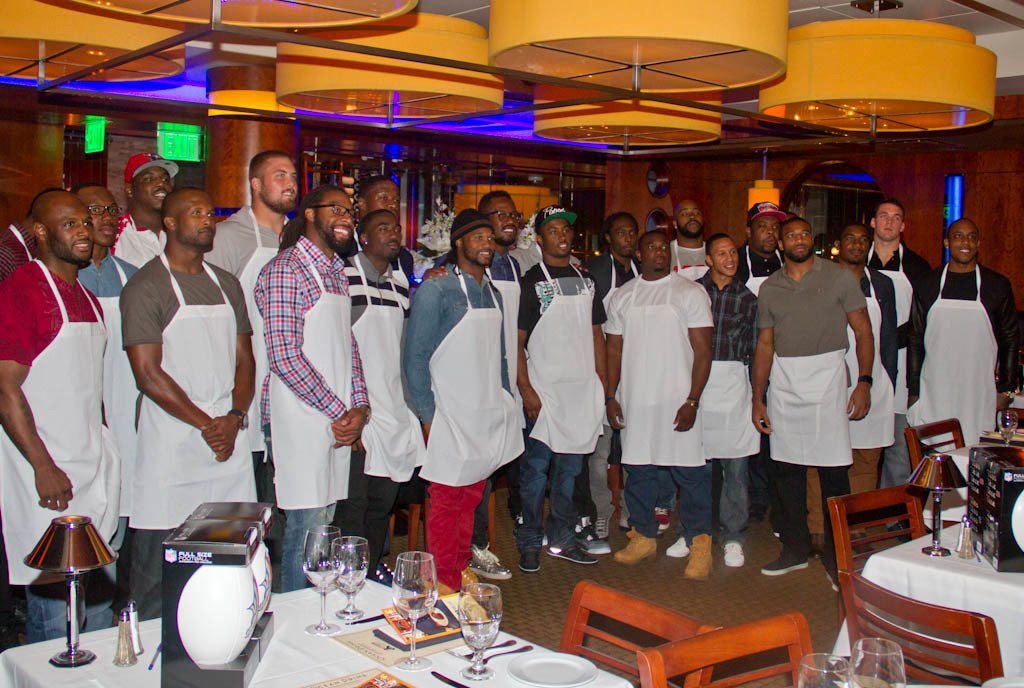 Von Miller and an army of his Broncos teammates traded in their helmets and cleats for aprons on Monday night for the First Annual Celebrity Waiter Night, a fundraiser benefitting Von’s Vision, Miller’s non-profit charity that helps provide eye exams, glasses, contacts and LASIK eye surgery for underprivileged children.

So now that the Broncos have practiced their serving skills, are they ready to serve Kansas City their first loss of the season?

The night included a cocktail hour, a dinner, and a silent and live auction of numerous autographed items and memorabilia. Guests in attendance had the opportunity to meet and greet some of their favorite players while enjoying first class selections of food and drinks from Ocean Prime in downtown Denver.

Even with a handful of celebrities in attendance, all eyes were on Jace Colbert; the first beneficiary of Von’s Vision. Donned in a new pair of Miller-esque frames from Von’s Vision’s partner The Optical Centre, Jace and his mother Rhonda shared his story of going from low grades and the nickname “Squints” to a better and not to mention, more fashionable high school student.

“Getting sacks and making plays on the field is great, but when you make plays in other people’s lives it’s a feeling that you can’t really explain” said Miller about Colbert. “I’m blessed to be in a situation to have the support of my teammates, all the board members, and everyone who has jumped on board for the vision.”

With a sold-out crowd of 150 guests, Miller needed a team of helpers to serve everyone — and his teammates did not disappoint. Around 35 fellow Broncos came to serve with Miller.

“Von is like a brother to me” defensive end Derek Wolfe said. “If something is important to him, I will be there to support him.” 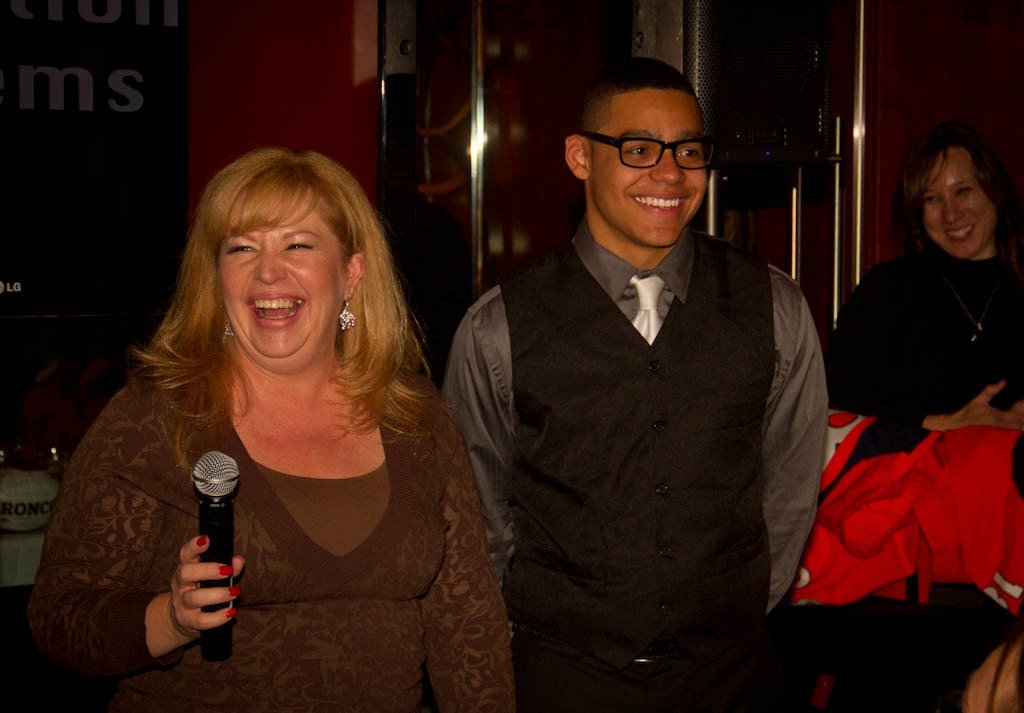 So now that the Broncos have practiced their serving skills, are they ready to serve Kansas City their first loss of the season?

“I’m hoping that we can serve them a nice large plate of something that is not too nice” Miller said laughing. “But you know, they are a great team and we are going to take it one play at a time and I know that if we can do that we will be alright.” 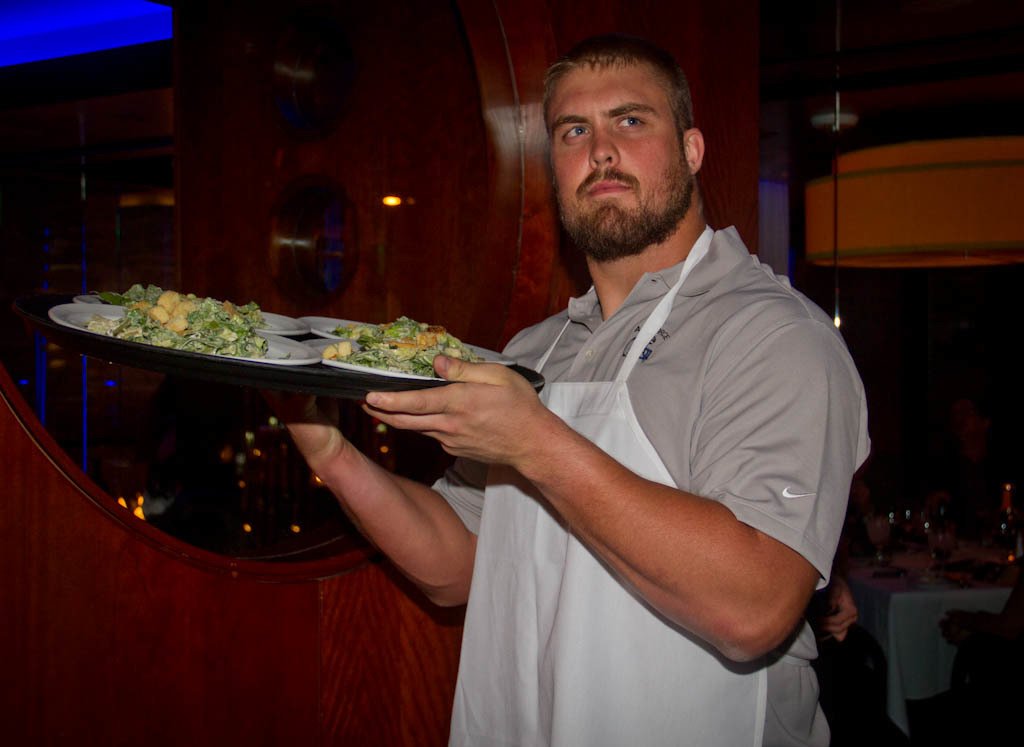