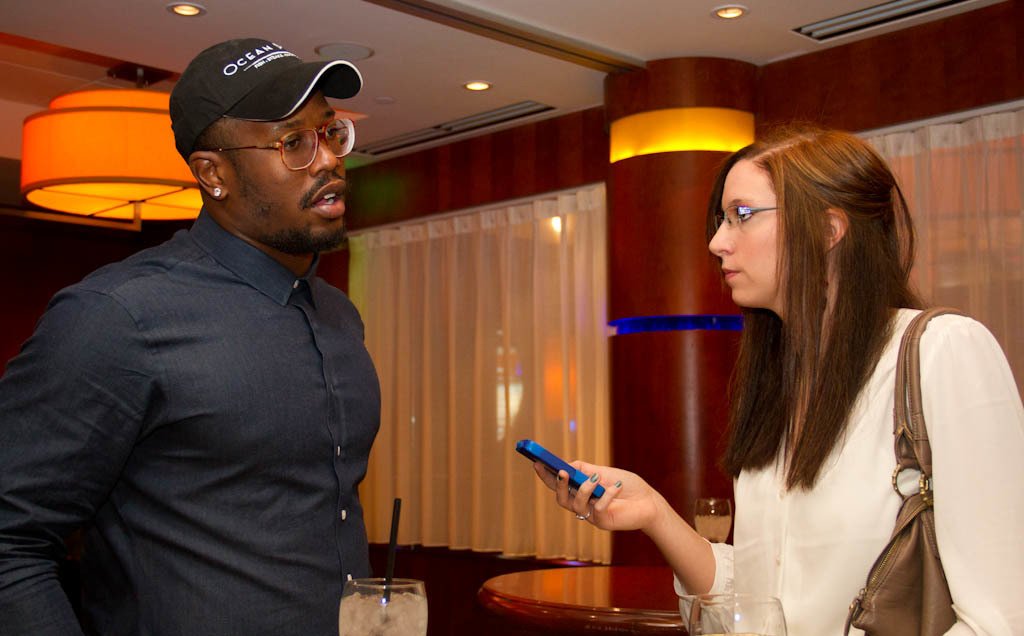 Seeing Denver Broncos defenders flatten opposing quarterbacks is not an unusual sight for Denver folks. Seeing them dressed up in aprons taking dinner orders? Now that is something unusual.

For one evening only, Von Miller and teammates like Champ Bailey, Wes Welker, Eric Decker, Demaryius Thomas, Wesley Woodyard and more will trade in uniforms and helmets for aprons as they help serve guests four courses of Ocean Prime favorites and fine wine. Funds from the event will benefit Miller’s foundation, Von’s Vision and its mission to give children in Denver the eye examinations and corrective eyewear they need.

That’s what we do is go out there and break stuff, so I’m sure some stuff will end up broken, but I think it will be a great event.

Following his 2013 debut to the field, Broncos outside linebacker held a press conference on Tuesday at Ocean Prime to announce that tickets are on sale for the foundation’s largest fundraiser of the year.

Miller talked exclusively to 303 about Celebrity Waiter Night and how he plans on moving forward with his foundation.

303 Magazine: So what are you most excited about for November’s event here at Ocean Prime?

Von Miller: I’m excited to get the team out to do some great stuff. Working with all my guys off the field for the Celebrity Waiter Night I think it will be pretty exciting.

How many plates do you guys think you are going to break?

I don’t know ha ha, I’m sure we will break some. That’s what we do is go out there [on the field] and break stuff, so I’m sure some stuff will end up broken, but I think it will be a great event.

So Von, how are you going to take what you have learned from this last chapter of your career to perhaps teach the kids benefitting from Von’s Vision about growing from mistakes?

This being your biggest fundraiser for Von’s Vision — soon you will have the funds to make a difference. What comes next with the kids themselves? Or what is in the works?

Just getting glasses, free eye exams, LASIK surgery — that’s always been my aim that I stick to.

And what is your biggest goal for Von’s Vision in the future?

I could go out there and set lofty goals, but I just want to take it one day at a time and let the foundation take care of itself. If I can change one life at a time that’s more than enough.