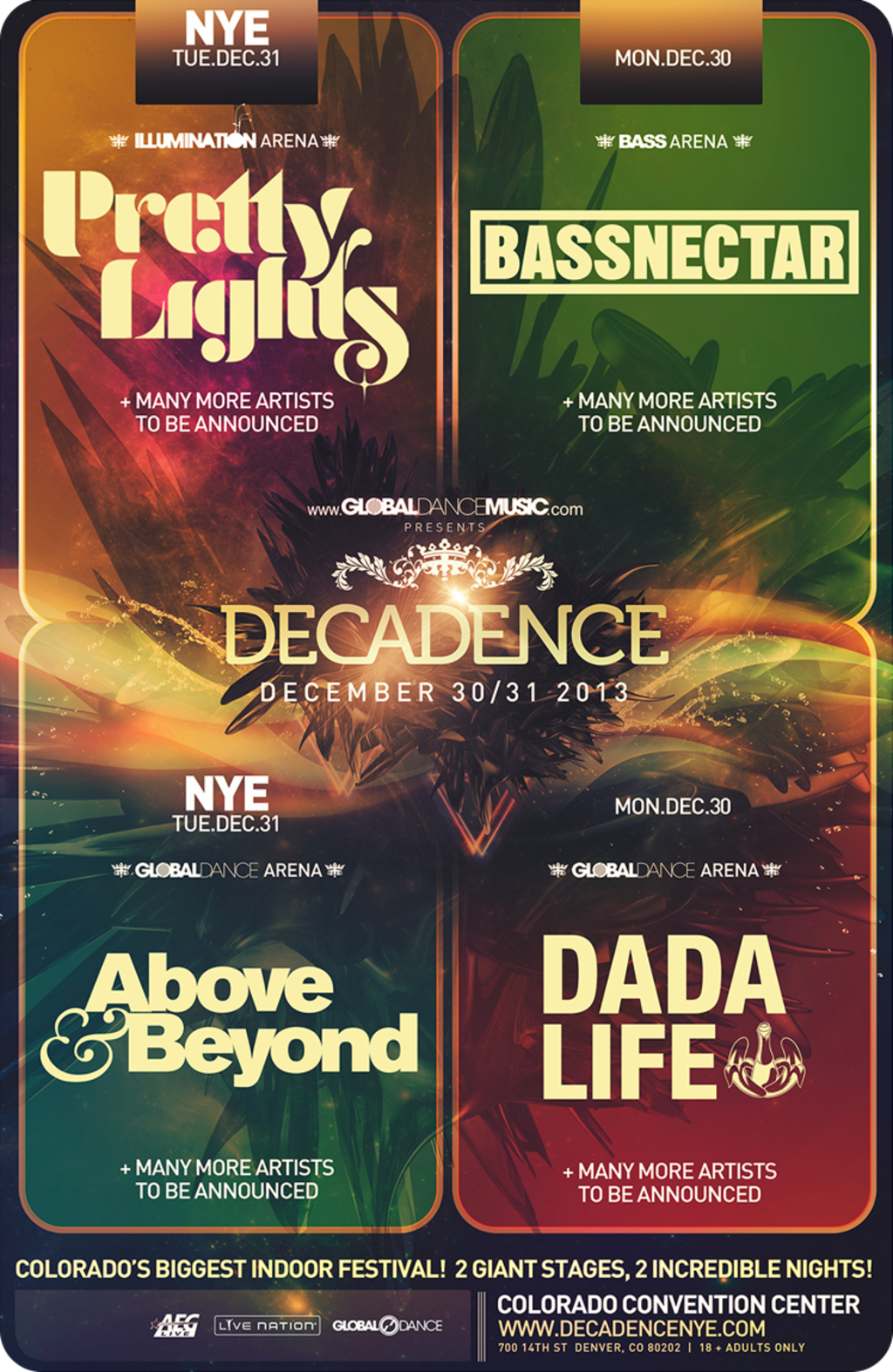 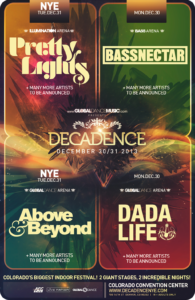 Decadence is the annual New Year’s Eve electronic dance festival that is slated to take place over the course of two nights.  This is the third and biggest rendition of the event featuring some of the brightest names in the industry.  Several electronic dance publications have noted that this is the place to be in the United States for bringing in 2014.

Where does it take place?

What days and times does it take place?

How much are tickets?

Single Day General Admission is $85 or two night packages is $160.  Additionally, there are VIP packages available for single and two day admission.

Who is playing on December 30th?

Who is playing December 31st?

If you are over 21 and plan on drinking (drinks available at event), consider staying at one of the many hotels that are within walking distance to the Colorado Convention Center.  Many offer holiday packages but fill up quick due to popularity 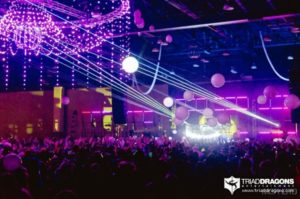