Voodoo Doughnut is Set to Open in Denver

Voodoo Doughnuts, the highly popular Oregon based doughnut shop with a cult-like following, is officially set to open its doors to Denver by the start of this new year. People have been buzzing about the place the second they painted the inconspicuous building off Humboldt and Colfax pink. Now with the opening date drawing closer, it is only a matter of time before people start pitching their tents. But despite all this excitement, co-founders Tres Shannon and Kenneth ‘Cat Daddy” Pogson, weren’t too sure what to expect. Fortunately, 303 was able to catch them while they were in town to discuss their expectations along with why they chose Denver, their hopes for the store as well as if they plan to use legalized marijuana in any of their doughnuts… 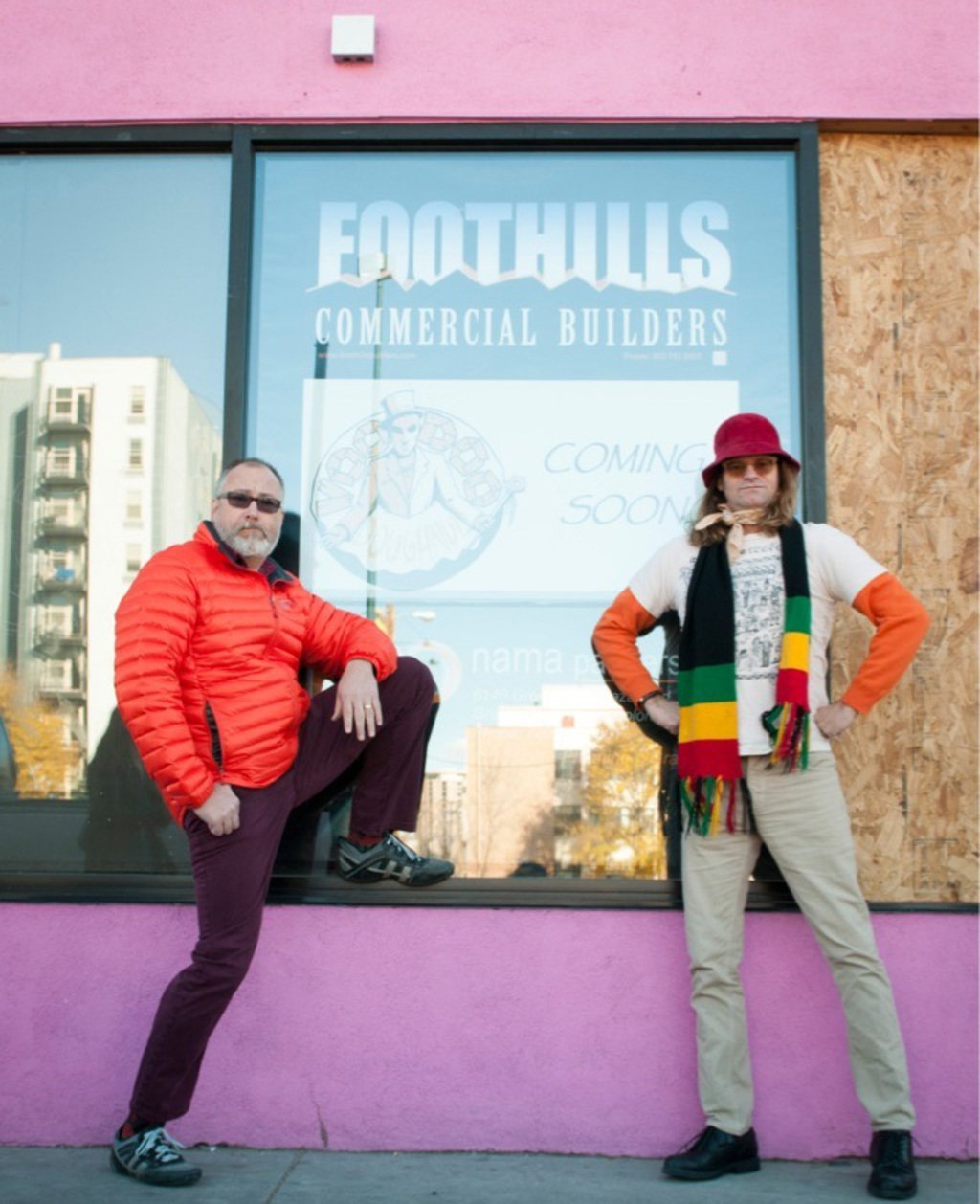 Tres Shannon and Kenneth ‘Cat Daddy” Pogson in front of the soon to be Denver location of Voodoo Doughnuts. All photography by Caitlin Savage

303: Thank you so much for meeting us, we are all really excited about Voodoo Doughnuts in Denver.

Kenneth Pogson: We still have the field of dreams excitement. If you build it they will come.

TS: We hope they come.

KP: The buzz has been easy for us though. Just parking our [Voodoo van],  people have been yelling from their cars “When are you open?!”… It’s just that we have to live up to it.

303:People are really excited about Voodoo. And the fact that you choose Denver for your first store out of Oregon is pretty exciting for us. Why did you pick Denver?

KP: Denver is big city business. Our other stores are in small college towns. We do great in those stores but it’s not the big leagues.

TS: It is a great test for us to do something out of Portland.

303: Did you ever consider Boulder since it is more of your original demographic?

KP: Yeah but we wanted a bigger city.

303: So why Denver specifically?

TS: Well because San Francisco is expensive, and we don’t want to open in Seattle and L.A. has a million doughnut shops and where is the next big city?

KP: And we feel like Denver fits our original shop. It has a big music scene, there are young professionals and we are in kind of the gritty part of town. 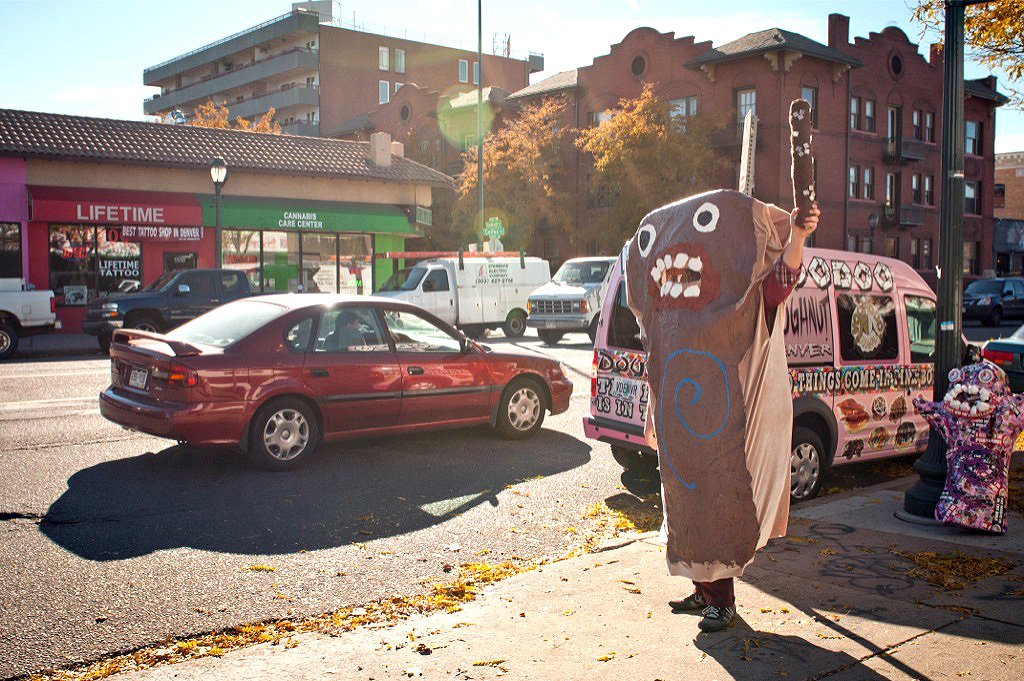 KP: We were thinking South Broadway but we came a little late to that.

303: It is changing, and people aren’t too excited about it.

TS: There’s some grumbling and we are happy we aren’t part of it. Plus we love this area. There is a dentist next door, a great lesbian bar, a liquor store across the street, tattoo parlor and now a doughnut shop all on this block. That’s a great location for us.

KP: We aren’t here to clean it up either.

TS: We are here to make it stickier.

303: Are you going to anything special just for Denver?

TS: Yeah we will do the Colfax Cream. It is something we do in every city. It is maple covered and cream filled. We change the name, so the Eugene Cream in Eugene and now the Colfax Cream in Colorado…

TS: No, you have all those sports teams. So when the Broncos are in the playoffs and or the Avalanche win the Stanley Cup we will do something.

KP: But we might play around with a little marijuana.

303: What are your plans for legalized weed? Do you think that you will put it in your doughnuts?

TS: We have experimented with it at the shop, but we want to feel it out first before we start anything.

KP: Ultimately what it came down to is, it is a federal law and if they wanted to make an example of an iconic brand abusing the system they’d love to nail us… but we’ve sent some over to the dispensaries and it works.

303: So you wouldn’t necessarily sell them in shop but maybe at local dispensaries?

KP: That’s the theory. But we don’t want to be made an example.

TS: I think that by the time that we are ready for it a lot of the kinks will be worked out. We are definitely weed-friendly… But it’s not why we chose Denver. Overall it was a serendipitous endeavor.

303: Well we look forward to your opening and we can’t wait to try your doughnuts. 303 will definitely be first in line.