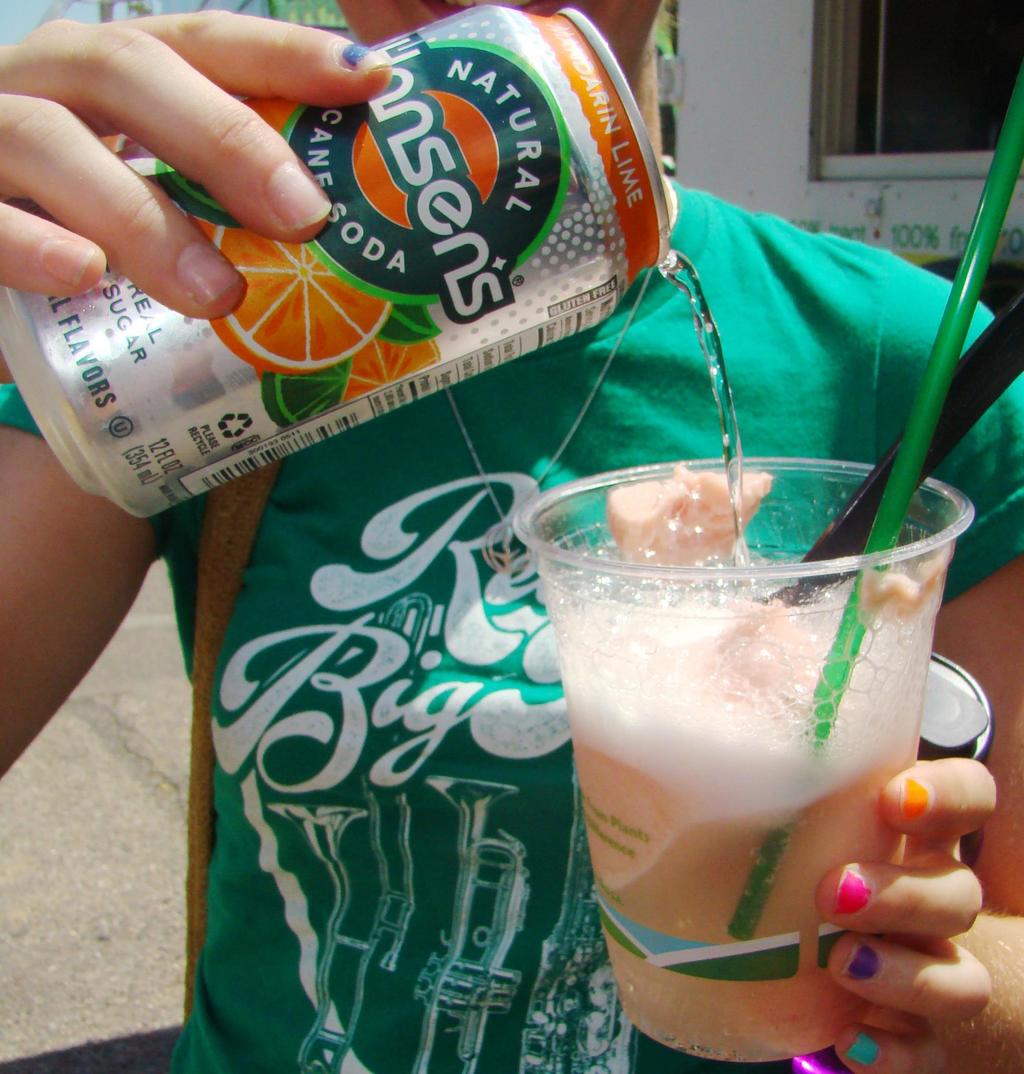 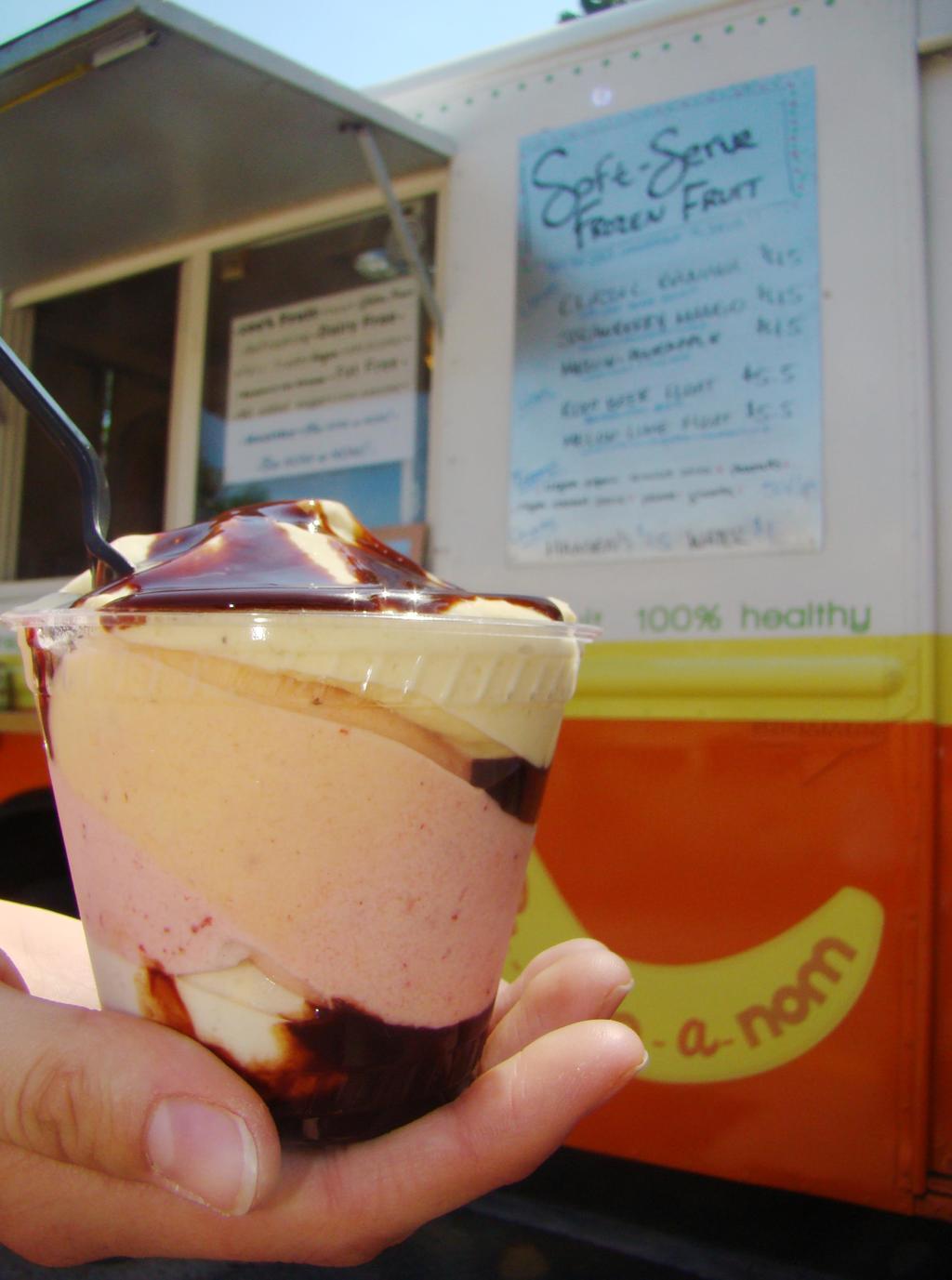 What: Frozen treats that are equally delicious and healthy at Ba-NOM-a-NOM

Where: Find B-NOM-a-NOM all year round, Monday through Friday on the CSU Campus

The days of sitting down to a pint of ice cream are quickly phasing out. With the new health crazes sweeping the nation people are looking for healthier options. However this doesn’t mean the people are willing to forgo on flavor. This is why frozen yogurt and fruit sorbets have been so successful. They are sweet and delicious, and give off the appearance that they are healthy.  However the truth is the majority of them are not. They are filled with added sugars and preservatives and are almost just as bad as the ice cream you’re trying to avoid. This is where Ba-NOM-a-NOM steps in as the new frozen treat ringer.

The concept of Ba-NOM-a-NOM was the brain child of Sarah Ladley. Sarah has a passion for living healthy and eating healthy and that’s where the dream of Ba-NOM-a-NOM was born. Studying obesity and nutrition, Sarah wanted to be part of the solution to stopping obesity in America. In one of her courses she had to conceptualize a health conscious business plan so she decided to take a look at her own diet for inspiration. The frozen treats she now serves at Ba-NOM-a-NOM were already a staple in her eating habits so it was a no brainer to share it with the public.

Ba-NOM-a-NOM is 100% fruit. Now this is just the rudimentary explanation of Ba-NOM-a-Nom but it is the most important. There is absolutely nothing else added.  But Sarah is not just serving up some pieces of fruit, her process is much more revolutionary. She takes the fruit, whips it and then freezes it to a consistency similar to soft serve ice cream. Luckily this healthy treat really does taste like a dessert. You won’t miss that ice cream at all (well maybe only a little). It is heavenly. Don’t ask me how she does it because I genuinely have no idea. All I know is she uses a specially built contraption that looks like it belongs in Willy Wonka’s Factory. And I firmly believe that just like Willy Wonka, Sarah’s frozen, whipped fruit is going to be the next big thing in dessert. 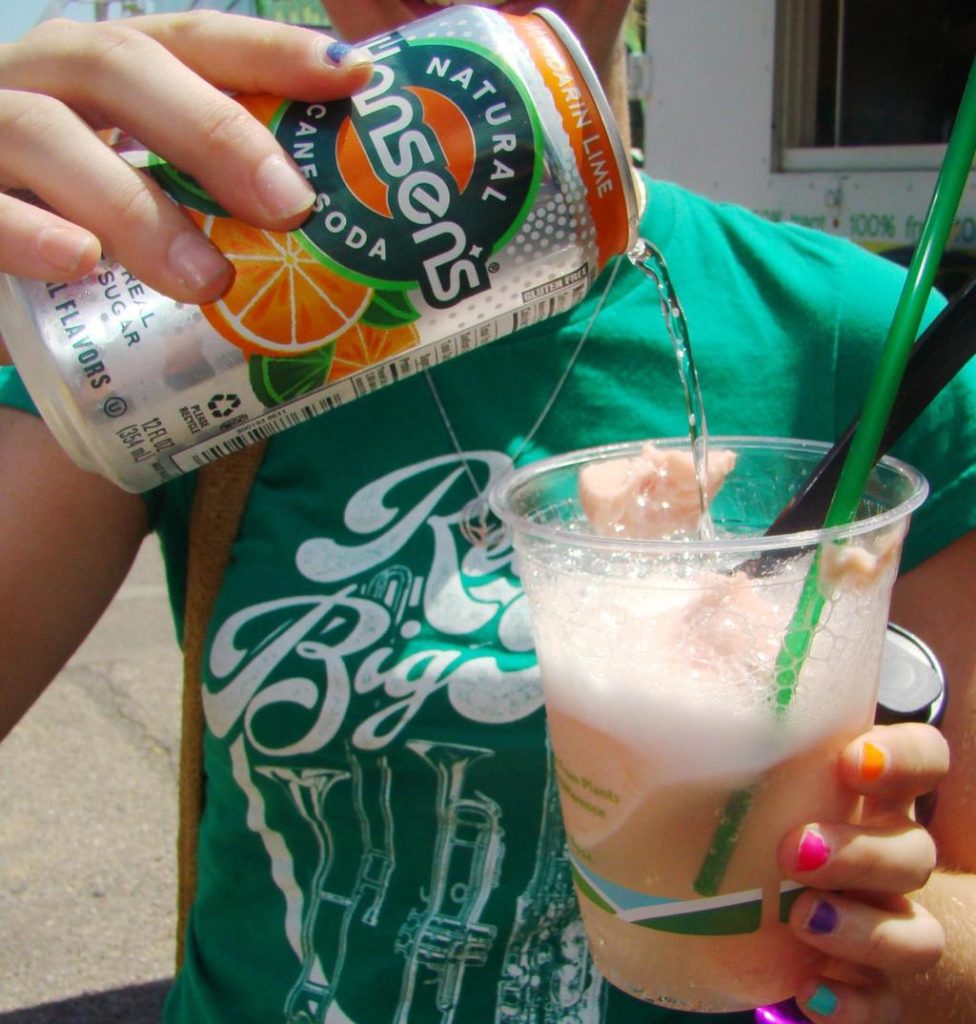 One of the biggest benefits of selling a product that is 100% fruit is that this dessert is vegan friendly, lactose in tolerant friendly, and gluten friendly. Almost anybody that has diet restrictions can eat this and those people that do have dietary restrictions probably haven’t been able to have ice cream in years. Here is your light at the end of the tunnel. The toppings are also catered to all diets, from vegan organic caramel made from coconut oil to granola. And topping are key to the ordering process because that make the dessert experience exponentially better.

Here’s what I recommend for all you first timers; Strawberry Mango with caramel and pecans. Strawberry Mango is one of the top sellers so there is a consensus, it’s amazing.  Mango is a great tropical fruit that packs a ton of flavor so I think it takes really well to soft serve. Every flavor option gets banana added as well but don’t go AWOL all you banana haters because you really can’t taste it, especially with the strong flavors of the strawberry and mango. Now the caramel is spectacular, it adds sweetness so it feels like you having some decadent dessert. It also has a hint of coconut that comes from the coconut oil it’s made from and add another layer of flavor to the sift serve. The pecans also hit the mark because they add great crunch and even more flavor.

Ba-NOM-a-NOM has flavors for all kinds of fruit lovers out there so you are sure to find something that you will like. The flavors also rotate so you never get bored and seasonal items can be accommodated. If you’re in the mood for something with a little more pizazz the floats are for you. Get some of Ba-NOM-a-MON’s healthy soft serve and combine it with a can of Hanson’s all natural soda and you have the healthiest and tastiest float around.

Ba-NOM-a-NOM is going nowhere but up. Ten years from now when soft serve fruit is the next frozen yogurt you’re going to look back and say, I remember when I had that for the first time at Ba-NOM-a-NOM. So don’t fall behind on the times and be a part of the next big phenomenon that is Ba-NOM-a-NOM.

All photos by Alyse Bradway