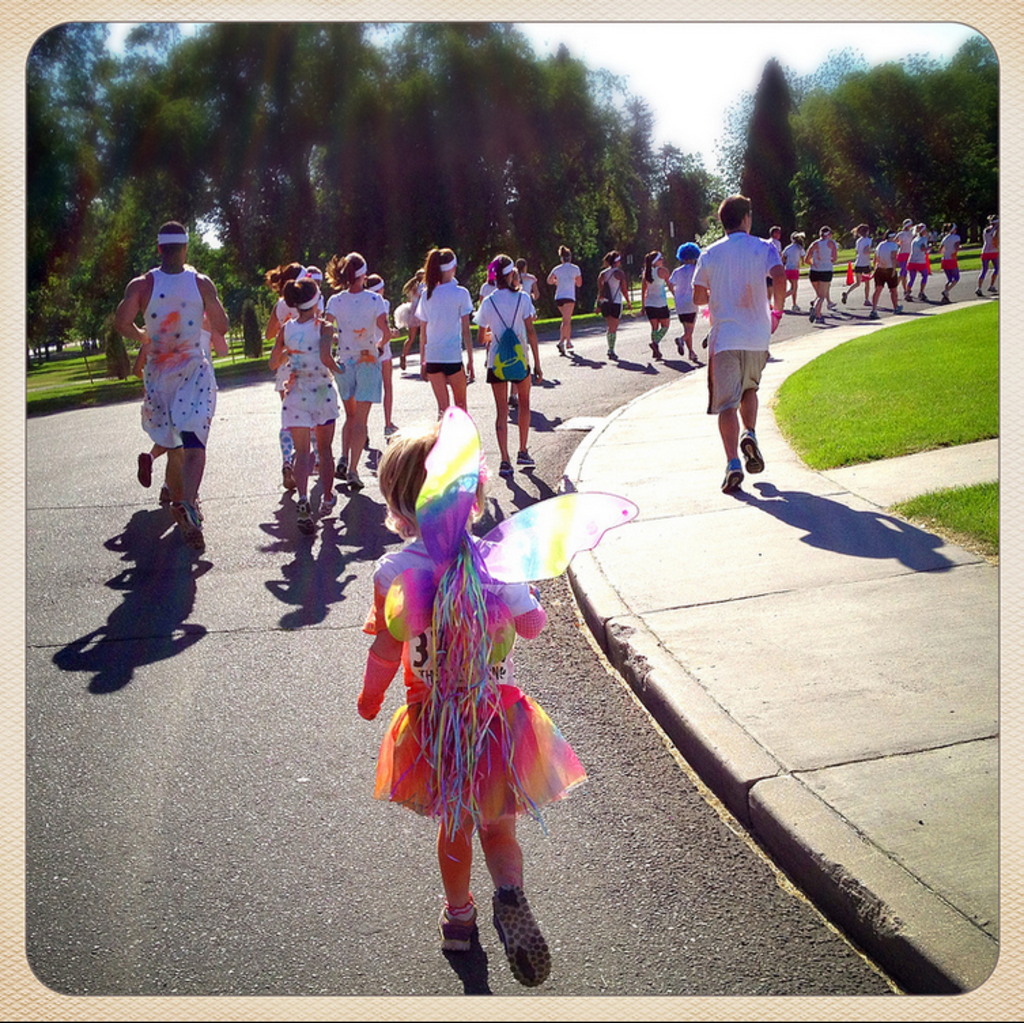 Cancer-free for one whole year? Check!

Remember that spunky four-year-old who shook her tiny fist at cancer and celebrated her triumph by running The Color Run Denver? (Read the original article here). Well, little Miss Pearl is a whole year older now and she still stands up defiantly against that once daunting tumor. 303 caught up with Pearl and her mother and we are so pleased to find that our favorite Color Runner remains as courageous and plucky as ever.

Pearl, only four years old and battling cancer, elbowed her way through the best of them, fairy wings shimmering in the sun. Her defiant and determined nature carried her through the five kilometers of color, just as it carries her through her chemotherapy.

ROBYN: Pearl has mostly been growing a ton and maturing into a very mature five year old. She had a really great school year 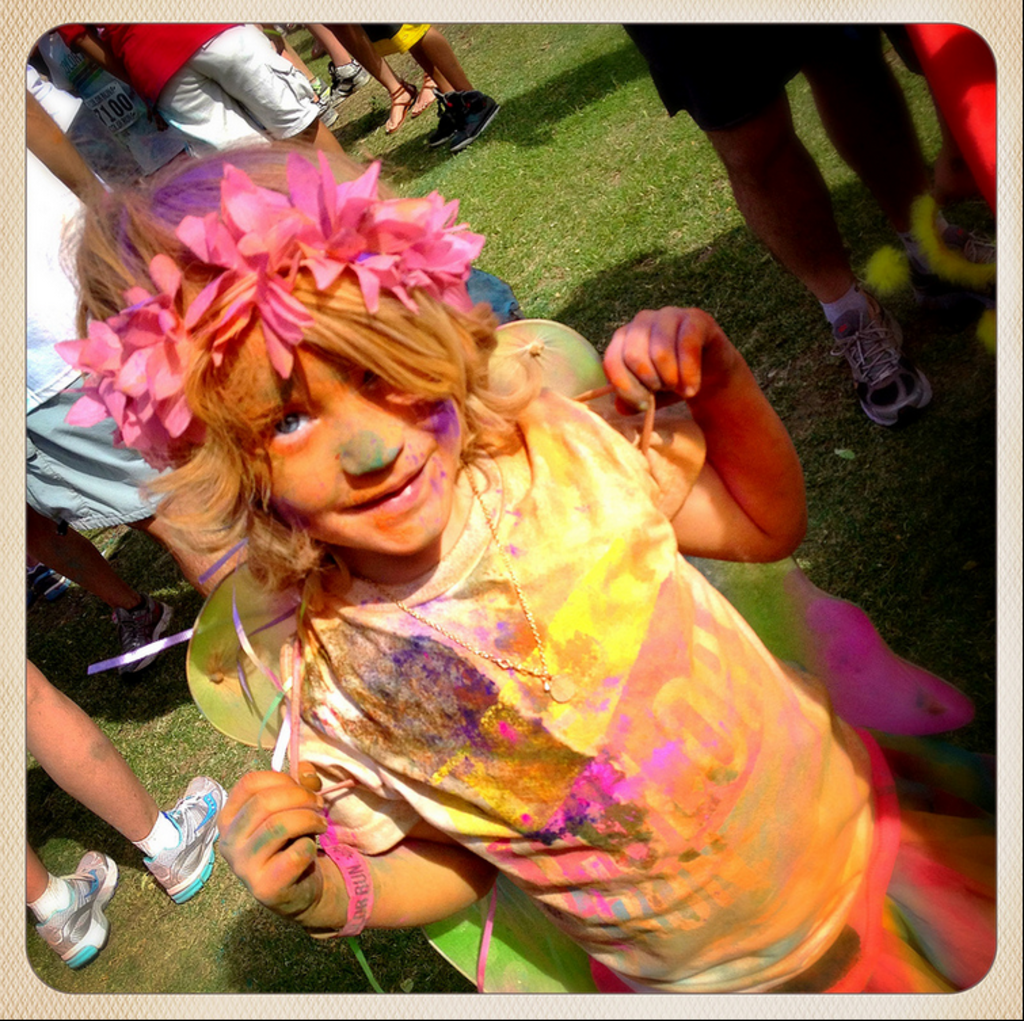 hanging out with her two best buddies and playing endless princess games. She is an avid and very competitive game player – she can beat her entire family at Uno every time we play. She spends lots of time drawing and joking around with her sisters. She enjoys making up plays with her siblings and planning out elaborate fashion shows with every dress up item in the house. She insists that the audience must be totally silent while watching her interesting fashion creations. Mostly she just amazes all of us with how much she’s taken everything in stride. She still sometimes talks about cancer but she seems to have forgotten many parts of the experience. She definitely finds it funny that people know her at Color Runs and talk about her on the Internet. She doesn’t quite realize how many people she has inspired via the Color Run. She knows it’s a lot but it’s overwhelming for a five year old (and her parents!).

Mostly she just amazes all of us with how much she’s taken everything in stride. She still sometimes talks about cancer but she seems to have forgotten many parts of the experience. – Robyn

ROBYN: Pearl still loves to run. Mostly she likes it in the form of chasing around her sisters and playmates. When she runs she’s a little bit more competitive than last year. She always wants to be at the front of the pack. We’re always surprised at how quickly she can get ahead! For this year’s Color Run she took off from the line and ran the first 3k without stopping. At that point she decided it would be okay to slow down a walk a little bit so everyone else could catch up with her.

She definitely finds it funny that people know her at Color Runs and talk about her on the Internet. She doesn’t quite realize how many people she has inspired via the Color Run.

303: How has the family changed/grown after the whole experience?

ROBYN: Our family is more tight knit. It took a while after Pearl was in remission to remember how to have fun and not worry too much about what could happen. We also learned to let go of trying to always make things be perfect. Life moves on even when things fall apart so we know now that it’s better to carry on and work to enjoy rather than worry [about] the details. It has made us appreciate the importance of prioritizing the must dos in life with the want to dos. It’s way more important to do the things we love than to focus on things that don’t matter so much. Thus our house is often a bigger wreck than usual while we are enjoying each other and living life. You never know what’s around the corner so enjoy it all now. 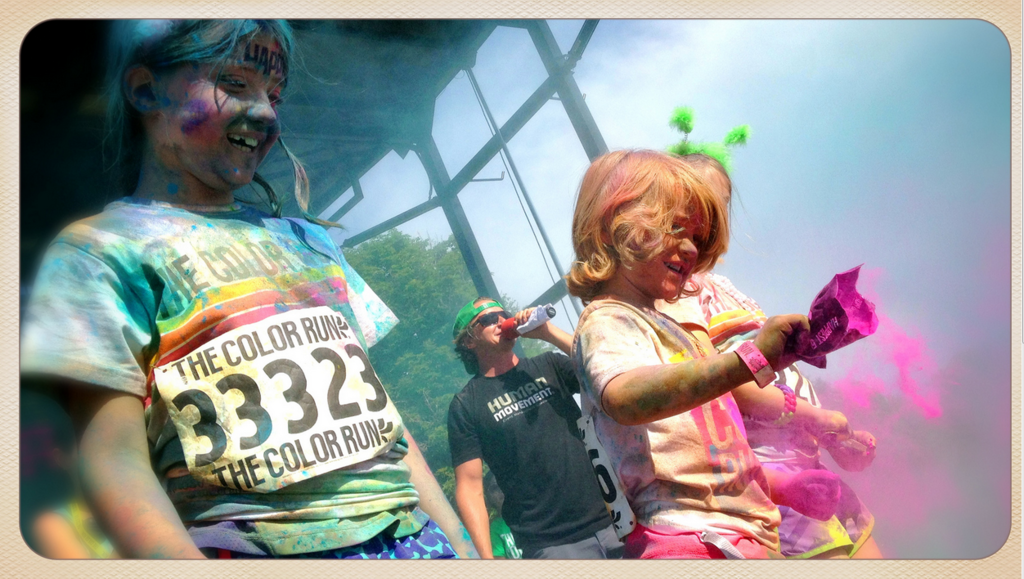 303: Do you have any other words of wisdom from Pearl?

ROBYN: Just how amazing everyone is at the Color Run. The experience there has always been so life affirming and special for Pearl and her entire fan club. It’s become the way that we mark another year going by. Leading out stages and getting to lead color throws from the stage each time has been a great icing on the cake. This year we were lucky that we got to celebrate the one year anniversary of her release from treatment. She had another set of clear scans last week and with any luck that will continue. We are very fortunate 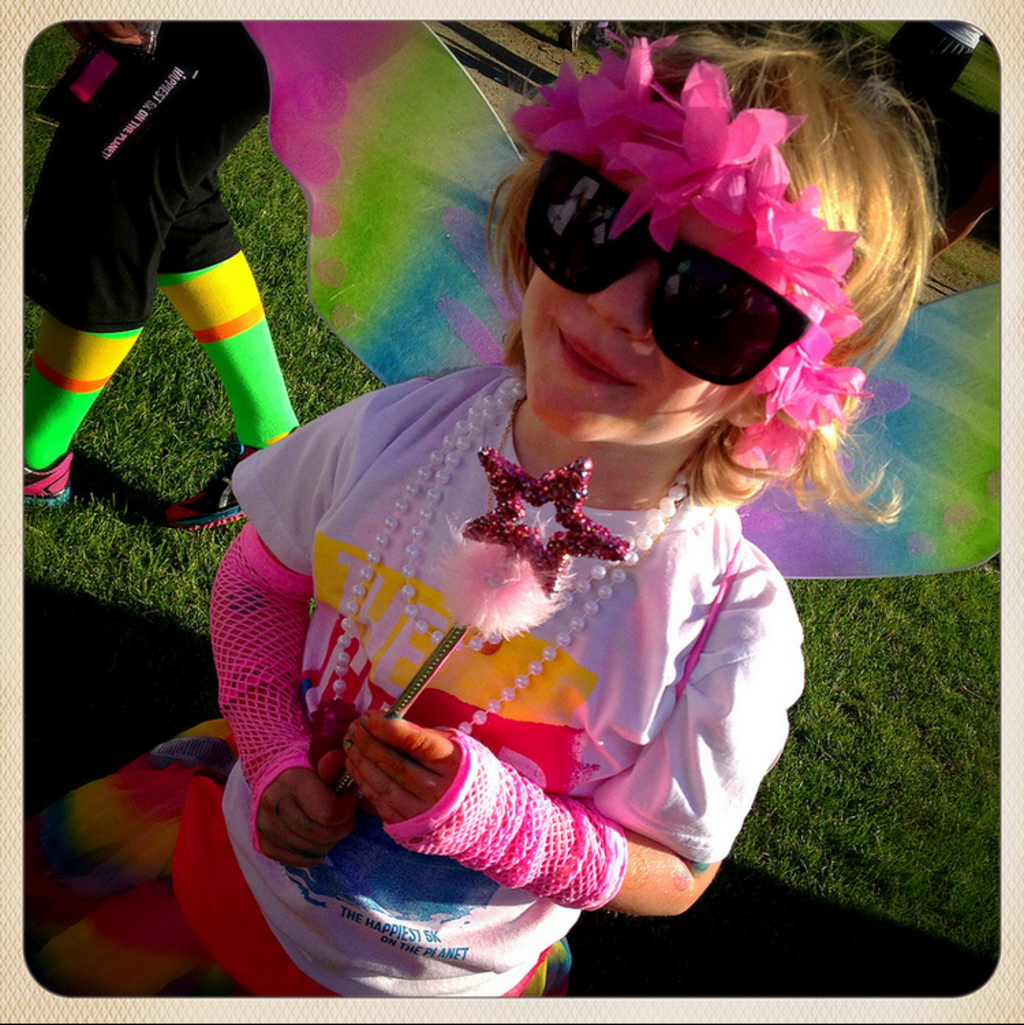 that 90% of the kids with Pearl’s type of cancer do not relapse. We continue with intense monitoring for another five years and hope that her future doesn’t hold illnesses that come from the treatments themselves.

The Color Run continues to change lives across the world, and, just like Pearl, The Color Run too has grown incredibly in the last year. In 2012, the race held 50 events domestically and three international events with a total of 600,000 runners. In 2013, The Color Run will hold about 120 events domestically and 30 events internationally with more than 1 million participants. This year’s events offer even more special touches of fun aimed at keeping runners motivated and entertained throughout the race. This can vary from cheerleaders, to drum-lines, to Zumba instructors.

And, as the number of events and participants continue to grow, so too do the beneficiaries. The Color Run tries to partner with local charities that are involved in the community where the event is held. This can range from donating to charities that bring awareness to children’s cancers to those supporting causes related to autism awareness, food banks, rehabilitation centers, and more.

One such charity is Kelleigh’s Cause. This charity, in partnership with the Sparrow Hospital Foundation, will be the main beneficiary of the even in Lansing, MI next weekend. 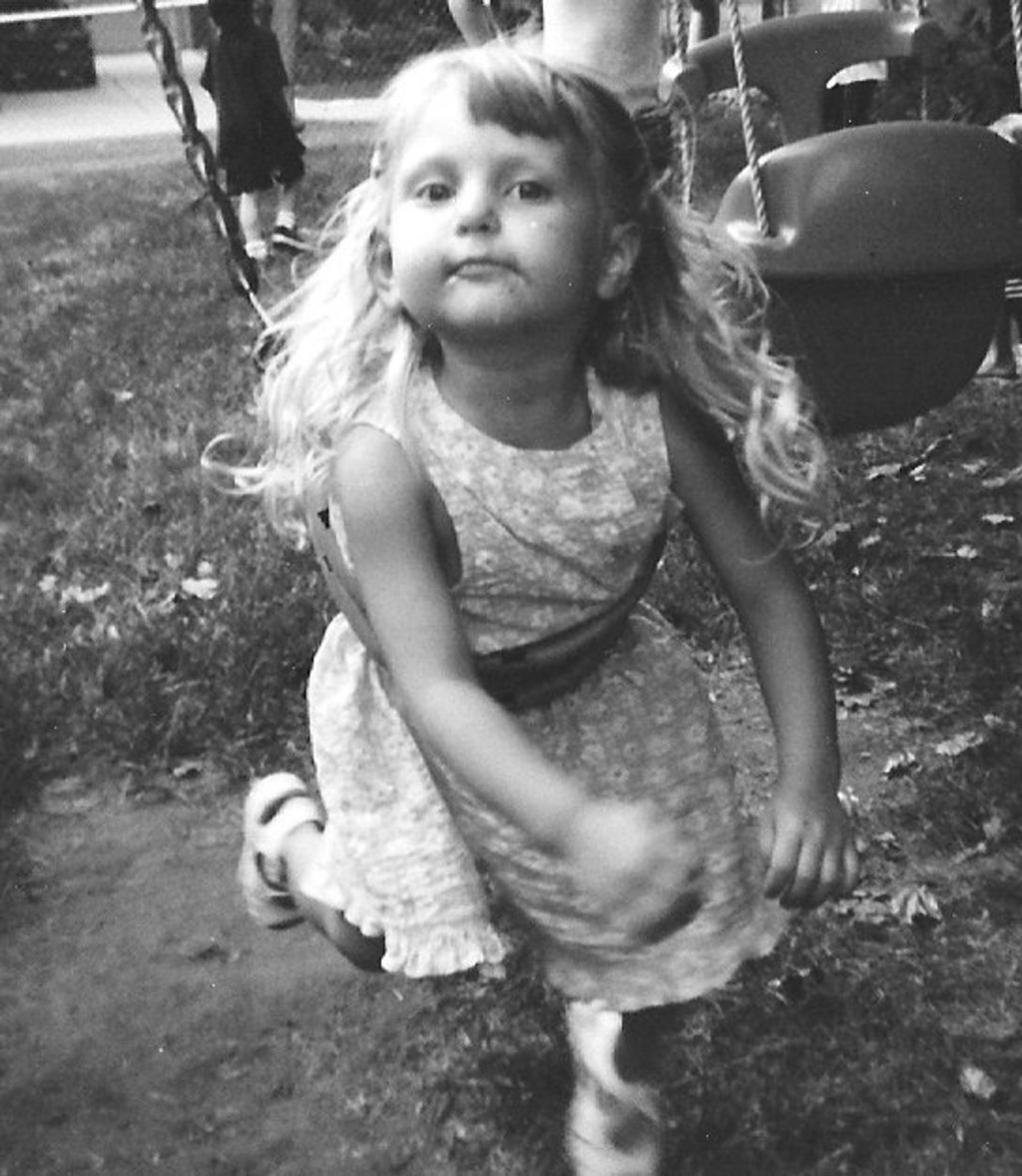 At the age of four, Kelleigh Marie pranced in her ballet shoes across the kitchen’s hardwood floor. Bubbly, blonde and blue-eyed, this dancing queen glowed like an angel in the hearts of those she met. Her ringlets would float across her chubby-cheeked face as she spun in circles to “You Are My Sunshine” and she would fall gently to the floor, giggling as the song ended.

Shortly after her debut dance performance, Kelleigh was diagnosed with a rare, inoperable and life threatening birth defect known as arteriovenous malformations (AVMs). Kelleigh’s family was not prepared to hear medical specialists refer to Kelleigh’s AVMs as extensive and affecting all of the major blood vessels of the entire right side of her head and neck, as well as her airway. They informed her  family that she is at risk of hemorrhage, severe disfigurement, as well as, congestive heart failure and that there is no cure.

Since her diagnosis, world renowned Vascular Interventional Radiologist Dr. Patricia E. Burrows has meticulously performed countless hours of highly specialized treatment (embolization) several times a year in an attempt to control the progression of Kelleigh’s birth defect and to keep her out of congestive heart failure.

[S]he is at risk of hemorrhage, severe disfigurement, as well as, congestive heart failure and… there is no cure.

In the last thirteen years, the number of procedures Kelleigh has endured are too numerous to count and each time she has been at risk of blindness, paralysis, stroke and death. In addition to the procedures performed by Dr. Burrows, Kelleigh has had numerous set backs due to infection and pain because of tissue destruction related to the blood vessels causing abnormal or lack of blood flow. At six-years-old she required a scalp resection because of the pain caused by dead scalp tissue. At age seven, Kelleigh a life-threatening reaction to a chemotherapy agent used in an attempt to help control the progression of the abnormal blood vessel growth. Further, at ten-years-old, the AVMs began to seriously affect her airway and she required a tracheotomy.

Through all of this Kelleigh has demonstrated amazing faith, hope and courage. Even in her darkest hours she has never given up and her hope and sunshine attitude still brighten the lives of all she meets. Today, she is an honor student who dreams of becoming a doctor and a varsity athlete who refuses to let her disease define her. 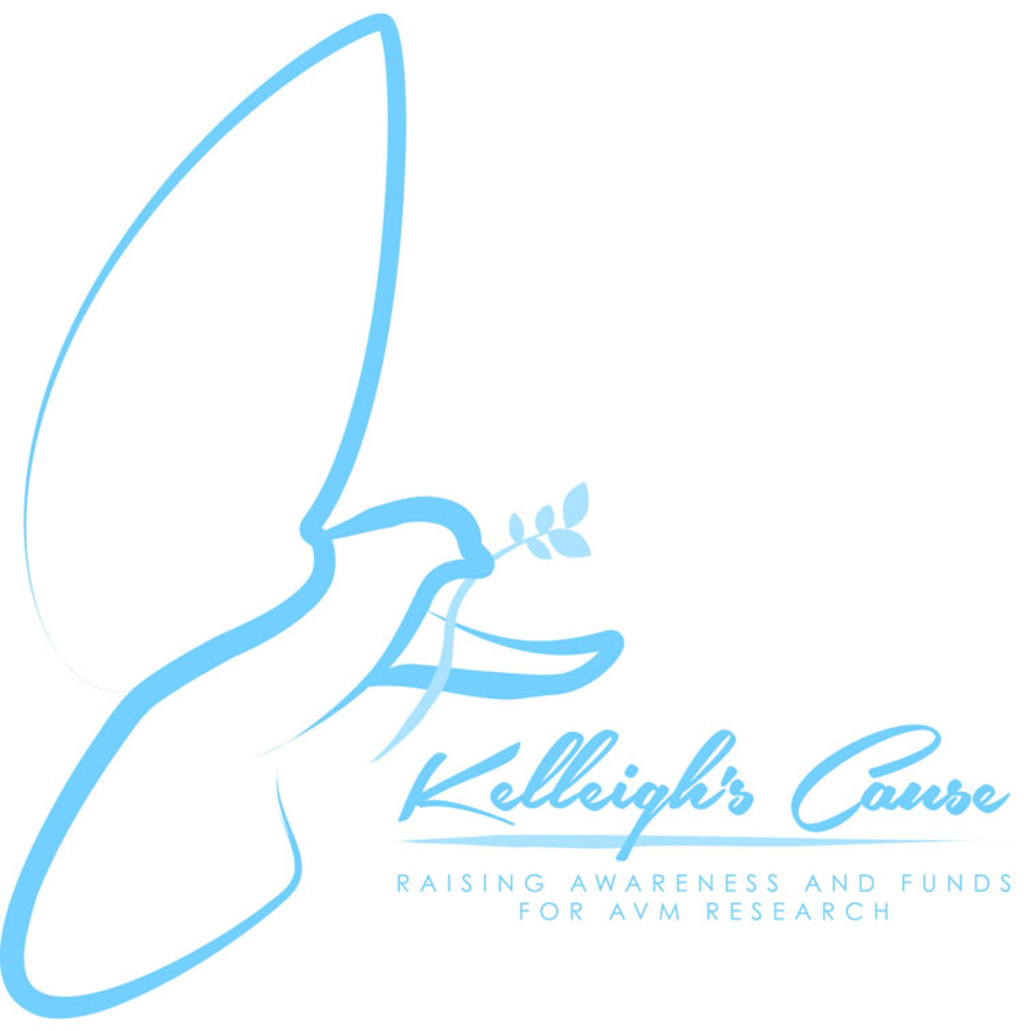 In August of 2012, Dr. Burrows assembled a team of researchers to initiate research on AVMs with the end purpose of identifying a drug therapy to cure the disease. The disease occurs once in every 500 births and affects children and adults of all races. The cause of AVMs is unknown and there is still no cure.

In conjunction with the Children’s Hospital of Wisconsin, Kelleigh’s Cause formed a 501(c)3 with the dual objectives of raising the funds necessary for Dr. Burrows’ research and raising awareness of (and hope for) those suffering from AVMs. To date, Kelleigh’s Cause has raised over $35,000 from grassroots fundraising efforts and generous individual contributions.

Next week, The Color Run Lansing will benefit Kelleigh’s Cause and Sparrow Foundation whose team of highly specialized and talented

doctors and staff, especially Dr. Steven Guertin, have proved instrumental in saving Kelleigh’s life, and the lives of innumerable 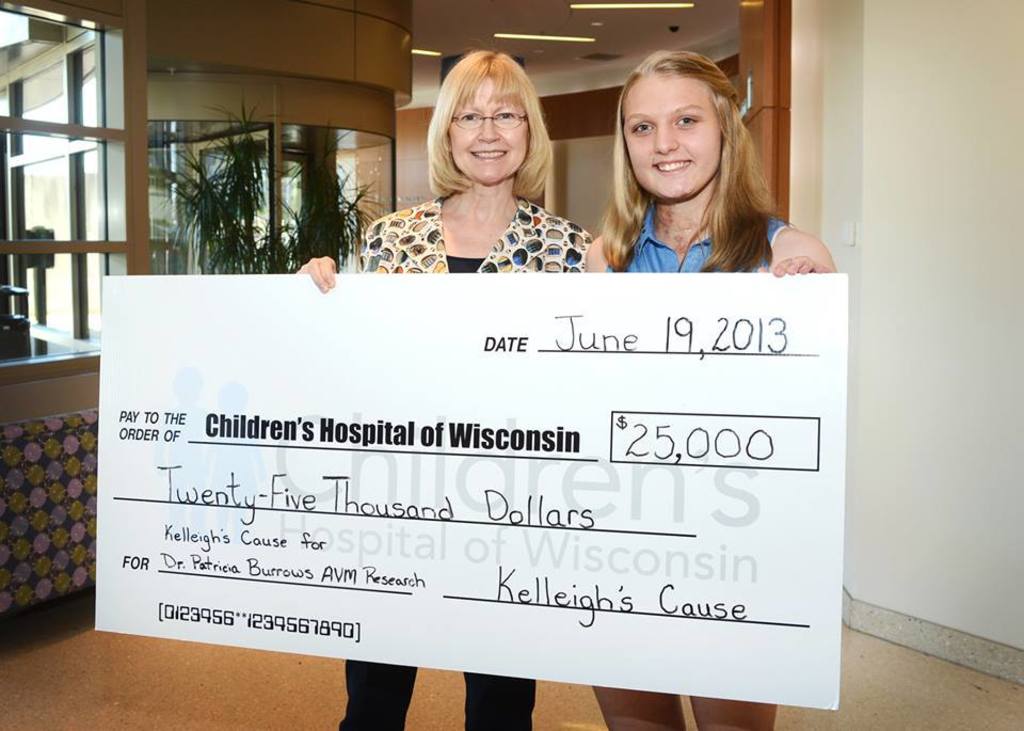 Kelleigh presented Dr. Burrows with a $25,00 check to support research for a cure for AVMs

The success of this race and all other Color Run events continue to promote happiness, individuality and a commitment to giving back to the community.

To find a race near you, visit The Color Run. Denver spots are still available for the August 3rd event.