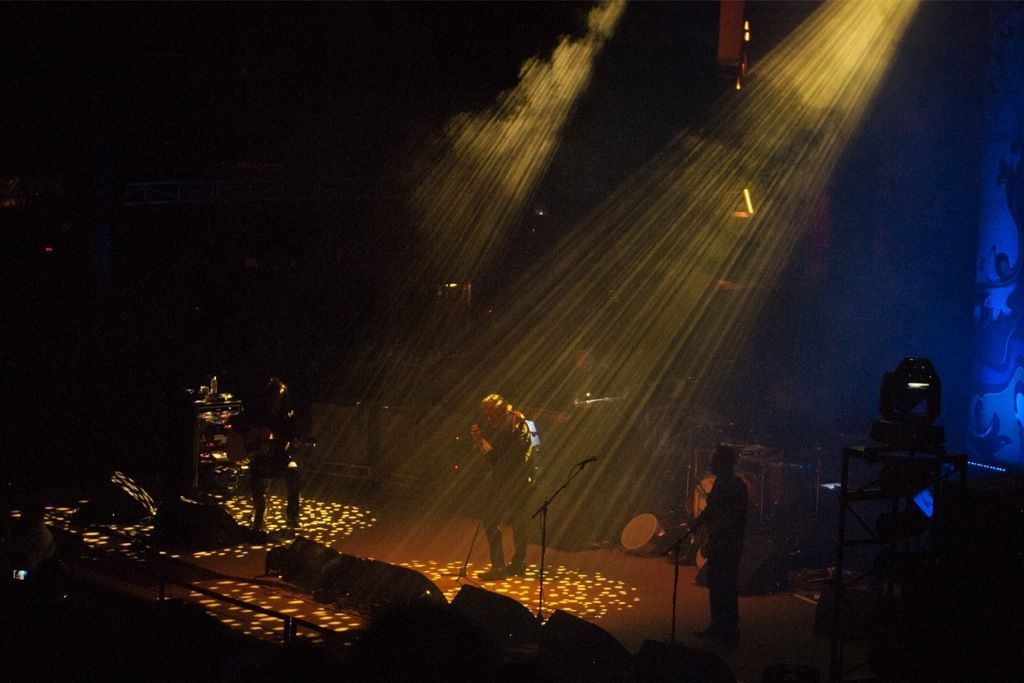 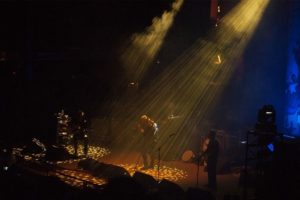 It’s not every day you get to stand before a living rock legend decades after his most famous musical project and arguably the greatest rock band of all time, Led Zeppelin, parted ways. During that time, Plant wasn’t twiddling his thumbs or catching up on crossword puzzles. He explored different musical paths and cultivated completely different sounds, never allowing his past musical success to dictate his future sounds – sounds so different it was hard to picture them coming from the same swinging mop of blonde locks.

Now Plant has a new project, which allows for his voice to again steal the spotlight, as the high-pitched squeals we’ve come to expect from him woke from their slumber, only raspier and ripe with age. There he stood, on the stage of Red Rocks Amphitheater with the same buoyant curls and British flair for showmanship, only this time surrounded by a different set of musicians – the Sensational Space Shifters. Plant sauntered onstage shortly after Austin psych-rock band, The Black Angels, set the tone with their sharp-edge style.

Plant dug up the Zeppelin hits and gave his band the freedom to put a new, bluesier spin on these tried and true songs. For the first number, guitarist Liam Tyson strummed the acoustic intro to Zeppelin’s “Babe, I’m Gonna Leave You,” sending the crowd into a frenzy. This opened up for Plant wailing “babes” and showed that he’s still capable of hitting those coveted shrieks. As the song ended, Plant set the mic stand back on the stage and looked out the crowd.

“As they say in England, here today gone tomorrow,” Plant purred, his accented speaking voice nearly as entrancing as his singing.

The band led into one of their own songs, “In the Mood,” which was received well even by those eager for more Zeppelin. The band then fired into a haunting rendition of “Black Dog,” to which Plant added tribal sounds with the help of  Juldeh Camara, a musician from Gambia, who strummed a unique mix of instruments, including a single-string fiddle and a West African banjo.

“It’s such a different world without a banjo,” Plant squealed, giddy with the excitement of this new sound. 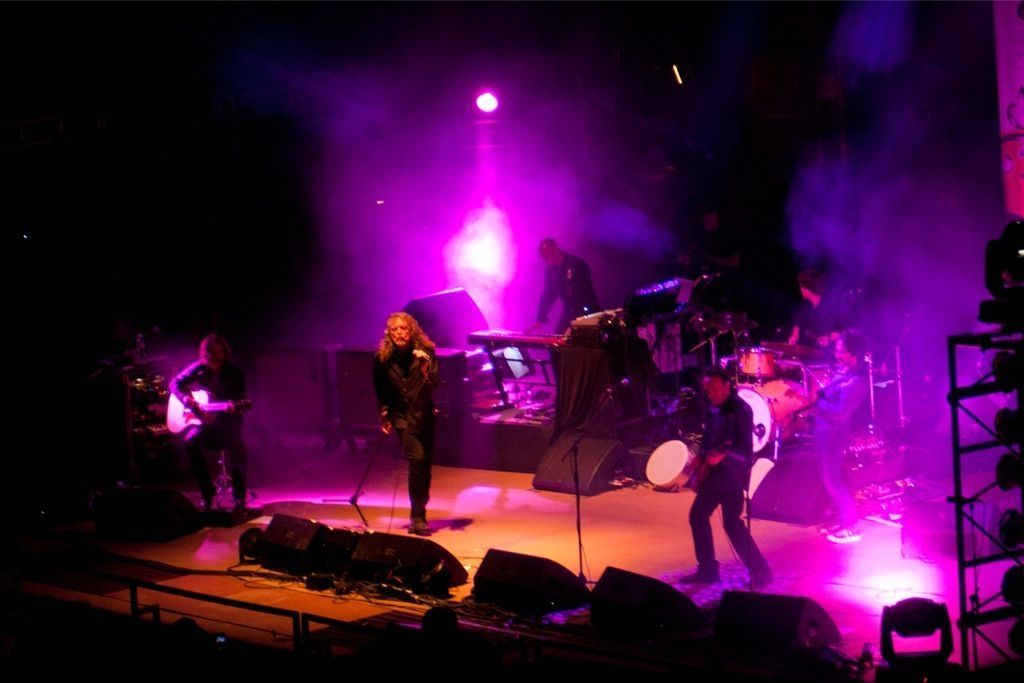 They then slipped into the first few chords of “Going to California” as Zeppelin fans sank into nostalgia and Plant crooned the tune, remaining faithful to its original style. The band also stayed true to the Zeppelin sound during “Friends” and “Whole Lotta Love,” in which Tyson wowed on one of the  most recognized guitar riffs of all time. The band did take liberties with the song and peppered in samples of “Who do You Love,” before heading back into the “Whole Lotta Love” melody.

“I forgot about the altitude,” Plant huffed and looked up through the red cliffs. “Hey, up there it looks like the misty mountain top.”

The allusion didn’t go unnoticed as the crowd continued to appreciate Plant’s zany comments. At one point he even kindly greeted a moth that flew into his face. Plant showed us all that at 64 years old, he can still perform with all the excitement and energy of a twenty-something.

Plant and the Shifters closed with an encore cover of “Satan Your Kingdom Must Come Down” and the ever-popular Zeppelin anthem, “Rock and Roll.” A couple sitting in front of me waved incense sticks and embraced. They told me they’d just seen Plant at High Sierra Music Festival in California and drove eighteen hours to see him again only six days later. Why?

“Because it’s Robert Plant at Red Rocks, man.” And it was Sensational.

Make sure to check out our gallery from the show and find your picture!