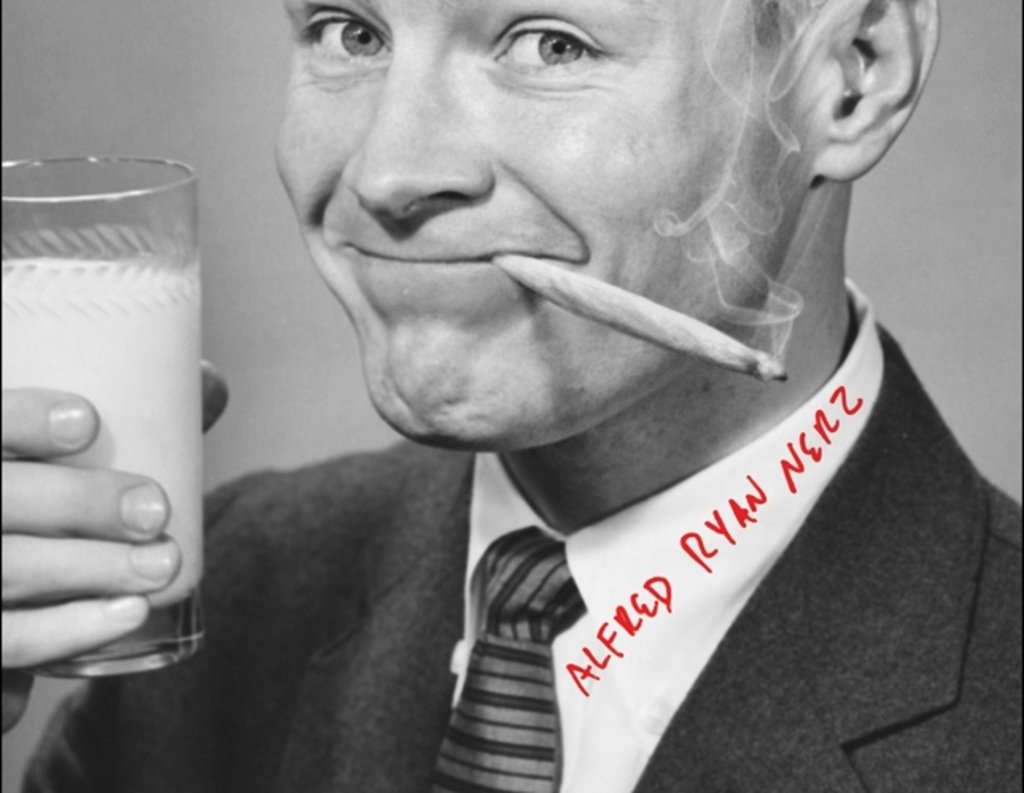 Did you know Uncle Sam is a pot farmer? Or that every major pharmaceutical company sold cannabis products until 1937? That the plant’s early enemies were blatantly racist? That when marijuana was first “banned,” not a single lawman ever actually voted to criminalize it?

Critics will either call Alfred Nerz self-indulgent or the more flattering “Gonzo-esque” for blowing much of his load on the relief of his $35,000 credit card debt via a trunk-heavy cross country trek (let’s just say he “chauffeured” a lady named Mary). Still, Marijuanamerica offers up valuable factoids and nuggets of wisdom—even for a highly educated “chronnoisseur” like myself—throughout its trip. Its THC IQ is 420.

“I really enjoyed geeking out with growers. There’s some who take ladybugs, put them in sugar water, shake it up so they can’t fly, then let them just eat spider mites. Once they gobble up spider mites, they spray them with water to loosen their wings so they can fly away. That’s awesome. Weed growers in Northern Cali have been using praying mantises to kill off predatory insects for years. They have mantises that they’ve named which become like pets. Certain studies claimed that stoned drivers were actually more cautious than sober drivers. Learning about cannabinoids that don’t have psychoactive properties but do have healing properties was interesting too.”

Nerz was most moved by his interview with Mieko Hester Perez, the mother of an autistic child who controversially decided to medicate her son Joey with infused food. Think pot brownies.

“What are the symptoms of his autism? He can’t talk, he can’t walk, and he fully stopped eating. But he looks healthy now. From her perspective, cannabis got him to start eating. There were a lot of positive side effects. For the first time, he acknowledged the dog, he responded to music. She didn’t expect any of that. All she wanted to do was get him to eat and to save his life. If anyone doubts the medical efficacy of marijuana, there’s no question anymore. Whether you can scientifically prove it, to me, is beside the point, because there’s just so much anecdotal evidence.”