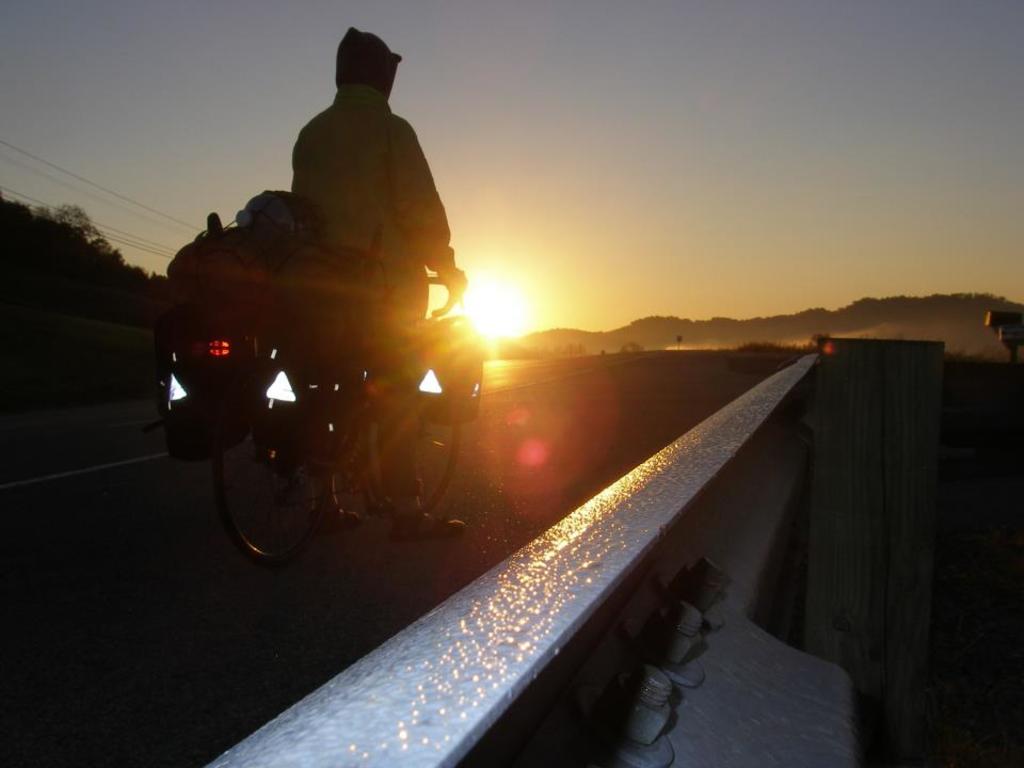 (In case you missed the start of the journey, catch up HERE)

By now the much needed pit stop on the outskirts of Santa Fe was a distant memory: The bland billboard reading “Annapurna” “Healing food” with a street name as the only directions flashed in his head. In New Mexico it got him and his riding companion Sara through the last 20 miles of an endless U.S Route 285 and to their next meal, the subject of countless miles before the sign of salvation. 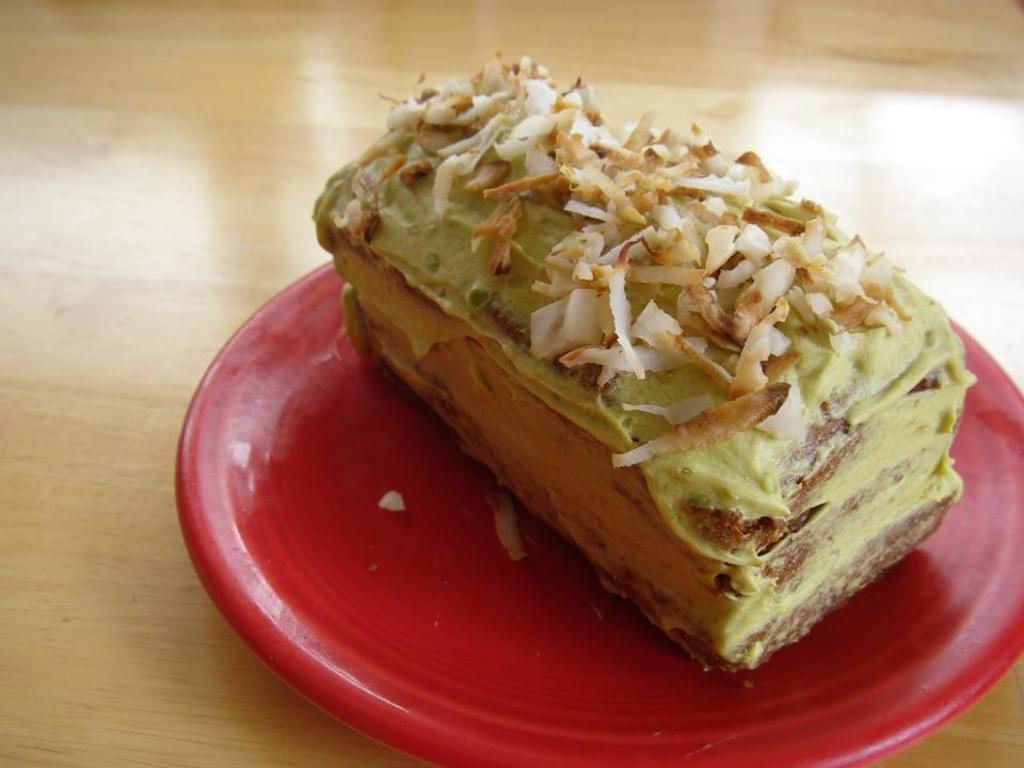 Avocado cake was a rare treat.

“The tire is fixed in just a few minutes, then it’s back to riding south through town. We find ourselves at Santa Fe’s downtown limits; we look left, then right. We choose right. We go down just about a mile or so and to our bewilderment there it is– in small red letters in the middle of an almost equally small shopping center with the same name as the one on the billboard. We jet towards it, park the bikes out front and stumble into superb sounds from the tabla and are lured the rest of the way by a hot chai aroma. We order some ayurvedic meals to aid with digestion, strengthening and healing the body, as well as preserving a very happy mind.”

His focus again was the road, a serene mind and figuring out that damn map. About 20 miles out on the first official day of his endeavor, Dulin pedaled with confidence after being slingshot out by two friends who saw him off from his time in the Pacific Northwest. A debacle with a sign that Dulin was sure must’ve been wrong and unfamiliarity with a new city fittingly found him lost. The day was full of twists, turns—somehow all the wrong ones—misleading directions, a zig when a zag was needed and back tracking to get back on track.

Determination and craftiness would set him on the right path again. With the asphalt finally passing below him miles at a time, he was on his own once more. No one to look after and no one to look after him; only himself to express himself to. Dulin concludes his thoughts on the solitude with simplicity:

“I know I’m a good listener, but sometimes I just wish I’d shut the fuck up.”

Last few miles for the day

The terrain although calming and beautiful became tiresome and repetitive, miles and miles of golden hills and bright blue skies with random houses dotted along the way can only be picturesque for so long. The heat beat down steadily, the occasional town had little to offer other than a small break for the occasion. The path had been a straight shot for a while, unlike the pinball route of the first two days, but near Wilbur, Wash. the ride was starting to catch up with his body. Aching knees, a swollen left Achilles, the cry of coyotes in the dark and a chaffed backside only to be outdone by a chaffed set of stones were all reasons to give up on this unsponsored, unpublicized and unrelenting trip. But he didn’t. Instead he set up camp for the night and nestled into his tent to dream of his next meal—Spokane is where he decided he would have it. 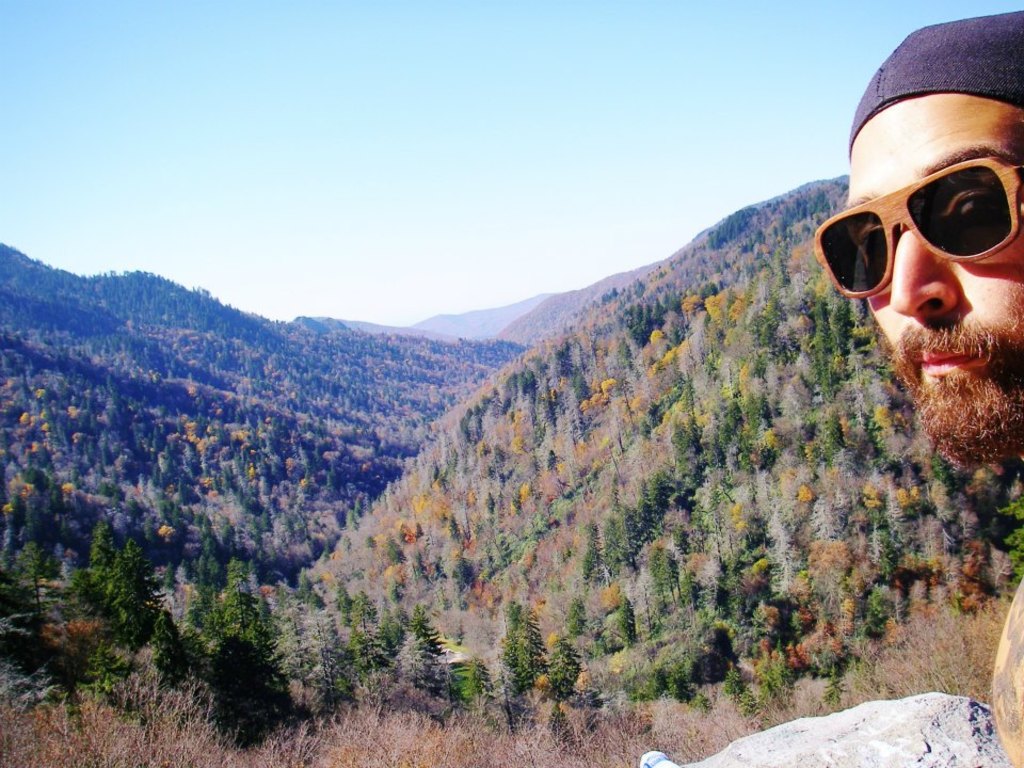 Photo bombed by himself in his own photo

A ceviche and seaweed salad in Spokane provided some much needed nourishment (How he never broke down and ordered a big greasy burger is beyond me). The heat was disorienting enough without having to change his route several times before deciding to stray from his plan and cut through Idaho rather than Montana. South on Highway 27 and cut to 95, that was the new plan—it would take him just about all the way to Boise, then he would take a familiar route to Wyoming and before he knew it he’d hit Ft. Collins and breeze through Denver for a long awaited break with friends. He had it pictured in his head and saw it all laid out on the map; he knew it wasn’t going to be as easy as he was letting himself believe, but mental breaks were just as important as the physical ones.

Dulin capped the day at just under 90 miles. With a cozy spot spotted in some tall grass between the highway and someone’s private property he decided to call it a night.

“I stood atop a few sturdy layers of pine needles doing Qi Gong and watched the sun set.  A cool coconut water for the day’s last fuel, tonight I drift to dream world, tomorrow Idaho.”