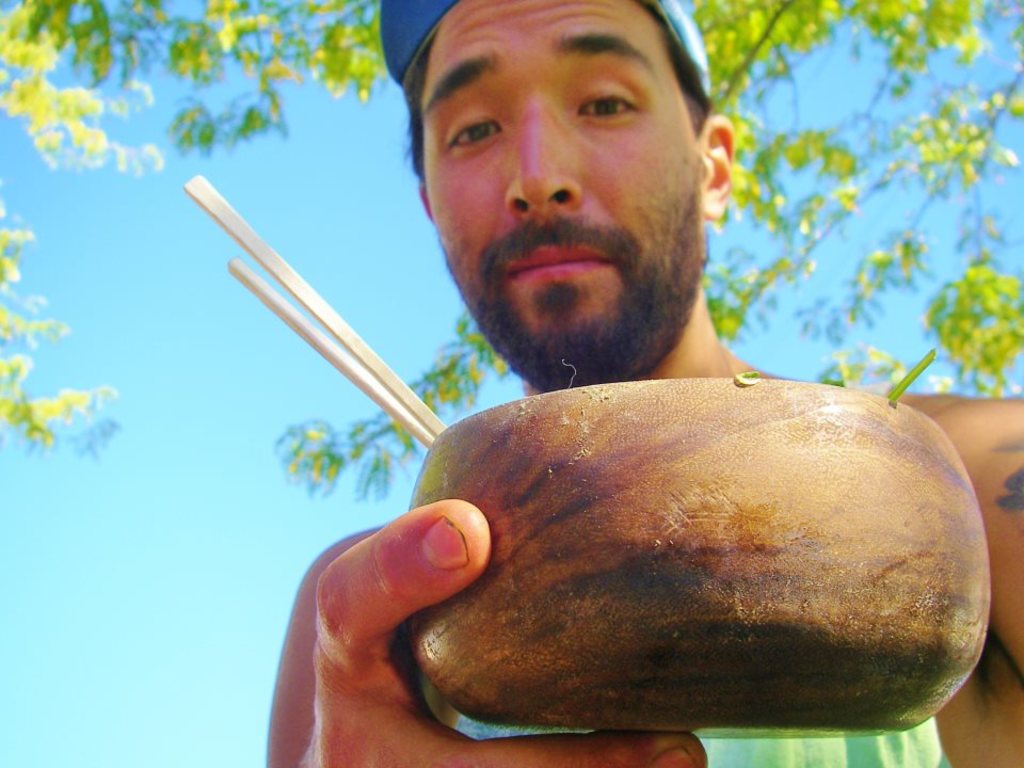 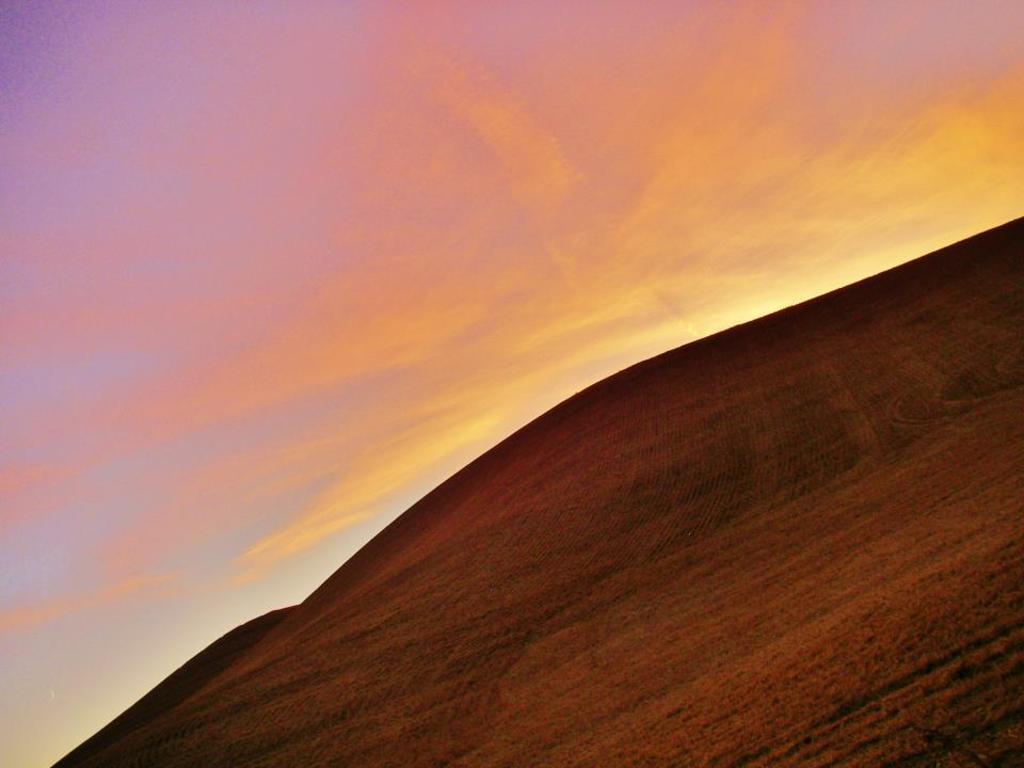 A beautiful sunset over hills somewhere in Washington

He’s not the first to do it; he won’t be the last. But there is something enlightening about the way he accomplished it. Forrest Gump did it on his feet; Matt Dulin did it on a bike. The urge to get up and move can be consuming, can make you restless– will finally make you do something about it. Much like Gump, Dulin caught the sudden bug to flee. And if you’re not quite sure what I’m talking about yet, you should watch the classic Tom Hanks flick again.

Matt Dulin is not a professional cyclist, he’ll humbly tell you that he’s not even an amateur cyclist and aside from a healthy lifestyle he’s never had any formal training to propel himself across the U.S. on a less than competition worthy bicycle.

Jaded by the status-quo and fearful of living a monotonous existence of grey repetition, Dulin decided “enough is too much.”

(And if you caught the reference there, Dulin will gladly be your friend.) So he set forth, not with the intention to pedal across America, but with the intention to live organically.  An esteemed career for many, Dulin quit his job as the sushi chef at the Downtown Elway’s and swapped it for life on a farm in Truth or Consequences, N.M. Otherwise known as “the middle of nowhere.” He had joined the World-Wide Opportunities on Organic Farms, or for short, had become a WWOOF-er. His new goal was to live as naturally as possible while removing the mental shackles the almighty dollar had locked him in. And he was to start this new philosophy on a bicycle.

I caught up with Dulin about a year later:

Matt Dulin and his “lucky bowl”

In a pair of makeshift sandals, shorts that used to be sweatpants, the brightest green wind breaker you can picture, and a face that had all but forgotten about razors, Dulin pulled an avocado from his hand-me-down Army-style backpack to enjoy with the pretzel and IPA he had allowed himself to indulge in during a brief pit stop at Denver Beer Co. Sitting across the table from him, we joked that it probably looked like I was buying a homeless man a beer as I undid my button-up in an attempt to look more casual. We talked about his trip and reminisced, over those double-hopped wonders, about the simplicity of high school. He told me he was making another pit stop in Memphis, Tenn. for a wedding and was worried he wouldn’t be able pull off his current outfit.

Over the left breast in white lettering, his lime green jacket read: “Orcas Island” A souvenir, but mostly a necessity Dulin had picked up at a gas station on the water locked enclave before he embarked on his cross country adventure. A ferry-ride and a chance encounter with a friend had landed Dulin in Seattle, where he was to start the tour with only his bike and a backpack containing every one of his possessions. The night before he left the island he gave away all that he had acquired during his stay and afterward, with the accompaniment of friends, he treated himself to what many would call a proper sending off.

“A giant feast was held. It was a glorious situation full of whole roasted animals, treats and bottles upon bottles of wines and whiskey. I was sure that I’d be starting my bicycle journey dehydrated the next morning. Made the rounds to everyone to chat a bit and show love. There was a quick burst of energy but it faded quickly. The party was dying down, it was harder to find where the crowds had drifted to, people were sneaking off, and the DJ was playing lame music. I made sure to throw on some Outkast over the speakers before we left. It was time to go. Keely and I walked back down a blackened road to her home. I spent my last night on the island with a burning love for a great woman. She had coffee and breakfast for me when I woke up. I gave her a kiss, and she sent me off like a woman does a soldier; sad and proud, knowing she may just never see me again.”

At the whim of a map from 1997, a skinny set of rubber tires and his own mind, Dulin set off on his enterprise, unsure if he would make it, but willing to die trying. 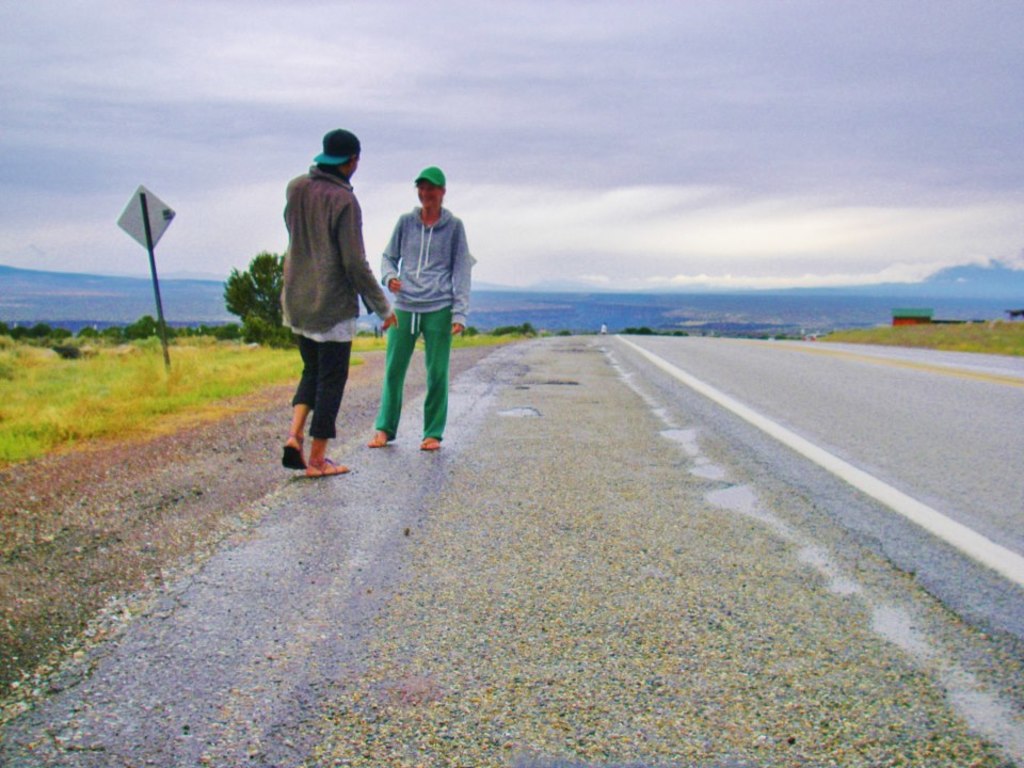