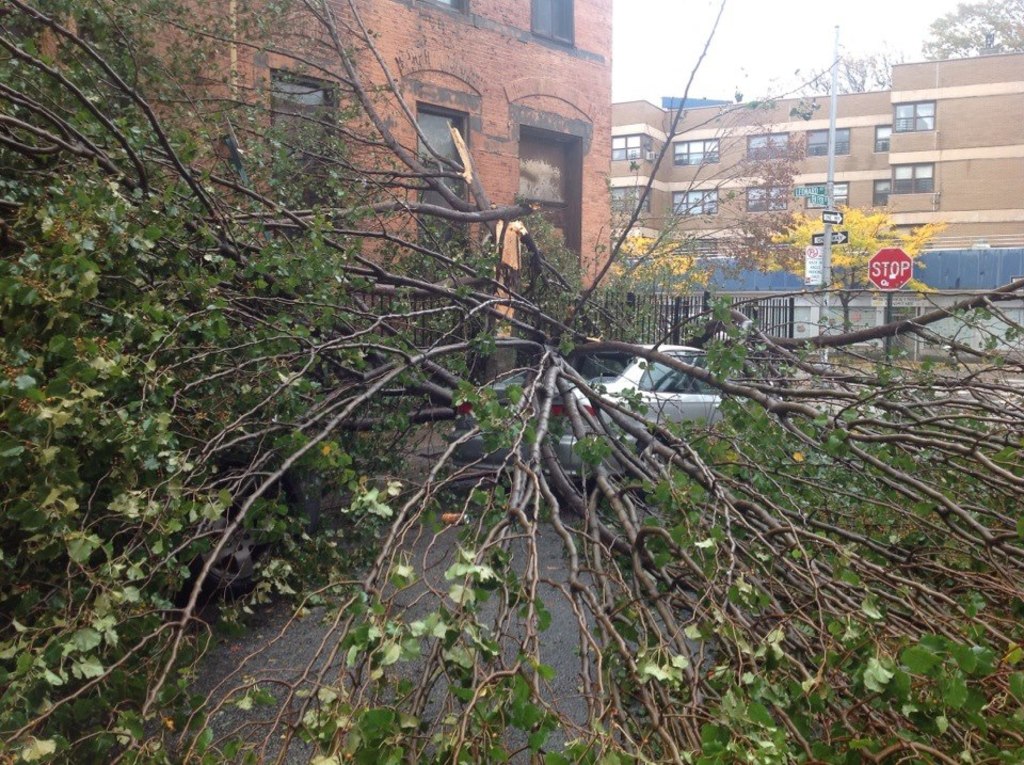 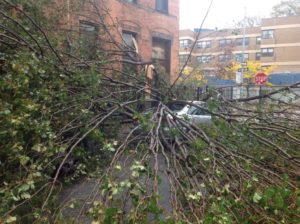 Being in Brooklyn during Hurricane Sandy reminded me of a “life lesson,” if you will, I’ve been working on the last many years. To put it more accurately, been working on stopping from happening the last many years. It’s the concept of believing your “experience” is everyone’s experience, that your experience is the experience. When I say experience, I mean the gamut of human behavior: thought processes, interpretation of others’ actions and words, day-to-day activity.

While hunkering down during the blustery winds and torrential precipitation was, generally speaking, rather safe where I was—i.e., between flood zones but not in one—we all know this was not the case for everyone in the storm. My friends’ Williamsburg apartment never lost power and had minimal, minimal water leakage. In fact, it seems strange to admit now, but I barely knew there was a superstorm happening outside, except when I peeked out the window and saw large drops of water streaming to earth or downed trees split through their thick trunks. Aside for when two of my hurricane hibernation housemates ventured into the storm on Monday night to acquire much needed provisions (egh hem, that’s a major exaggeration…these items were hardly much-needed, they were more like creature comforts to make riding out the storm in small quarters with eight adults not more bearable necessarily, as we were whoopin’ it up inside, but just to raise the fun meter if the storm did in fact grow increasingly worse), and returned to the apartment drenched, busting through the front door, yelling about having witnessed a large tree snap in front of their very eyes and essentially smash a car parked on the street, my life hadn’t changed all that much from the previous day. Sure, I didn’t head into Manhattan as many times as I had intended when I booked the trip last month, but I, honestly, had as much fun visiting my friends as I had intended when I booked the trip.

This was my experience.

I realize, though, that the seven other adults I was with were having their own experiences. At least one’s (a male friend) “inner Budda” was challenged after spending four days with four very outspoken, very commanding, yet very hilarious (if I don’t say so myself) women inside the moderately-sized, first-floor apartment. And yet another’s experience involved romantic relationship turbulence coupled with the tempestuous natural disaster. For me, having plenty of food, water, wine, wit, laughs, reruns of Arrested Development, board games and friends with robust vocabularies—the last an absolute requirement of my most cherished friendships—kept me in a positive headspace (that is, as long as I was able to book a new flight so I could return to my man, my life, my yoga, my job back in Denver in a timely manner).

Now we all know what the rest of New York and New Jersey and other eastern seaboard states were experiencing during Sandy: people lost power and are still without it. They lost their homes to wind and flooding and fire. They lost their businesses. They have no gasoline for their cars, so traveling to work is nearly impossible. Far worse, they lost loved ones. Can’t imagine what any of that is like; hope to never be faced with circumstances like this again, though that becomes more and more unlikely as the temperature of our planet rises year after year.

So, now back in Denver, in LoHi to be specific, having an almond milk Americano yesterday with a friend after a late-morning yoga class, talking about my trip to New York (she used to live there and experienced Irene last year), about her burgeoning yoga business, my relationship, her relationship, you know, normal friend talk, she related a metaphor that she recently saw on Gaiam about Don Miguel Ruiz and The Fifth Agreement that puts all this in perspective.

Possibility of Interpretation in Just One Mind

This linked blog post explains it from the show, but here’s my quick version:

the thoughts that are going on in your head are not the thoughts that are going on in others’ heads about the very same situation or occurrence. The actions that you take are perceived by others differently than they are perceived by you. The way that you perceive someone else’s actions or words are not how they perceive their own. What one person experiences inside an apartment during a hurricane is not what you experience, even if you spent every waking hour together over the course of three days, contributed to and heard the same conversations, ate the same food, drank the same wine, played the same game of Scattergories. And what you experience in that tiny apartment is not what someone half way across the country is experiencing as they relate to/find/consider their own role in your combined experience.

This concept presented in another way, rather simply, in How Yoga Works: Healing Yourself and Others with the Yoga Sutra, by Geshe Michael Roach & Christie McNally, page 109:

“Yoga is learning to stop 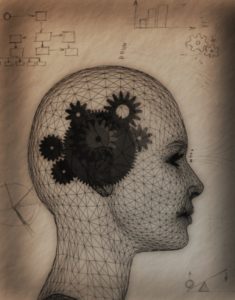 Prior to Sandy, a question was asked of me during a time of challenge in my relationship, “hey, can you tell me something…why were you not upset while that insert any upsetting situation that has ever happened to you in your relationship here was going on between us?” The answer to the question: of course I was upset. I was hurt and sad and yet, applying these concepts, this yoga “lesson,” I was not twisting the events that caused the hurt and sadness around in my mind. I was not allowing my interpretation of things, my personal experience to be the last word, to be the only truth. I was viewing the situation, hearing the questions and sentiment that were posed to me, and I was accepting them as a truth, but not as the only truth. I was seeing our joint experience as partners from my eyes and I was seeing that this man was seeing the exact same experience between us from his eyes, which means that it looks different than it does to me. I mulled it all over, of course, visualizing the opportunities in life where I could use this experience to better myself and better my interactions with others, and yet I did not allow this upsetting situation to become me. And I didn’t allow this upsetting situation as viewed and interpreted and presented from his perspective to become me.

Being able to recognize that the mind can and will turn every experience all around till it’s twitsted up and unrecognizable, if you let it, allowed me to remain calm and not overanalyze the situation and not turn it into something that it actually is not. I accepted my partner’s truth just as that, his truth, his interpretation of the circumstance between us. And so, in the end, I remain me having my experience in our relationship. The ability to not allow oneself to be emotionally twisted up by what the brain wants to do with what it sees and what it experiences, recognizing that perceived experience and perspective is surely your own but not grounded in much more, removing the mind’s desire to flip stimulus on its end:

“Learn to withdraw the mind

From your physical senses;

Freed from its ties

The mind can arrive

At its own real nature.”

“Stay in that one pure thought,

And never forget it;

That single most important thing:

Of being what they are