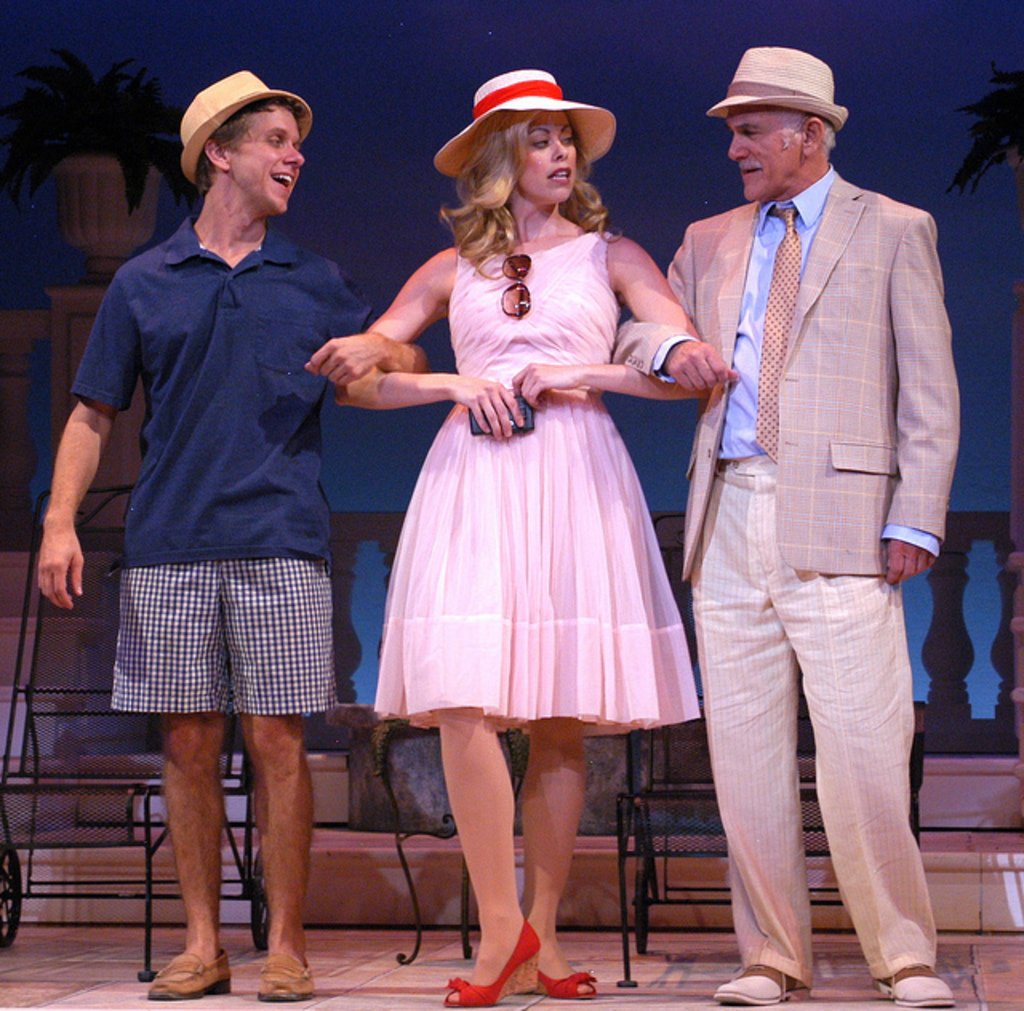 Dirty Rotten Scoundrels at the Arvada Center is ALL about the CON. Lawrence is a suave, smooth talking con man with a pretty sweet set up in Beaumont Sur Mer in the French Riviera. With his sidekick Chief of Police Andre Thibault, he relieves various rich debutantes of their precious valuables. The year is going well for Lawrence until the vulgar American shyster Freddy steps off the boat. From the first meeting in the cafe between Lawrence and Freddy to the final reckoning, the two get along like oil and water. 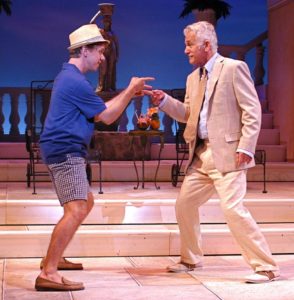 Lawrence detests Freddy’s crude attempts at conning women and would like nothing more than to see Freddy move on down the coast. Freddy, after discovering that Lawrence is much more of a successful con man than himself, desires to have all the “Great Big Stuff” that Lawrence has. Freddy blackmails Lawrence into teaching him the big cons. After a con goes awry Lawrence and Freddy decide that the town is not big enough for two con artists and wage a bet for the fate of Beaumont. The bet? Be the first to swindle $50,000 from Christine the “Soap Queen.” Winner takes all.

From the very beginning, choreographer Kitty Skillman Hilsabeck delivers drama and intensity in her tension filled opening, showcasing beautiful partnering skills and forecasting the high intensity that will soon follow. Clare Henkel, Brian Mallgrave and David Nehls all do a fantastic job as always really bringing us into the world with their costumes, set design and music direction.

Ben Nordstrom plays Freddy, the American shyster, and he is certainly no slouch, his physical humor and small stature are a perfect balance to Dennis Parlato’s smooth and charming portrayal of Lawrence. Parlato is bigger than life as Lawrence — we almost don’t want him to show his moral side in Act II. Gary Lynch, as his henchman, the unscrupulous French inspector Andre, creates an amusing side story involving a most unlikely romance.

Nordstrom starts out with a rousing musical number, “Great Big Stuff.” He, Parlato and Lorinda Lisitza give a hysterical turn in “All About Ruprecht,” with Nordstrom posing as Lawrence’s mentally challenged brother. Laura E. Taylor really belts out “Love Is My Legs” with Nordstrom and the ensemble, all of whom seemed to be having just as much fun as the audience. The revelation of the mysterious “Jackal” and the final scam, while to some may seem predictable, is full of hilarious twists and turns and are nonetheless great fun. 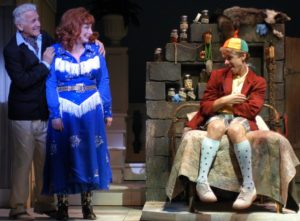 Dirty Rotten Scoundrels plays now through September 30th at the Arvada Center and then moves to the Lone Tree Arts Center.