The School of Sweat Hot: Don’t Look a Yogi in the Eye

What, pray tell, is a yoga blog doing under the category of “personal training” you ask? To be fair, it is cross-categorized to stand on its own in the yogasphere, too. But, I adamantly believe that yoga is a part of balanced diet for any one who is seeking overall fitness. And guess what, guys? Men do it, too. While you were busy focusing only on your chest and arms at 24 Hour Shmitness, the world turned and a couple things shifted: Men care about fashion. Men workout their lower bodies. Men practice yoga. Although, they may say something more a long the lines of, “I do yoga,” rather than practice. (You, see, men still consider innocuous words to be emasculating, and in so doing, they actually become less accurate. But, I’m sure the next time the world turns, they will get over that, as well.) Oh, you boys. 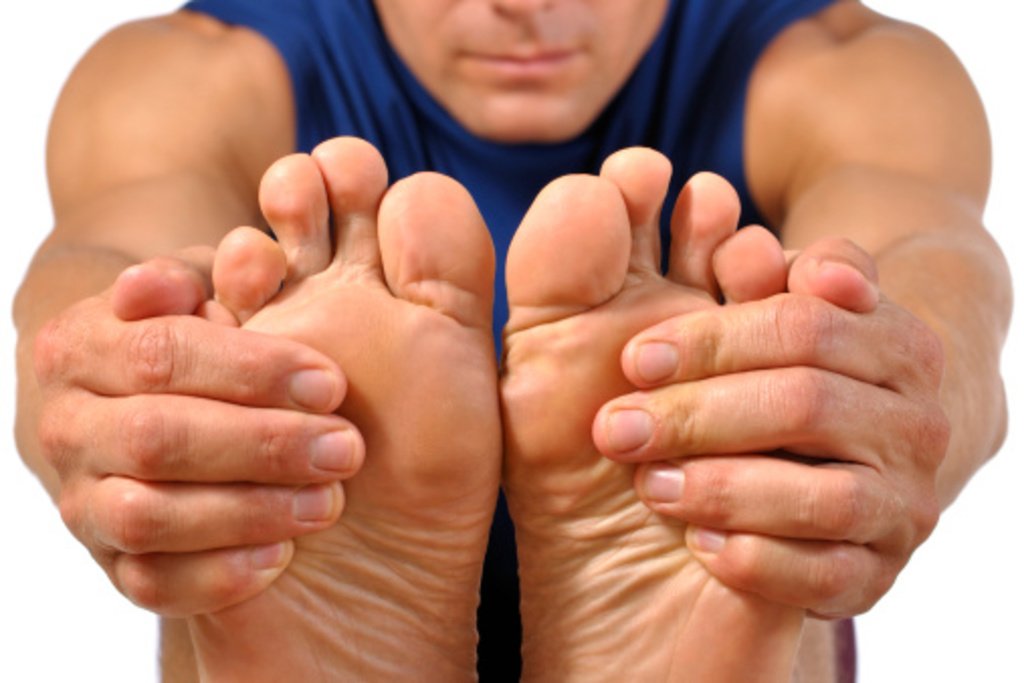 But, really. Ever seen a buffed-up beef cake, walking around, swoll, but he couldn’t straighten his arms, let alone touch his toes? It scares me. Imagine the effects of this in the bedroom. I mean, women have enough on their plates in terms of responsibility before hitting the sack–birth control, nips, tucks, lotions, candles–now we have to accommodate a man’s…tautness? Especially after he went through all that work peacocking? Foiled again! But, seriously.

One of the things I love most about working out at The Lab is that they regularly incorporate yoga into everything we do. Essentially, Matt D’Amico and the gang–Heidi, Ryan, Brooke, Tyler, Roger, Julie–live by the same core philosophies one finds at the center of yoga. And, the core is core. Every single movement relies on strengthening your center bits. But, even more directly, yoga movements show up all the time. Just yesterday, Tyler said to get into a Runner’s Lunge while doing rows and simultaneously pressing down on a Smith ball. I know–every time I describe a movement, it’s a mouthful. During Gut Checks–The BodyLab’s version of a slow, painful death that you’re really excited to sign up for, which focuses entirely on the abdomens–we often roll out our spines the same way a yoga instructor would encourage you to do. And, it’s no secret that every type of plank has made its way into the fitness world.

Honestly, I’m not entirely sure why I’m trying to convince you of the importance of yoga. It seems intuitive. But, as soon as The BodyLab moved to it’s 8th and Lincoln digs (Seriously, it’s such a cool space. Walk by it sometime.), they knew that yoga would be a part of it.  The BodyLab’s yoga room opens with these amazingly dramatic and tall double doors covered with velvet curtains. Fancy. And, inside, pretty light fixtures mix in with the urban building. It’s quite lovely. Plus, the schedule is incredibly accommodating and their are so many instructors–including two of the trainers, Ryan and Roger, and an especially large number of male instructors–that I can’t imagine that something wouldn’t work for you. And, you can sign up for classes online without being a BodyLab member. Though, I guess if you yoga-ed at The Lab, that would make you a member. 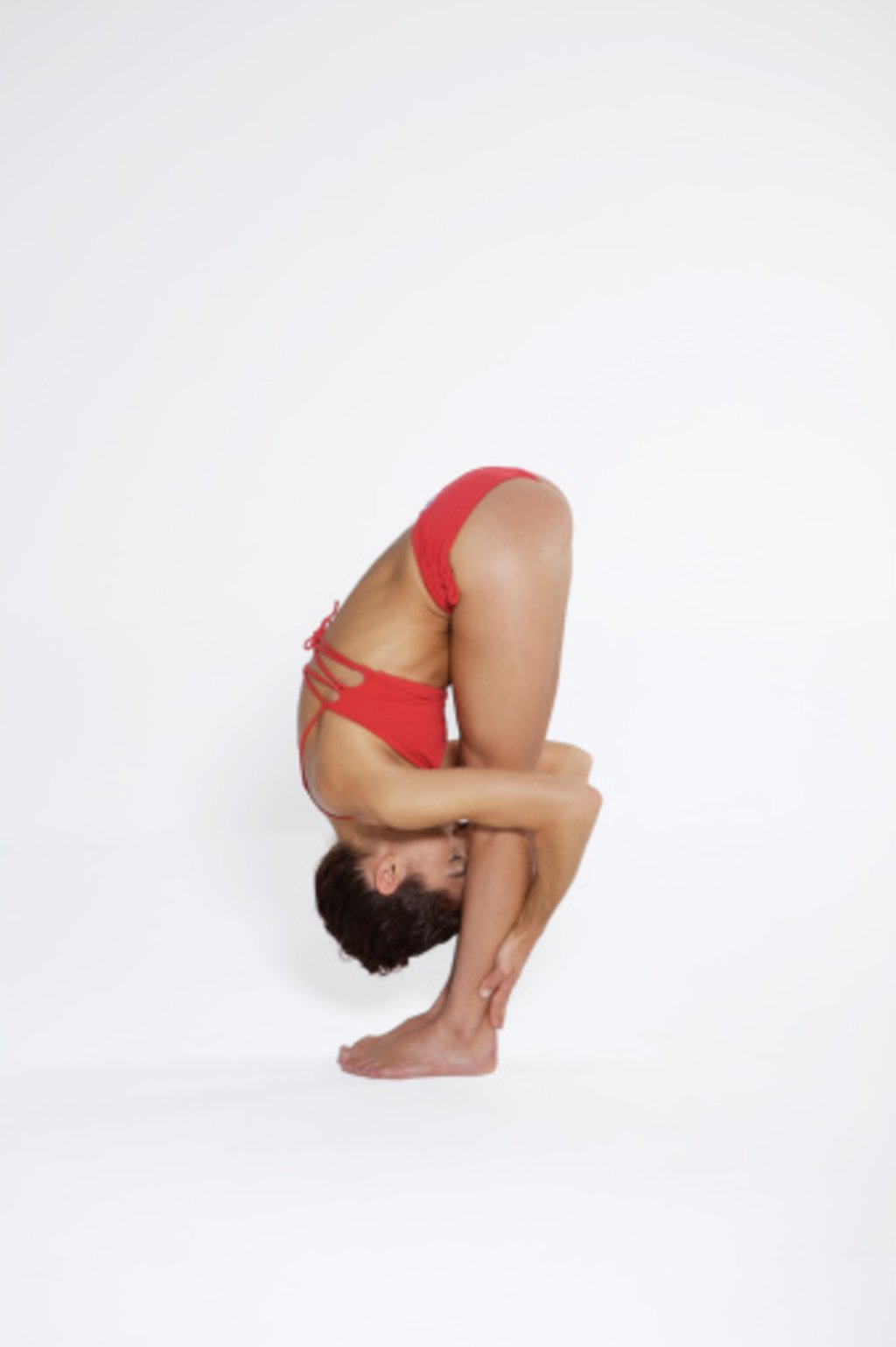 Extra points if you can do these. Yee.

Roger and I was nervous. I haven’t been keeping up with my practice as much as I normally do and I have had a hamstring to ass injury for awhile now–which is part of the reason I’ve avoided yoga. Yoga takes no prisoners as far as that particular area is concerned. And, my Yoga in the Park experience hammered that in. So, I got up at 5:15 a.m. the following day to practice with Roger and I had trepidations about my flexibility, and then I realized something. Roger totally knows what I’m up against. Sometimes, I feel like yoga instructors want me to go harder or stand stronger or engage fuller when my intentions are to supplement and lengthen. Now, don’t get me wrong–I want to be pushed. But, the instructors at The Lab have a bit of a stronger connection to physical training, more so than most other studios, because they can see it. It’s happening in the next room. And, at The BodyLab it’s insane looking. So, these instructors are intimately aware of the fact that I’m supplementing my practice with training, or my training with practicing (however I choose to perceive it on any given day). I was suddenly very comforted by this fact. I’ve always preferred a more physical practice, always craved intensity. But, I’ll sometimes workout for two hours and show up to class with a stronger focus on stretching my muscles than strengthening them, because they are so fatigued. And not that I owe anyone and explanation and not that I need to have my practice be anything but what I need it to be, but it was nice that I knew that my instructor was super plugged into fitness.

Now, doing a physical training class at The Lab goes like this: Explanation of movements. Repeat. Painful warm up. First phase of workout. Jumping jacks during explanation of second set of movements. Second phase of work out. Painful cool down. But, in a yoga class–if it’s a good one–there’s usually a little chat. Something the instructor wants us to focus on during class. In Roger’s class, he was talking about making the “higher” choice. The one that might be more painful, but the one that is better, more. These speaks to me. To everything I just talked about. Taking it deeper, stronger, fuller when necessary, and going light when I need to. And, their were people in the class who were first time yoga students and that made me incredibly proud for them and The Lab. These folks would never have found yoga without The Lab. In class, Roger pushed me harder than most instructors do. He pushed me right into the pain…in my ass. I gasped, my mind fought it, but it’s where I needed to be. More so, it was a huge reminder that I love yoga. It serves me in every way. It’s not the pain in my ass.

Laura Standley is the editor in chief of 303 Magazine. She’s been blogging about fitness since January 2011. To read her past blog posts, click here.