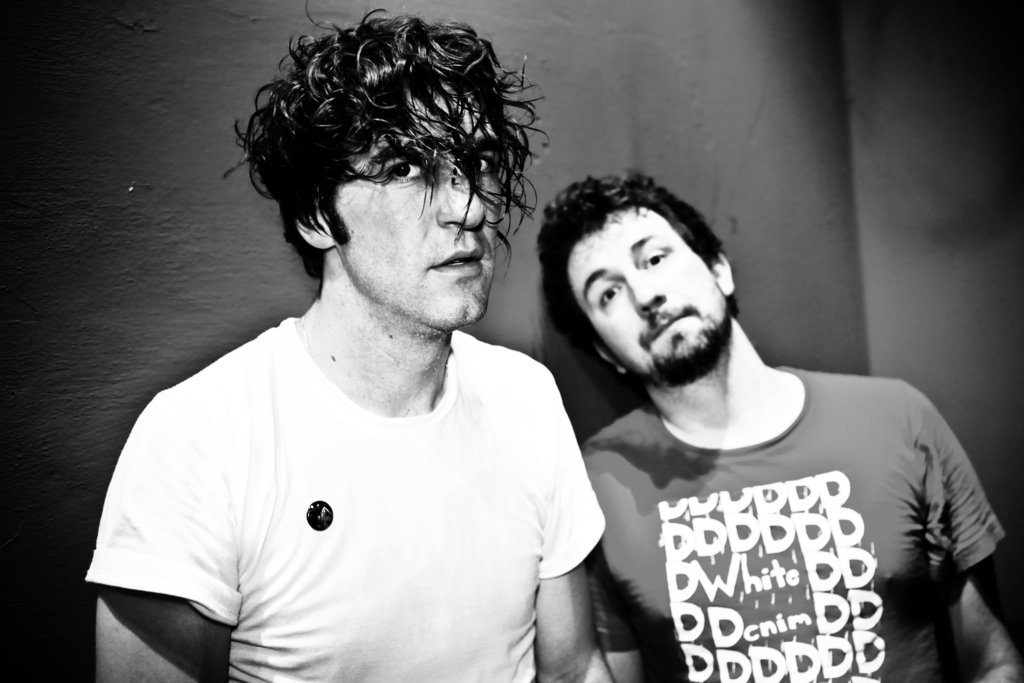 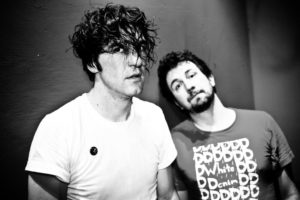 Taking three years to record a highly anticipated follow-up album is a risky move. Will the buzz wear off? Will fans still care? For Vancouver post-punk duo, Japandroids, the risk was worth it, as they prepare to play a sold-out show tonight at Larimer Lounge.

Currently on tour in support of their new album, Celebration Rock, the band has received plenty of critic praise for their sophomore effort. Japandroids – Brian King (guitar, vocals) and David Prowse (drums, vocals) – used the same formula for recording Celebration Rock as they did with their stunning debut, Post-Nothing, recording at Vancouver’s Hive Studios with engineer Jesse Gander.

“We really enjoy recording at The Hive and like working with Jesse, so in that sense, we didn’t feel any pressure to change the way we recorded the new album,” Prowse says. “We did feel a lot of pressure to maintain our live sound on the new album. We view ourselves as a live band, so we weren’t interested in bringing in session musicians to play on the record because it is just the two of us playing live and touring.”

Prowse said the success of Post-Nothing also weighed on him and King while recording Celebration Rock.

“For the new record, we were very aware that a lot of people had become attached to Post-Nothing. People are really drawn to Post-Nothing and love that record,” he says.

An unexpected hit, Post-Nothing won over critics and fans alike with King’s earnest lyrics and the band’s bold, raw sound. Initially, Post-Nothing was intended to be a send-off of sorts.

“We were in total insecurity making Post-Nothing,” Prowse explains. “We felt like we had made something great, but we weren’t on the verge of any kind of major success. We were planning on just putting out Post-Nothing ourselves, maybe pressing just 500 copies or something. We had no idea it was going to take off the way it did.”

“This time around, we had people who liked our band and we didn’t have that pressure when we were recording Post-Nothing,” he says. “We wanted to prove to ourselves and to everyone else around us that the success of Post-Nothing wasn’t just a fluke and that we could write another album that we were really proud of.”

Understandably so. A large reason for Japandroids’ success is the band’s loyal, enthusiastic fan base. Japandroids consider themselves to be a live band, encouraging fans to sing along and get involved at live performances.

“We’re lucky enough to have fans who want to actively participate at our shows. Our fans don’t stand around at the back of the room with their hands in their pockets – they’re up at the front getting sweaty and singing along to the songs with us,” Prowse says.

Fan interaction is what encouraged King and Prowse to make Celebration Rock more focused on vocals. Tracks like “The House That Heaven Built,” “Fire’s Highway” and “Younger Us” thrust the vocals to the forefront, encouraging listeners to shout and sing along with King and Prowse.

“The new record has a lot of parts that are great for the audience to sing along to. With the first album, we kind of did that on accident, but with Celebration Rock it was much more intentional to encourage audience participation and keep the live feel to the album,” Prowse revels. “It’s such a special feeling to have your fans singing along to all of your songs.”

It’s not just the powerful, anthem-esque melodies that attract fans, many of whom are in their 20’s. King’s honest lyrics resonate with fans, documenting experiences so many young people face: the fear of growing up and growing old, falling in love and consequential heartbreak, and the urge to resist settling down.

“A lot of our lyrics are about being that age when you aren’t exactly young anymore and you’re making that transition to being grown up,” Prowse says. “Your friends are getting jobs and getting married and you’re coming to grips with that time in your life.”

Prowse’s advice for Japandroids’ 20-something fans?

“I don’t have my shit together either, so don’t worry,” he laughs.

Tickets for tonight’s show are sold out. Doors are at 8 p.m. Show starts at 9 p.m.