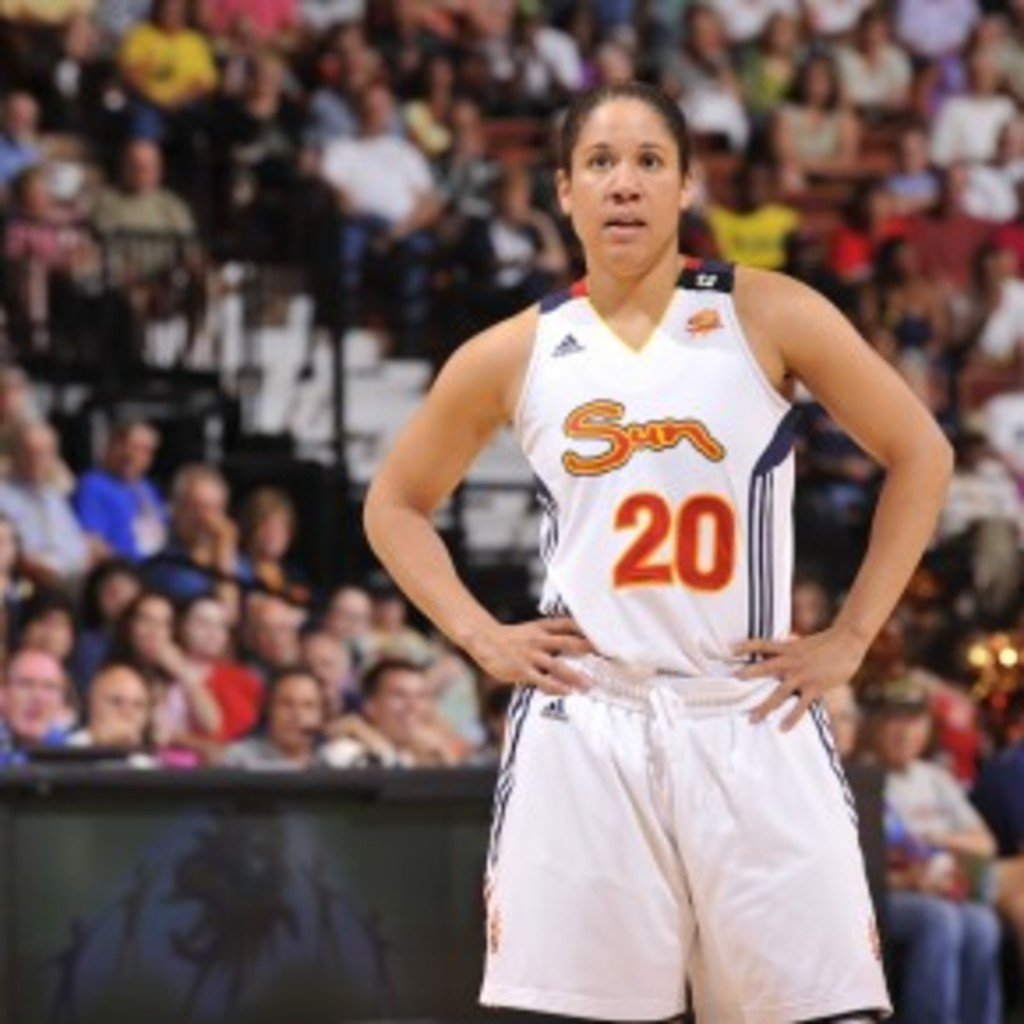 After weeks of wearing nothing but our college team colors, eating only bar food and anxiously counting our points from our bracket pools, it is finally the weekend we have been waiting for. The NCAA Final Four tournaments are kicking off in their respective cities, first in New Orleans with the men’s teams and then in our little town of Denver with women’s. Tip-off begins on March 31 for the semifinals for men’s with the championship on April 2. Women’s semifinals begins on April 1 with the championship on April 3 as March Madness of 2012 breathes its last breath.

In the midst of said madness, I was fortunate enough to be able to chat for a few minutes with Kara Lawson, no stranger to the NCAA Final Four, both as player and analyst. Lawson, from Alexandria, Virginia, played basketball at University of Tennessee and helped lead her team to the Final Four in 2000, 2002 and 2003. Since graduation in 2003, she has played in the WNBA with the Detroit Shock and Sacramento Monarchs, where she was added to the WNBA All-Star Team in 2007. In 2008, Lawson went to Beijing for the Olympics and helped the USA win gold. After the Monarch’s 2009 season, Lawson signed a three-year contract with the Connecticut Sun, which she trains for all year. In addition to her professional athletic career, Lawson has a second career as a basketball analyst. She began as an analyst immediately after college with basically no experience. She started small with seven or eight games a year. This evolved over time to games every week, and now she’ll be spending all week on set with Trey Wingo and Carolyn Peck for the tournament. They’ll be taping segments for SportsCenter, ESPN.com, pre-game shows, halftime shows and shows before the semifinals and the national championship.

I caught Lawson after a workout, which she does six days a week on the court, with three or four days in the weight room. Conditioning is done on the court with sprints that are timed as well as timed rests.

“I have to get my body to perform repeatedly at a high level,” Lawson says.

If she can get two workouts in a day, she does, but with her ESPN gig, it is usually once.

While getting her body into kickass shape, Lawson has recently become a vegan. For five months now, she’s been focusing on natural foods and using as much raw food as possible (Check out her blog at lawsonwellness.tumblr.com). I ask about her protein levels.

“That’s an interesting question, because I actually get that all the time,” says Lawson.

Ooo, a writer called out about an uncreative question.

“I’m not a believer that you need a lot of protein to work out. When I became a vegetarian I wondered, am I going to perform effectively as a professional athlete?”

Lawson’s protein consumption was cut in half and she monitored her body fat percentage as well as muscle mass. After three months, she had lost three percent body fat and gained muscle mass.

Can’t argue with that.

With such a huge part of her life devoted to getting her body into peak condition and seeing the positive results of working out and eating right on a daily basis, it is not a surprise that she has worked with Michelle Obama’s Let’s Move campaign and that she works with kids to help them understand the importance of being active.

“Kids don’t have a long attention span,” Lawson says, “and kids don’t want to be talked down to. Their parents and teachers do that all the time. I don’t want to be just another person in their day. I want to tell them things they don’t already know, like eat breakfast.”

Am I the only one who woke up every morning thinking about chocolate chip pancakes?

As a professional athlete, kids look up to Lawson as an advocate for personal health and fitness and as a role model on the court.

“This is a great platform to be able to impact people,” says Lawson. “They watch how you play and how you react to things, like a cheap shot, a bad call or winning or losing. I have to represent myself and my family the right way. I have to be very efficient and committed as a professional athlete.”

And this weekend, Lawson will be watching with the rest of us as the Final Four do just that, in hopes of proving that they are the best of the best. Tune in April 1 and watch Notre Dame versus UCONN, followed by Stanford versus Baylor. Who are you rooting for?