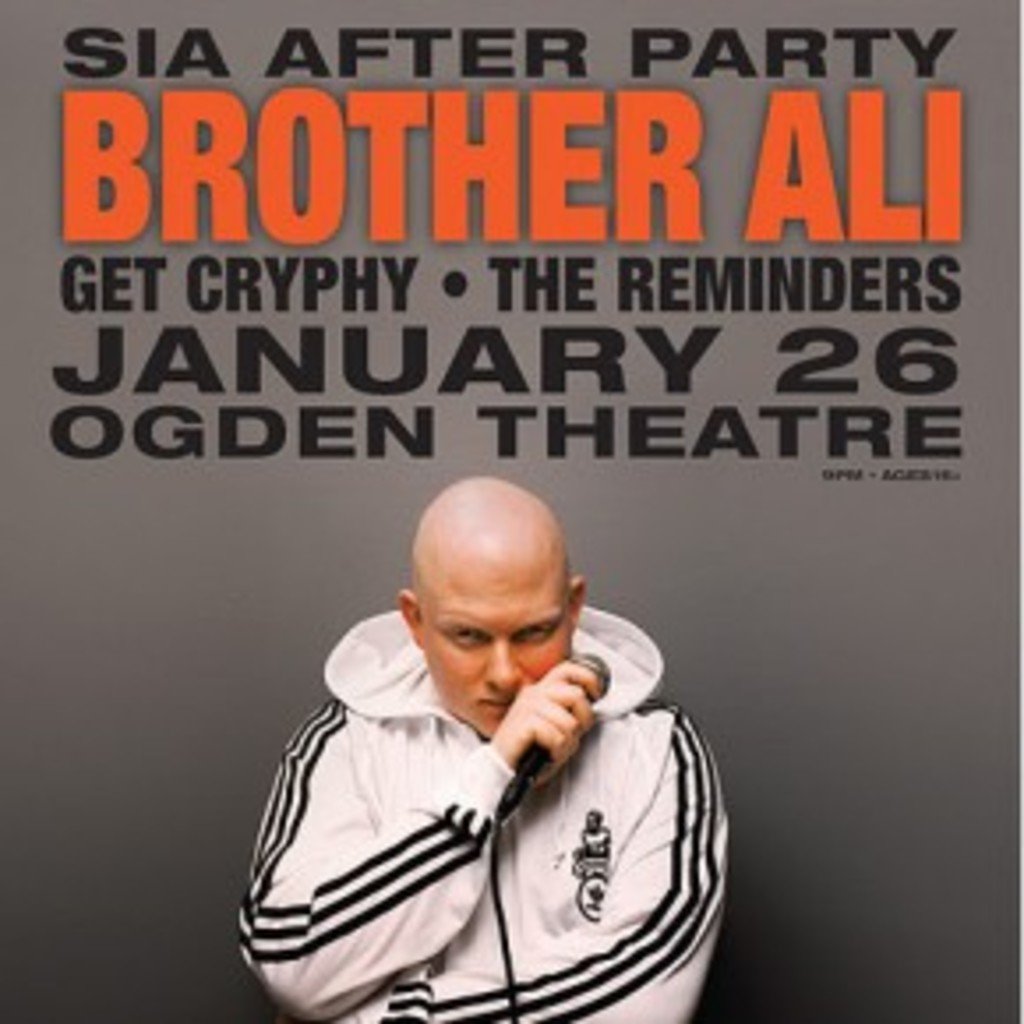 Brother Ali’s album, Us, is one of the best hip hop albums ever. Before you even read on, go buy it. I’ve said it before and I’ll say it again: if you do not enjoy Us you don’t have a heart.

Brother Ali is coming to the Ogden on January 26th with Get Cryphy (who are playing at Red Rocks the following night) and Denver’s own The ReMINDers. If you need a reminder (see what I did there?) of who they are, click right here.

This tour is a precursor to his album with Jake One, Morning In America And Dreaming In Color.

One particular thing that has stuck with me since that show was a video playing during one of his songs. It featured clips of lots of people holding up signs that said things most would consider disadvantages (anything from physical handicaps to mental problems to simple insecurities). Toward the end of the song, those signs were flipped around to show either a way that disadvantage has helped them, a way they’ve overcome it, or things that make life worthwhile in spite of it.

I’m not doing it justice. Rest assured, it was beautiful and moving (and this endorsement is coming from an extremely pessimistic cynic).