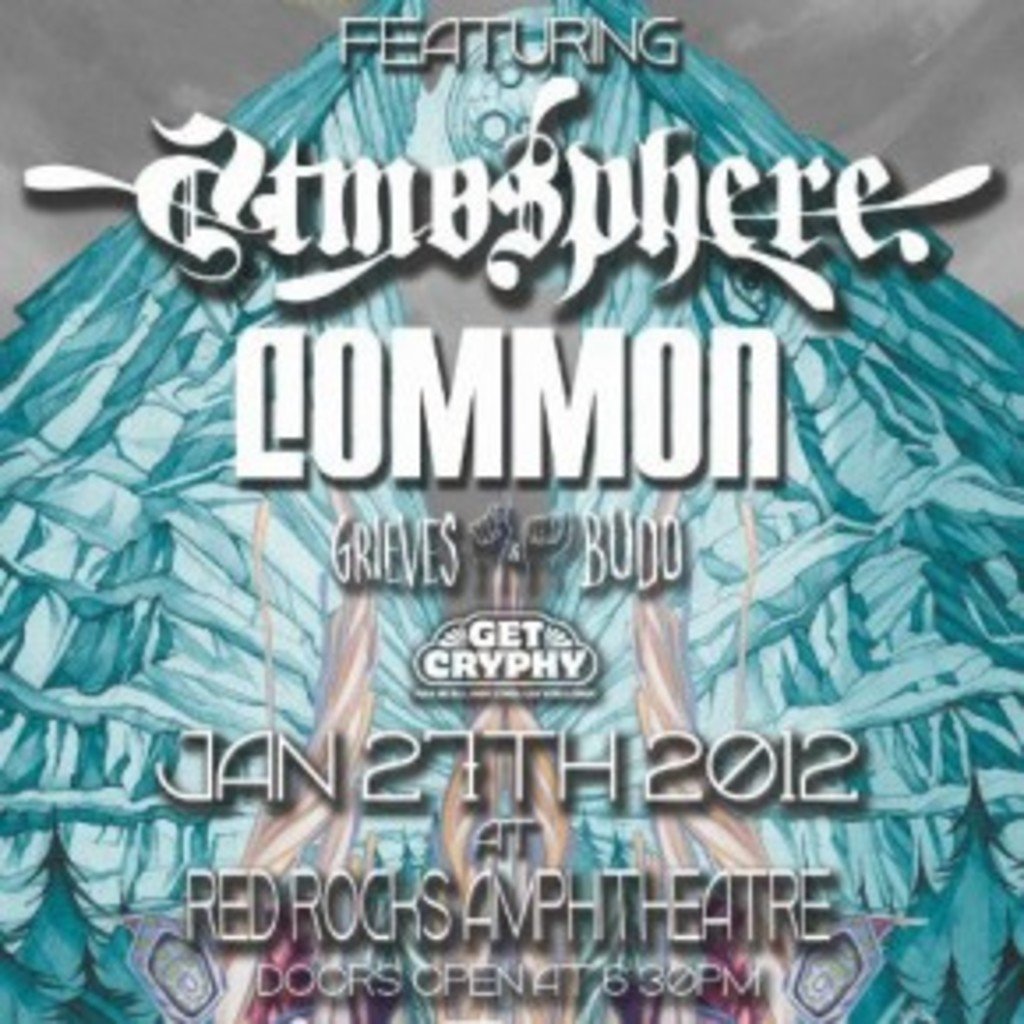 No. I’m not writing about a show in April.

Atmosphere, Common, and Grieves & Budo will be warming up Morrison, Colorado on January 27th for the first ever Red Rocks winter show.

If you’re skeptical about their energy or whether they have the ability to wow you, consider this:

The last time they were here, the duo that brought you Rhymesayers Entertainment sold out the amphitheatre. They also recently released The Family Sign, toured two continents (twice), and played festivals across the country. If that’s not impressive enough, that’s only been their last eight months.

I’m not sure who in their right mind would doubt Common, who has had a year that James Brown wouldn’t even scoff at. He starred in the series Hell on Wheels, read poetry at the White House, published One Day It’ll All Make Sense, started work on albums with both Nas and G.O.O.D. Music, and finished his forthcoming album The Dreamer/The Believer with No I.D.

Let’s not forget Grieves and Budo who will have just completed over 90 shows on three tours over a span of eight months during which they released Together/Apart.

By all means, say goodbye to 2011 however you want. But say hello to 2012 with Atmosphere, Common, Grieves and Budo.

Atmosphere – “Trying to Find a Balance”

Grieves – “Against The Bottom”