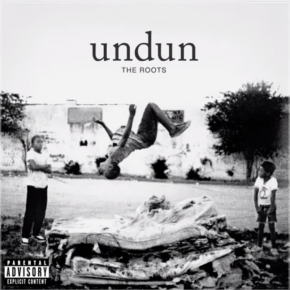 I’ve covered the best local hip-hop and the worst hip-hop songs of last year already. So, now that a lot of you either have the day off or called in “sick,” we should take our last look at 2011 with the albums that should have made it to your iPods.

This was an interesting year for hip-hop where the vast majority of the majors fell flat, the difference between mixtapes and albums became increasingly indistinguishable, and the underground stepped up en masse. Maybe this is a sign of where music will go and how it will be done in 2012.

10 .Astronautalis – This Is Our Science
This is not strictly a hip-hop record by any stretch of imagination. It’s big and somewhat daunting. The urgency in his words and flows moves the entire album forward. The cohesiveness between the emcee and his instrumentals is an indication of the care taken to form an expertly crafted album by one of the most unsung emcees out there. Tinged with electro-pop, blues, and a guest appearance by Tegan Quinn, this album would have to be criticized as unfocused in the hands of the less talented. Fortunately, Astronautalis isn’t one of those less talented people.

9. Childish Gambino – Camp
The hipsters gave this album flack for dealing with serious issues with a “cartoonish flow” and generally creating a “false outsider perspective” while forgetting that Childish Gambino is a former writer for The Daily Show (which would explain dealing with serious issues in that way) and is a black stand-up comedian who plays Troy Barnes in Community. It’s not a false outsider perspective at all. I, for one, found the brevity and wit (of which brevity is apparently the soul of) refreshing in a pool of nonsense topics bogged down by generic, repetitious flows and false-insider perspectives like Drake.

8. Elzhi – Elmatic
Nas inspiration is obviously heavy on the former Slum Village associate’s most recent mixtape Elmatic. As an homage to the New York emcee, it is paid well. As a stand-alone piece of work, it displays Elzhi’s versatility and in some places, feels like an homage to Elzhi’s native Detroit. For those of you that are uninitiated in hip-hop, successfully spinning Nas’ Illmatic to be your own, and doing it well, would be like a rock group today trying to recreate Nevermind by Nirvana. It’s ballsy, but Elzhi was largely successful. Did I mention it’s free?

7. Pharoahe Monch – W.A.R. (We Are Renegades)
Even if Pharoahe didn’t have great lyrics, his delivery would still make you pay attention. Even if he didn’t have a great delivery, his lyrics would still make you pay attention. He’s not a Lil’ Wayne, who puts out 376 songs per year, five of which are quality. He’s the guy who writes 376 songs a year and throws 370 of them away so when he releases an album, it’s all quality. This album is no exception.

6. Jay-Z and Kanye West – Watch The Throne
Admittedly, most of my top 2011 is represented by the 99%. But, just like the real 1%, there are some that have gotten there through hard work, dedication, love, and luck. Jay-Z and Kanye are two such people. If you wanted to get analytical about the album (and I do), much of the album could be seen as a study of power from the view of that 1%. But that might be a stretch. A lot of the songs you’ve heard on the radio are just a good time. A lot of the songs you haven’t are critical looks inward or outward by two emcees who actually earned their 1% status.

5. Kendrick Lamar – Section.80
Kendrick, one of the XXL Freshmen of 2011, has gotten a lot of attention this year. There’s not much I can say about him that hasn’t already been said, such as he has one of the best debut albums in hip-hop, he’s the true successor to the West Coast throne, he combines thoughtful rhymes with pop sensibility, and he’s had the most deserving breakout year of almost anyone in recent memory.

4. Jean Grae – Cookies or Comas
Acting as a preface to her album Cake or Death, this reminds you who the Evil Jeanius is and why you should remember why you loved her the last time you heard her in 2008. Largely filled with Jean flowing over other people’s beats, recent guest spots, and b-sides, it’s one of the few that falls under the “this is definitely a mixtape” label that seems to be fading away, but it’s a mixtape that needs to be grabbed (especially since it’s free).

3. Doomtree – No Kings
The second album by the Doomtree crew lets you know that the collective isn’t CMYMB with two or three talented emcees surrounded by weed-carriers and foot washers. Doomtree is legitimate and each member holds their own on every verse, without fail.

1. The Roots – undun
This, the story of Redford Stephens, is one of the better concept albums out there. Full of imagery and allegory, the album touches on the character’s past as he reflects on his life, and meditates heavily on the free will versus fate argument (framed here in more of a sociological/psychological nature versus nurture context). Interesting and gorgeous from beginning to end, this was a must-have for 2011.

Agree, discuss, or yell at me because Tha Carter IV didn’t make the cut in the comments below!