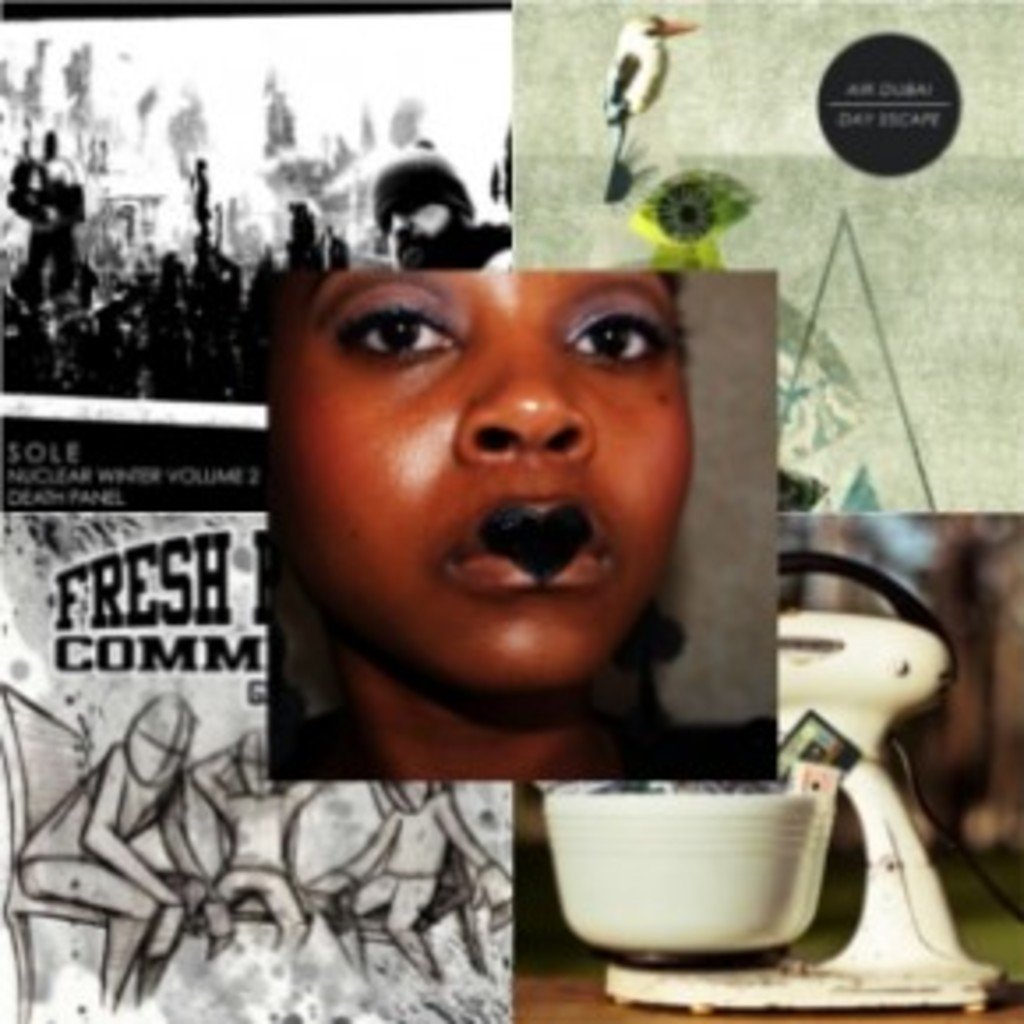 With a hotly anticipated album or huge musical event happening on the national stage nearly every month, it was hard to keep track of what was going on in our own backyards. But, if you weren’t paying attention, you may have missed some gems. Here are my five favorite local releases of 2011 (in no particular order):

Sole’s been following in the footsteps of his new friend, Lil B, by releasing an absurd amount of material lately. #DEATHPANEL is a free one.
Immediately, you can tell Sole is much more world-weary than he was on Bottle of Humans and his sarcasm is simply putting duct tape over a mental dam that is leaking batshit crazy everywhere. Going between a conventional, structured flow and the freeform, rhymeless, arrhythmic flow that he introduced himself to the world with, you sometimes feel that he might snap and release a totally experimental noise-rap record.

If the first five seconds of this doesn’t place you firmly, then you’re not from Denver. Simple as that. The beats are all 72 ounce steaks. The types of beats you’d think you’d need your whole crew to gobble up. Whether it’s a futuristic, synth laden beat or a jazzy Radiohead-sampled number in 5/4, T Minus brings a fork and knife to impolitely gobble the whole thing up and ask for seconds. But don’t blink when Kalyn spits, because you’ll miss ten allusions, references, images, metaphors, or similes, and if you miss them, they’re gone, because this is essentially a hookless EP, my friends.

I covered this EP a while ago, so this will be short and sweet. I said that it was good, but the key to really enjoying anything of Air Dubai’s is to see them play it live. I was right: since seeing them headline The Fox, the EP got even better.

I think the easiest way to describe this septet is Denver’s Slaughterhouse with a production team. Throw on “Bomb Music” and hear what I mean. The album is pretty long, but doesn’t overstay its welcome because it changes between comfortable and experimental, between thoughtful and showy. Where tracks like “Jawbenders” throws down unconventionally, tracks like “Dark Nights” let you know that they aren’t eschewing conventionality, but expanding their palate. Let it be known though, by “experimentation” I don’t mean “throw anything out there.” The songs they experiment on are chicken scallopini already, but they decide to throw on a little cayenne/citrus glaze to make you remember it.

If BLKHRTS was a movie, it would be scenes from “Apocalypse Now” spliced with “Juice.” The production is equal parts Diplo, Rammstein, and flamethrowers. The three emcees (Yonnas, FOE, and Karma) run into every track, covered in kerosene and desperation. Whether you want lyrical technique or a completely different feel from Denver’s hip-hop scene, you’ve come to the right place if you’ve come to BLKHRTS. The group has been getting nods from press all over the country, and for good reason: they are clearly a solid unit with an original sound, and best of all: they’re intriguing.